It's a bit warm for me to be taking a long walk today, over 32 degrees C is too hot for this Englishman, though I have been out and about picking wild blackberries and even found a few greengages. But I did have a trip with Les to Grafham Water reservoir last week which yielded a handful of photos. 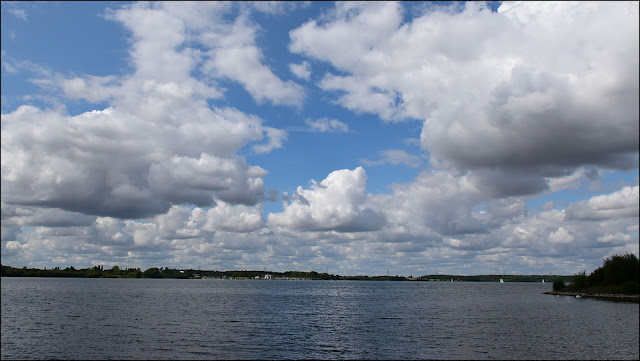 Although its main purpose is to supply water to the ever-growing population, it's also used for sailing and fishing. Migrating birds often stop off here too. 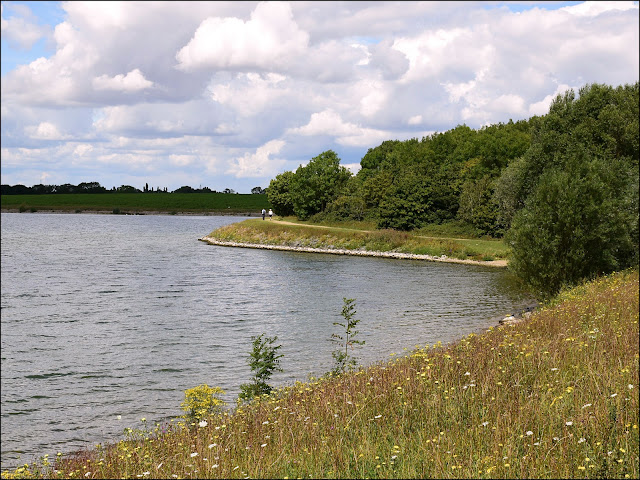 There are cycling and walking routes encircling the reservoir and, although it can get a little crowded around the visitor centres, you don't have to walk far to find relative solitude. 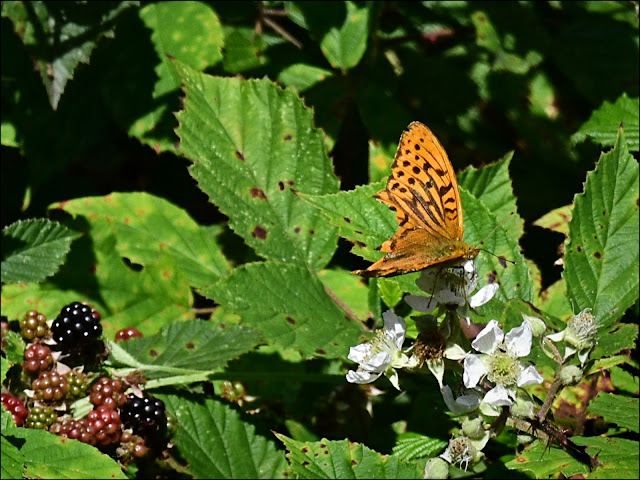 This rather tatty, though still splendid, butterfly is (I think) a male Silver-Washed Fritillary. They are not at all common in my home area and it's several years since I saw one. 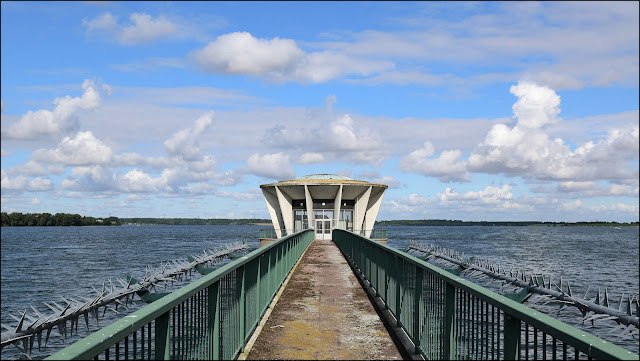 Although over 75% of the shoreline looks natural or semi-natural, that's not the most likely place to see birds. For reasons which only a bird could explain, many of them congregate along the concrete dam and associated man-made features. Along the dam on the morning we were there were Yellow-Legged Gulls, a Caspian Gull, juvenile Mediterranean Gulls, a couple of young Shelducks and a Yellow Wagtail. Usually there's a wader or two as well. 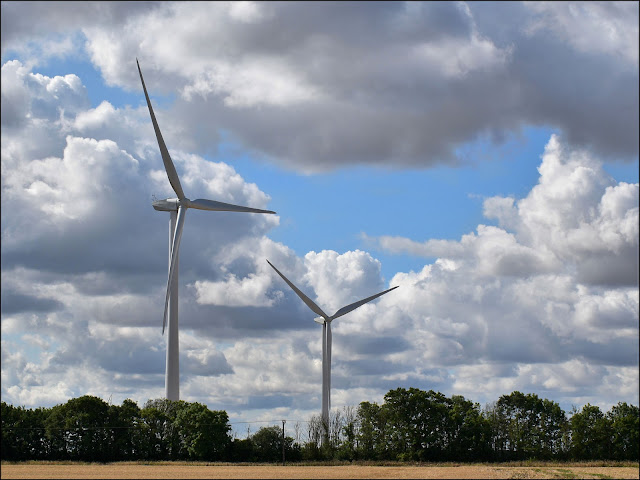 There are quite a few wind-turbines in small groups. They very much divide opinion, but surely they are preferable to sending people down into coal mines or transporting oil half-way around the world. There are also fields of solar panels in the area to produce more electricity. I suspect that it won't be long before birds learn to nest in the spaces between the panels or even underneath them; Collared Doves have already found that they can nest under rooftop solar panels, much to the annoyance of the householders. 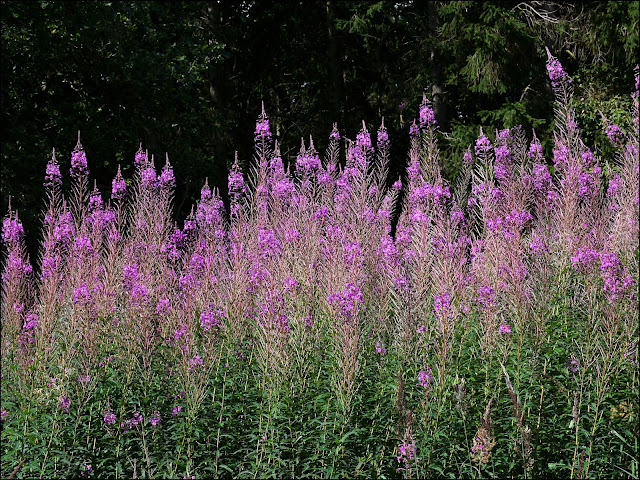 A colourful stand of Rosebay Willowherb growing at the edge of woodland near Grafham Water. 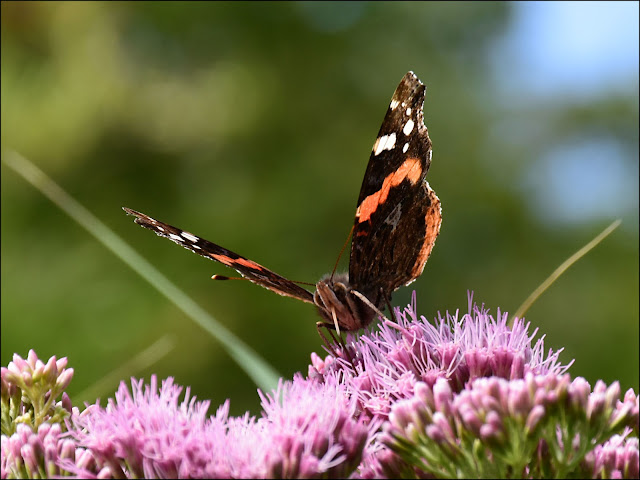 And a Red Admiral butterfly feeding on the flowers of Hemp Agrimony. 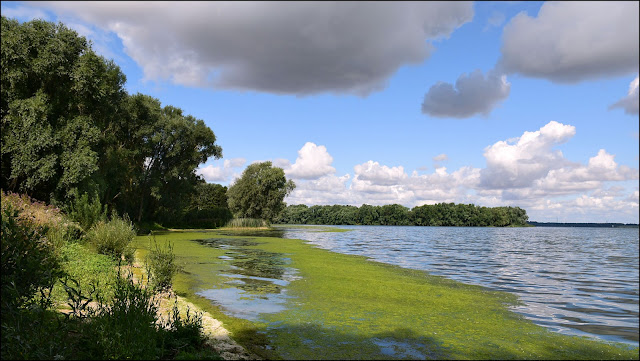 We keep saying that one day we'll walk the complete circuit (about 10.5 miles) of the reservoir, but it'll have to cool off a bit before that.
*******
So that's the "Water", now how about the "Pipes" in the title?
Back in April I introduced you to the Northumbrian pipes of Kathryn Tickell, which some of you enjoyed, so I thought you might like to learn a little more. Let Kathryn tell you herself:
A lot of pipers take part in competitions which are often one of the attractions at agricultural shows and the like. They develop special show-pieces to display their full range of skills. Here's a piece called "Bill Charlton's Fancy" which was written by the unforgettably-named Billy Pigg, one of the most influential players of the Northumbrian pipes. He was apparently sheltering from the rain in a shed when he heard the raindrops dripping through the roof. As the rain increased the drops fell more rapidly and he imitated this effect in his tune. Listen:
And Bill Charlton? He was just someone who heard the tune and said he liked it, so Billy Pigg named the tune after him.
Take care.
Posted by John "By Stargoose And Hanglands" at 14:42