The "Highlands" Of Hertfordshire

The village of Therfield stands just six miles to the south of my house and its elevation is a whole 130 metres higher. You wouldn't think the weather would be much different. 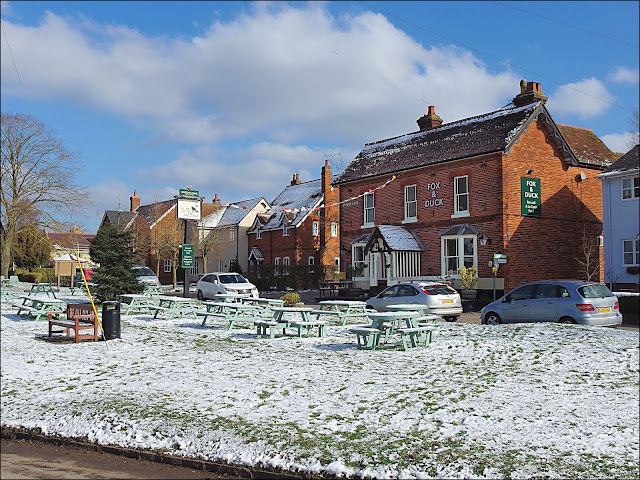 I didn't think so anyway, so it was a surprise to see so much white stuff outside Therfield's Fox And Duck pub when setting out for a walk with my brother Les this morning. Of course it's nowhere near as much snow as some parts of the country had dumped on them this weekend, but it's unusual to see any snow here in mid-March. 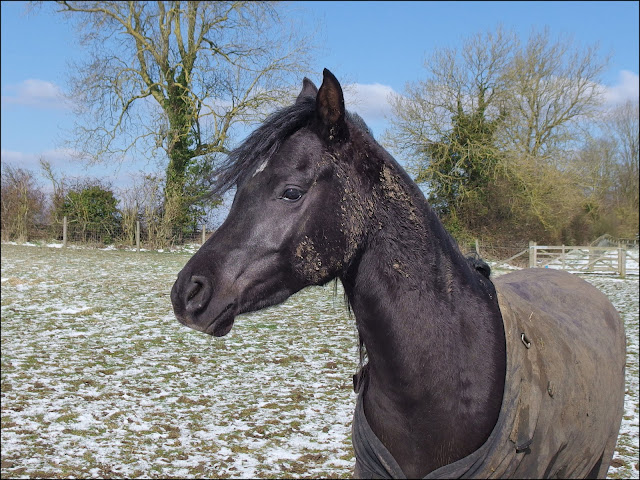 This fine fellow thought it was about time for some Spring weather anyway. We crunched our way across the fields, threading our way through the maze of footpaths in this area and soon found ourselves in the village of Kelshall. 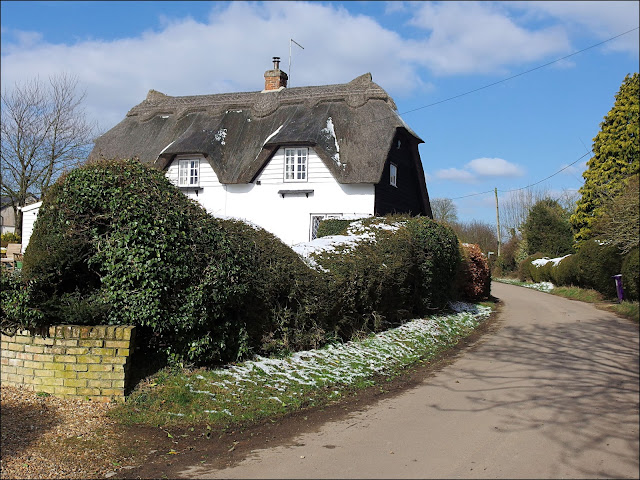 And that was a surprise too because it wasn't where we'd expected to end up! Never mind, we soon re-jigged our route and continued on our way. 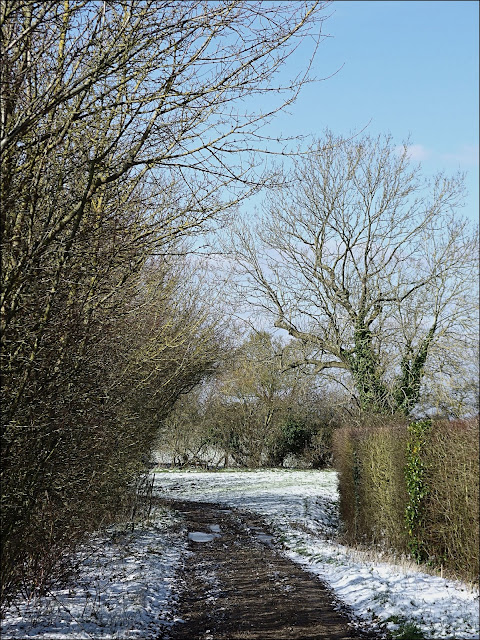 Muntjac deer skittered away and seemed to vanish into the clear sunny air. Buzzards and Red Kites wheeled overhead and across the frosty fields came the sound of church bells pealing in the distance. 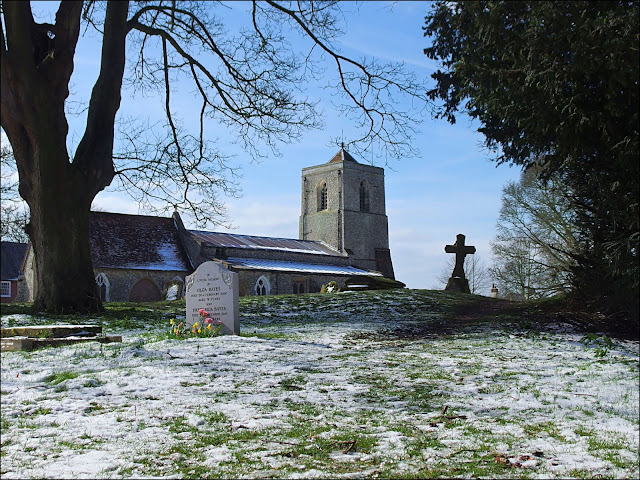 As if called by the bells we arrived in the churchyard at Sandon. 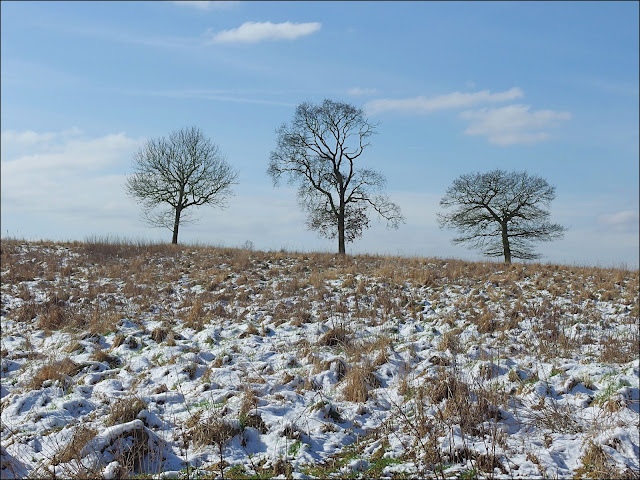 Flocks of Redwings and Fieldfares flew ahead of us as they fed on what few berries are left on the hedgerows so late into winter. 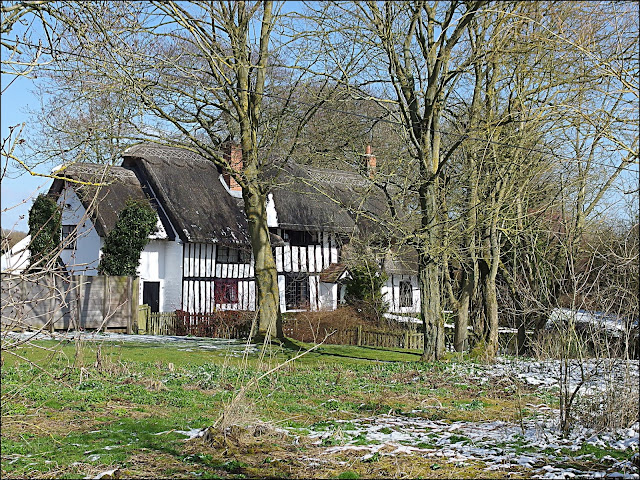 Every so often the footpath emerged on to minor roads leading to homes that are both isolated and idyllic. A lot of these must have been farmhouses in the past but as the farms have grown larger less and less of them fulfil their original function. 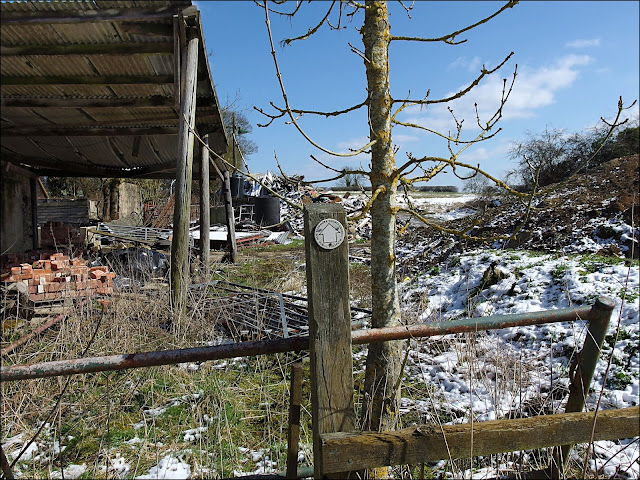 This is the other, less idyllic, side of the coin: a farm stands derelict and ruinous while a footpath sign optimistically points the way through the wreckage. Luckily a way could be made around the obstacle. Come back in a few years and there'll be a perfect country hideaway standing here in all probability. 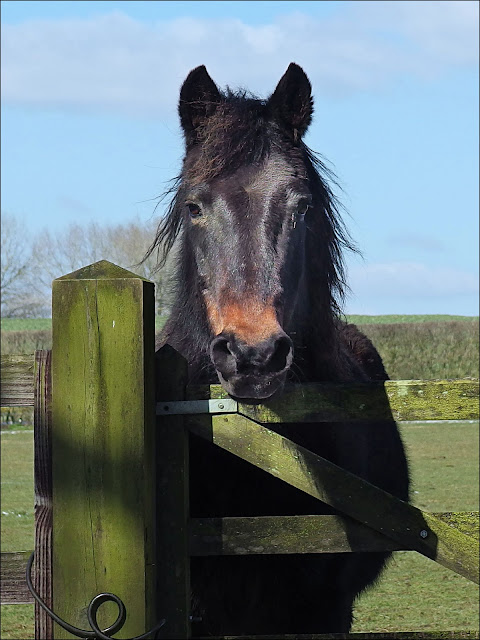 We consumed a flask of hot chocolate while a horse looked on disapprovingly. There are a lot of horses around here, probably more than when they were used as the only means of power and transport on these farms. 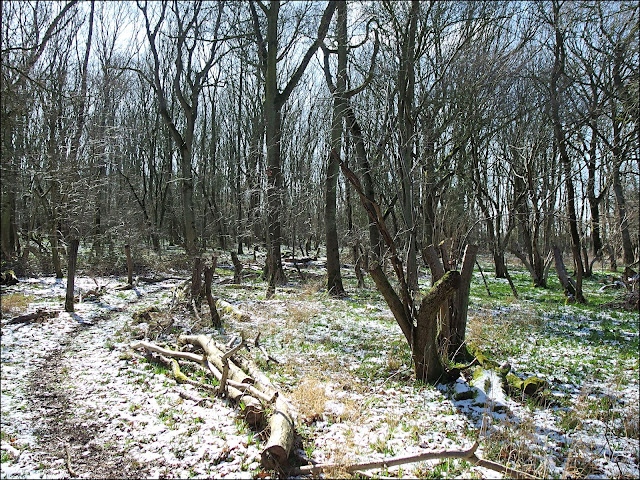 We passed beside Hawkins Wood, one of two small nature reserves on today's route. The other, Blagrove Common, is home to many wild orchids later in the year. (Please remind me to investigate in late-May or June!). 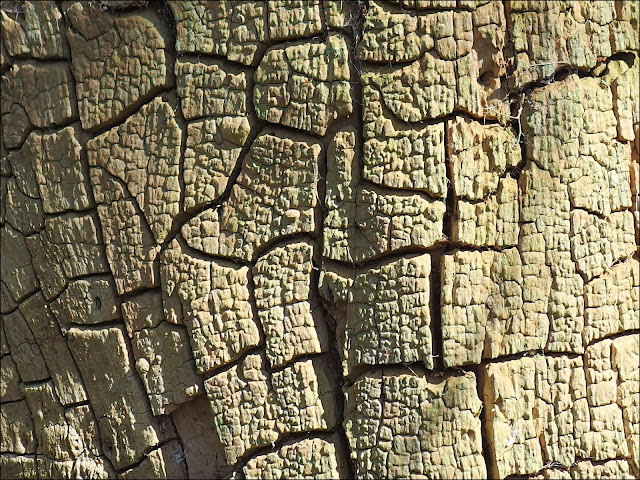 I found this curiously cracked tree-stump beside the way... 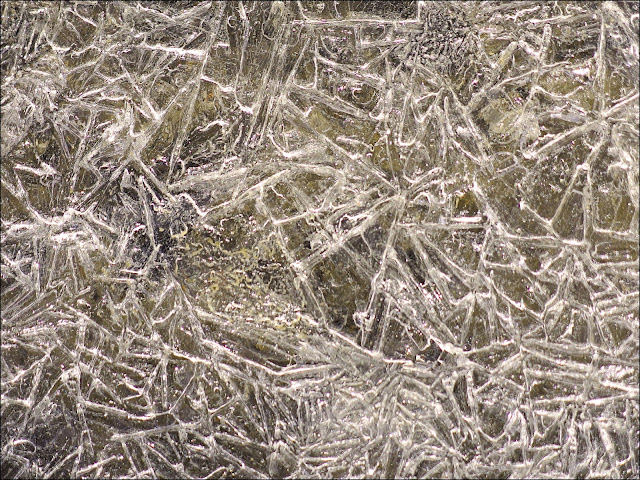 ......as well as some astonishing ice-formations on the little stream that ran alongside. 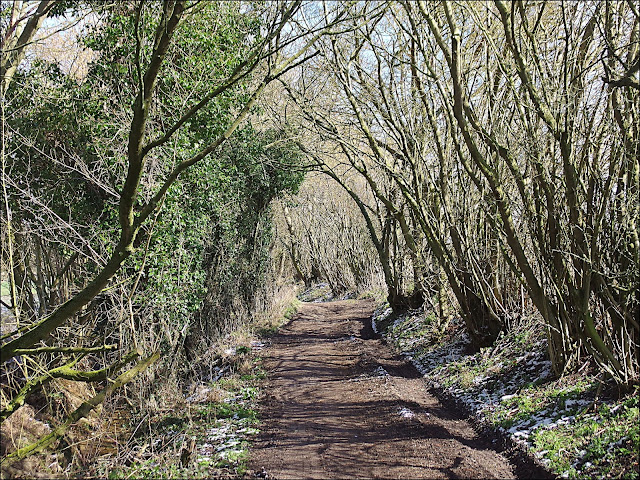 Much of our route back to Therfield followed old sunken lanes kept open by the occasional passage of tractors and other farm vehicles. As you can see the snow has gradually been thawing during the day. 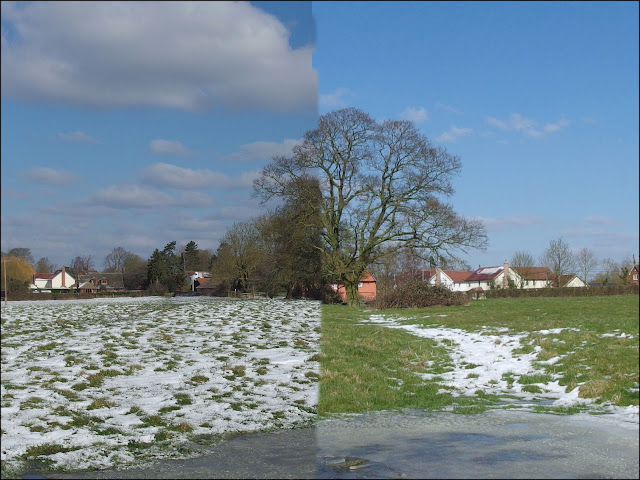 The above is a compound image - on the left the view as we left Therfield at about 09:30, on the right the same path when we returned at about 13:00. 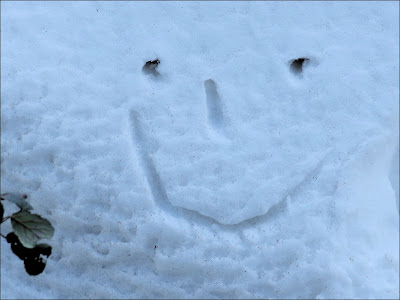 Posted by John "By Stargoose And Hanglands" at 18:39