"A ride" as in my 20 minute journey on the train.
"Hitchin" as in the town of Hitchin in Hertfordshire. 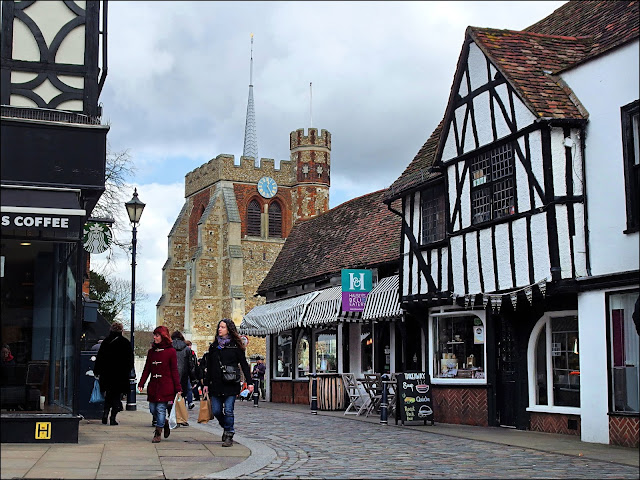 Hitchin is a town that I rarely visit though I've no idea why that should be. It's a lovely little town which has retained its historic centre more or less intact. 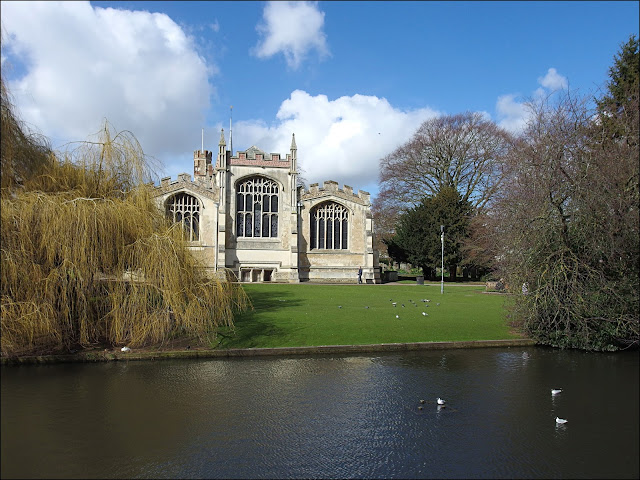 It has a large church, St Mary's, which stands squarely in the centre of town alongside the little River Hiz. The river is thought to have originally been the Hitch, but when the Normans compiled the Domesday Book they either couldn't pronounce it or couldn't spell it and recorded it as the Hiz. The Hitch flowing through Hitchin makes a lot more sense but it's probably too late to change it now! 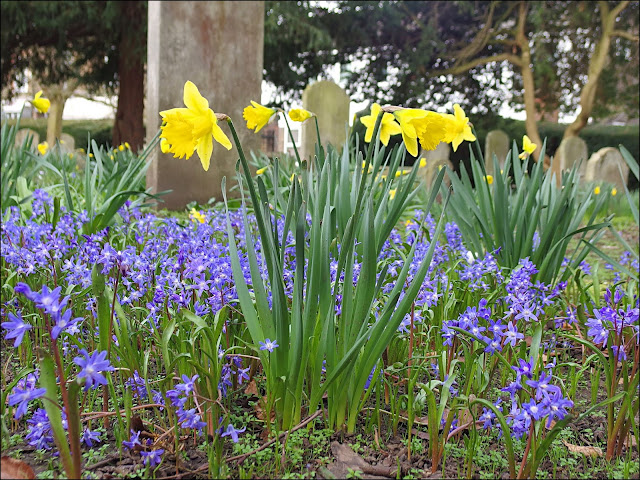 Spring flowers were blooming among the tombstones in the graveyard. 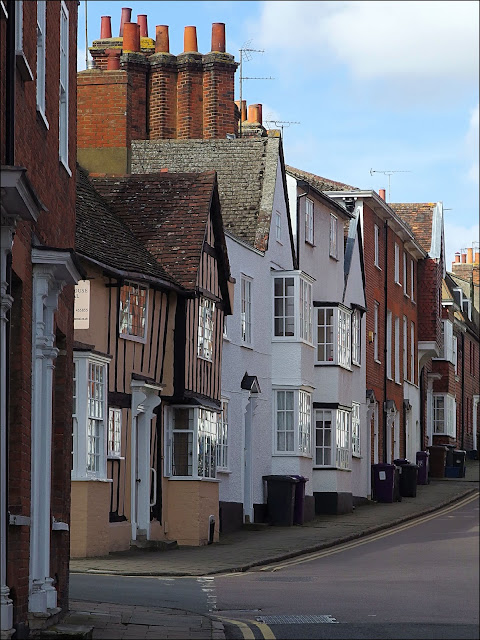 I spent a long time walking the fascinating streets of the old town with its great variety of historic buildings. 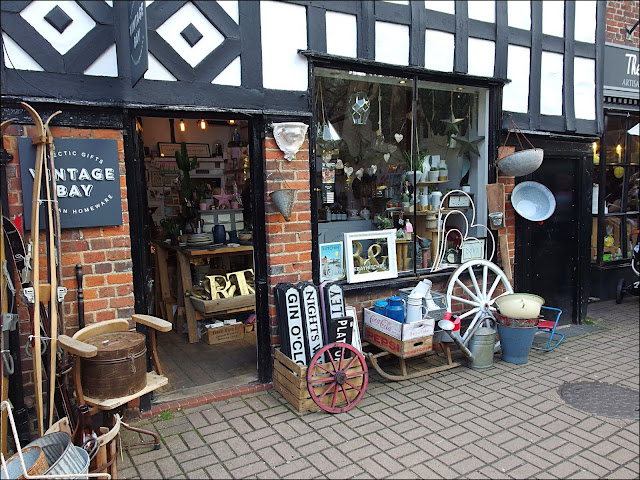 Plenty of antique and vintage shops. 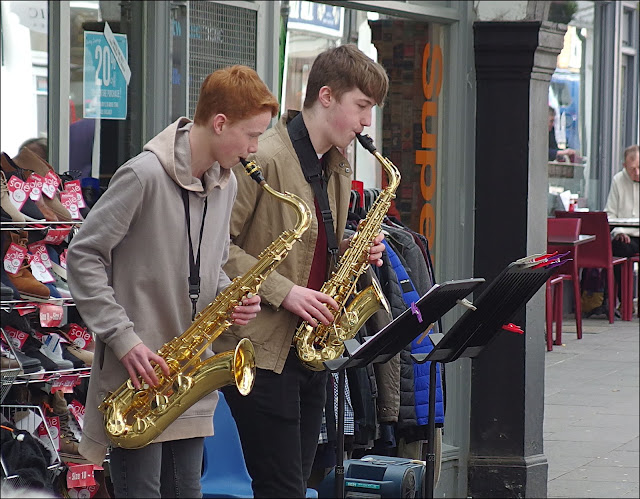 There were many young musicians and entertainers in town, doing their bit for the Sport Relief charity. 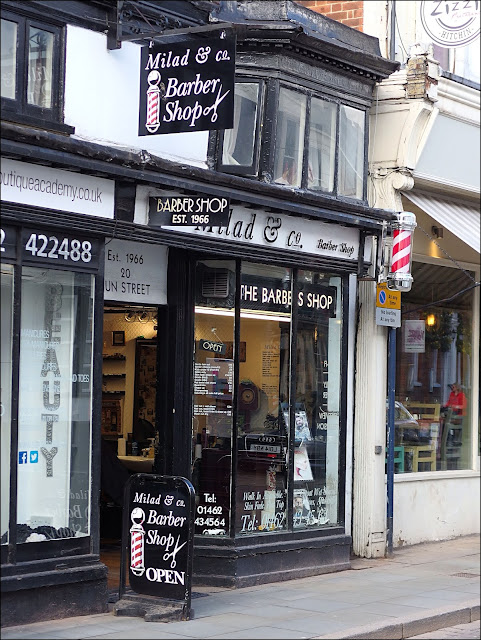 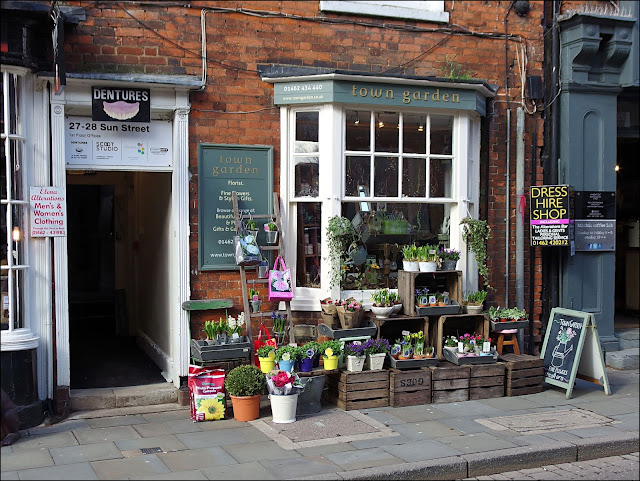 Flowers for sale. And, yes, you're right, that sign above the door does say "dentures" complete with a detailed illustration. I thought it was an old sign, which it probably is, but it says just below it that a manufacturer of false teeth is still in residence. 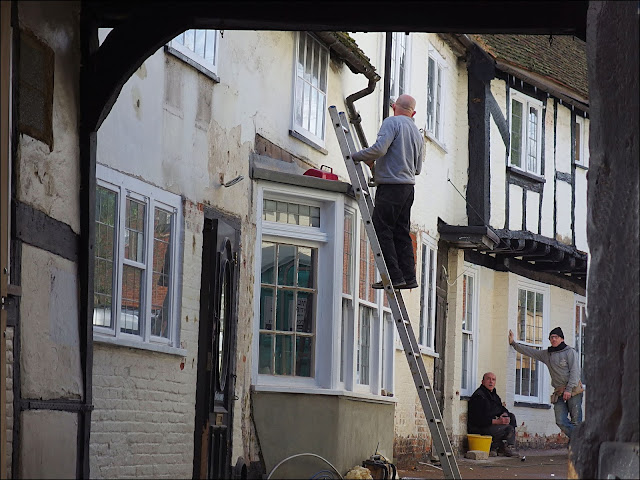 Men at work - well, one at least while his colleagues offer advice and lend moral support. 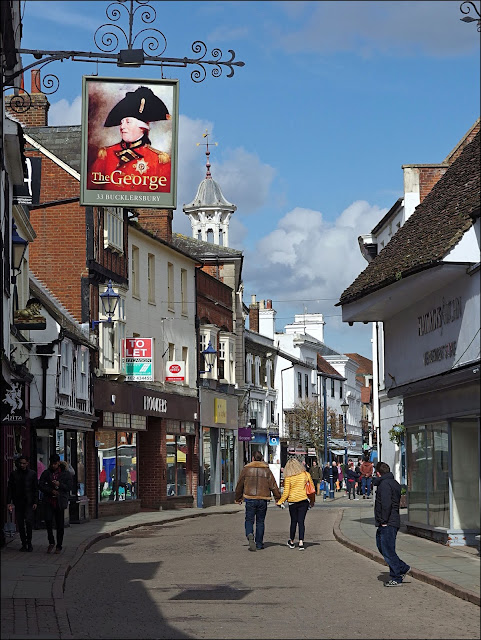 That's all for now, folks, but I've got some photos from the market which will probably appear in the next few days.

Posted by John "By Stargoose And Hanglands" at 19:57