In our increasingly busy world - even for retired persons from rural Cambridgeshire (!) - many communities are creating local nature reserves in the heart of their villages. These are not generally sites teeming with rare or spectacular wildlife but they are ideal for watching common species going about their business, reconnecting with nature (as they say nowadays) or "going for a nice little walk" as our Aunt Rose would suggest when we were children. I'm lucky in that I live within easy walking distance of three such places, though visiting all three in one go makes a trek of six miles or so. 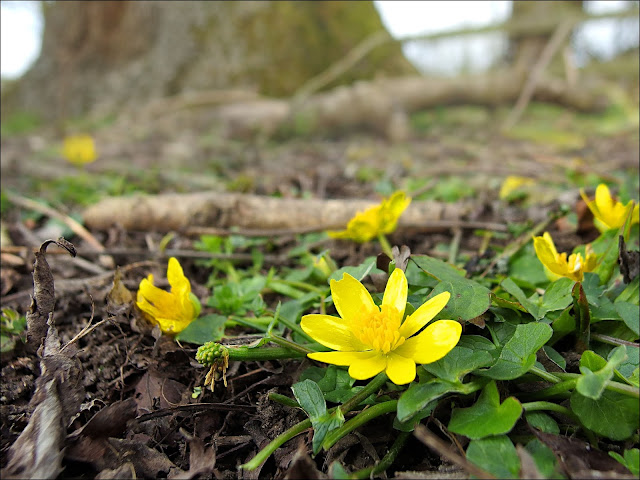 If I venture just beyond the north end of the village (imaginatively named North End) I can walk on Shepreth L-Moor which gets its name from being in Shepreth and L-shaped, though not really a moor at all. In fact it's just an unimproved and largely undrained meadow. In one of the drier corners I found a sprinkling of bright yellow stars of Celandine. 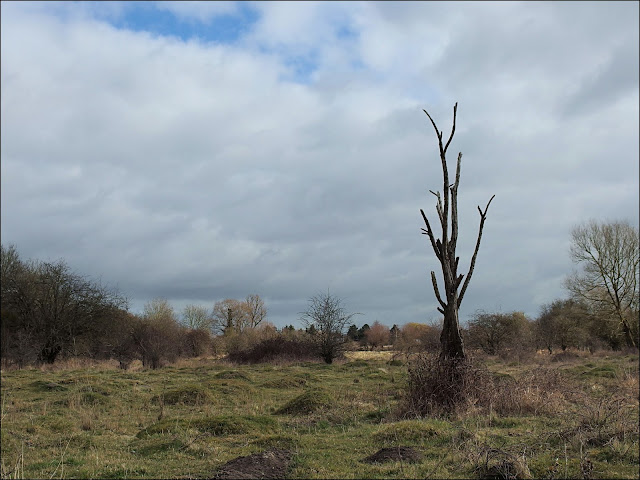 Later in the year there'll be a lot of Twayblade, one of our less spectacular wild orchids, flowering here and maybe a Southern Marsh Orchid or two as well as a many more common flowers. In order to keep it in shape it's grazed in summer by Manx Loaghtan sheep or perhaps some Hereford cattle. 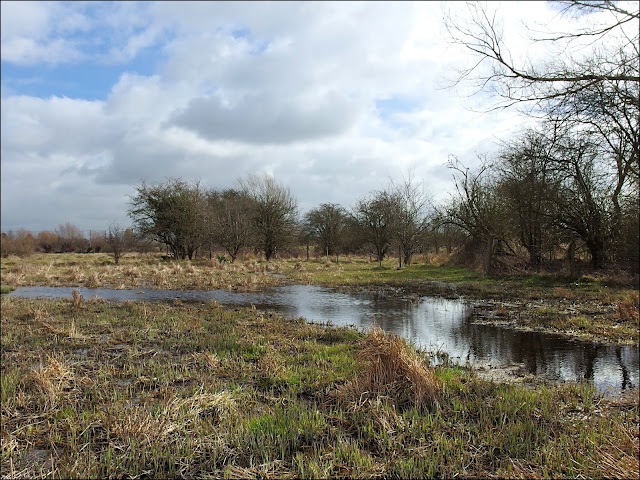 During winter though it's too wet for most grazing animals, though occasionally interesting birds turn up. I've spotted a Peregrine and a few Waxwings here in the past. 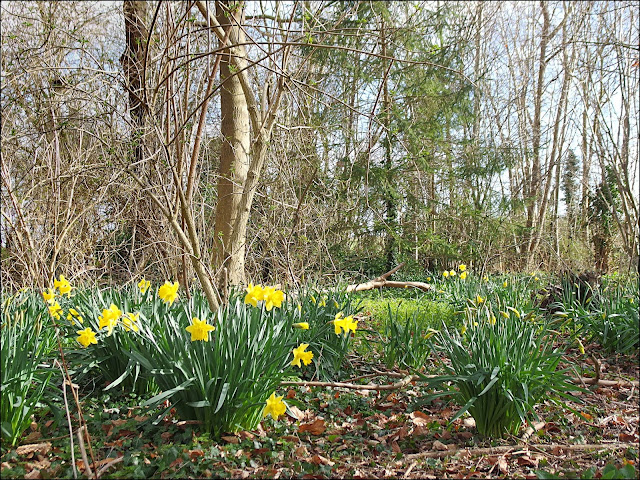 Turning back to Meldreth I can take the footpath that leads into Melwood, which is my village's little parcel of land set aside for nature. Being very close to people's gardens it has several flowers more often seen growing in borders and flowerbeds, though there are attempts to reintroduce more natural plants by sowing wildflower seeds. 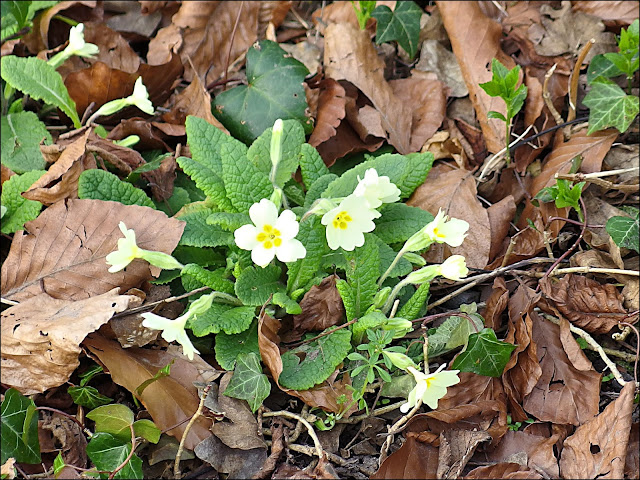 The wood gets used by all sorts of people from the village, this morning for example the local primary school were staging a mini-marathon. I escaped before being trampled to death by enthusiastic five-year-old athletes. 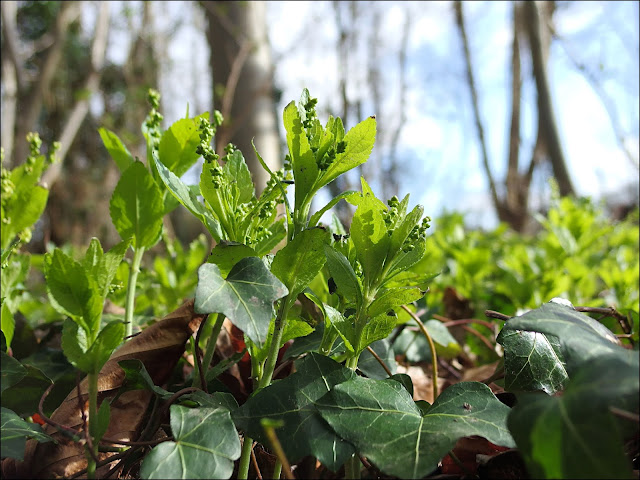 .....but not before stopping to photograph the new shoots of Dog's Mercury appearing through the ivy. Dog's Mercury is said to be an indicator of ancient woodland. So although none of the trees here look particularly ancient there has probably been woodland here for much longer. 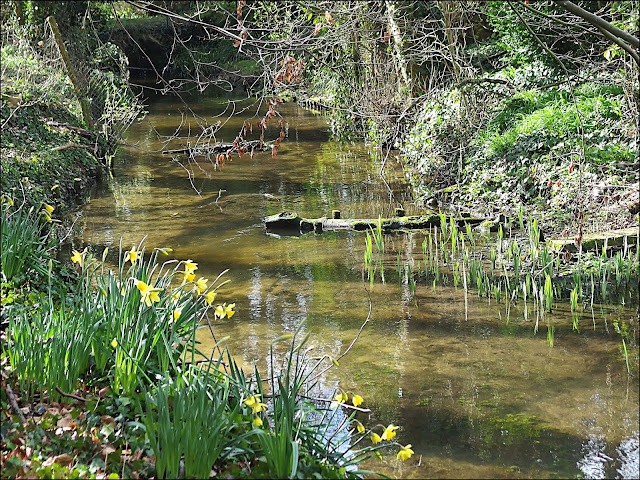 In order to get to the wood you take the path alongside the River Mel, a chalk stream flowing from a spring near Melbourn. You might see a Kingfisher or a Grey Wagtail along here and I'm told that Water Voles frequent the stream too. By following the path further you can get to the village of Melbourn, which is where our next oasis of wildlife will be found. 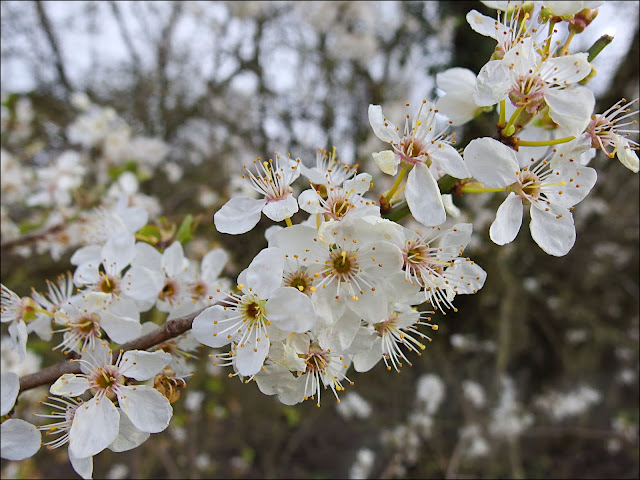 The Blackthorn is flowering in profusion along the riverside, as well as lots of other places. The sky has clouded over but I'm determined to complete my walk. 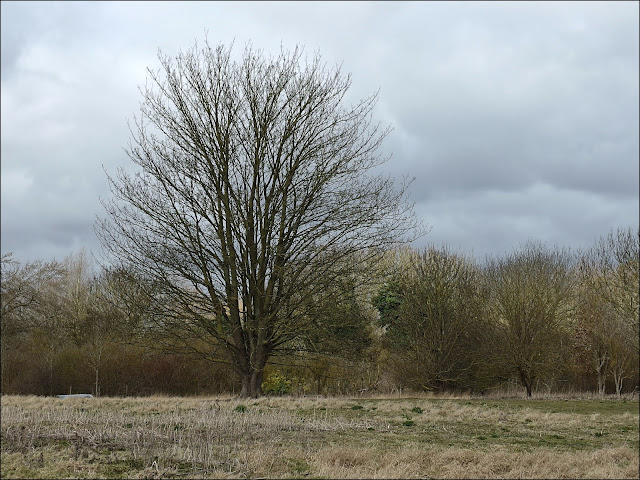 Stockbridge Meadow in Melbourn is rather hidden away and I didn't discover it till quite recently - which is absurd because it's only about a mile from home! It appears to have a wide range of habitats which I hope to find out more about over the coming months. 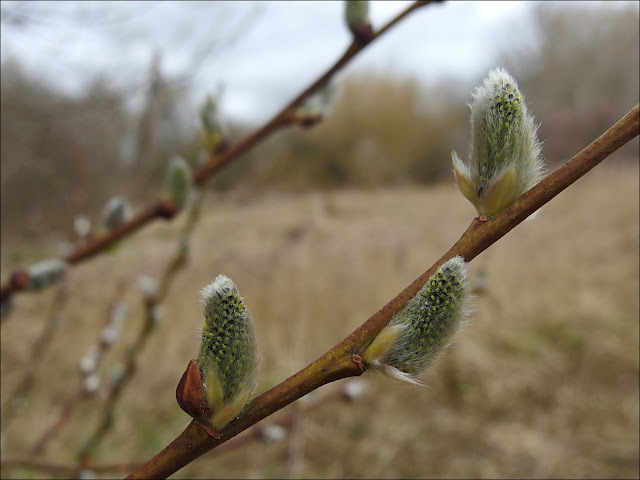 Pussy Willow, Goat Willow, Sallows, call it what you will it's just coming  into bud. 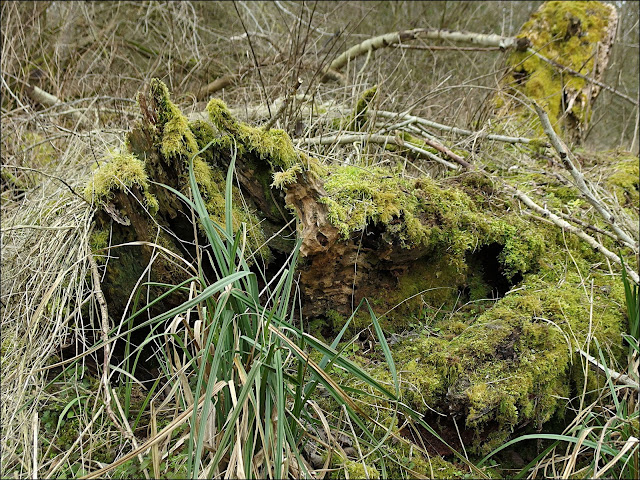 As well as having neatly trimmed paths and picnic tables there's also plenty of untidy areas which should attract insects, reptiles and birds. A Great Spotted Woodpecker was hammering away at a dead branch and his cousin, the Green Woodpecker, seemed to be having a good laugh at his expense. We'll be back to investigate what occurs here in the next few months.

Posted by John "By Stargoose And Hanglands" at 10:00