In the past I've introduced you to Sidney, Selwyn and Peter, or to give them their full names Sidney Sussex College, Selwyn College and Peterhouse. But Emma? That had me fooled when I first encountered it at the University rowing competition, when many students were calling "Come on, Emma!" or "Go, Emma!". Not a boat-full of large, muscular men called Emma but the crew of Emmanuel College. 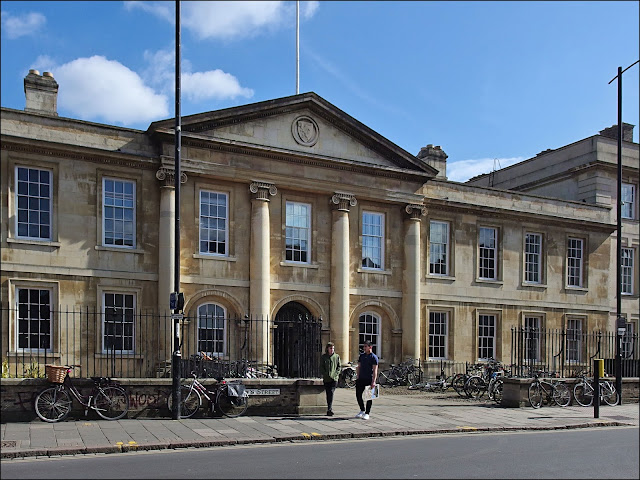 Emmanuel stands very much in the middle of Cambridge, right next to the bus station, but despite this it's not on the main tourist trail and local people don't seem to go there at all. Though it is usually open to visitors outside of exam time. Not only that but it's a really pleasant place to wander around and people always seem very friendly there. 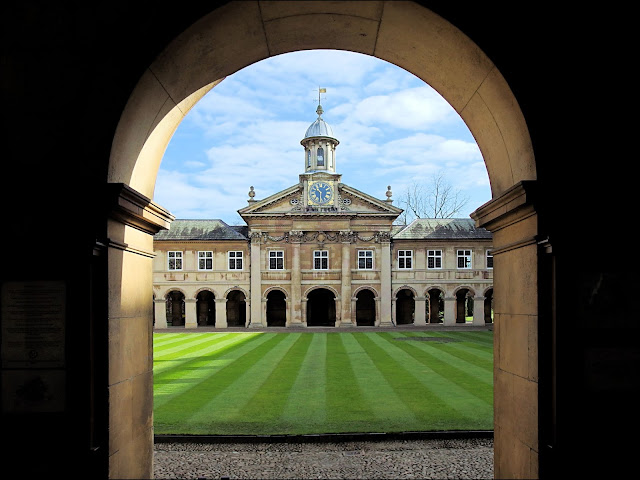 The moment you enter you are confronted by its most famous piece of architecture, its Chapel. It's one of three buildings in Cambridge which were designed by Sir Christopher Wren, though it was designed in 1666, before Wren had become famous. Lets go and have a peek inside. 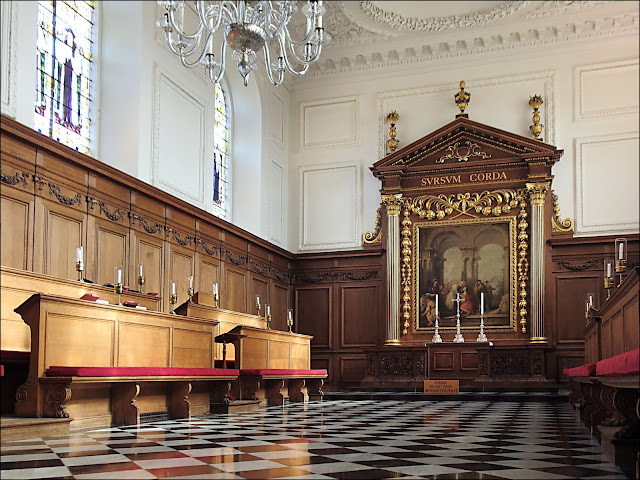 Inside all is cool and calm. It's not supposed to be one of Wren's better works though it looks fine to my untrained eye, with some amazing craftsmanship on view. 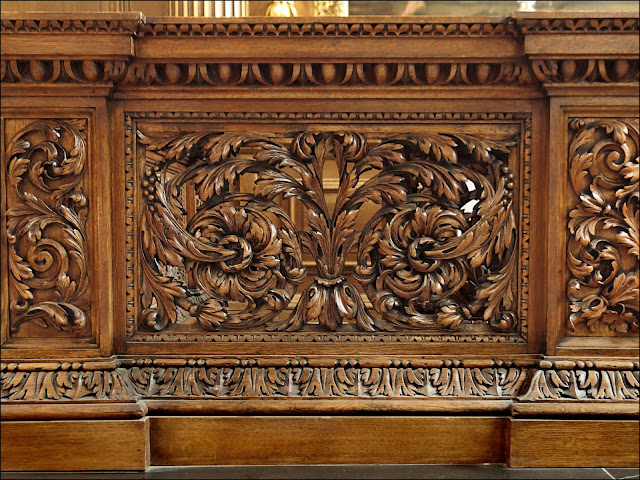 How about that for a piece of wood-carving? Can you imagine starting out making an altar rail like that from a big lump of wood? 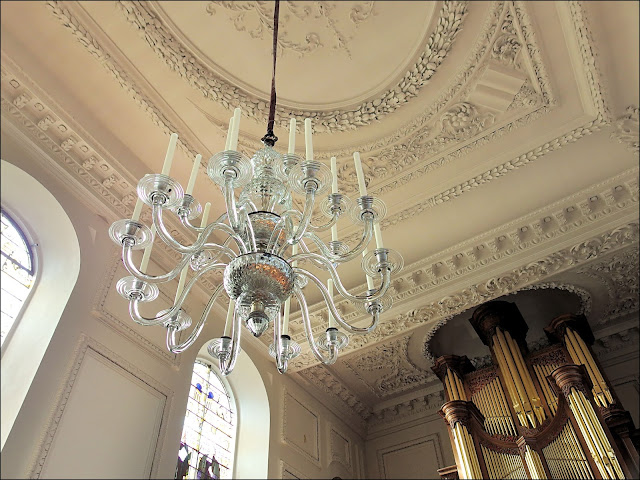 And, if you can get your eyes to travel away from the chandelier, there's a highly ornate ceiling. 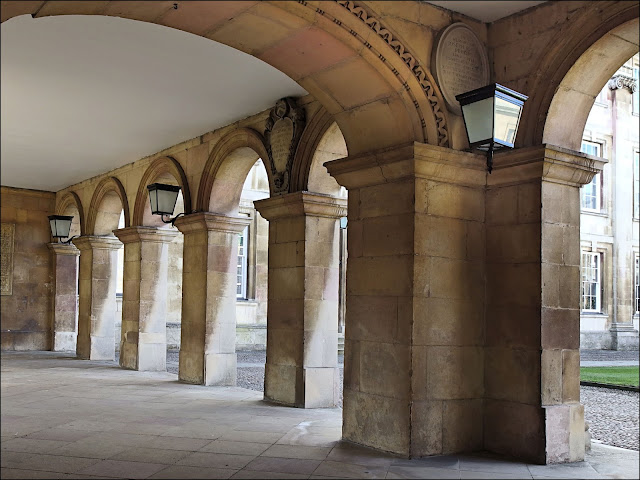 The college was founded by Elizabeth I's Chancellor of the Exchequer in 1584, originally in buildings used by a Dominican Friary prior to the Dissolution of the Monasteries. Some of those buildings still exist though they were made to fit in with the architecture of the chapel, which itself is connected to the other buildings nearby by the colonnades  pictured above. 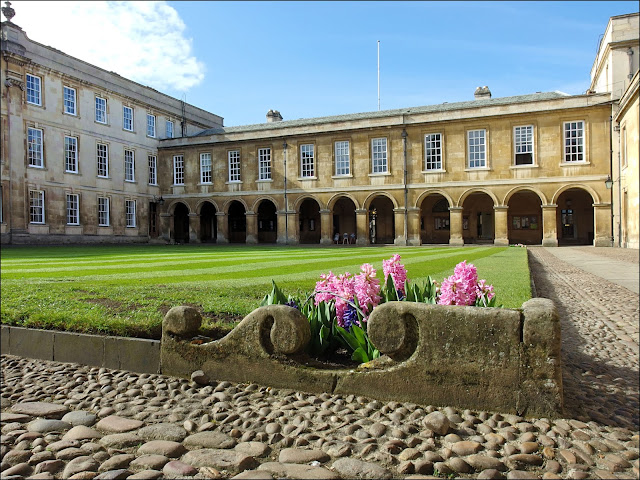 After Emmanuel was founded there were no more new Cambridge colleges for more than 200 years. Then building began, just down the road, at Downing College. Strangely the two sites have a similar feel, buildings of honey-coloured stone with some unity of design and a feeling of spaciousness. 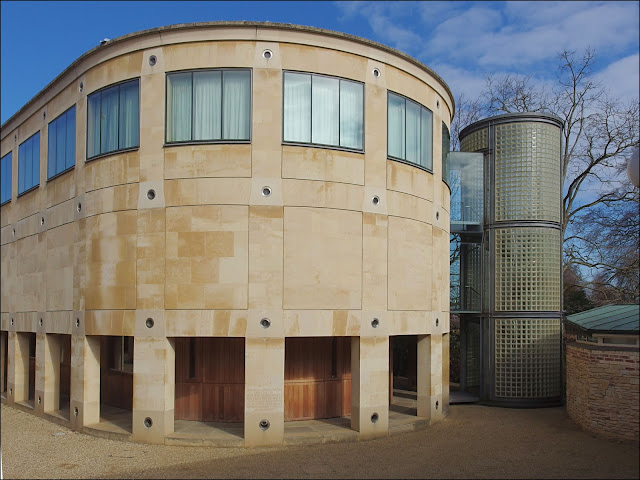 Even some of the most modern additions have some echoes of earlier designs while still creating a thoroughly modern impression. 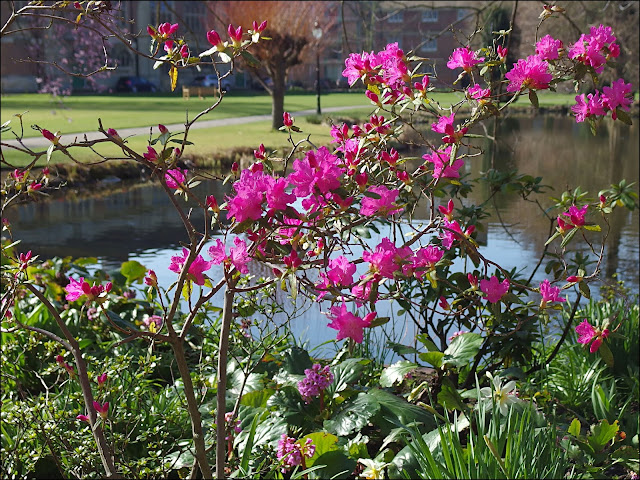 But perhaps the crowning glory of Emmanuel College are its lovely gardens which are centred on a fish pond which was a feature of the old friary. 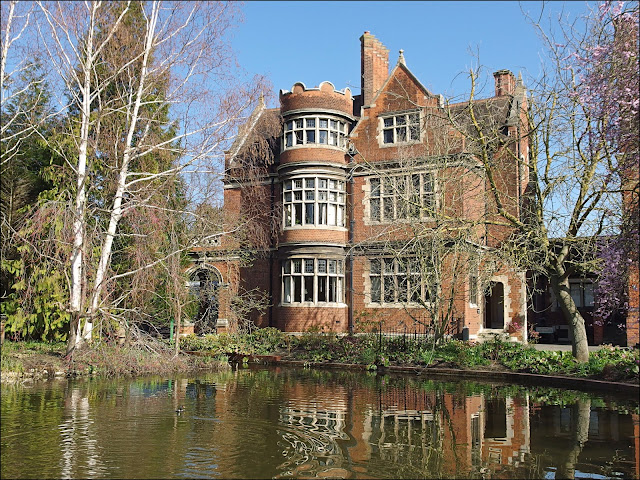 The pond still has some decent sized fish in it and is also home to several Mallards and Moorhens. At the moment there are two visiting scholars from Canada in the form of two Canada Geese! 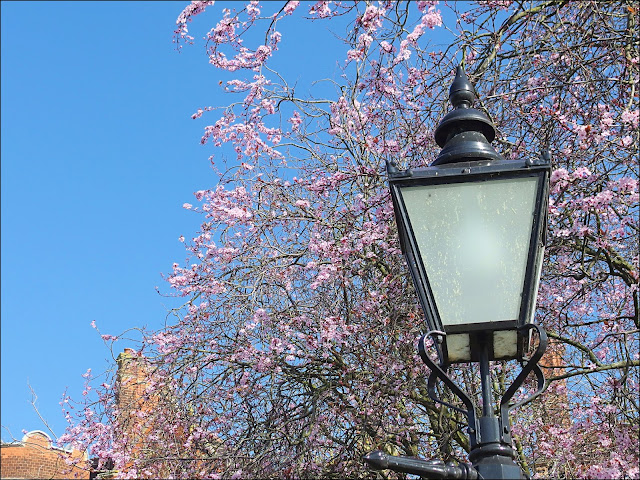 Today was the first day when I felt that Spring was on the way with blossom beginning to break out all over and daffodils rapidly approaching their best. 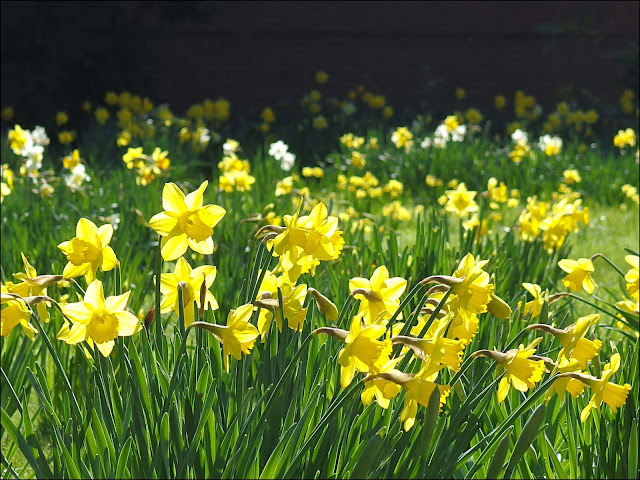 We seem to have drifted away from the academic and the architectural but before I go I'll leave you with a list of some of the more famous people who've walked these lawns and cloisters: 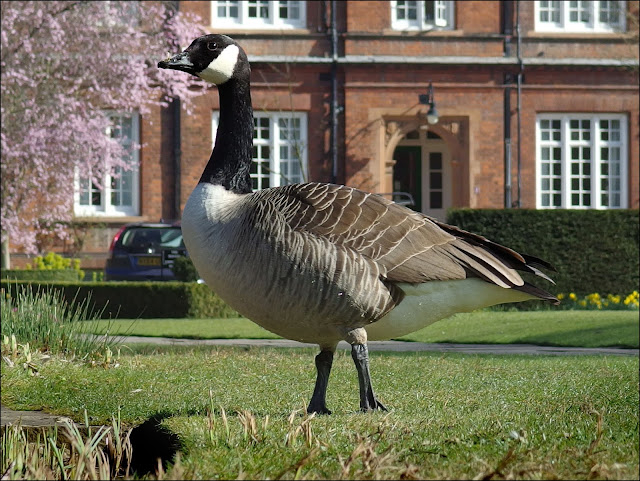 Posted by John "By Stargoose And Hanglands" at 21:15