Three Ways To Achieve Lasting Fame In An English Village

The village in question is Histon and Impington, just outside Cambridge. OK, I know, that's two villages, but two that are so conjoined and intermingled that most of those who live there don't know where one ends and the other begins, or even which one they live in. 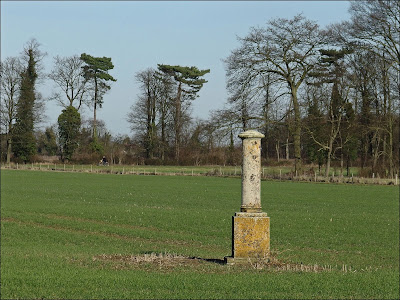 If you travel the new busway from Cambridge you may spy, as I did, this simple memorial standing in a field just outside Histon. When I got home I did a bit of research which unearthed this remarkable tale:

On February 2nd 1799 Mrs Elizabeth Woodcock went to Cambridge Market to sell her eggs and butter. On her way home it was snowing heavily and she stopped at the Three Tuns Inn and refilled her flask with brandy. When she was almost home she was thrown from her horse and was unable to remount. Shaken and cold she had the good sense to seek shelter by a hedge but the snow drifted and buried her. In the morning she made a hole in the snow above her and fashioned a flag from her red handkerchief to try to attract attention. It was not seen till eight days later when at last she was rescued.

The story spread rapidly and Mrs Woodcock's ordeal became the subject of a broadside ballad:

For she was all froze in with frost,
Eight days and nights, poor soul!
But when they gave her up for lost,
They found her down a hole.
Ah, well-a-day

Sadly she only lived for a few more months and some sources believe that her death may have been hastened by the amount of brandy sent by well-wishers. Her cottage stands to this day. 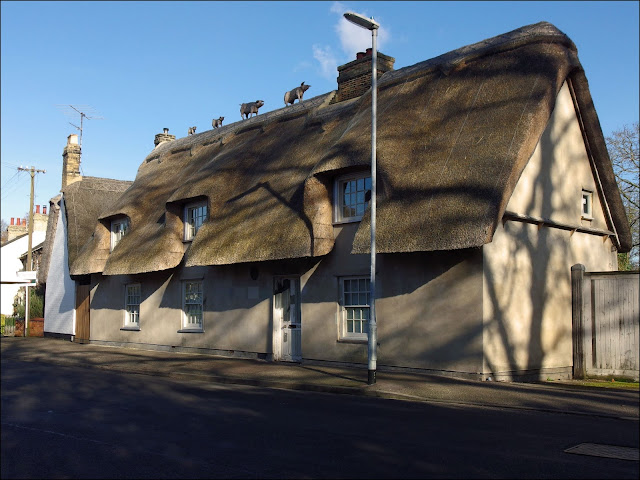 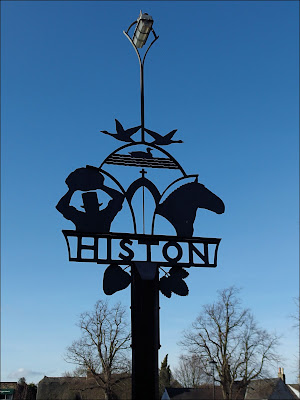 It features, amongst other things, the silhouette of a man wearing a top hat who looks as if he's about to brain you with a huge rock held above his head. That's Moses Carter. If you'd met him in the flesh you'd be even more concerned for he stood just under seven feet (2.13 m) tall and weighed in at around 23 stone (322 lbs or 146 Kg). But you needn't have been worried, for Moses, who was also known as the Histon Giant, was a kindly man who was much loved by the local children.

The rock, which he is depicted holding above his head, he carried across the village for a bet and left outside The Boot pub where it remained for many years. The rock has now been moved to the back of the pub.... 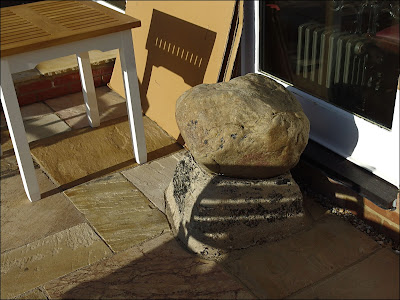 When not engaged in carrying huge boulders Moses lived a simple life in a hut in the village. He grew vegetables which he sold from a barrow. He was said to have dragged a set of harrows over his field - "I don't need no hoss", he told his astonished neighbours. There is also a story that he once visited Stourbridge Fair where there was a boxing booth. He soon defeated all the men there and then set about the proprietor when he refused to give him the promised prize money!

Moses was buried in Histon churchyard, a stone of similar shape to the one he once carried for a wager bearing a small commemorative plaque. 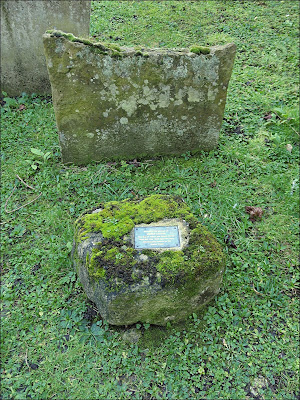 Moses Carter's top hat and huge boots can still be seen exhibited in the Cambridge Museum.

When Tony Hillier retired from his post as a University Lecturer in Physiology he started making his iron sculptures which accumulated in his front garden which he called Histon Sculpture Park. 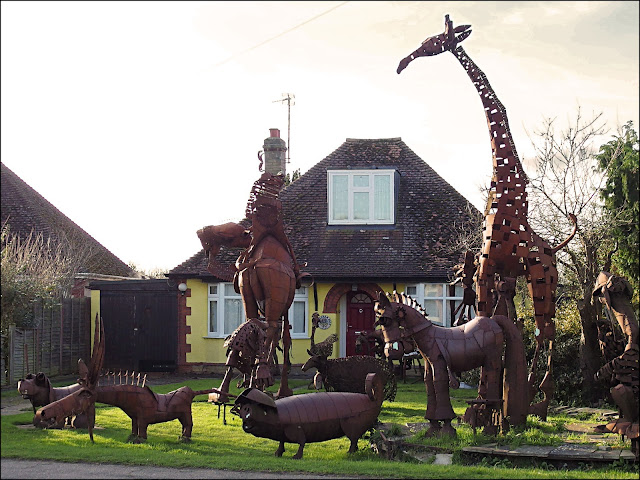 People are welcome to wander around, take as many pictures as they like and are not asked to contribute towards anything, charitable or otherwise. Children are especially welcome and are encouraged to climb on the backs of some of the animals. 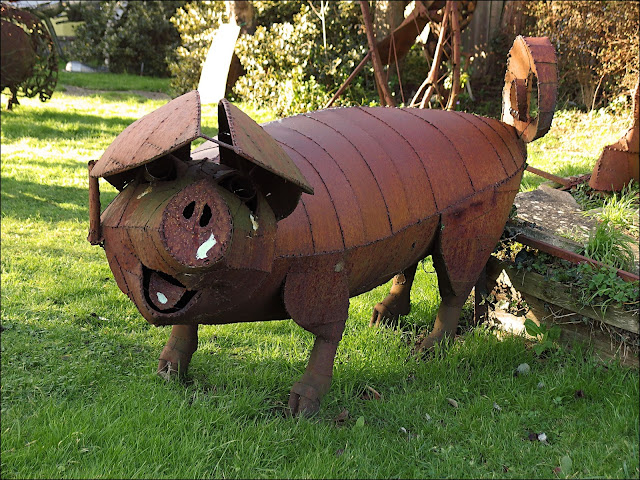 The record for the number of children on the pig is eleven, including one boy on the tail! 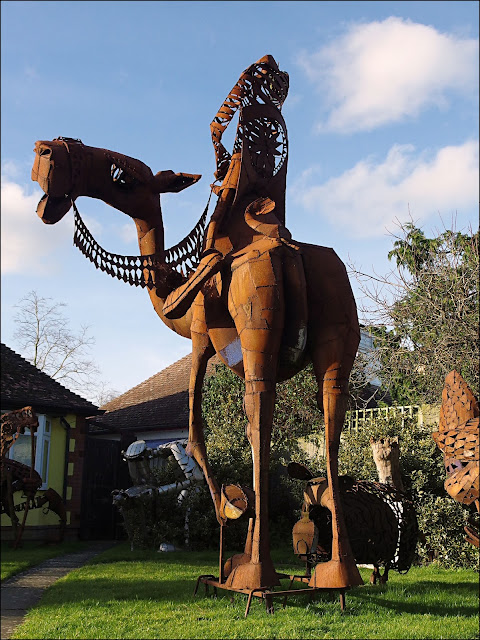 None of these works is for sale, though he donated many works to local schools and playgrounds. 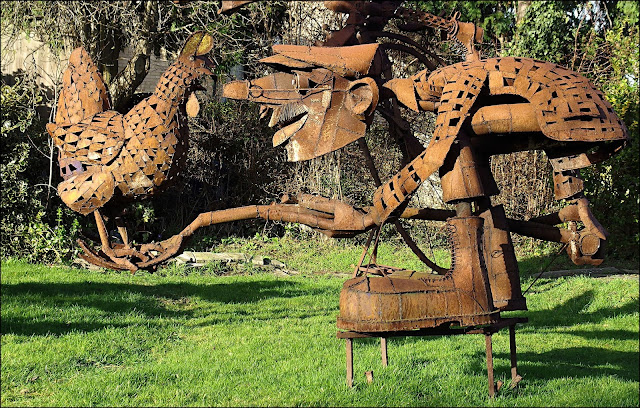 Since his death in 2014 the garden has been kept open in his memory. 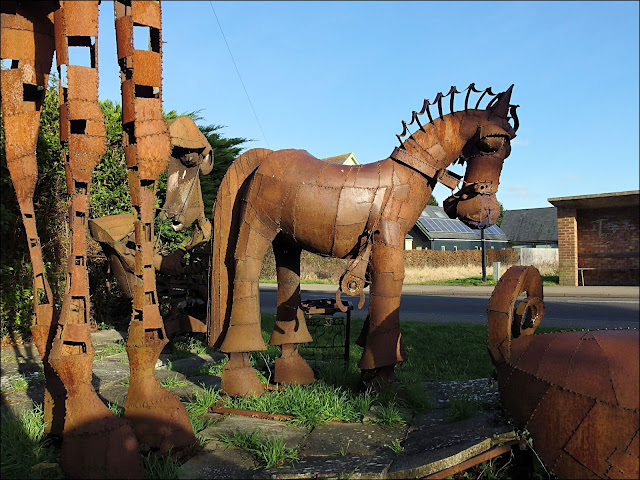 If anyone had ever been appointed as Children's Sculpture Laureate it should have been Dr Tony Hillier. 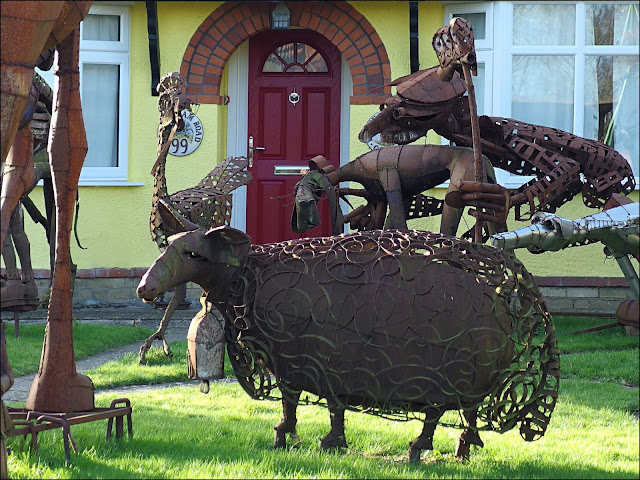 More pictures and information can be found on Tony Hillier's website.

Posted by John "By Stargoose And Hanglands" at 11:13