Another round-up of lost lambs that wander the forgotten fields and neglected pastures .......oh, complete the image for yourselves! 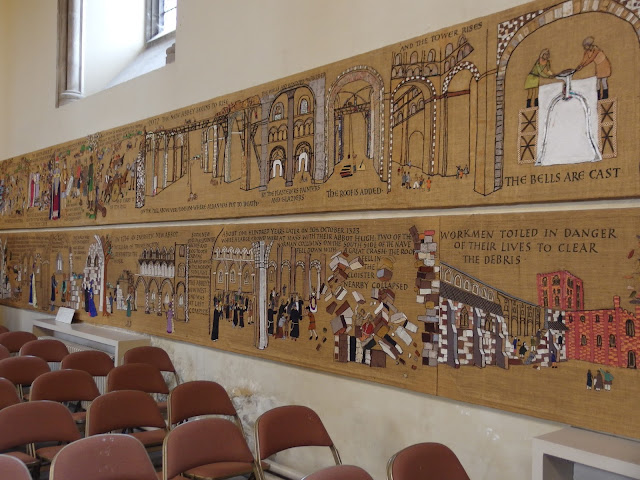 In St Albans Cathedral are the two collage/tapestry panels above, a collaborative work by the artist and calligrapher, Susan Llewellyn Elvidge and several hundred schoolchildren and volunteers. It shows the early history of the cathedral and is a very interesting read. Will these survive the centuries as so much else in the cathedral has? Will future generations marvel at a time when human beings had time enough to stand and read such stuff, let alone create such a work? 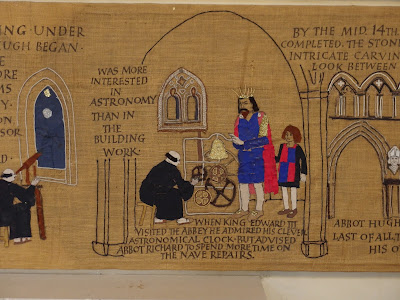 When The Rainbow Nation Was Pink 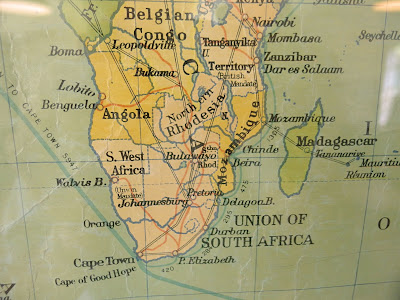 When I was little my granny asked me what I'd like for Christmas. "The world, Granny", I replied. When the grown-ups had stopped laughing they found out that what I wanted was a globe - which was more within my gran's budget. The map above shows how a small part of the world was back then. How things change! 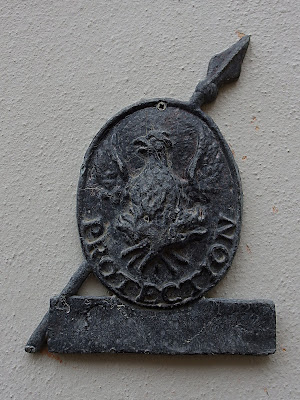 Another in the occasional series of fire insurance plaques that turn up from time to time on my travels. Displaying one of these meant that the householder had paid their fire insurance premiums and, should their property catch fire, they could expect the fire brigade financed by their insurance company to attempt to douse the flames. In theory this meant that without the plaque your house would be left to burn down.

In practice this rarely happened because the firemen were all volunteers who lived locally so would almost certainly help their neighbours, whether they'd paid up or not. And it was in everyone's interest - residents, firemen and the insurance companies - that the fire did not get out of control; if it did it could burn down several buildings costing local people their homes and the insurance companies lots of money. 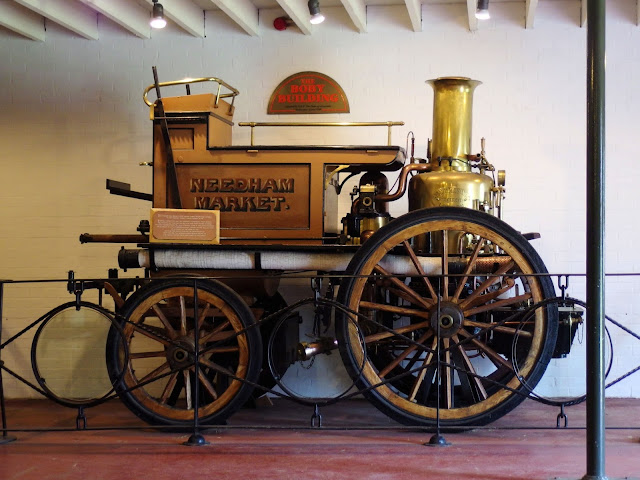 Early fire engines were mostly hand-carts pushed along by the fire crew. Horse-drawn carts did exist for the purpose but the long-winded business of catching the horse in its paddock, fitting the harness and backing the beast into the shafts made the arrangement impractical for most situations. In addition you had to have a horse that wouldn't panic on seeing a roaring conflagration.


There weren't many steam-driven fire appliances either and this one, from the Suffolk town of Needham Market, was the last to ever attend a fire when it was called out to a blaze in the village of Little Finborough in the year 1940. 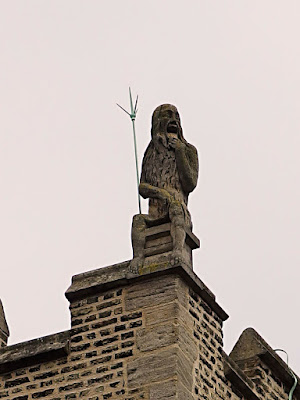 On the corners of the tower of St Botolph's Church in Cambridge are four sculptures. They always used to be the four evangelists, Matthew, Mark, Luke and John, and maybe they still are, but at some time the old statues have replaced by new ones that look more like some pagan deities or characters from ancient folklore. More research needed.....

....meanwhile I see that the villages of Thriplow, Foxton, Fowlmere and Shepreth have an appropriately named vicar.... 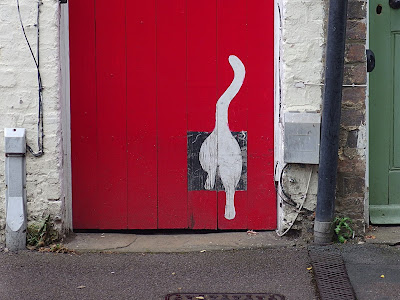 A small but perfectly proportioned work of art on a door in a Cambridge side street. Not, alas, in the hamlet of Cat's Bottom, which we visited recently.

Posted by John "By Stargoose And Hanglands" at 09:59