In Trumpington there's a street called Foster Road. It's just a rather plain residential street, though in its time it was probably rather forward-looking, being built around three sides of an open space. But Ebenezer and Richard Foster, the two brothers after whom it's named, left plenty of monuments of their own around the city. 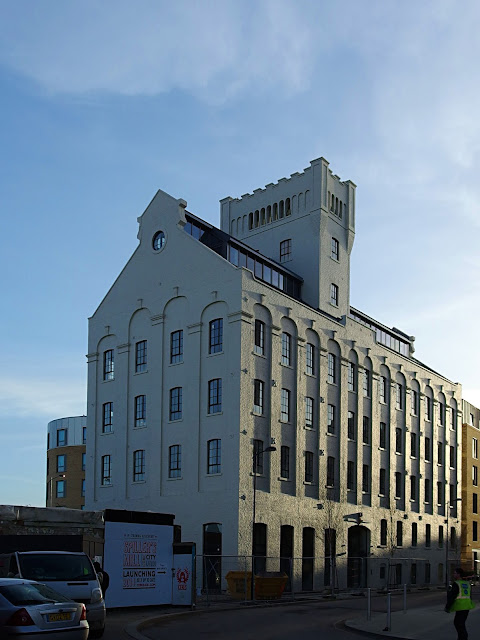 Perhaps the best known, certainly the one that dominates the skyline, is Fosters' Mill, though lots of people call it Spillers as that was the company who owned it most recently. Nowadays it's been converted to stylish apartments. The Fosters owned three mills in the centre of Cambridge but the University blocked all attempts to build a railway anywhere near the town centre, so in 1898 Fosters built this huge mill next to the railway station, away from the centre. The castellated turret on top always looks to me to be a little act of defiance towards their opponents. 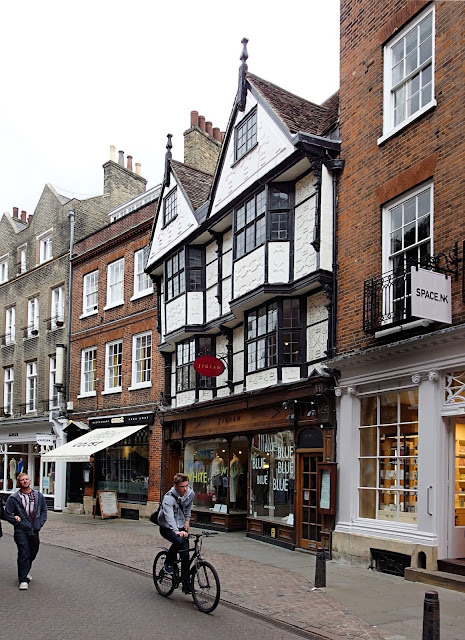 They did not confine their activities to milling flour but also got into banking, originally in these rather attractive premises in Trinity Street. The building has had a number of uses in its long life including being The Turk's Head coffee bar. The rooms above were at one time occupied by the poet, painter, occultist and mountaineer, Aleister Crowley and his lover, the female impersonator Jerome Pollitt. Crowley said of his time at Cambridge, "I was surrounded by a more or less happy, healthy, prosperous set of parasites". 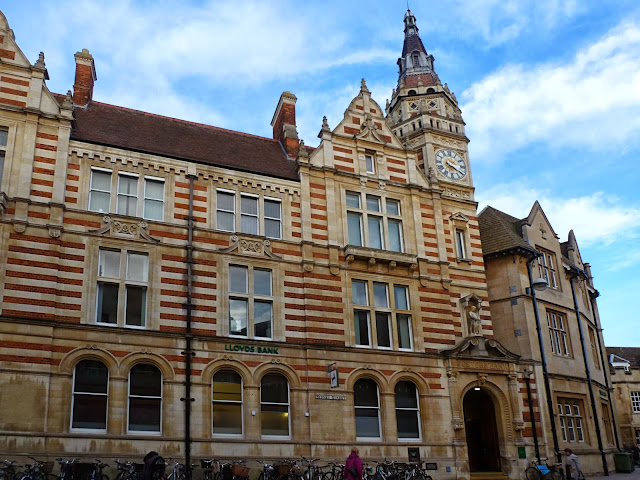 By the end of the nineteenth century the Fosters banking enterprise had outgrown its quaint Trinity Street premises and commissioned a magnificent new building by the architect Alfred Waterhouse. It exudes the grandeur and confidence of the late Victorian era and many tourists photograph it believing it to be something to do with the university. 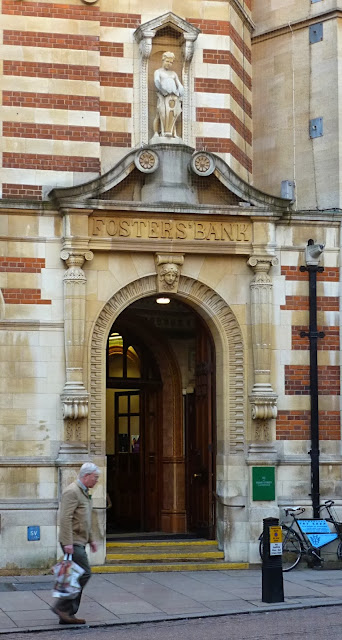 Although it's now occupied by Lloyds Bank it still says "Fosters' Bank" above the door. 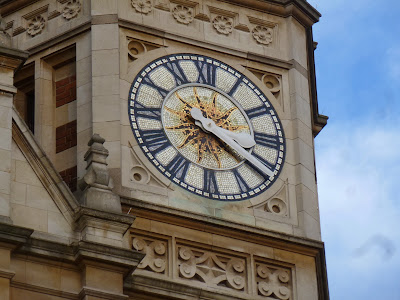 The clock tower with its ornate clock face gives some idea of the elaborate decoration within. As it is still used as a bank they are understandably concerned about security and so photography is not allowed inside. However the door is always open during the day and I strongly recommend anyone passing to take a look. You'll find the central banking area to be high and light with a magnificent domed roof, the whole area being lined with colourful, glazed, ceramic tiles. In its way it's every bit as impressive as some of Cambridge's more celebrated interiors. 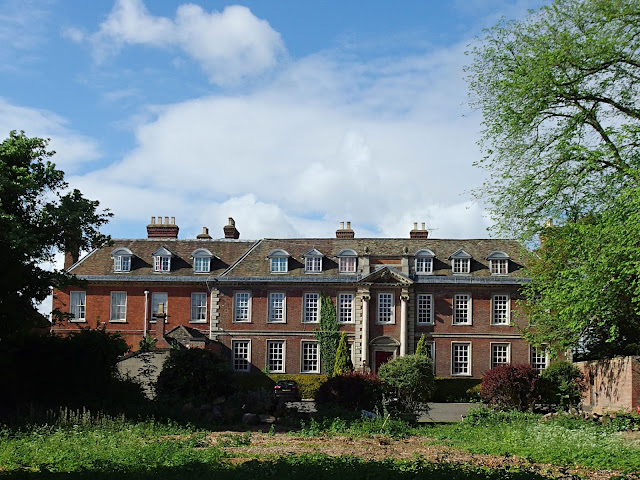 Both Ebenezer and Richard went on to be Mayor of Cambridge, as did their descendants Charles Finch Foster and Henry S Foster. Ebenezer and his heirs resided in Anstey Hall in Trumpington, which is now a wedding venue. 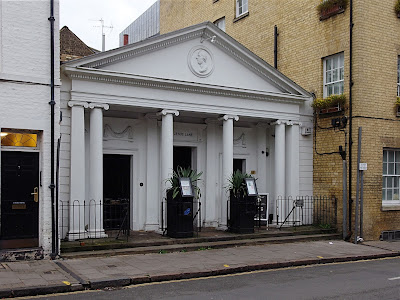 Richard Foster was also the major backer of The Roman Baths which were constructed in Jesus Lane. It was, however, not the resounding success to which the family had become accustomed and closed down after less than a year, the folks of Cambridge much preferring to bathe, for free, in the river! The building then became for many years the meeting place of The Pitt Club, a right wing University political society. Believe it or not the elegant rooms are now occupied by Pizza Express. Thus have the mighty fallen.

Posted by John "By Stargoose And Hanglands" at 14:20