Much as I like planning day-trips to locations where I know that I'm going to find historically interesting and photogenic subjects, it's even better when I unexpectedly stumble on an odd visual surprise. So here are just five examples..... 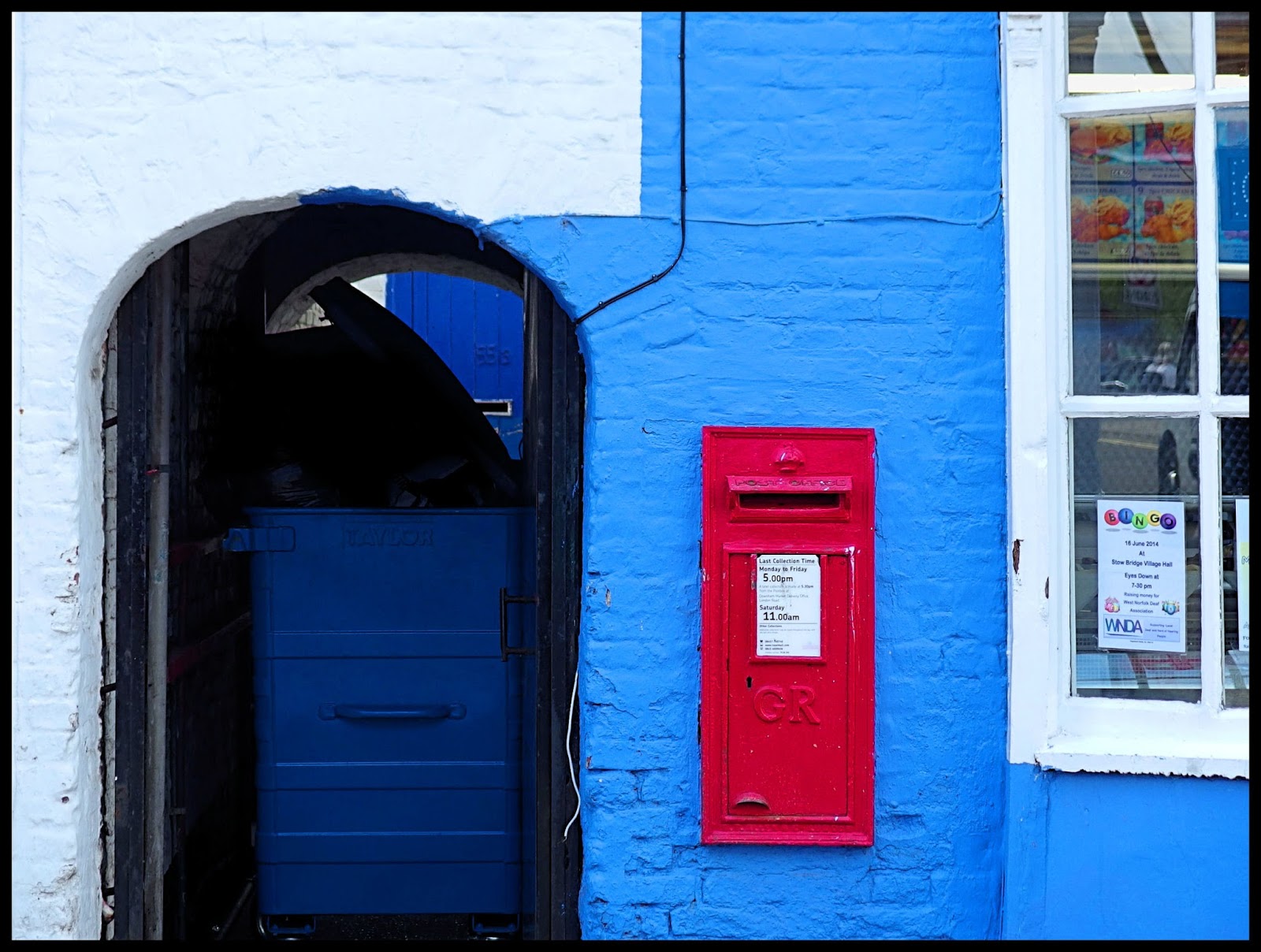 I always have half an eye open for post boxes which, incidentally, can all be dated by their royal ciphers. So this George V box dates from 1910 to 1936. But what really attracted me were the brightly painted walls which set it off to such great effect. Everything, even the wheelie-bin in the passage, seem to be conspiring to make a picture from mundane objects. 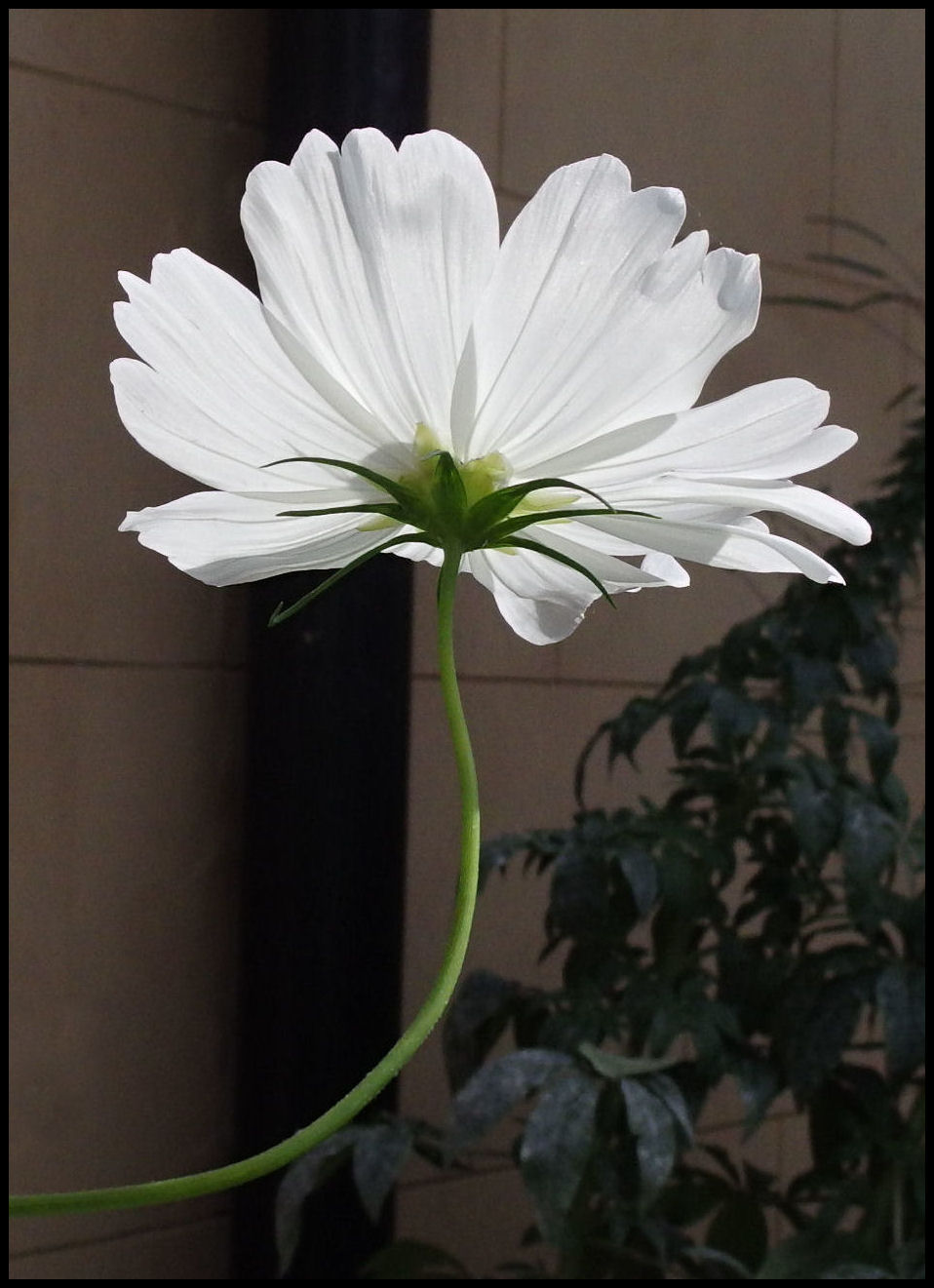 In amongst the grandeur of historic buildings lurked this single flower which made me stop and take a photo. I love the curving stem as well as the light shining through the petals. 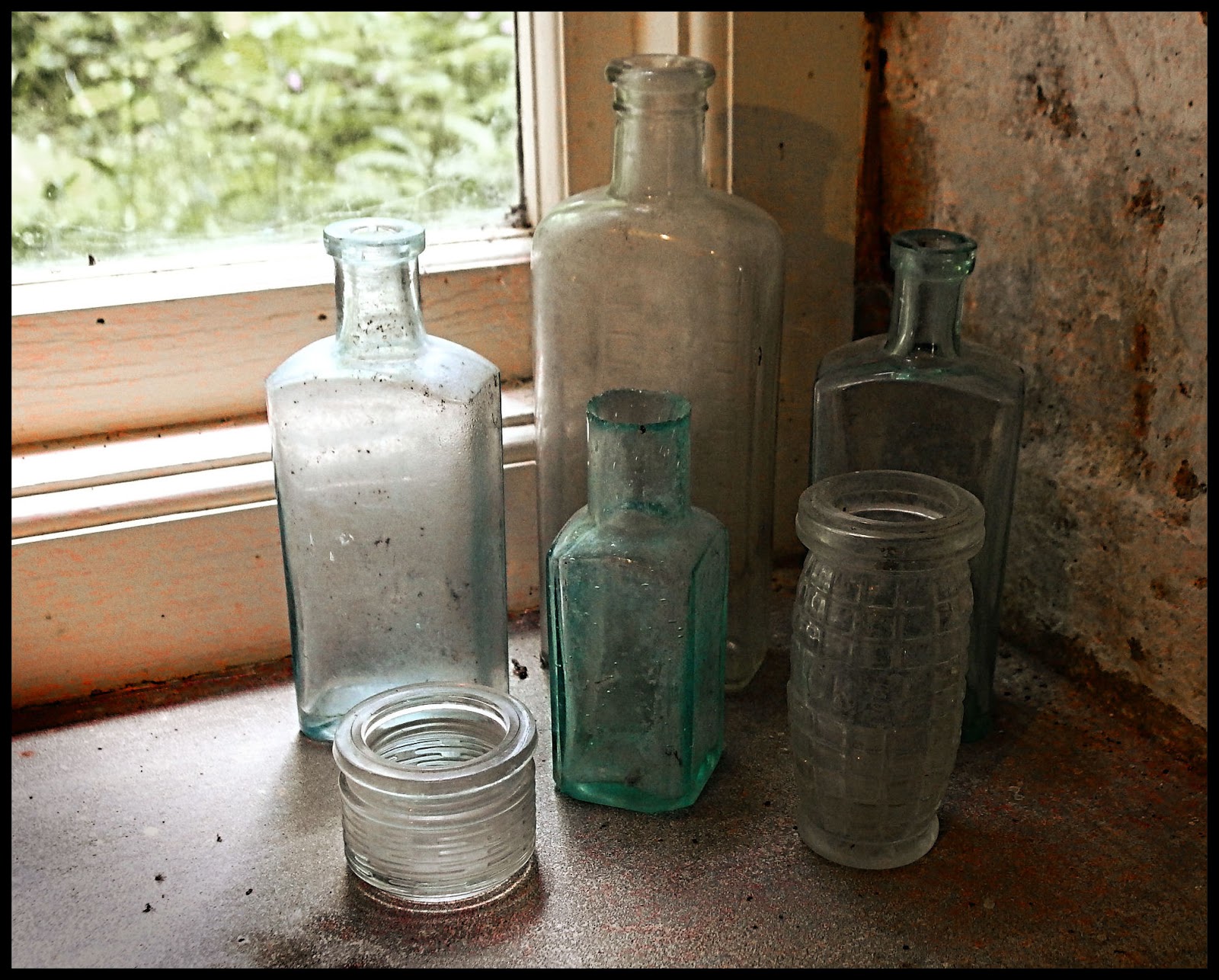 Sitting on the windowsill of an old mill building was this arrangement of old glass bottles. I don't even think some are particularly old but I liked the colour and texture. 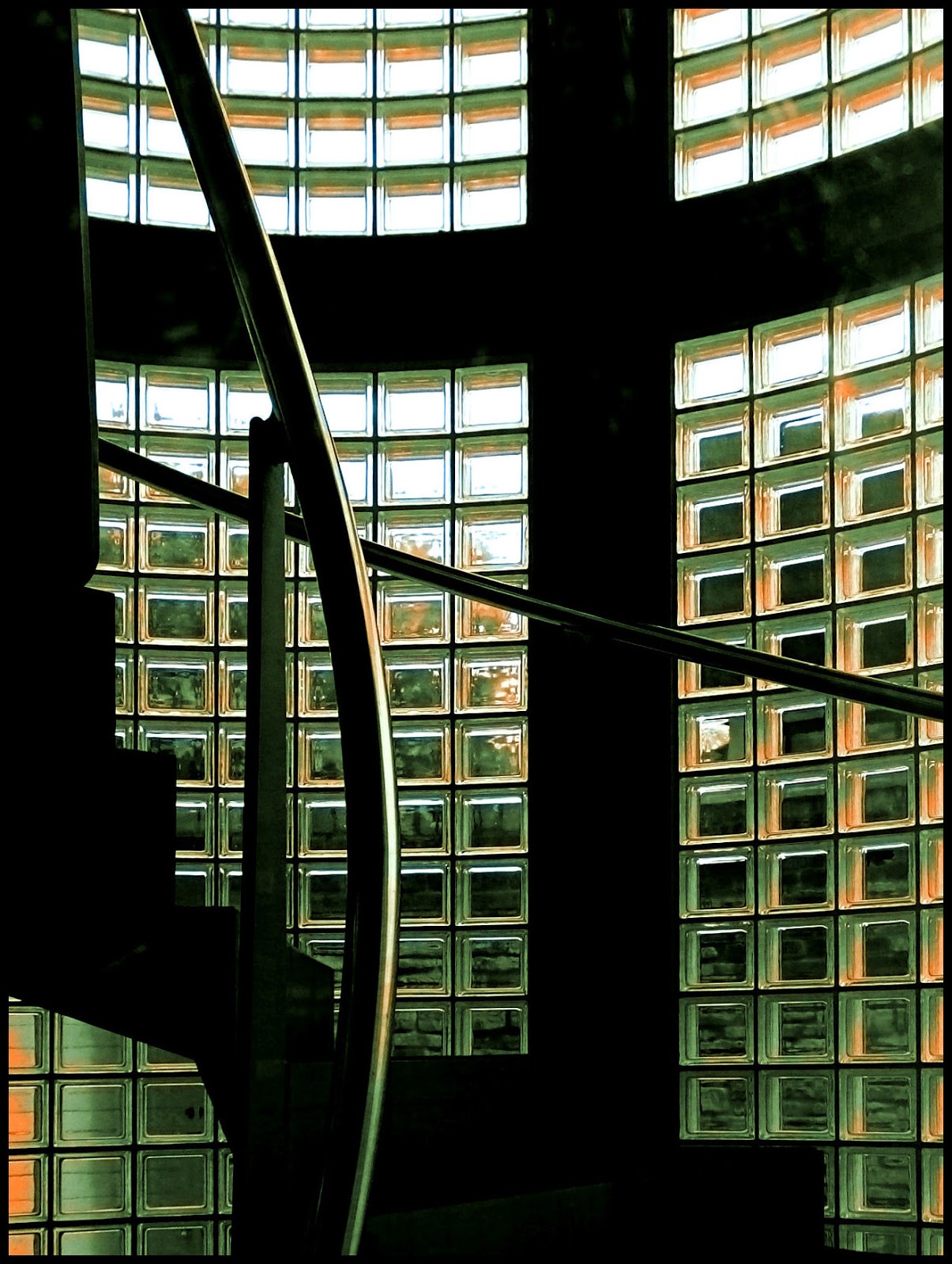 This is glass too and similar colours to the old bottles, but there the comparison ends. It's a rather striking spiral staircase in one of Cambridge University's more modern structures. 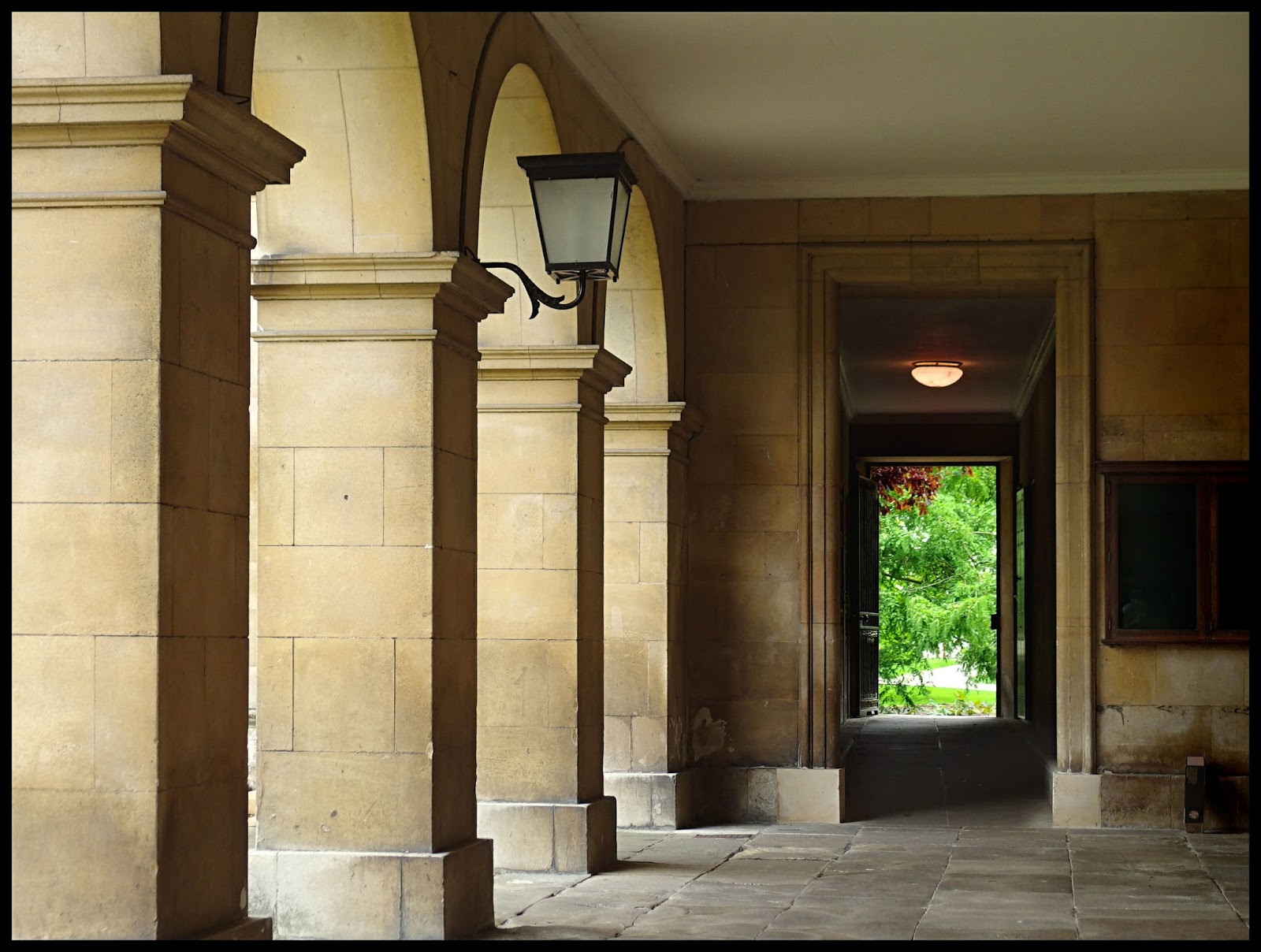 And not far away from the previous picture is this scene leading out into one of the college gardens. If you have a retentive visual memory you may remember those pillars; I photographed them from a different angle but didn't notice the door through to the garden till I revisited. Maybe the door was shut first time.