The Way To Rampton

In my last post I wrote about that little fragment of history that is the area around Giant's Hill and Rampton church. However if you rely on public transport, as I do, it's no good waiting for a bus to Rampton; there's only one direct bus a day. But nearby Cottenham has a very regular bus service and there are infrequent connections from there - or you can walk the rest of the way , which is what I did. Lets wander down Cottenham High Street first.... 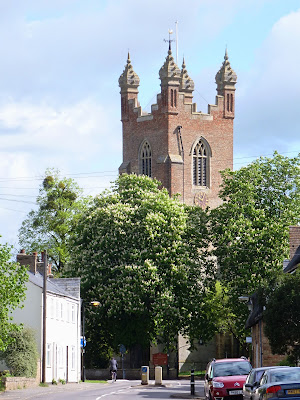 You can't fail to notice the tower of Cottenham church with its preposterous pinnacles. Although I'm assured that it was the height of good taste when it was erected in 1617 it always looks to me like a cross between Disneyland and The Kremlin. The rest of the church is of more traditional design. 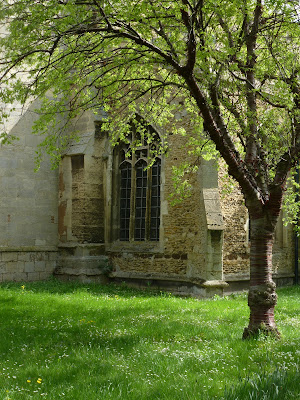 The builders of the tower though were proud of their handiwork and left their initials in the stone. 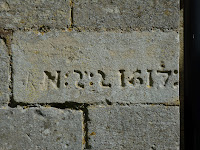 Incidentally the ancestors of President Coolidge are said to have lived in the thatched cottage beside the church.

Further down the road I came across this little reminder of times past, when chocolate bars could be had for 1d. (that, for younger and non-British readers, is one two-hundred-and-fortieth of a pound). You won't get much chocolate for that at today's prices! 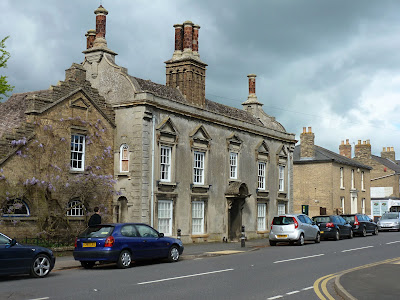 Back to real history and what's this remarkable house doing here? I've not been able to find out anything definite about the building but the Dutch gables suggest that it may date from the time when Dutch engineers were employed in draining the fenland. Houses like it are to be found in many fen-edge villages. 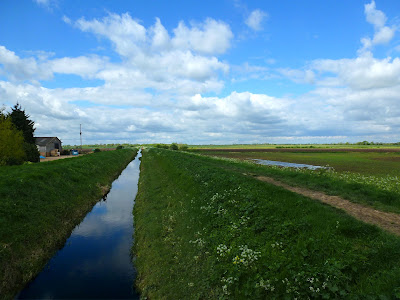 Time to venture towards Rampton having had a quick look around Cottenham. The footpath leads along a straight watercourse known as Cottenham Lode. These "lodes" connect the fen-edge villages to the open water that once covered the fens. They were in effect canals allowing the villages to serve as ports, both for internal trade and, via the River Great Ouse, to King's Lynn and the North Sea. With their arrow-straight appearance it's easy to mistake them for modern drainage ditches but many of the lodes date back to Roman times. 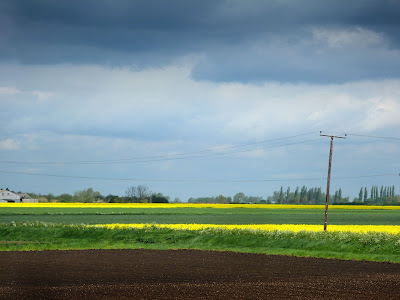 These flat lands are not to everyone's taste but personally I love the wide open skies and endless horizons. Having said that storms seem to blow across the fen with astonishing speed and the weather can be "interesting". But today the clouds just passed rapidly through. The yellow crop incidentally is oil-seed rape which is grown, naturally enough, for the oil which can be extracted from its seeds and used in the making of food, particularly margarine. The leaning power pole is a typical feature of the fenscape. The strong winds and the soft peaty soil cause the poles to keel over at crazy angles. 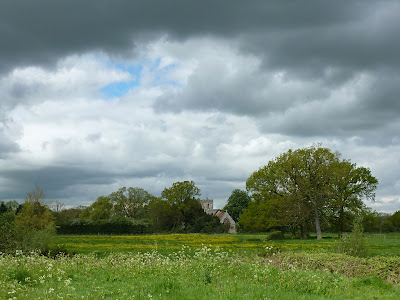 Despite the chilly headwind I was soon in Rampton looking from Giant's Hill towards the church - the subject of a previous post - but there's also another less imposing church in the village. Many fen villages have non-conformist chapels and churches, even a village as small as Rampton. It's exactly what I would expect such self-reliant and independent people. 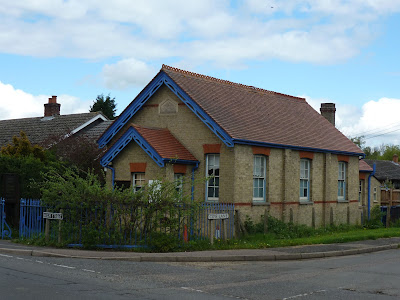 Of course, I could have walked back to Cottenham but while in the area why not walk through to Willingham in search of more fragments of the past. I'll tell you about it soon.

Posted by John "By Stargoose And Hanglands" at 18:10