The Man Who Walks In The Fog

I must admit I rather like a good fog... 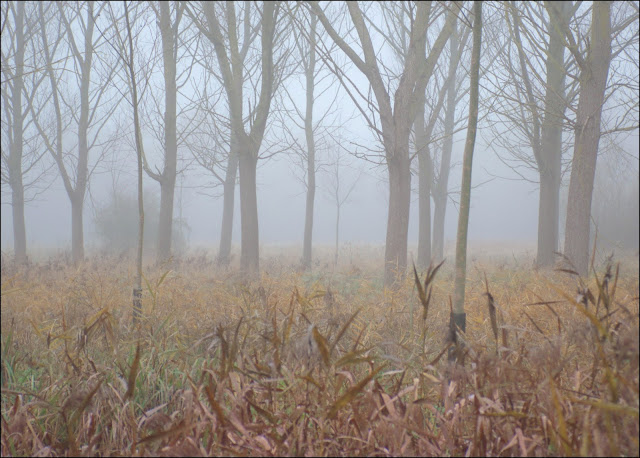 Partly it's that feeling of being out and about while everyone else is hiding indoors, but also fog and mist have a transforming effect, changing even the most familiar landscapes into something a little different. We all need a bit of variety sometimes. 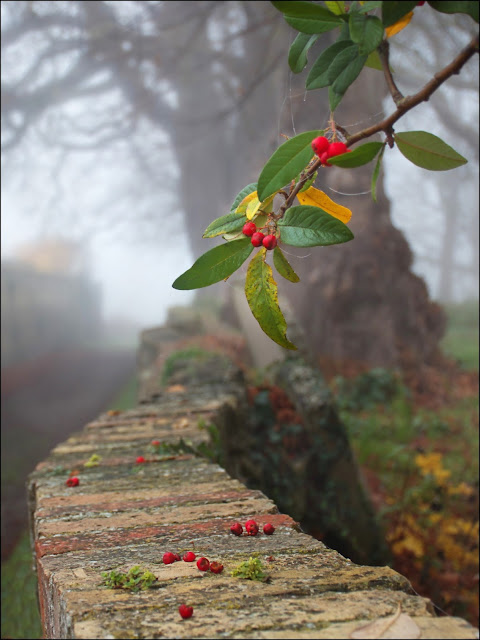 England has a reputation of being a land of fogs, especially in winter. I blame Charles Dickens; he used fog in his novels as a device to suggest that something was wrong in society. Then along came Claude Monet and managed to make it look beautiful, despite the number of people who were dying from lung disease. It wasn't the fog that was the problem, but the amount of smoke that London produced at that time. Even Ella Fitzgerald sang about foggy days in London town. 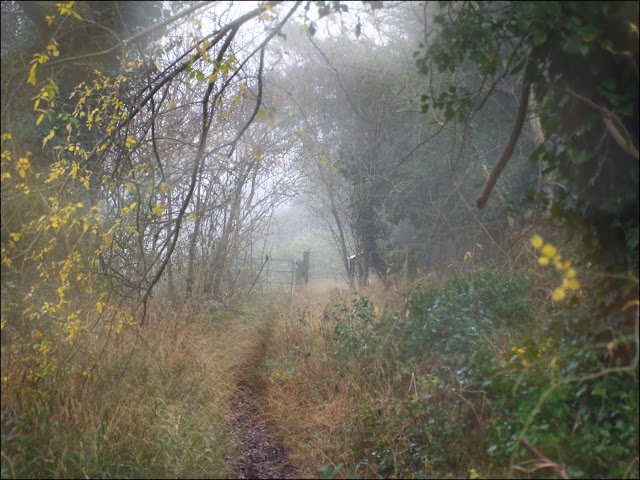 The bald meteorological facts, however, show that we're far from being the foggiest place on earth. Thick fogs lasting for the whole day (like we had last weekend) only occur once every couple of years or so. And here in the countryside the fog is damp but largely benign. 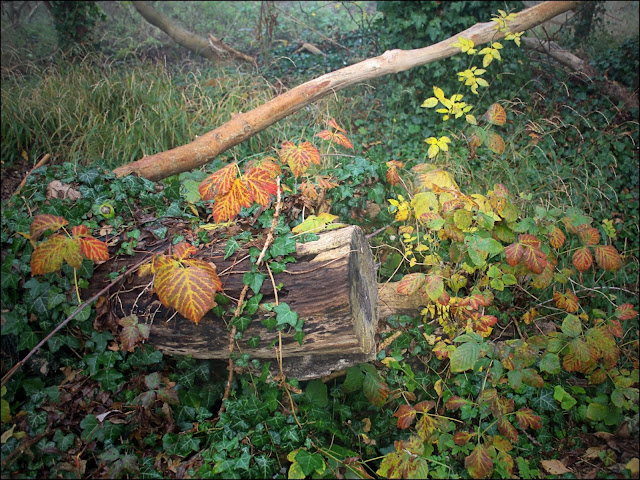 But why would anyone want to go out taking photographs on a foggy day? You might think that fog just obscures the land, but it can reveal it too. By getting rid of all the distant distractions, it focusses the eye on the here and now. It cuts out all the clutter in the background of the scene. We can do with that as we travel through life: getting rid of all the noisy and complicated details and just concentrating on what's within our reach. 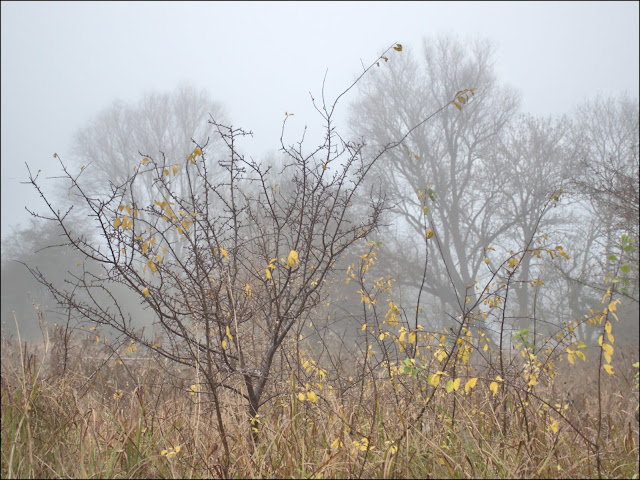 Fog also softens the hard edges of the world, making it seem a more gentle, kindly place. It's good to be cocooned in in my foggy blanket for a while in these crazy times. So it was that my mind was far from dwelling upon ghosts and cruelty in Victorian London as I idled along the footpaths and byways of rural Cambridgeshire. 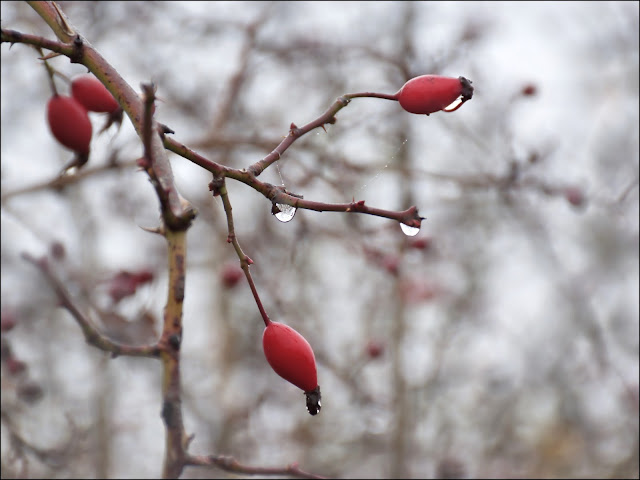 I set out on two separate days, with two separate locations in mind that might make some nice photos: one yielded no photos and the other had no fog! That's the mystery and unpredictability of fogginess. But along the way I found other things I was not expecting. 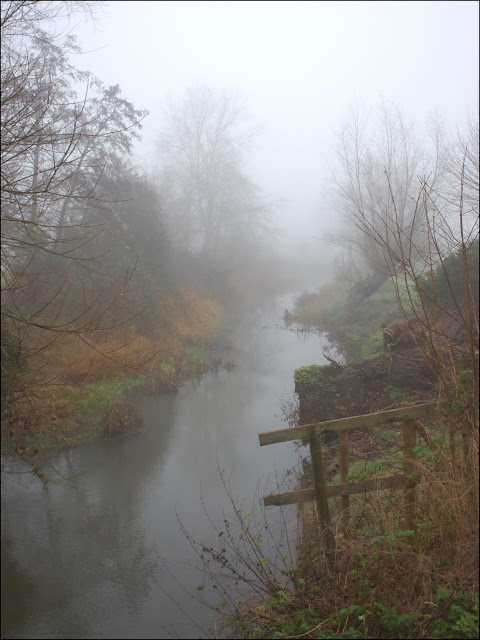 One of the less welcome surprises was a huge fallen tree that completely blocked "the forgotten path". I call it that because twenty-odd years ago it was set out as a "riverside walk" with signs and information boards, but slowly the signs have disappeared and the way has become overgrown. I don't even know if I should really be there. 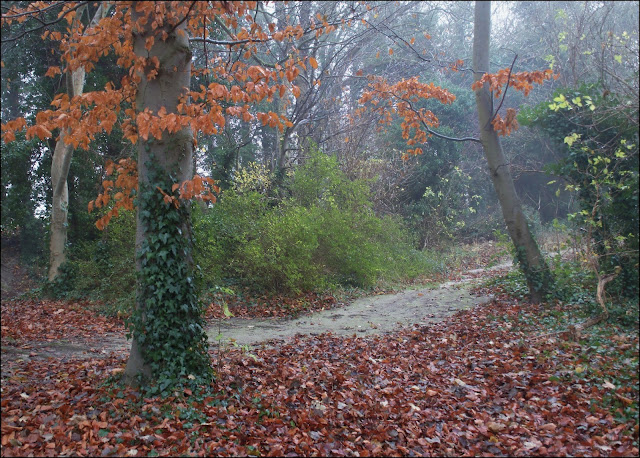 But anyway my progress was halted by this fallen tree, an obstacle I would have once scrambled over with ease. Nowadays I choose a long uncomfortable escapade amongst thorns and brambles to find an alternative route and eventually came out at the edge of a field. Luckily this led me precisely to where I wanted to go. 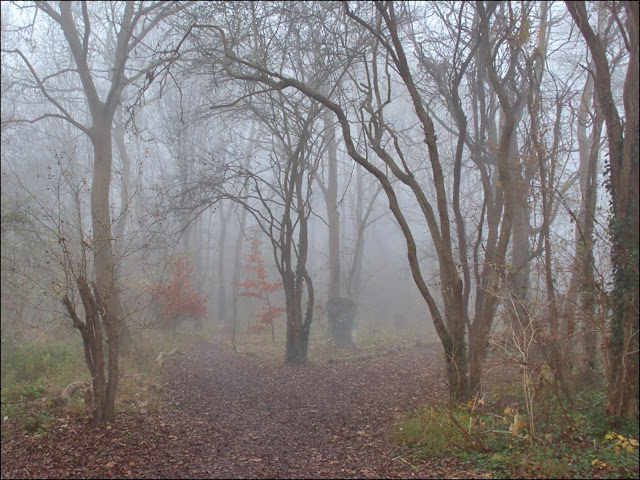 You may have noticed that the pictures don't match up very well with the text so far. Exactly so, fog is always playing tricks like that! 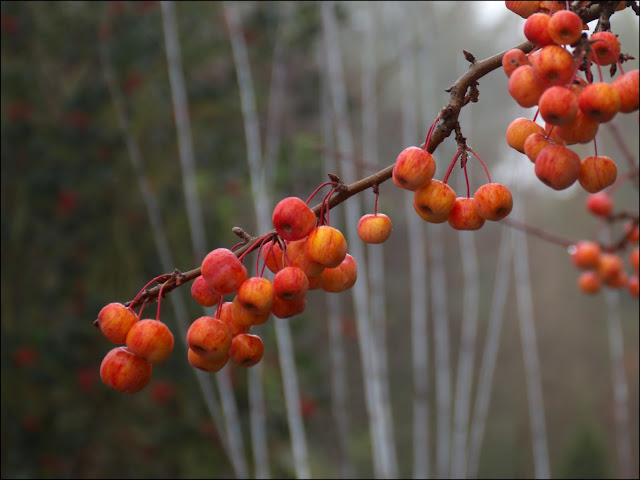 I ended up walking several miles, at times with the visibility down to less than fifty metres. It didn't matter at all, because as I walked the way opened up clearly before me, as it always does. That seems to be another life-lesson; although the way ahead may be unclear, if you keep plodding on all will be revealed in good time. 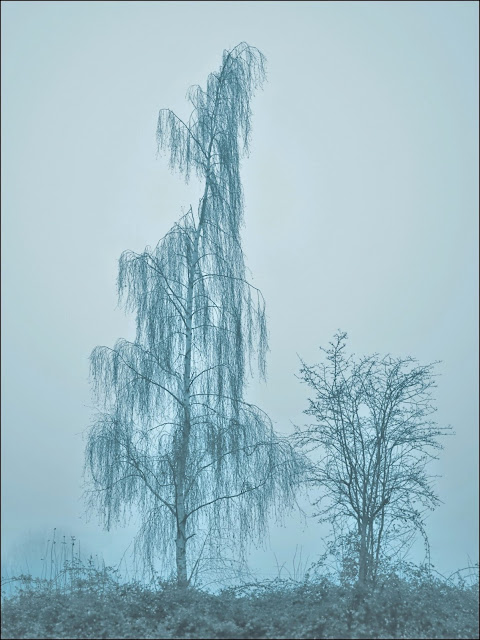 So lets step out into the fog : it's really rather pleasant.
Take care.
Posted by John "By Stargoose And Hanglands" at 07:32