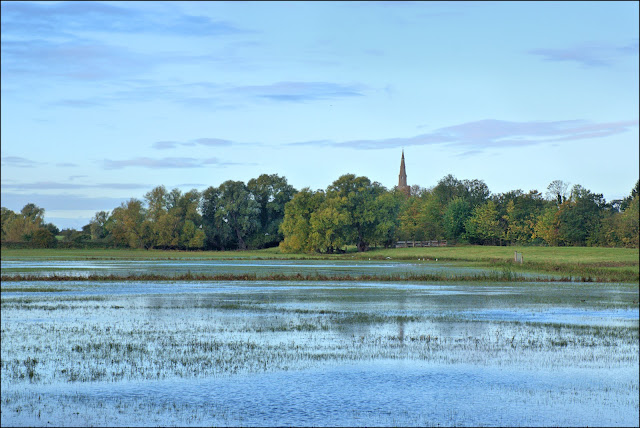 Berry Fen, or Bury Fen as it's sometimes spelled, is an area of low-lying riverside meadowland between the villages of Earith and Bluntisham, ten miles north-north-west of Cambridge. Along with Barleycroft Lake, which we'll visit later, it's an area touched by a magical beauty. 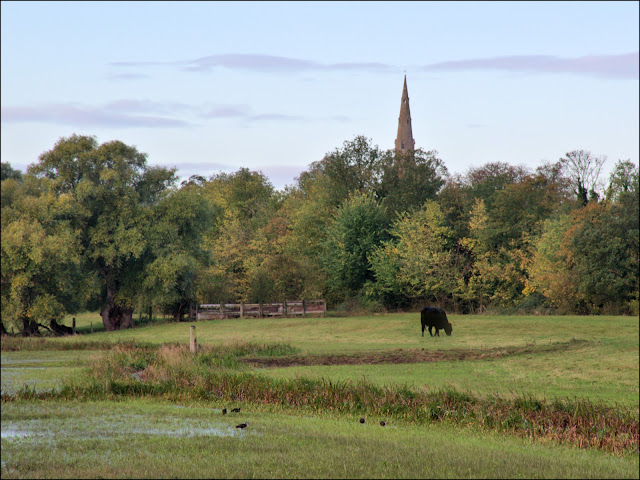 The flooded grassland has a special appeal to waterbirds. Those five little black dots in the foreground turned out to be Glossy Ibis when viewed through a telescope. If you remember some of the stuff I write here, you might recall that we saw three of them earlier in the year. Maybe they've bred somewhere on the many wetland areas around here. Many birds "commute" between summer breeding grounds and wintering areas, but Glossy Ibis are more like tourists than commuters and can turn up almost anywhere and stay if it suits them. 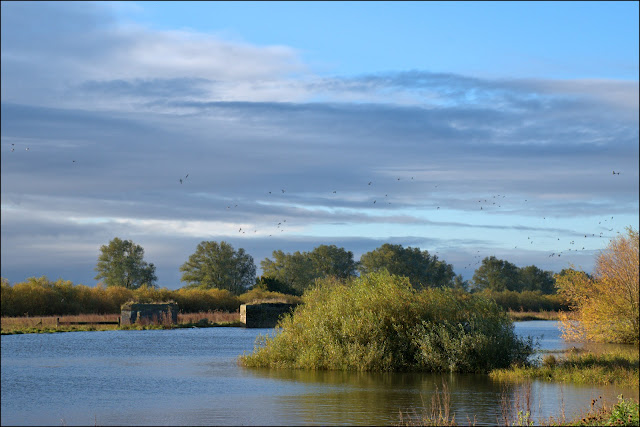 The River Great Ouse flows through a large area of water-meadows and disused gravel pits, so birds are constantly flying in and out. Those brick pillars you can see are what remains of the old St Ives to Ely railway, which was never the busiest of lines. They say that when Earith Bridge station opened, one Friday in May 1878, nobody used a train till the following Monday, which was market day in St Ives! 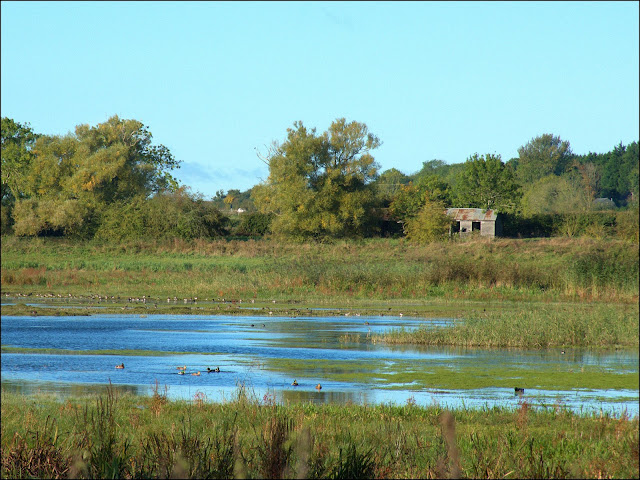 During the next few weeks large flocks of Wigeon will assemble here. These smart little ducks graze on the grasslands, many are already here. 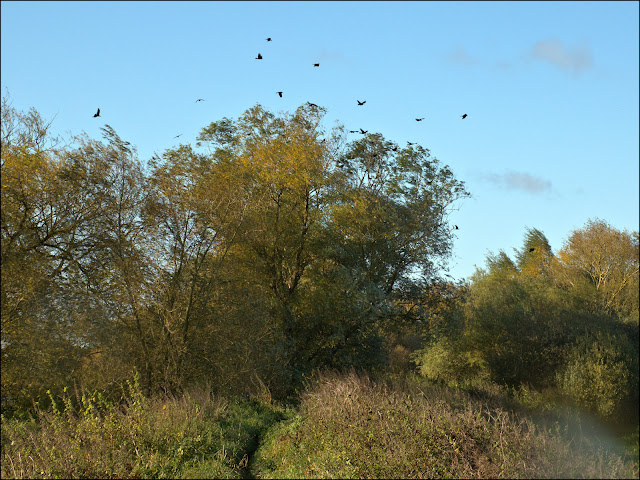 Rooks also gather around this time of year, but they are after the worms and other creatures brought to the surface as they flee the rising floods. 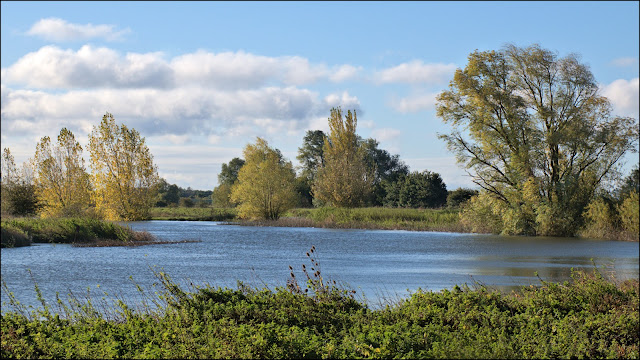 There followed a short section right alongside the River Great Ouse before turning north towards Barleycroft Lake. 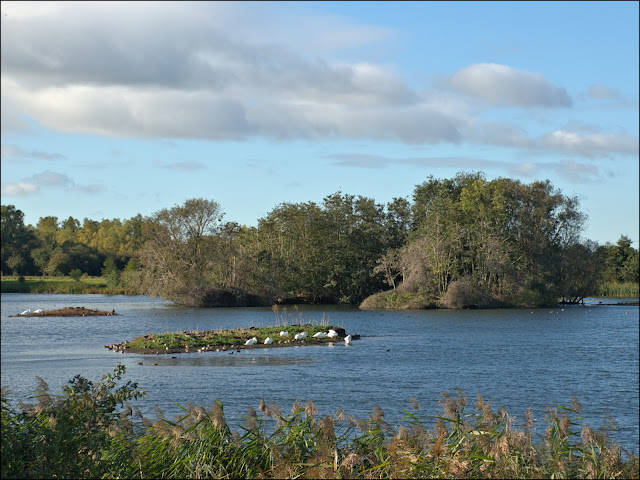 A few decades ago Barleycroft Farm stood right here, before it was sold to the St Ives Sand And Gravel Company, as it was known in those days, and they set to work digging for gravel. Gravel extraction carries on to this day, but as each pit is exhausted it is returned to nature. 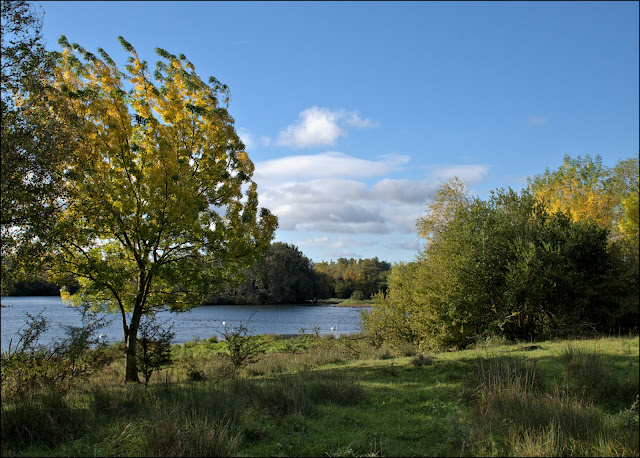 The project, which will cover 700 hectares by 2030, is being carried out by the Hanson Group who are then handing the further management of the site on to the RSPB, Britain's foremost bird conservation charity. 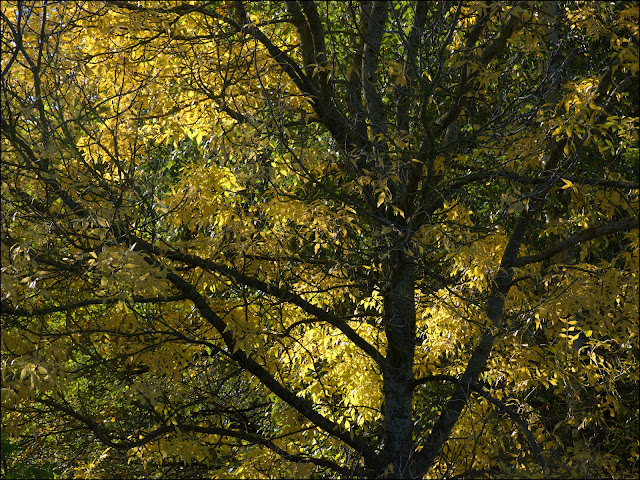 Although both Berry Fen and Barleycroft Lake are officially in the hands of the RSPB, they have not so far put in any visitor facilities other that one or two signs. Elsewhere on the project new trails, picnic tables and small carparks have been built. 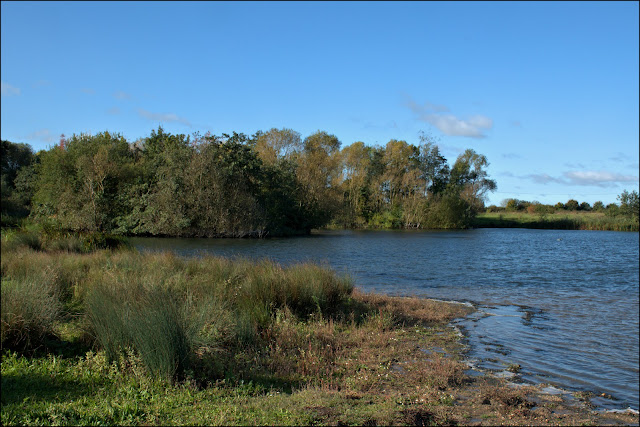 Our main purpose in coming here was to see the American Wigeon, (mareca americana) or Baldpate, which has somehow made its way here this winter. Unfortunately our honoured visitor was keeping itself well-hidden and we failed to find it amidst the hundreds of ducks on and around the lake. Never mind, we did see three Red-Crested Pochards, which are almost as rare, as well as the Glossy Ibises and a Cattle Egret. 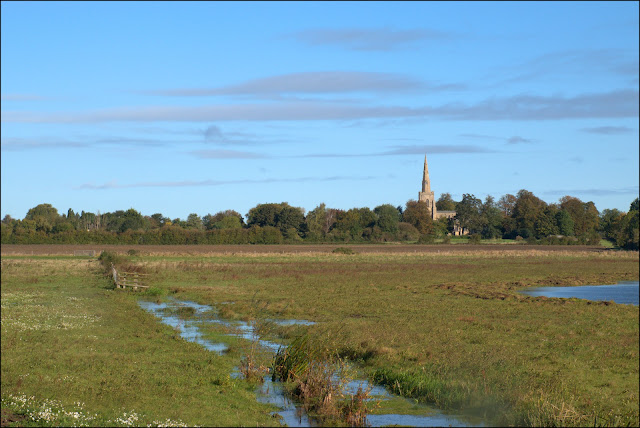 Then we need to turn back and retrace our muddy, slithering steps beside Berry Fen. In winter this can flood right across and sometimes freezes. In the colder winters of the nineteenth century skating was quite a sport on the Fens. Speed skating races were the main attraction and men with such unlikely names as Turkey Smart, Fish Smart, Gutta Percha See and Larman Register competed for prize-money. And yes, there were a few women who competed too, the most celebrated being Jane Winters. 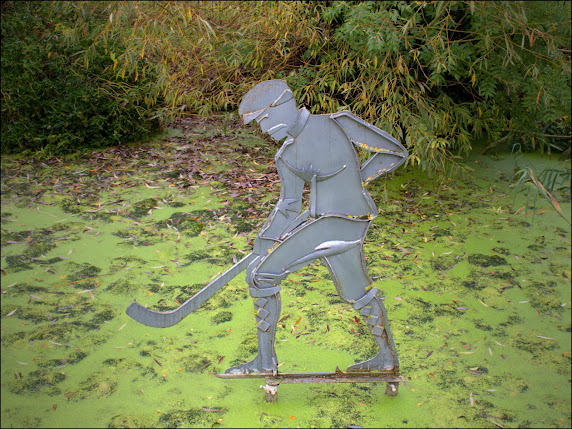 But here on Berry Fen the main sport was Bandy, a forerunner of ice-hockey, played outside on a large, flooded, frozen field with a ball rather than a puck. The game is still played today, mainly in Nordic and East European countries, but the first rules of the game seem to have been drawn up here by Charles Goodman Tebbutt and the Bury Fen Bandy Club (unbeaten for a century). This proud history is commemorated by a small sculpture on the village pond at Earith. 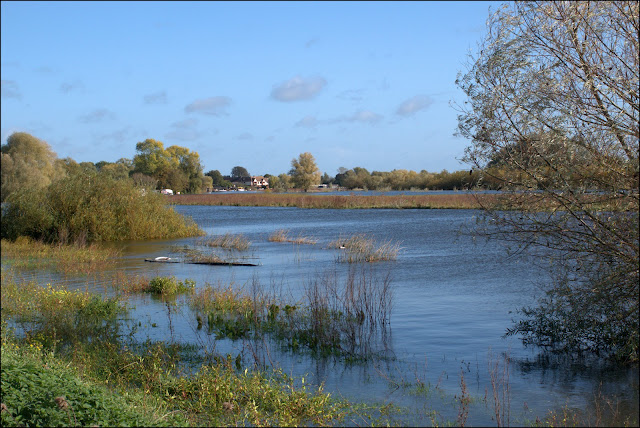 So we make our way back along the river.
Take care.
Posted by John "By Stargoose And Hanglands" at 07:53