Autumn On The Heath

Autumn remains just a whispered rumour to most of the trees in my local area. Occasional trees are changing colour but most are ignoring the calendar's inevitable progress, despite the chilly weather which has drifted in. 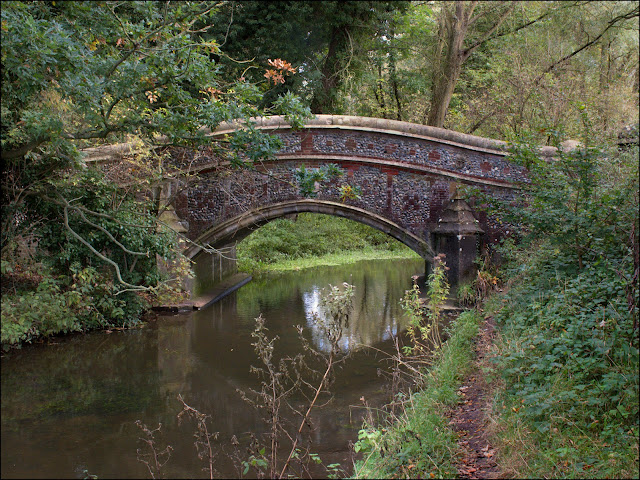 Whatever the trees may think, there is another plant which is always ahead of them when it comes to taking on a golden glow. There's not much of it where I live, but I know where to go to find it - and find lots of it... 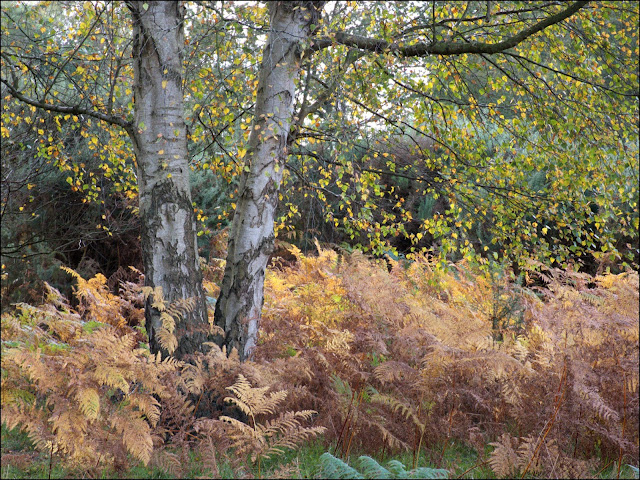 Whatever else we may say about bracken, it looks stunning for a few weeks at this time of year. And Knettishall Heath, where we wandered back in early August, has more bracken than it really needs. 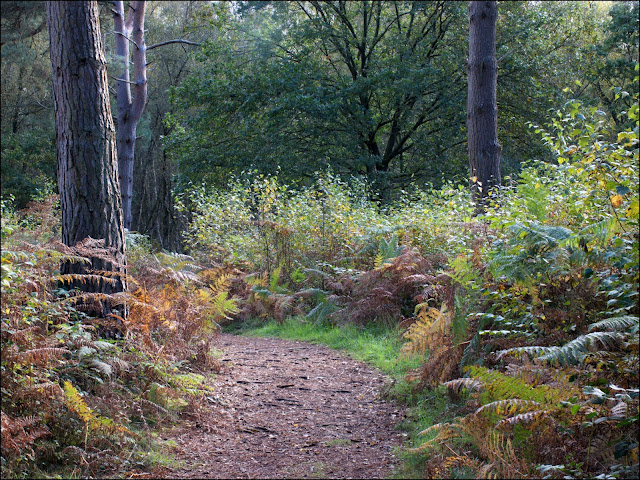 We'll follow the well-marked and well-trodden paths across the heath and through the varied woodland to enjoy the scenery and search for some fungi. 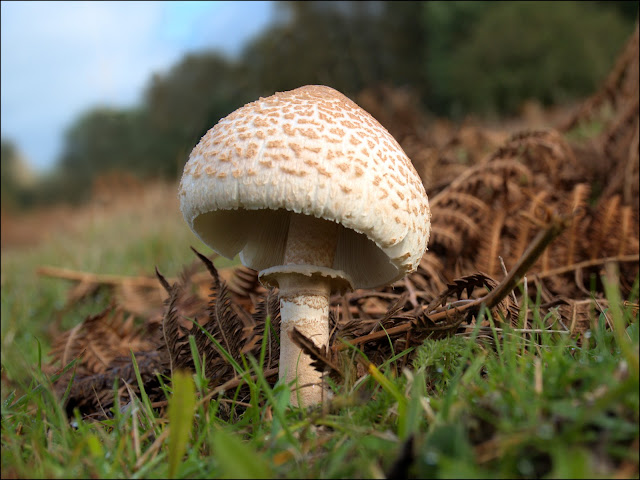 Parasol mushrooms (I think that's what they are) were abundant across the heathland. 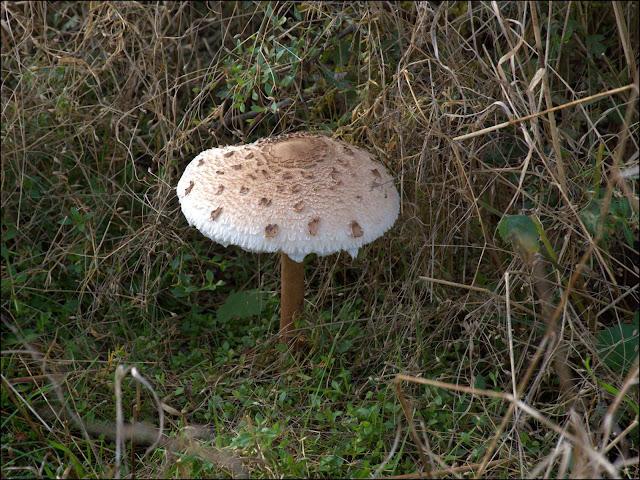 As they get older they flatten out and can become quite large. 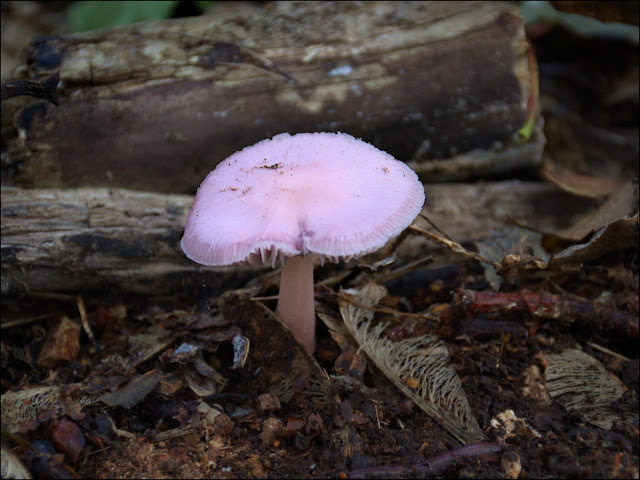 This little chap is probably (after lengthy perusal of my little guidebook) a Lilac Bonnet, a delicate character that somehow pushes its way up through the fallen twigs and leaf litter. 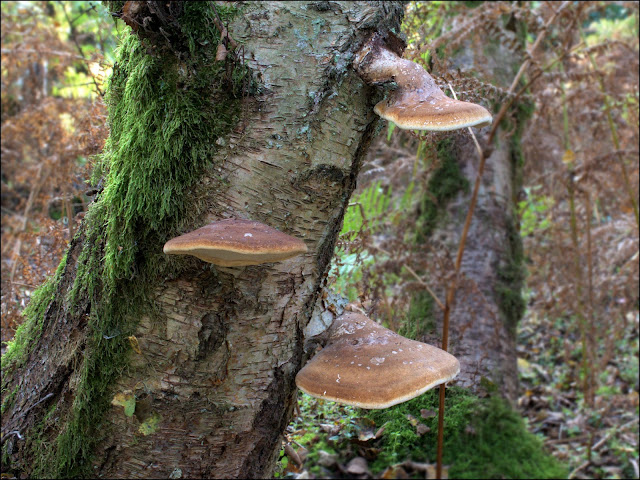 Wherever you find birch woodland in Britain, you're sure to find Birch Polypore fungus. In time it will kill the tree, though in the past it was put to all kinds of uses by the human population - from tinder to light fires, to a strop for sharpening razors. 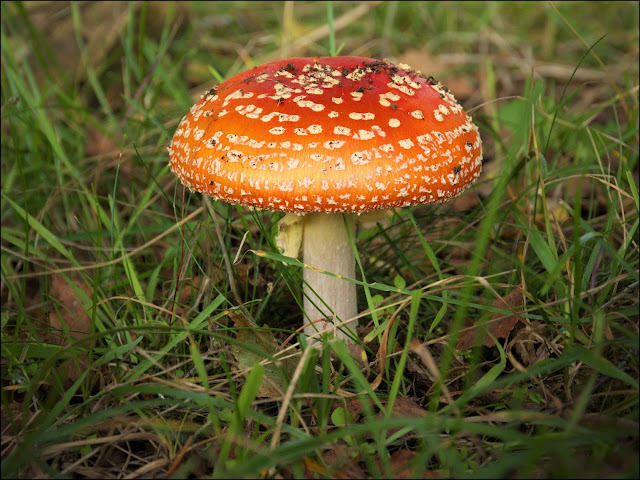 And this of course is Fly Agaric, as illustrated in so many fairy tale books. I was very happy to find such a perfect example, even if it's of a slightly more orangey hue than some. But lets carry on in our quest for other kinds of colour. 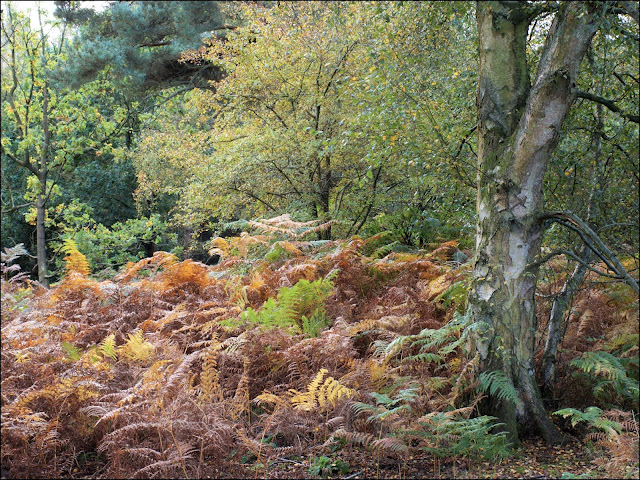 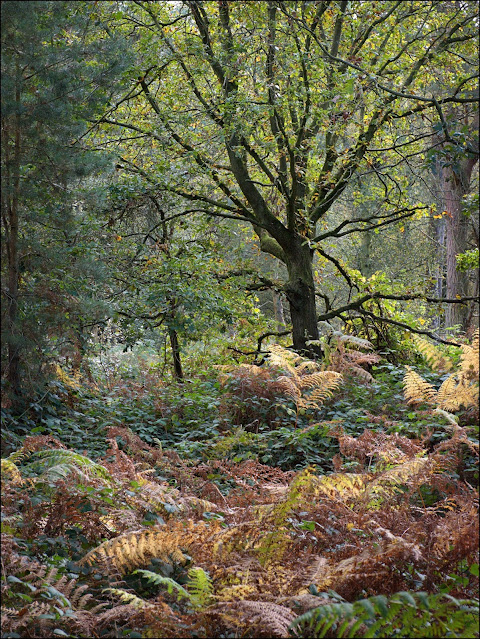 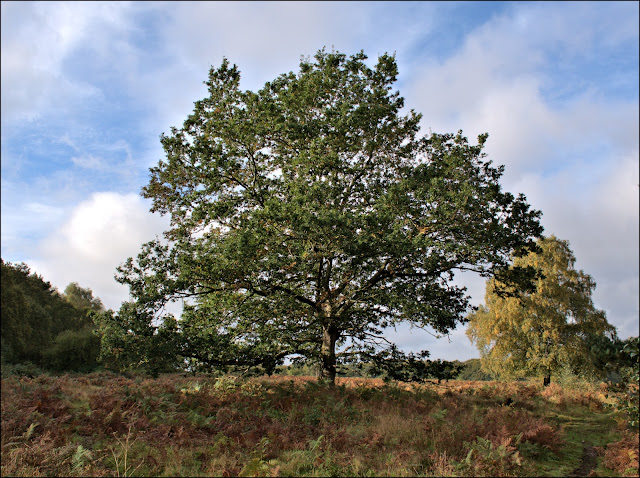 The bracken out on the heath has turned rather more brown than that sheltered among the woods, but there are other delights out here... 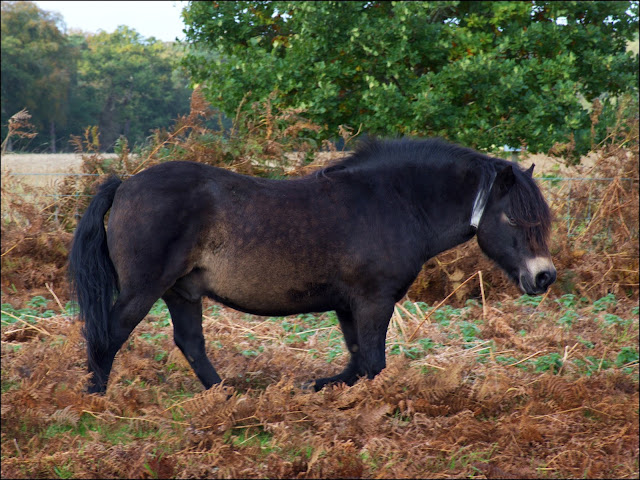 The Exmoor ponies that we saw last time are still here, as they always are, employed in the conservation grazing of this extensive area. You could easily take a walk here without seeing the small herd of ponies among all the woods and heathland. 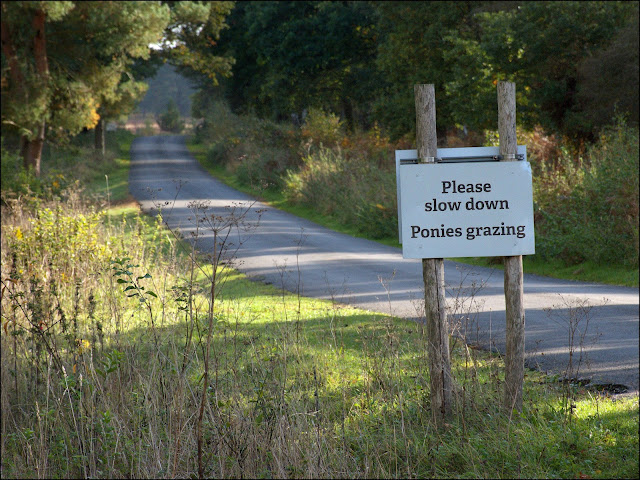 Last time I wrote about Knettishall Heath there was concern from some readers about the welfare of the ponies, particularly if they were to eat the bracken. I'm happy to now be able to report, apart from the fact that they have plenty of other vegetation to eat, that they are checked every day - I know this because we met the lady who has to find and check them. Luckily she has an ally in this endeavour... 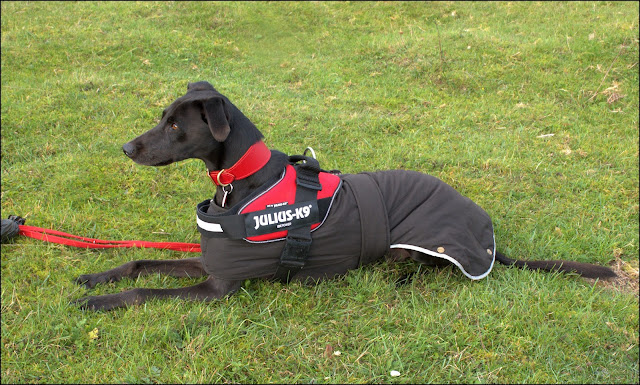 This may be the only dog in the world to have been specially trained to track ponies. It's apparently a cross between a Black Labrador and a Bedlington Terrier, combining intelligence and speed. Such an ancestry, we were told, qualifies it as a "lurcher", though certainly one of the more unusual combinations of breeds. 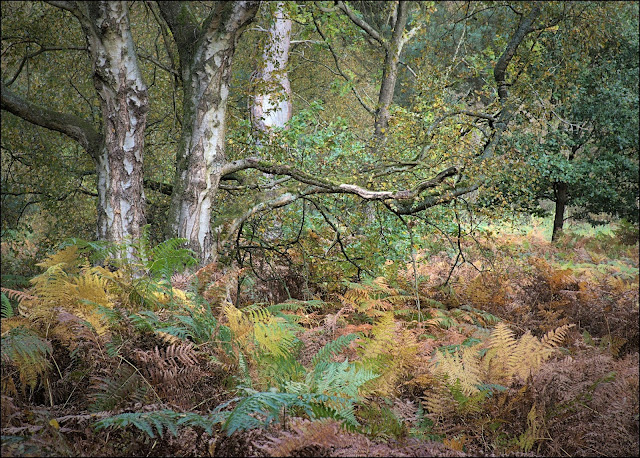 Lets leave them to their work and continue our magical way through the late October landscape. 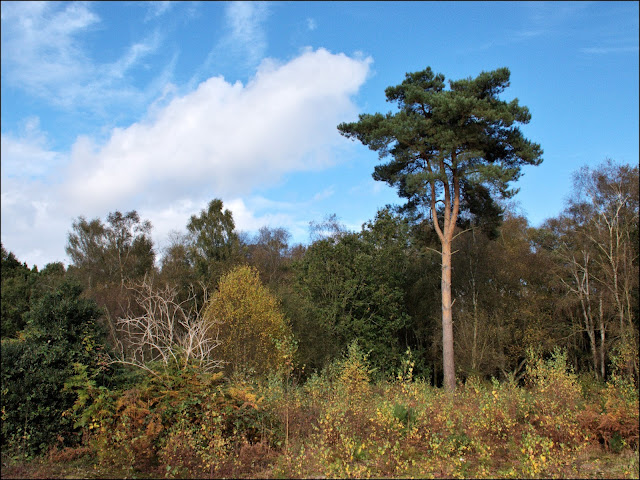 That Scots Pine standing proudly above its neighbours is evergreen, of course, but most of the other trees around it will eventually don their golden tones. With any luck we'll see more in the next month or so. 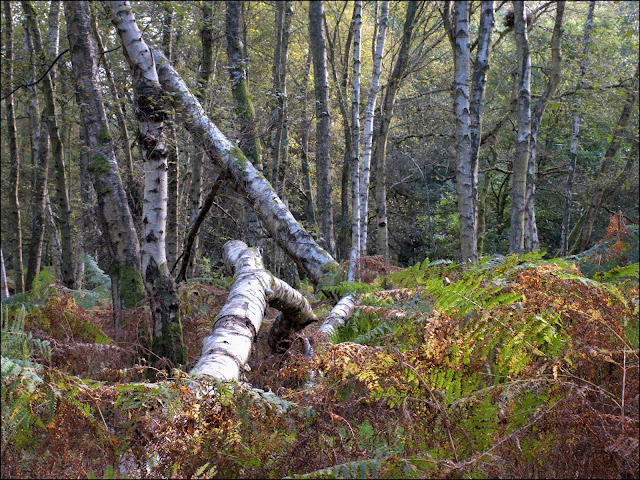 Take care.
Posted by John "By Stargoose And Hanglands" at 08:34