Kicking My Heels And Keeping On My Toes

So here we all are, kicking our heels and waiting for the invitation to have a needle stuck in our arms. Travel outside the local area is not allowed so my footsteps are confined to the roads and footpaths around home. Funnily enough, it's been OK. 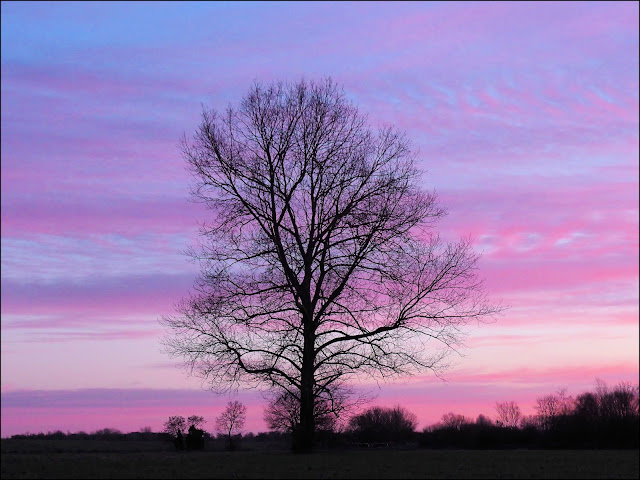 Early morning walks have been the best, especially when the sun rises to an accompaniment of pretty pastel shades. The other advantage has been that, after a clear cold night, the muddy paths are frozen hard, making progress rather easier. And we've had plenty of rain lately. 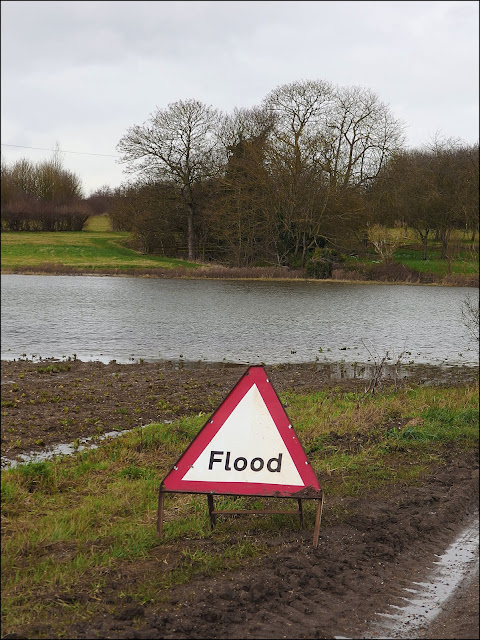 This is the infant River Cam as it passes Malton Farm. It's usually an insignificant little stream, just a couple of metres or so from one bank to the other, but recent rain made the road impassable to traffic for a while.

The flooding meant that I could walk the mile or so along the road in splendid isolation, without the need to leap out of the way of cars. The farmhouse, which stands right next to the river, kept its feet completely dry by being on a slight, almost imperceptible, rise - another indication of how well the people of the past understood their land. 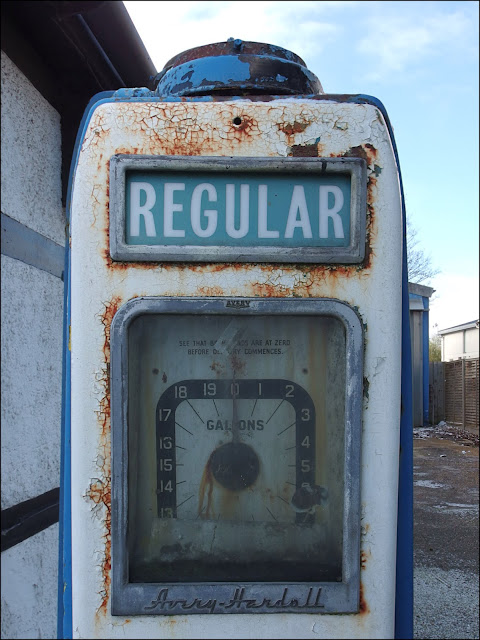 On another day I set out, by a devious and circuitous route, to photograph an ancient petrol pump (!). The garage to which it was attached has closed down recently after decades in the same family and this old pump may be due to vanish soon. 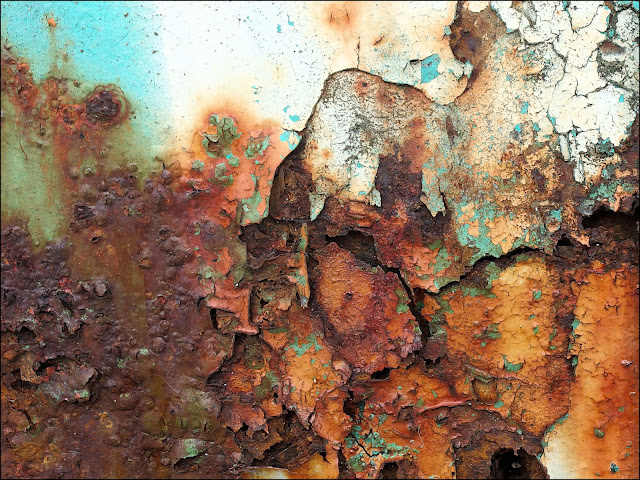 On my way I passed an old oil tank of unknown origin which is frequently graffitied and slowly rotting away in the English weather. Its surface is full of interesting colours and textures. 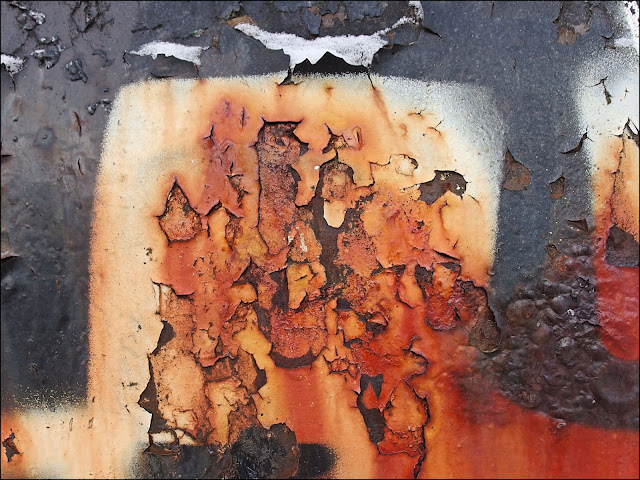 Once I get started on this sort of thing I find it hard to stop! 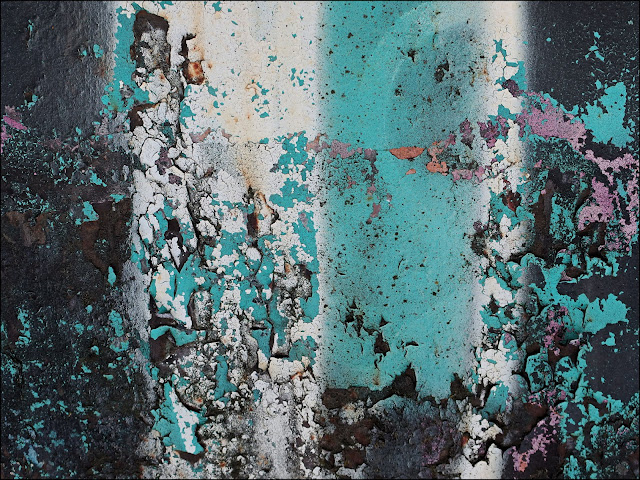 I was just about to persuade myself to move on when I spotted that the end of the tank was even more decayed.... 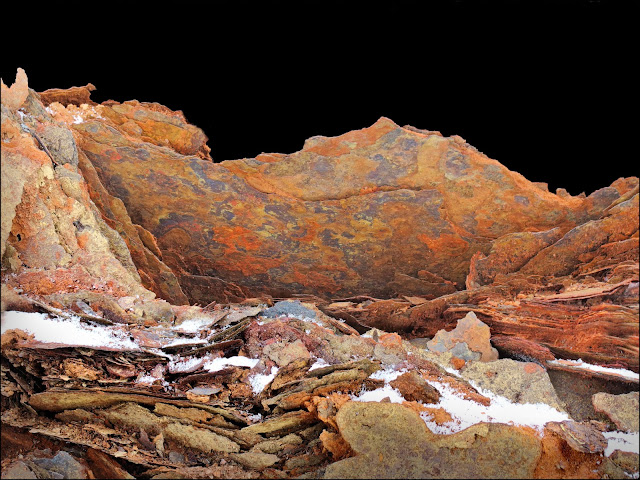 ..... and there I found a miniature mountain range, in the rust at the base of a big hole that had been punched into it. Yes, that's a little snow in there, forming a mini-glacier. 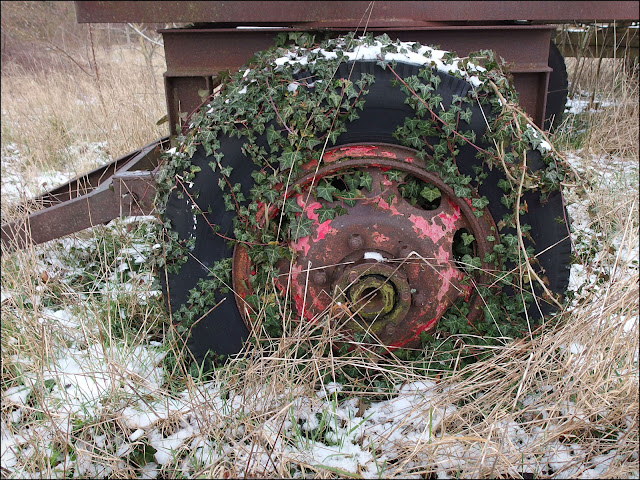 I moved on towards a place where I knew there were some old farm trailers and machinery stored and found this little scene which, with its snow, red paint and ivy, had a faintly Christmassy look. 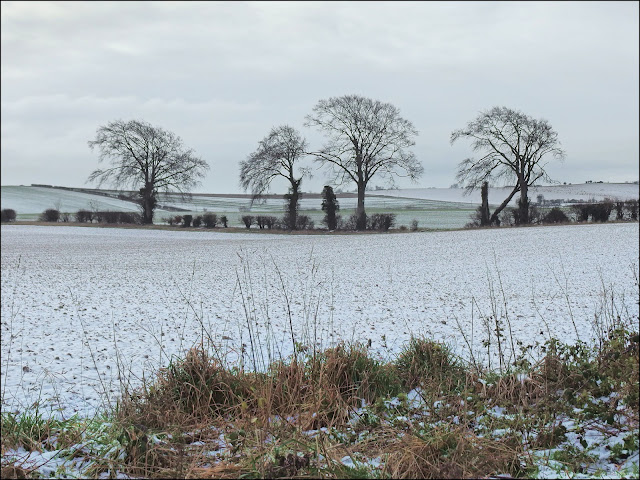 I rarely walk this footpath for the very good reason that it doesn't lead anywhere - it goes so far and then just stops. It's called Water Lane so maybe there was once a spring or well up here - if so it's long gone now. But it did give a nice view of the snow-speckled fields and the bare winter trees. 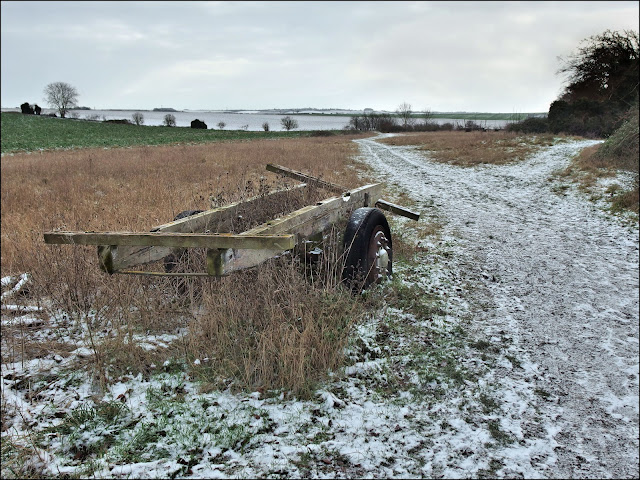 So that's how I've been spending my time,
Take care.
Posted by John "By Stargoose And Hanglands" at 15:50