In a week when the weather in England has been uncompromisingly grey, and the political situation with an election in the offing is far from black and white, I've been wandering back through some pictures from the last year and wondering if any would look better in monochrome. 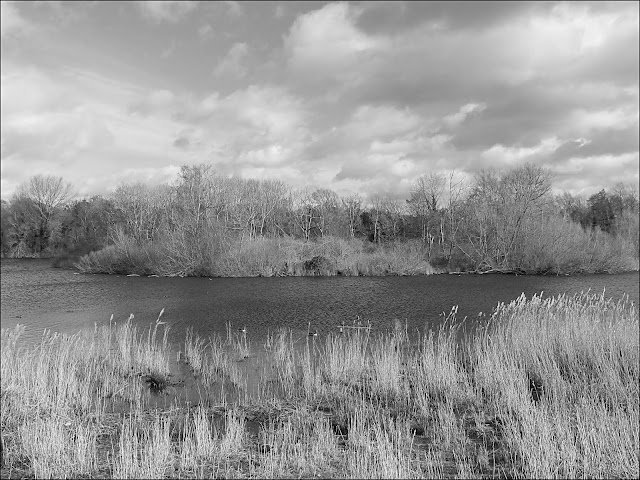 In the same way that people say they prefer listening to the radio because "the pictures are better" so sometimes the colours are better on mono shots where you have the freedom to imagine the colours. 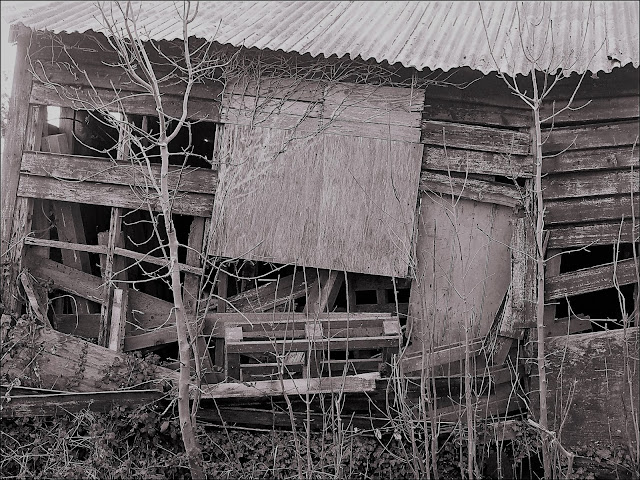 So imagine away on this fine example of farmyard architecture! 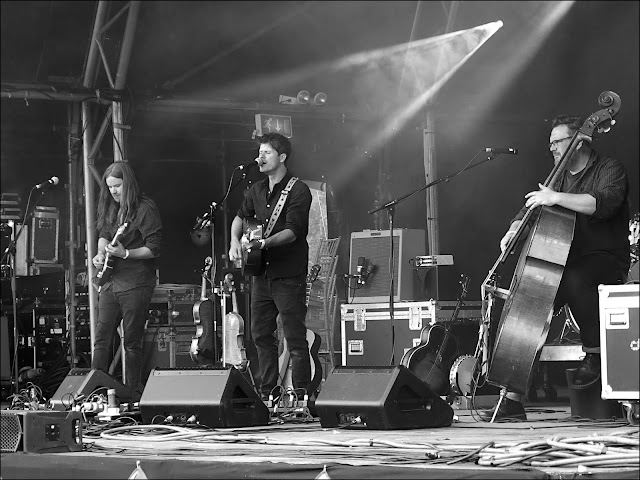 This was Seth Lakeman and his band at the Folk By The Oak festival last summer playing their distinctive brand of folk-rock. 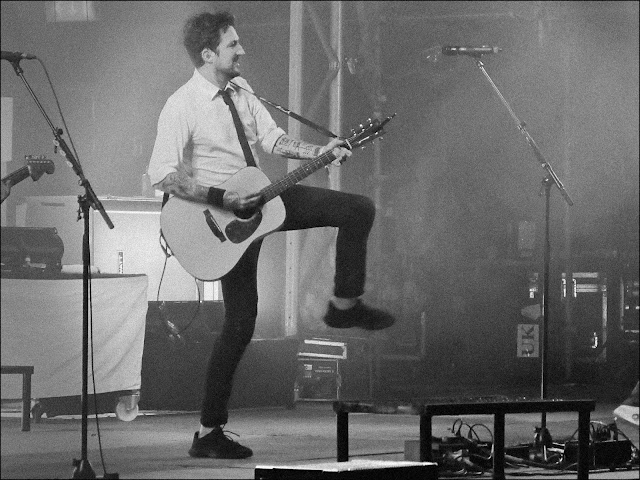 Frank Turner sings some gritty songs so I thought this treatment was appropriate. 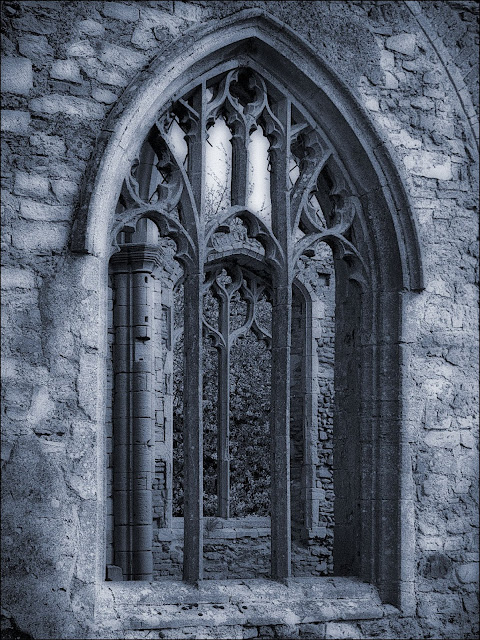 The spooky ruined church at Wiggenhall St Peter out in the Fens. 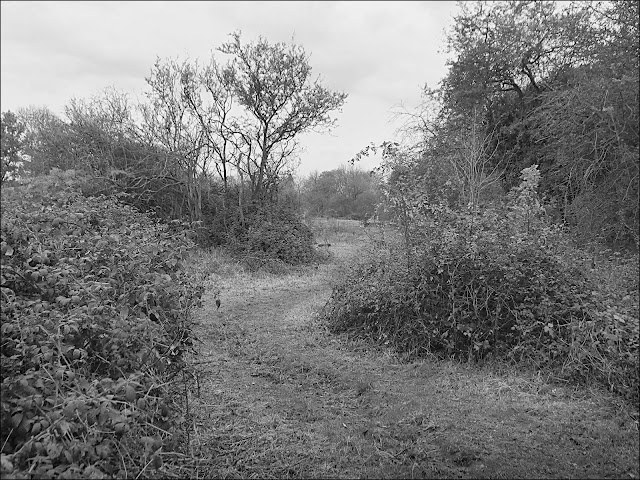 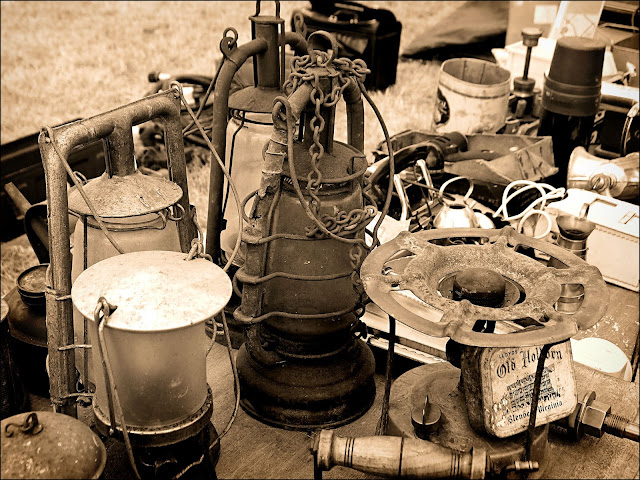 Old stuff for sale at an agricultural show. 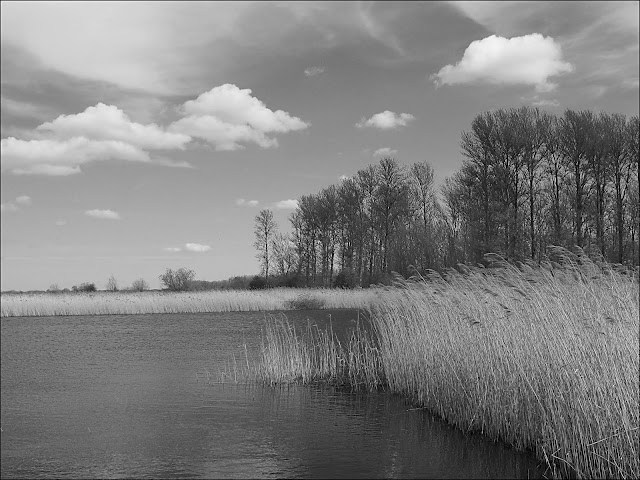 A quiet scene at Lakenheath RSPB bird reserve in Suffolk. 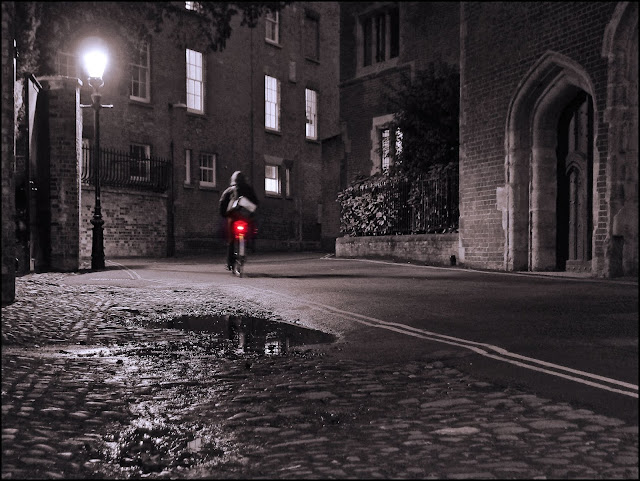 And the receding rear-light of just one of Cambridge's thousands of cyclists.

******
For this week's Music on a Friday we're going back to a guitarist who made his name back in the days when music was mostly in mono too. The Yardbirds had three great guitarists in their line-up in the 1960s. But we're not talking about Eric Clapton or Jimmy Page here but the other one, Jeff Beck.

Beck had a rather haphazard approach to his musical career and a degree of perfectionism that drove those around him crazy. Much against the odds he continues making music, releasing his latest CD when he was just 72 years young. On this video, from Ronnie Scott's Jazz Club, he's playing a Stevie Wonder composition and demonstrating his mastery of the electric guitar, shaping each note with the "whammy bar" and the volume control. He's accompanied here by another guitar great the 21-year-old Tal Wilkenfeld on bass. The facial expressions of the musicians during and just after her solo are priceless....

Posted by John "By Stargoose And Hanglands" at 12:00