Mohsen And His Music

On Sunday I was in the grounds of Hatfield House for the Folk By The Oak one-day festival of folk music. This year there seemed to be a firm focus on youth with many young musicians and some acts clearly aimed at getting a younger audience than you'll find at a lot of festivals. But it didn't stop old codgers like me going along and enjoying myself too. 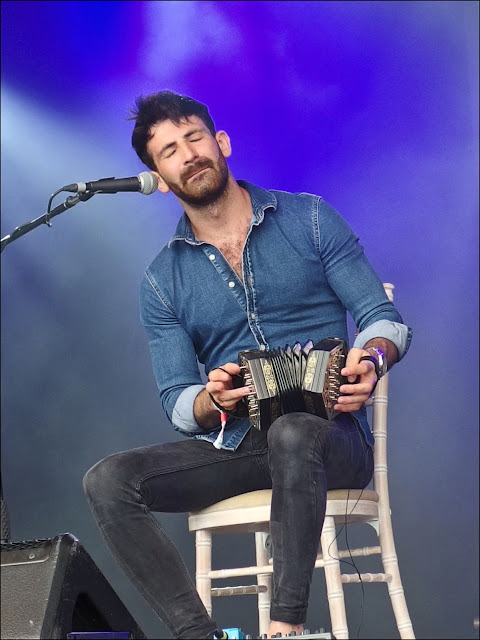 And so it was that in mid-afternoon I found myself talking to a member of The London Youth Folk Ensemble about our shared enthusiasm for the music of a concertina-playing Scotsman and the band Talisk or TΔLISK as they like to brand themselves. 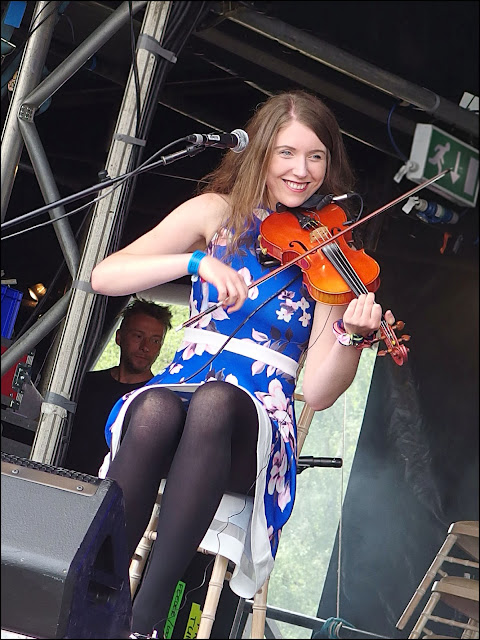 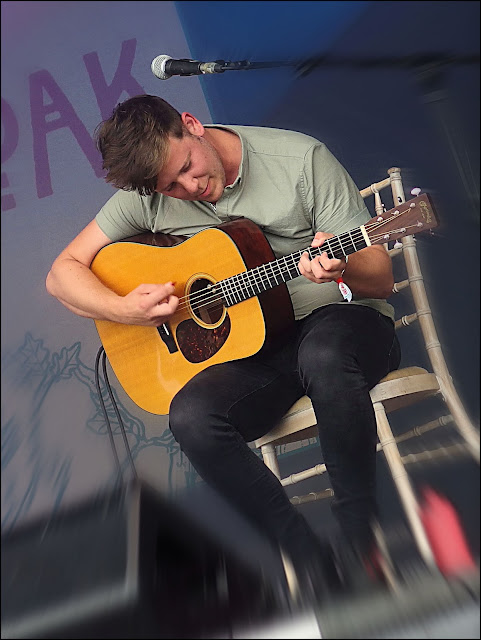 …..and on guitar is Graeme Armstrong, both very fine musicians in their own right. 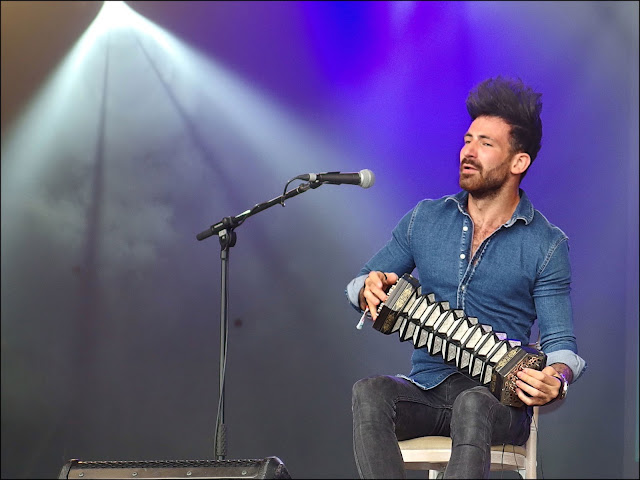 But the eye (and my camera lens) is inevitably drawn to the hair-raising concertina playing of Mohsen Amini. He launches into the tunes with unstoppable energy and gusto, crouching over his instrument to shoot out rapid-fire volleys of notes from his lightning fingers Then he's leaning back exchanging glances with the other members of the band who produce some of the most exciting music you'll ever hear from just three musicians - and three people sitting down at that! 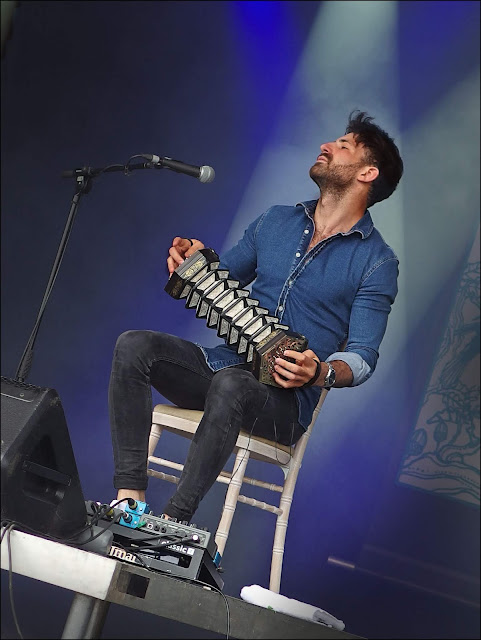 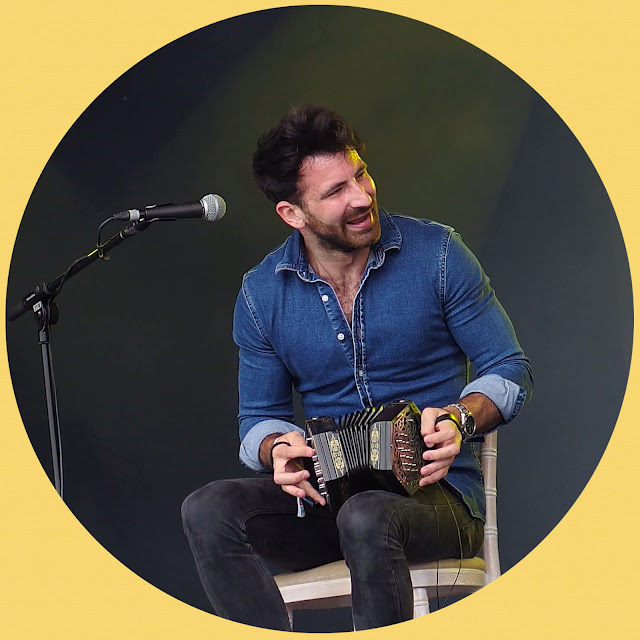 Meanwhile the band Talisk have received a BBC Radio 2 Folk Award as well as Folk Band Of The Year and a Belhaven Bursary For Innovation at BBC Alba Scots Trad Music Awards. They've appeared at festivals throughout the world, now including Folk By The Oak at Hatfield House!

I didn't take any video but here's a video borrowed from Talisk's website. They are playing a track called "Montreal" from their album "Beyond". From the sound of it Montreal must be an exciting place!

Posted by John "By Stargoose And Hanglands" at 19:05