A Jewel In The Town

The National Garden Scheme, whereby interesting private gardens across the country are opened for a day or two in aid of charity, occasionally turns up something completely unexpected. Lets look at a tiny garden which I visited on Sunday. 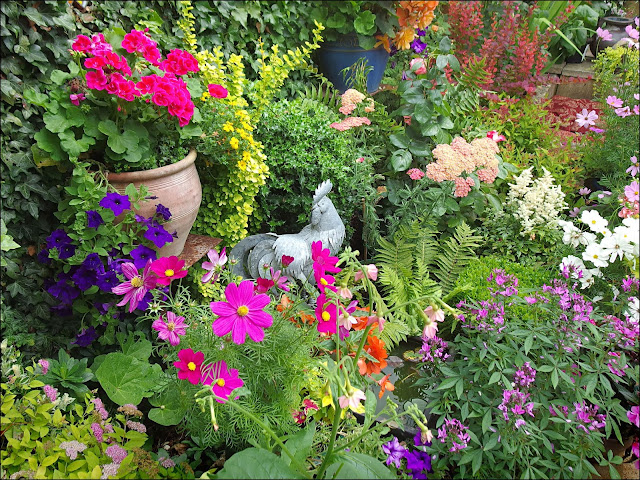 You've already had a sneak preview from the first picture, but as I approached down a narrow Cambridge street I began to wonder if I was in the right place. These terraced homes generally have miniscule plots of land at the back with barely space for a bicycle, a rubbish bin and a scraggy rose bush if you're lucky. 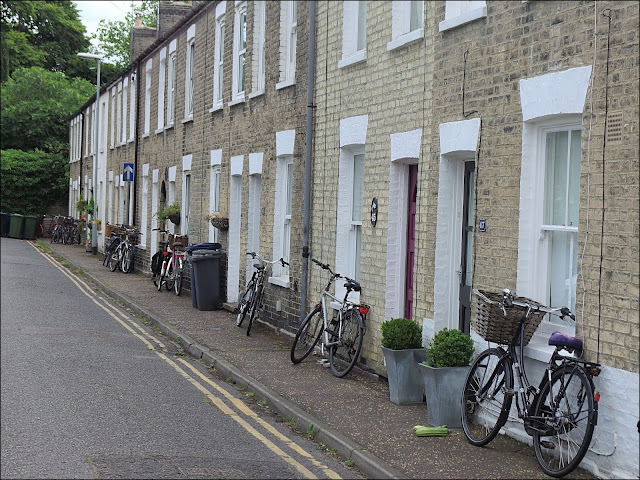 But I knocked at the door anyway and was welcomed in by John and Maurice who live here and have created the garden. 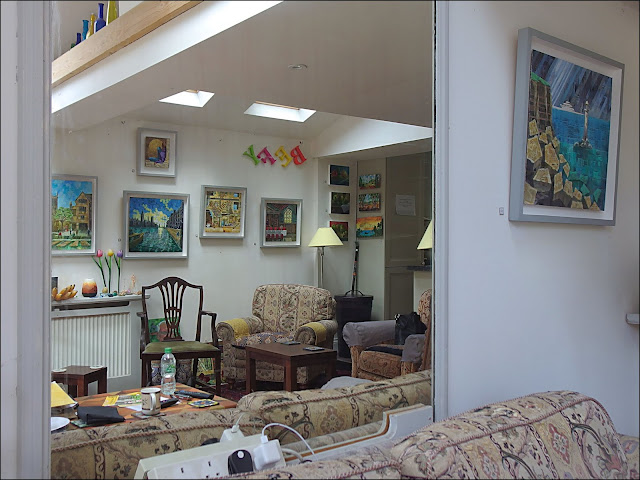 There was a small exhibition of John's stylish paintings, seen above in the wall mirror. But the eye was immediately drawn to the far end of the room where wide doors opened out on to..... 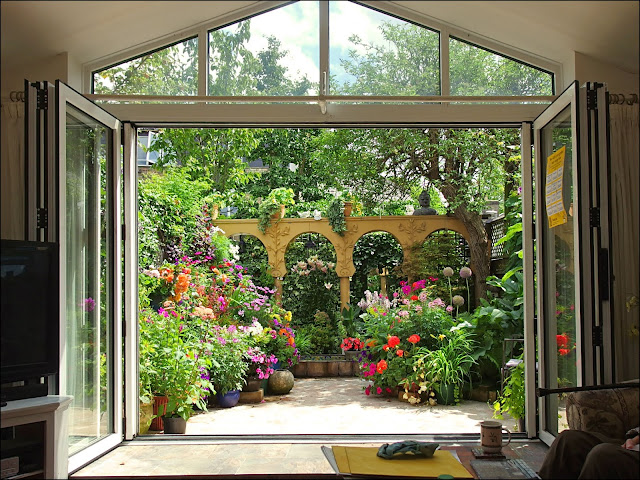 I certainly wasn't expecting that! 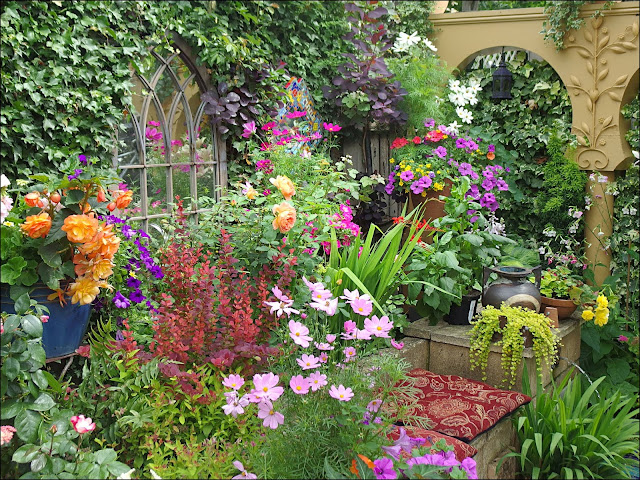 The garden acts like a sort of outside room, with a cushioned seat where you can sit and absorb the beauty all around you. 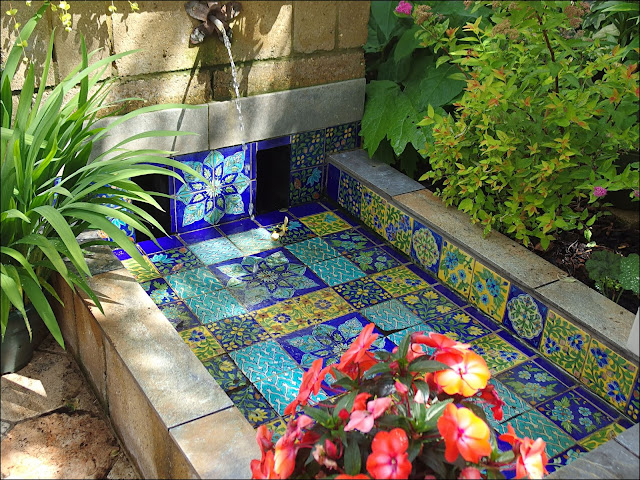 There's the gentle sound of running water in the jewel-like pool. 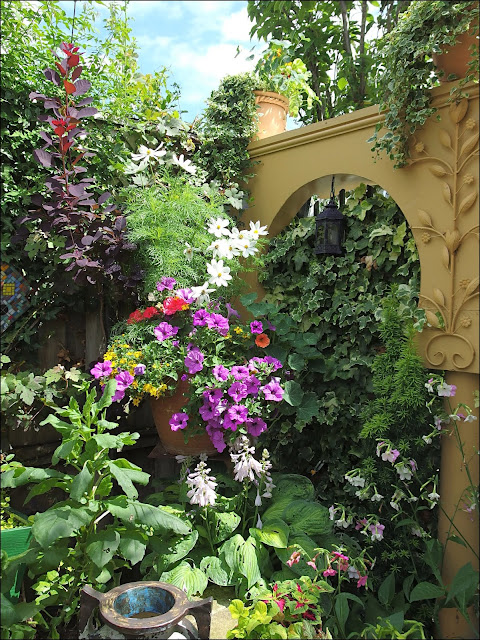 Last year this garden was placed third in the Gardeners' World national competition, though I imagine it must have been a close-run thing. 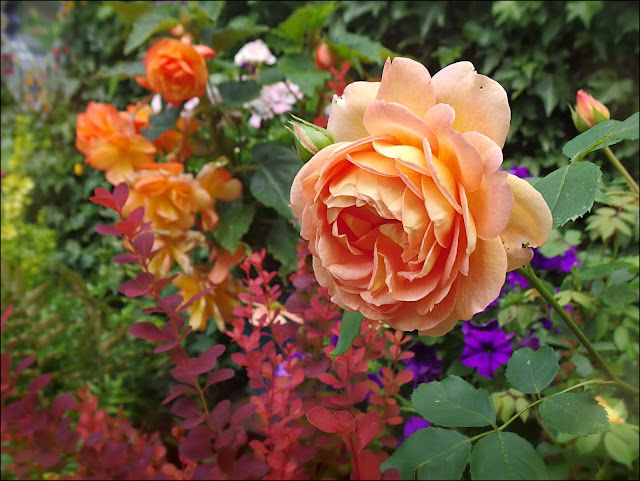 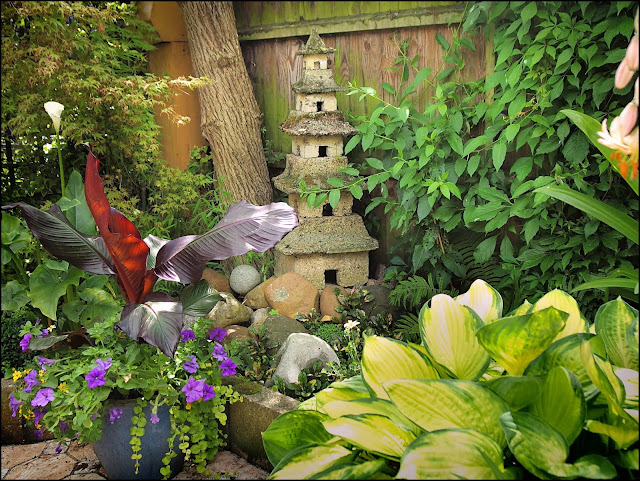 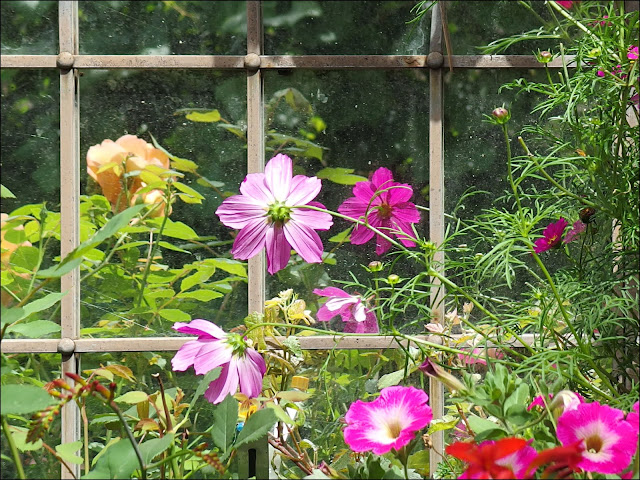 Artful use is made of mirrors which give the illusion of a larger space and also reflect sunlight into the shadows. 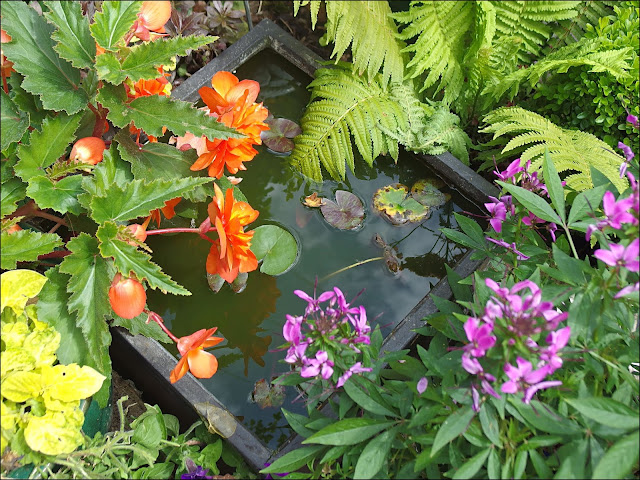 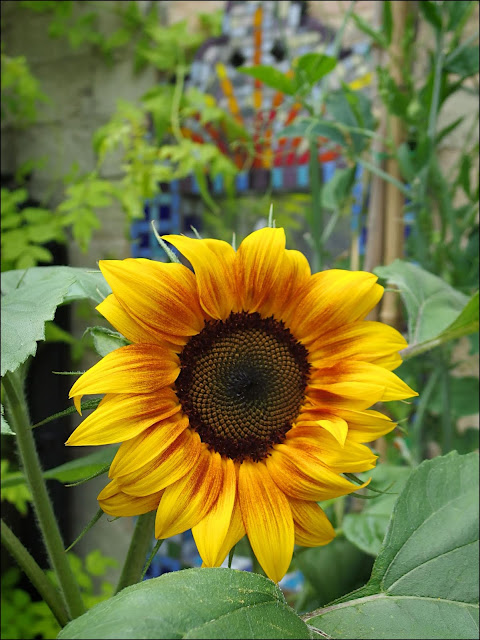 It's the kind of garden that you feel privileged to be able to visit. 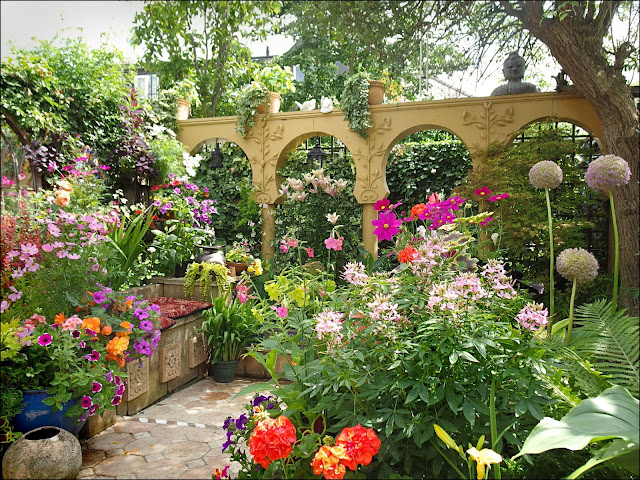 Back inside I was able to look at some of Maurice's bookbinding and enjoy a cup of tea and a piece of cake before departing. 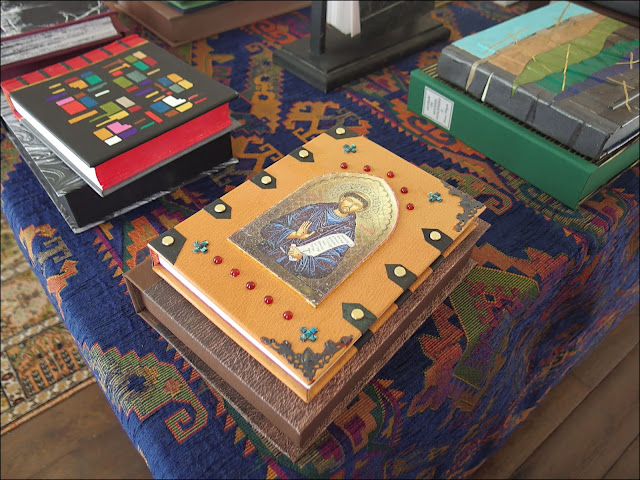 Posted by John "By Stargoose And Hanglands" at 20:53