Every year at this time everything in nature is suddenly green. You step out one morning and notice that the grass needs cutting and you can no longer see through the hedge. Once it's happened you can't miss it, but catching it while it's at it is another matter. That's one of the reasons I go out for a walk every day. 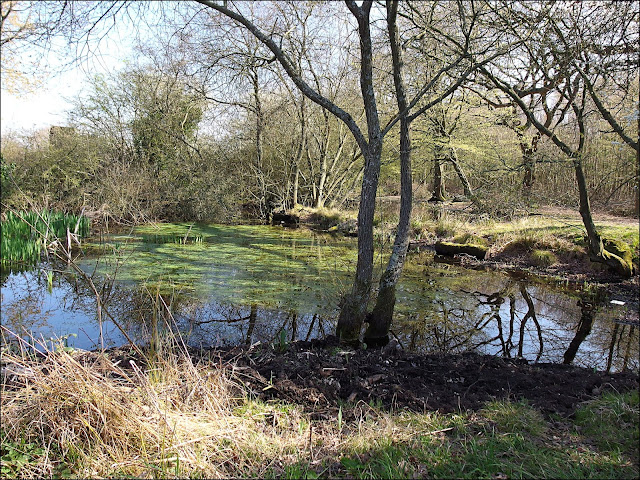 And this particular walk started near Stevenage in Hertfordshire. Believe it or not this little pond is less than a hundred yards from the busy A1 road, but despite the lorries roaring past this is home to some rare newts and is a Site of Special Scientific Interest. 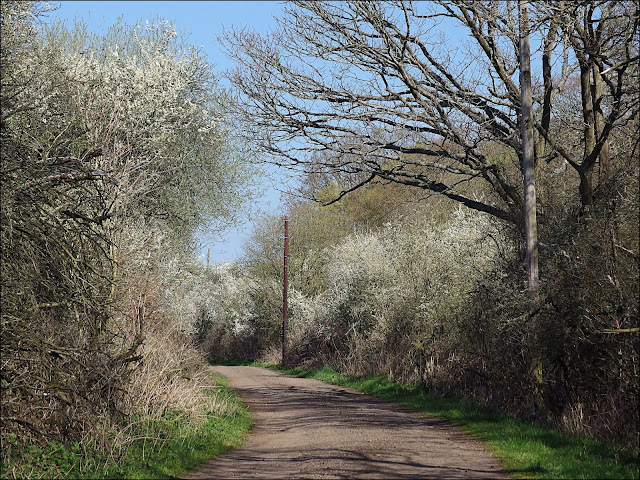 Luckily we'll be following some quieter by-ways where the blackthorn is still blossoming and a few trees are trying to produce their leaves. 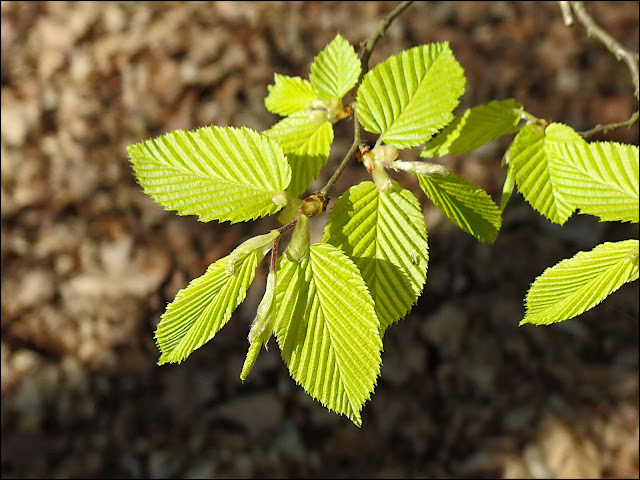 New leaves, all innocent and green, put forth by that toughest of woodland characters, the hornbeam tree. Its wood is so hard that it's also known as "ironwood", and only used for specialist jobs like making wooden cartwheels or handles for tools. There's a lot of it  growing in the ancient woods of Hertfordshire. Those leaves won't stay as bright and fresh as that for long, but make a pretty sight for a while. 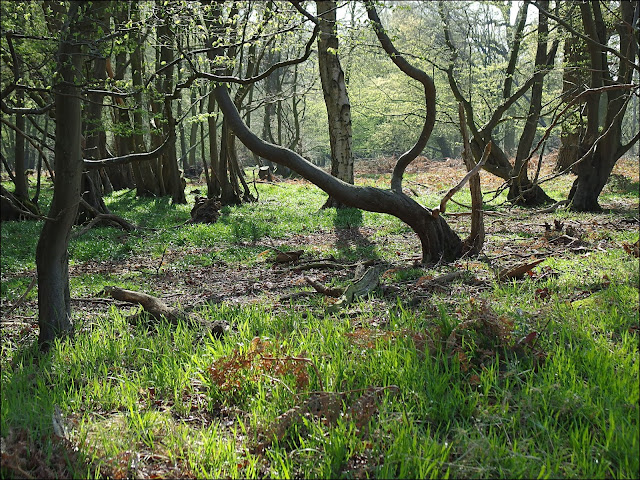 Once you get an eye for it you can sometimes pick out the remains of boundary banks and ditches within the wood. For our woods were once intensively managed to maximise their usefulness. You can even pick out the lines of old roads too - parallel ditches that are set rather wider apart than the footpath or track you're following. 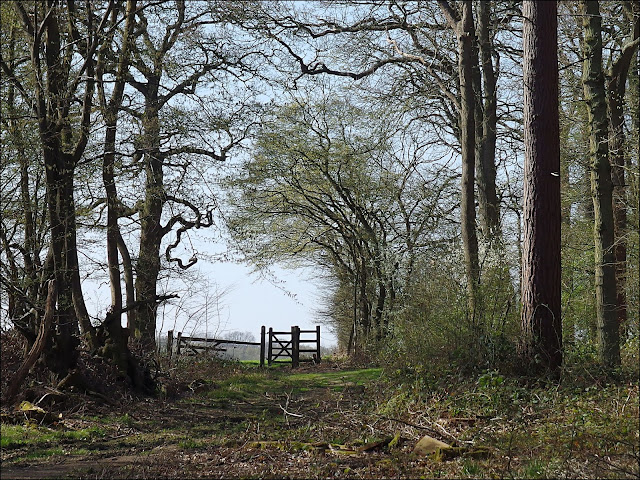 from "The Way Through The Woods" by Rudyard Kipling 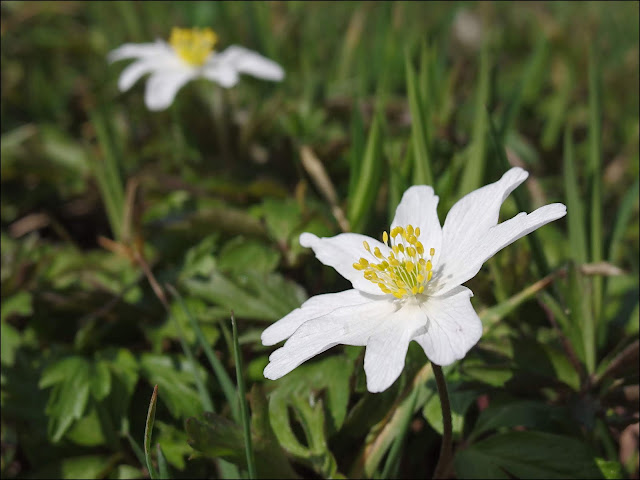 And here they are: the thin anemones of Kipling's poem, though these were growing on a roadside verge rather than in the wood itself. 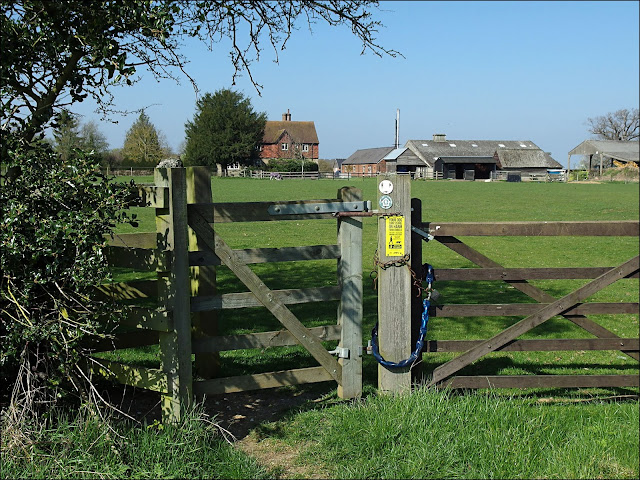 You'll often hear people say that if you want to see the landscape properly then the best thing is to go for a walk. Utter rubbish of course - if you want to get everything into perspective you need to stop worrying about the map and sit down! Better still lay back and rest your head on the rucksack, shut your eyes and just listen. There's a skylark singing away, a distant pheasant crows and the soft breeze strokes your arms. 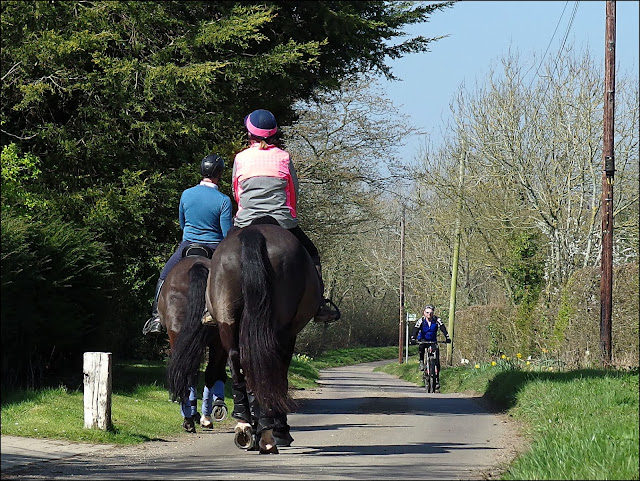 We need to follow the road through Rustling End and we seem to have hit the rush hour. 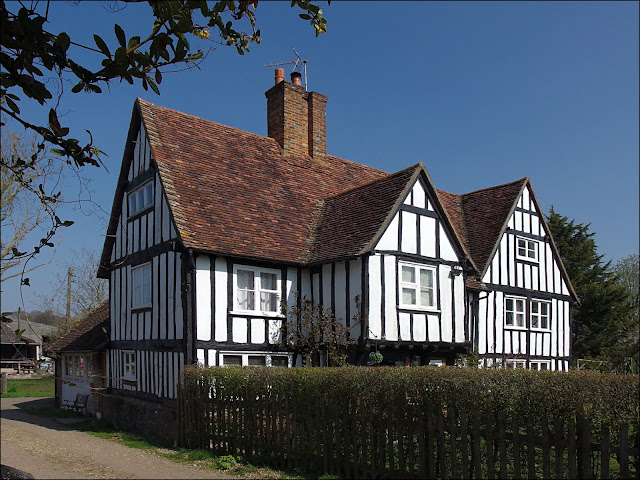 As I crossed the fields from Langley I could see this farmhouse shining white amongst its green fields and just had to come and get a closer view. 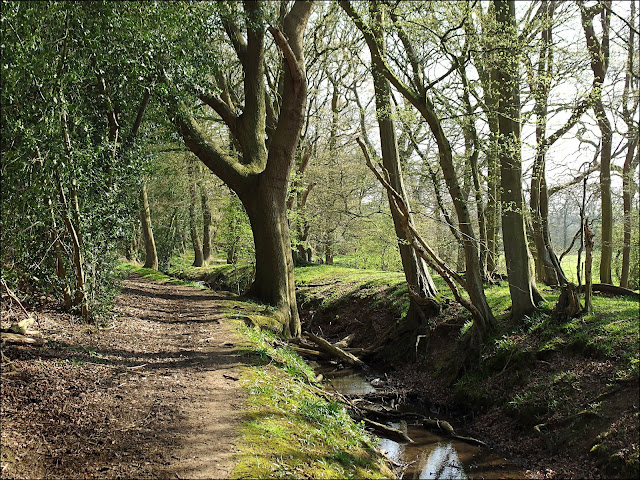 Then we're back into deep countryside again, following a very minor stream beneath the trees. Suddenly there's a sweet, familiar sound that I've not heard for several months. I scan the bare branches but can see nothing there. Then, there it is, a Blackcap, which has the splendid Latin name of sylvia atricapilla (that's a small poem in itself). It's probably recently flown in from Spain or North Africa. 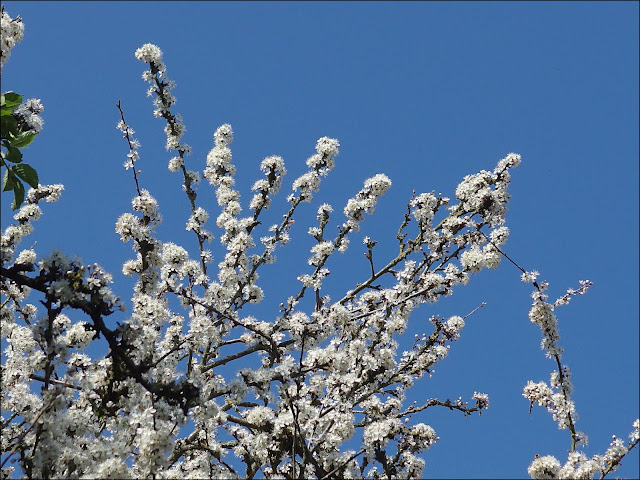 The rumble of traffic tells me that I'm getting near to the A1 road and the town of Stevenage once again. I'm looking up at the blackthorn blossom against the blue sky because looking down is truly painful here as it's inexcusably become a place for fly-tipping. Inexcusable because we're only a short distance from the council's official re-cycling depot. 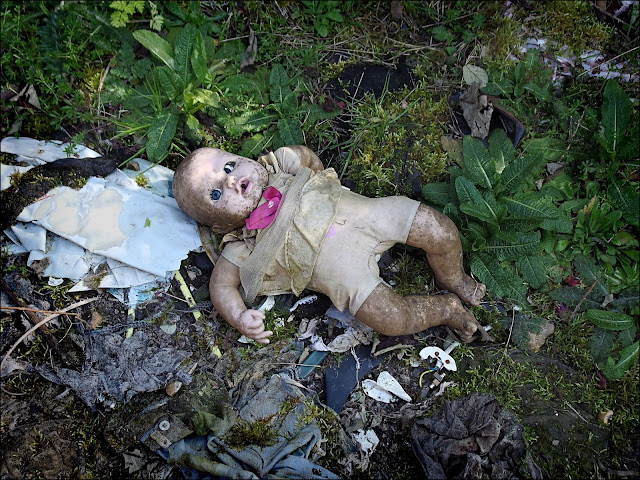 Posted by John "By Stargoose And Hanglands" at 09:00