Old Roads In The Chilterns

A bright sunny day. Time to get the boots on and get outside. Today's route starts at Letchworth and potters along ancient roads joining the villages of Ickleford, Pirton, Pegsdon and ending up in Lilley. Part of the walk was done last year but in the opposite direction. 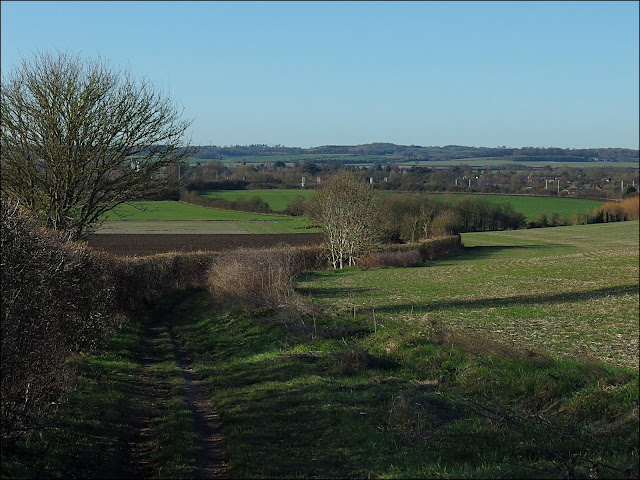 I started off beneath the imposing Spirella Corset Factory, which is now a business centre though its walls still proclaim that they once manufactured "High Grade Corsets". A tatty path alongside the railway took me to streets of inter-war suburbs and then, rather abruptly, out into the countryside. 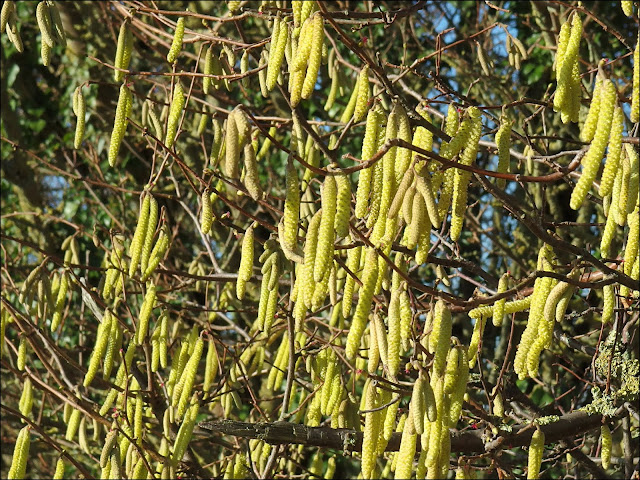 We are on the modern Icknield Way Trail which is a route for walkers following the line of England's oldest road. In its earliest form the Way was not so much a road as an idea and that idea was to follow the chalk ridge across the south of the country; the exact line of progress only gradually became defined and there were many variations running roughly parallel to each other. So while we're on a grassy road that time has passed by,  there is, just over one mile away, the modern A505 road which follows a parallel route across the country. It's much prettier and more peaceful where we are! 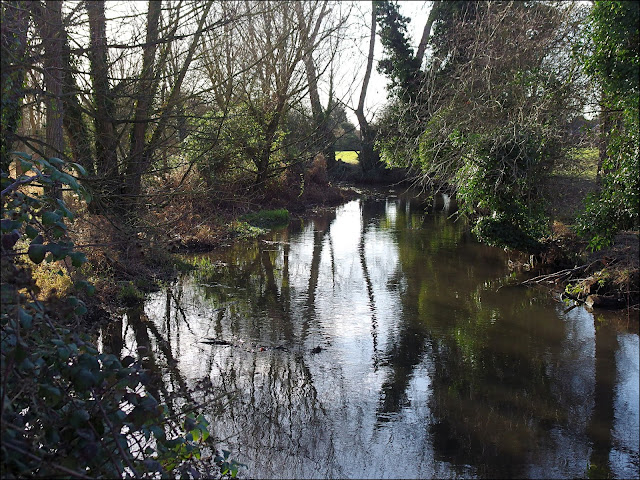 Our track leads us to Ickleford village - where the Ickneild way fords the River Oughton. 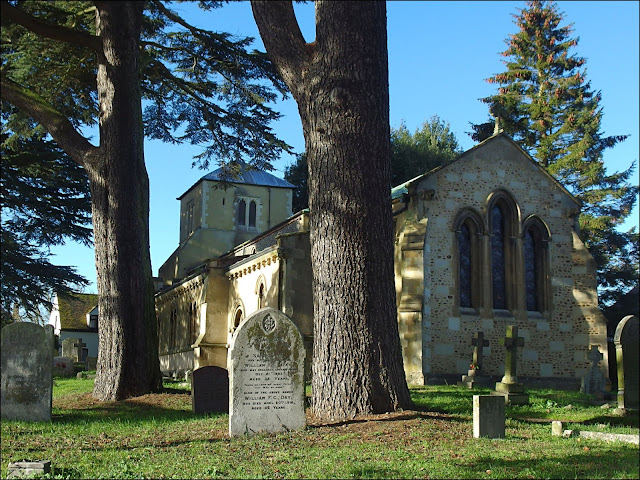 It has a splendid old church which, of course, I had to have a look around and may show you more photos of one day. 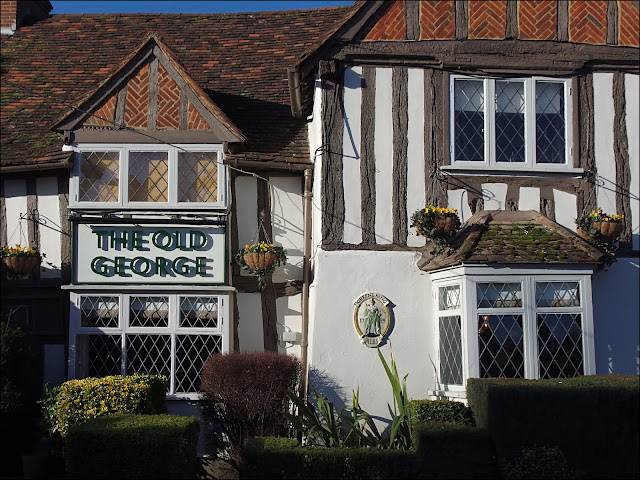 It also has a few pubs and is generally a busy and expanding place. But we need to get along on our journey. 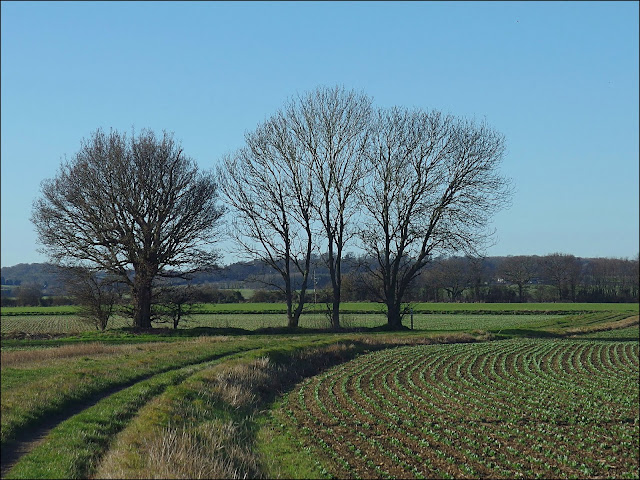 My planned route from Ickleford to Pirton did not look overly exciting on the map and just threaded between arable fields. It is another old road, Hambridge Way, which was once part of one of the most important roads through the Chilterns. Though little used today it was not entirely peaceful; a lot of excited mewing, which I recognised as the call of Buzzards, made me look up to see no less than four of these large birds of prey being harried by a single Carrion Crow. They put up with it for a few minutes before they all fled in different directions leaving the Crow to sit in a treetop, presumably satisfied with his work! 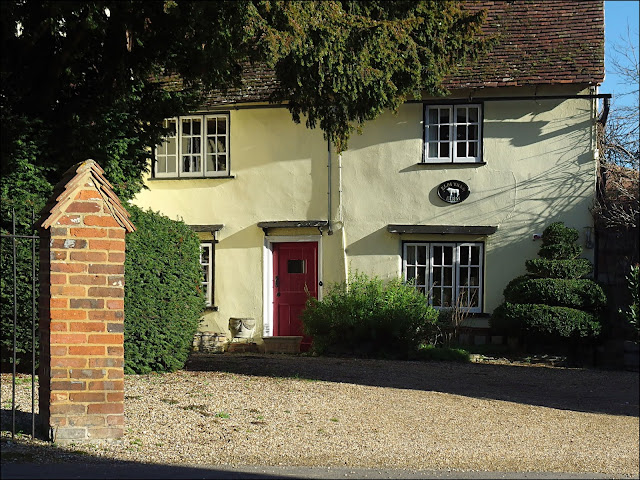 The old track led me straight into the heart of Pirton. In the past Pirton was of great strategic importance as it could control everything that passed along the road. During the period of English history known as the Anarchy (1135 to 1153), when King Stephen's supporters battled for supremacy with those of Queen Mathilda to gain the crown, a castle was built here. 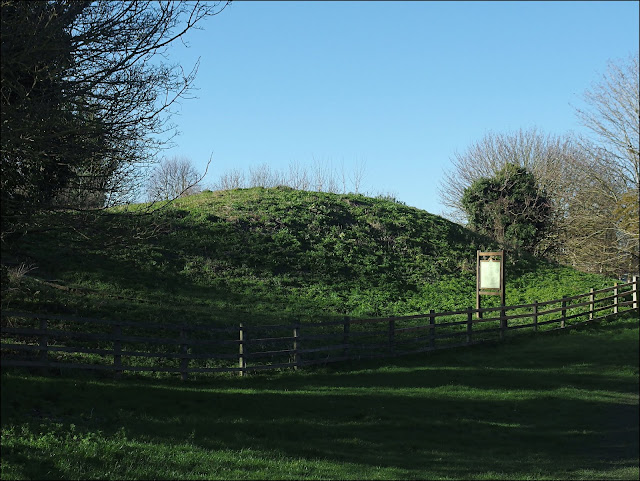 The wooden palisades and castle have long gone, but the earthworks, including the castle mound, can still be seen. I'm not going to show you any more of the village now as I hope to revisit in summer and do full justice to the site. 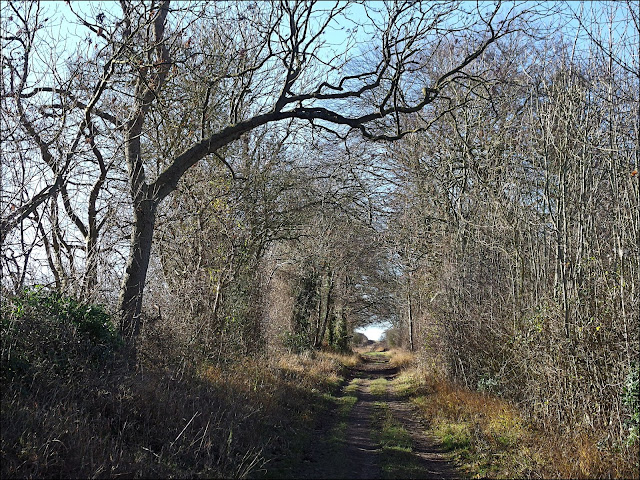 Instead we'll leave by Wood Lane, another formerly important highway. It climbs up very gradually, so that, though you're not aware of the gradient, you start to wonder why your legs aren't working as well as they usually do! Never mind, at least we are gaining some height. 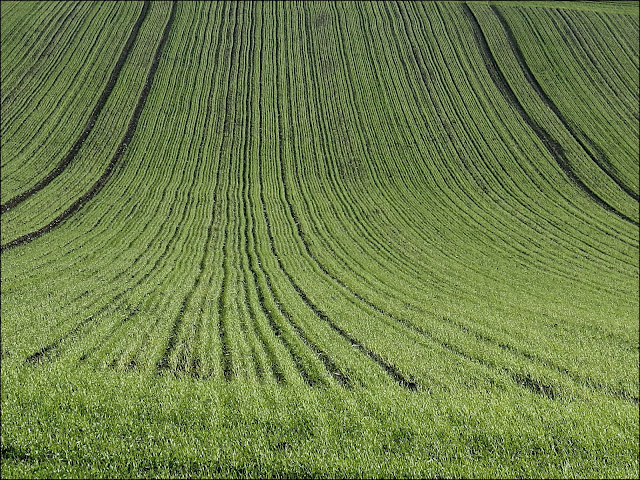 So you start to dawdle and take photos of the patterns made by the crops emerging in the fields! 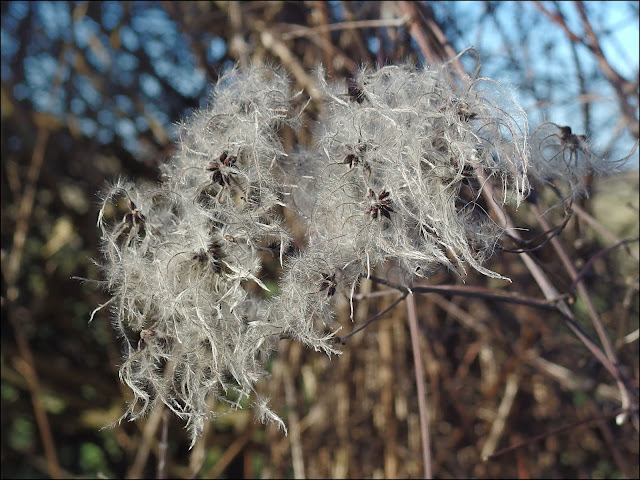 Or photos of the Old Man's Beard growing in the hedgerows. These are the seeding stage of Traveller's Joy, clematis vitalba, which grows in profusion on these chalky soils. It's native to this country though elsewhere in the world it's regarded as a pest. 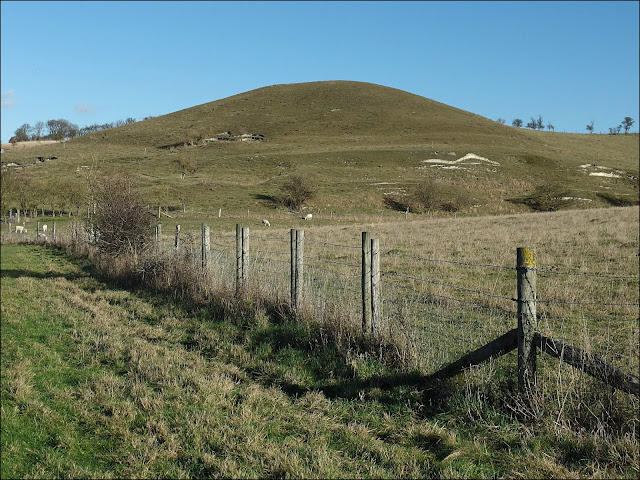 Remember the height we'd gained earlier? Now we're losing it all as the path descends once more. But the views are wide ranging and everything is clearly laid out so that only a fool could miss the path. Hang on a minute! We shouldn't be here! My excuse is that I was watching the Red Kites flying effortlessly over the grasslands as they searched for food. 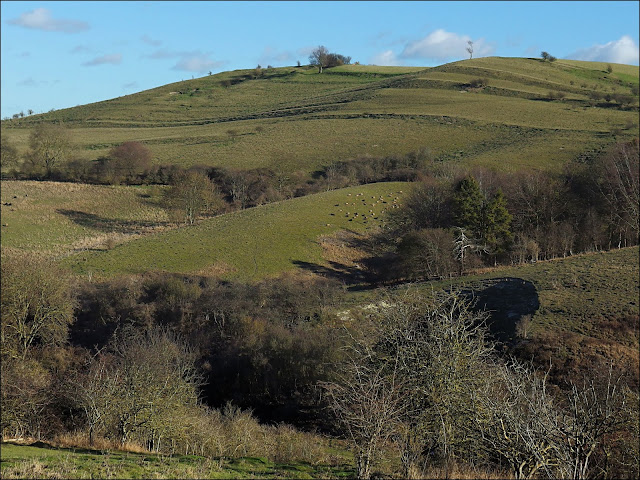 I soon sorted myself out and, after passing through the little cluster of houses known as Pegsdon, began climbing Pegsdon Hill on a wide grassy path with glorious views of Deacon Hill opening up on my left. 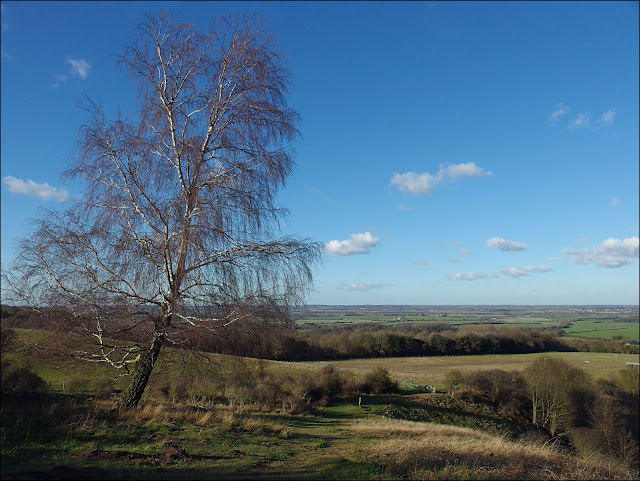 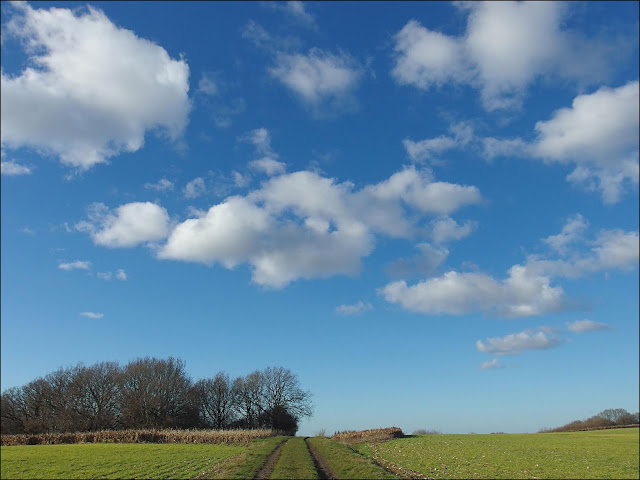 I joined Lilley Hoo Lane and found myself wishing that it was called Lilley Mar Lane - then I could sing WWII marching songs. OK, that's a terrible joke but I always get a bit silly towards the end of long walks! 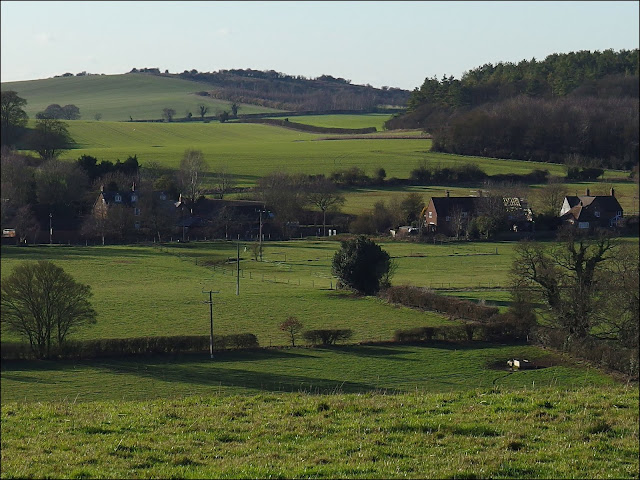 Time to stop this nonsense and slip and slide down the path to Lilley and the bus to Hitchin, from where I can catch the train for home.

People with dogs: 6 including two ladies who had eight dogs between them!
People just enjoying a walk: 6
Cyclists: 0
Horse riders: 2

Posted by John "By Stargoose And Hanglands" at 14:56