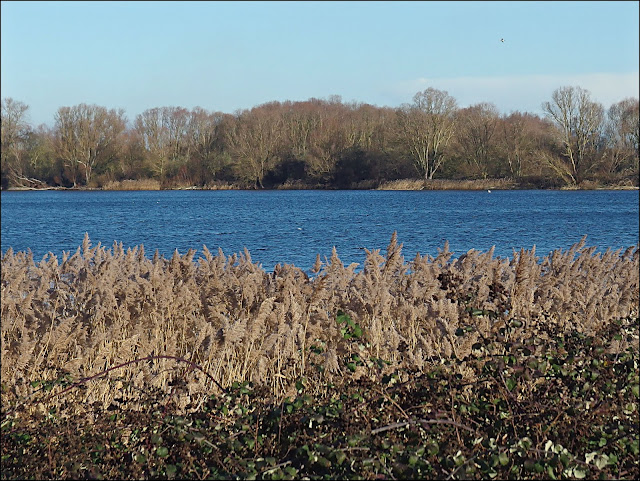 As I've mentioned before Cambridgeshire is too flat to have any real lakes, but the valley of the River Great Ouse does have a rash of flooded gravel pits, a few of which are known as Fen Drayton Lakes and are managed as a bird reserve by the RSPB. 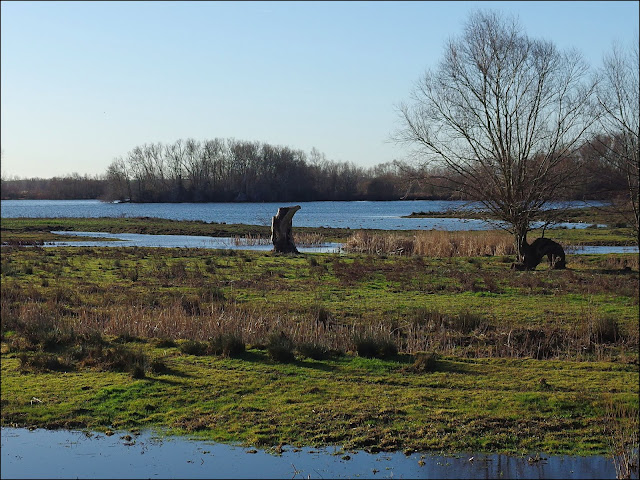 These "lakes" are just part of a chain stretching for miles along the Ouse and its tributaries. None are particularly large bodies of water but there are over a hundred of them in the wider area. Some are managed for nature while others host sailing, fishing and water-skiing. The birds though don't know which are which and can turn up anywhere. 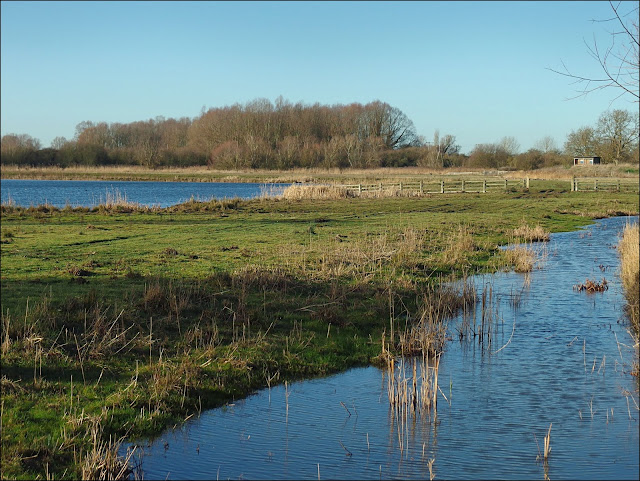 In order to attract waders the RSPB have made shallow bodies of water (known as "scrapes") and many of the riverside meadows flood naturally during the winter. 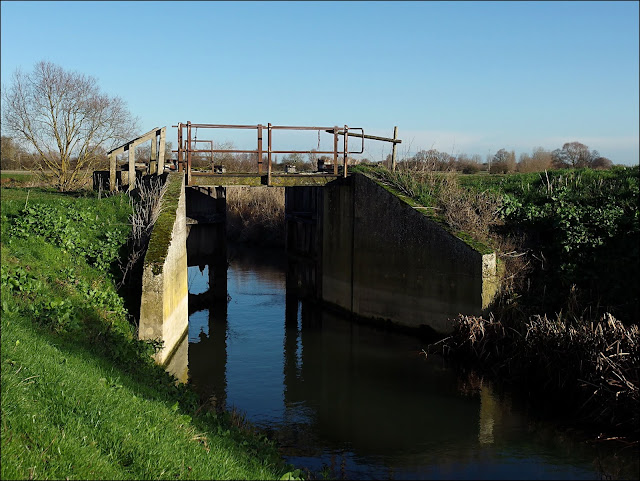 When this was all gravel pits it was essential to keep it drained, but the sluice-gates, above, have clearly seen better days. 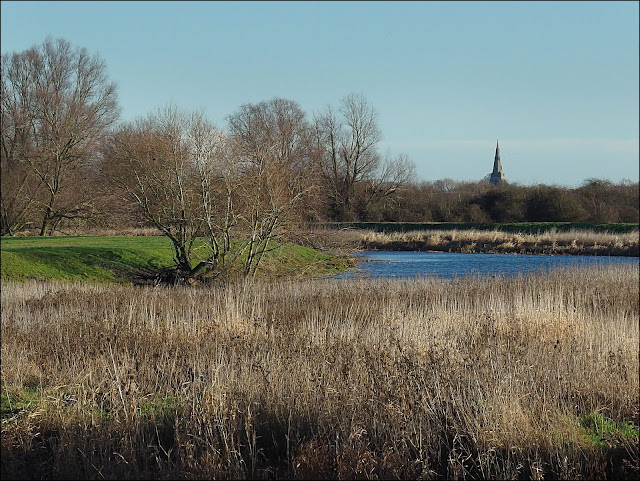 Someone commented on an earlier post that "River Ouse" was an odd name. It's pronounced "ooze" and there are at least five rivers called the Ouse in England as well as others called Usk, Esk and Exe which may well all derive from the same ancient word. Nobody's quite sure exactly what that word was (!) but this river was first recorded as Usa, well over a thousand years ago. In Scots Gaelic the word survives as Uisge, a word that you're all familiar with, even if you didn't know it. It means "water" and you know it from "the water of life" or uisge beatha, which has been Anglicised as "whisky". 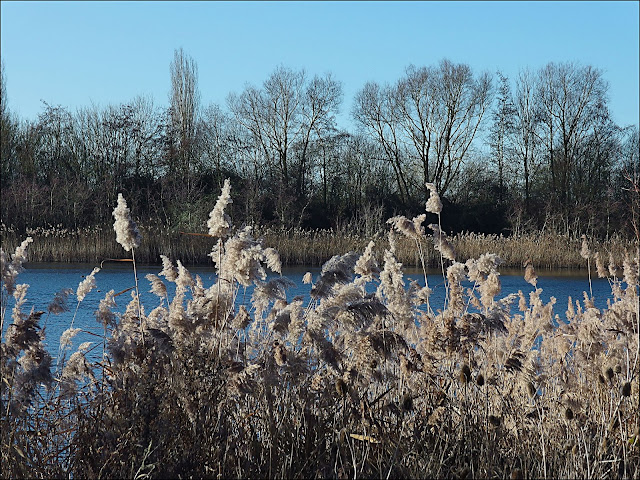 So if Ouse means "water" then it's the "River Water" a tautology that is by no means unique in English place names. The River Avon is the "River River", for example. This doesn't surprise me at all; I lived for years in a riverside village and never heard anyone say "the River Cam", or even "the River Granta", which is its alternative name. No, we all just called it "the river". Incidentally Worcestershire's Bredon Hill translates as Hill-hill Hill! 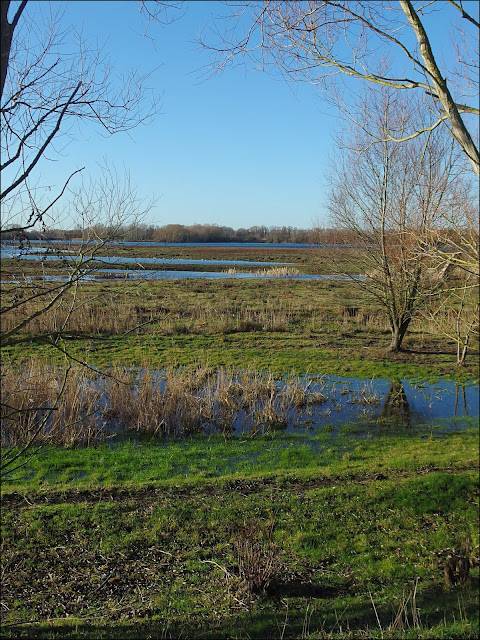 But I didn't come here to think about gravel extraction or ancient place names - though it is fairly representative of the way that my mind wanders when I walk in quiet places - I came to look for birds. 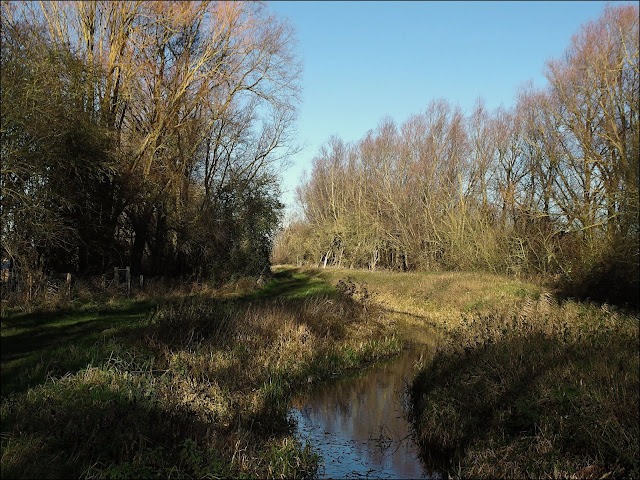 Large numbers of ducks were out on the water and resting along the grassy banks. The most abundant were flocks of Wigeon which winter here every year, their distinctive whistling calls are the soundtrack to many a chilly wander in the wetlands. There were also plenty of Tufted Ducks and Mallards as well as a few Gadwall - all handsome ducks and worth having a close look at through the binoculars. There were just a handful of Goldeneye, maybe they'll be joined by others as winter progresses. 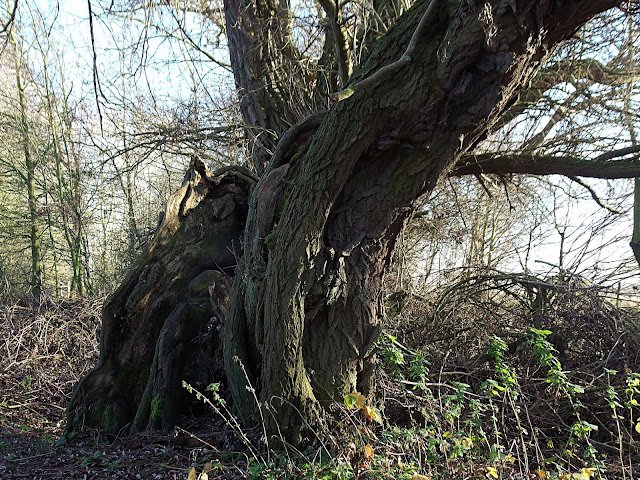 Dunnocks and Wrens seemed to be everywhere and there were several pairs of Bullfinches too. One species that was rather thin on the ground was Homo Sapiens who must have all been home in the warm. They didn't know what they were missing! 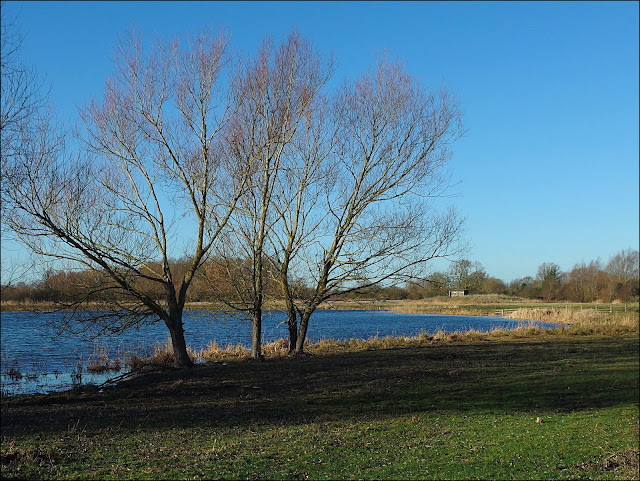 Posted by John "By Stargoose And Hanglands" at 19:28