Portrait Of A River

The River Ivel flows for some eighteen miles through rural Bedfordshire. It's followed by a walking route known as The Kingfisher Way and a couple of days ago I walked a nine or ten mile section in the middle of it, between the railway stations at Arlesey and Sandy. 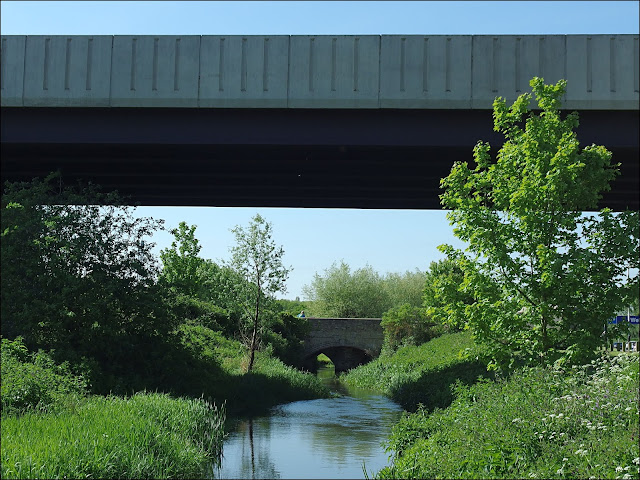 I took the photo above near to Arlesey station to illustrate the way that ancient and modern come together along the length of the river - the river with its little bridge and, soaring over it all, the new bridge carrying the A507 road. Only one problem: that's not the River Ivel but its tributary the River Hiz. 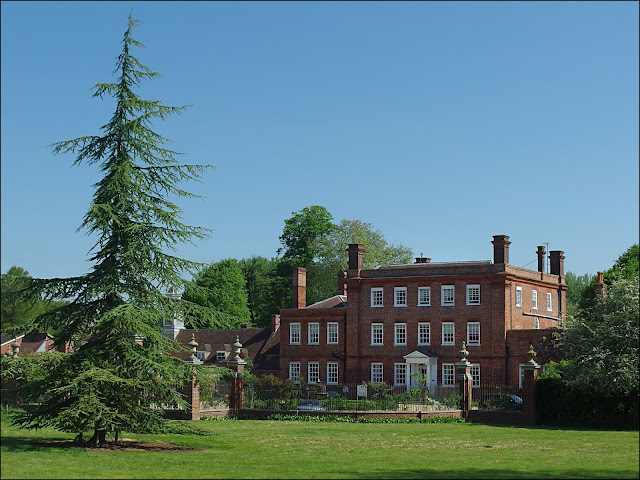 We're soon passing a grand mansion known as The Grange which these days is a health spa promising clients "holistic well-being". On a fine day like this they should be out on a walk! 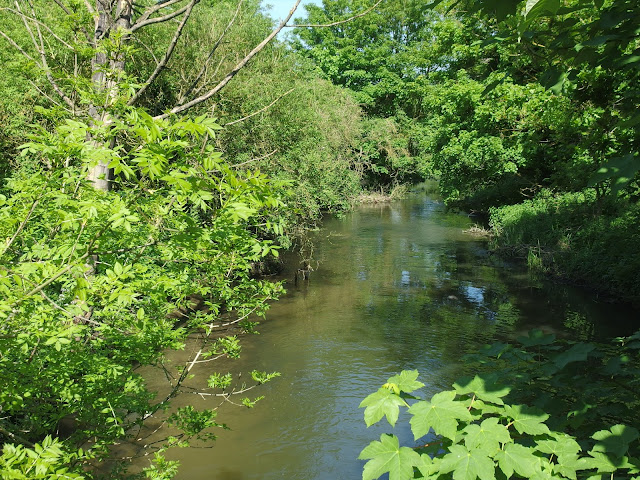 A first glimpse of the Ivel flowing beneath another small bridge. 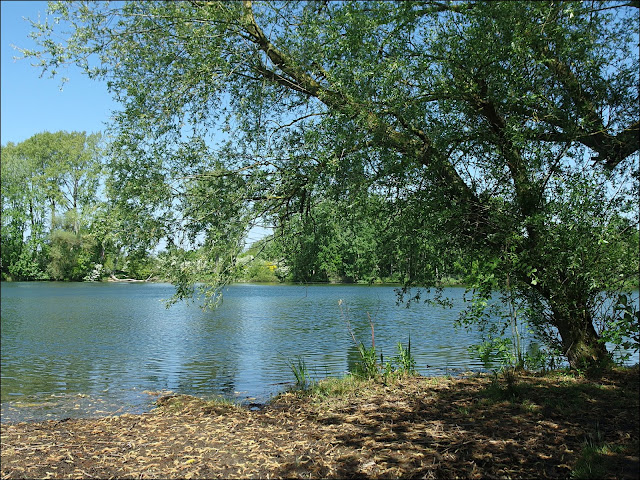 The river valley, like many in the area, has been exploited for its river gravels, leaving many old pits which have now filled with water. Many are used by angling clubs and a few are nature reserves. 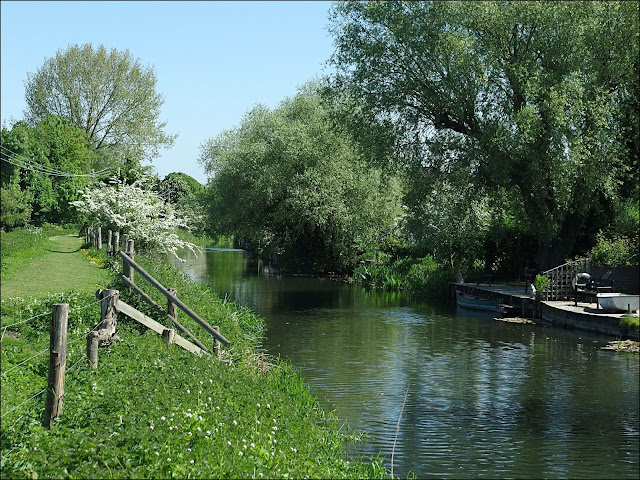 While the path passes through meadows, the village of Langford comes right down to the opposite bank. The small towns of Biggleswade and Sandy do exactly the same thing, occupying just one bank where the slightly higher land comes close to the rivers edge, while leaving the lower land opposite to flood when water levels are higher. 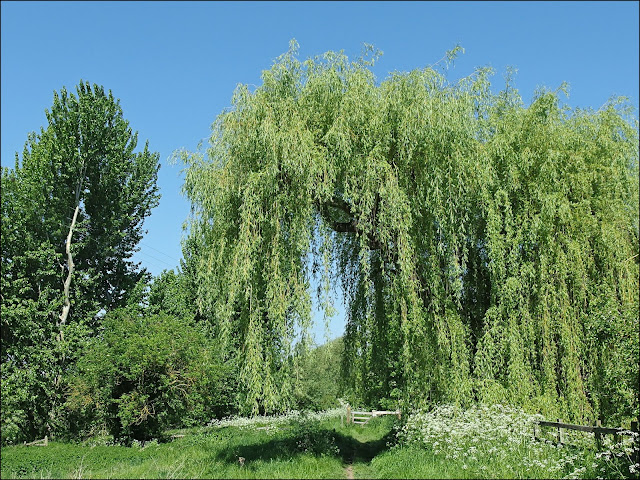 A huge weeping willow drapes its shade over the path. 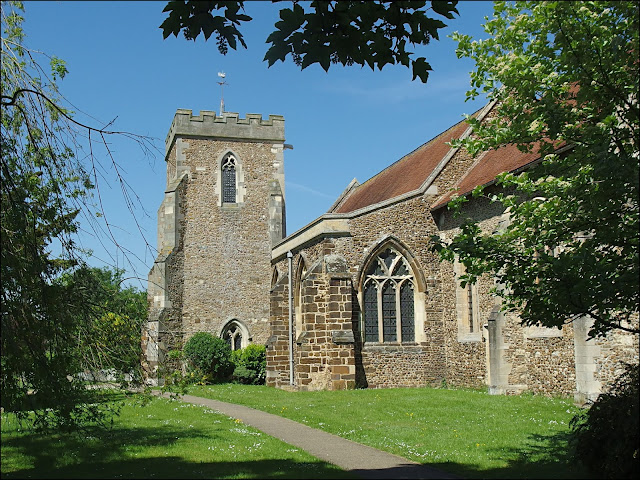 We need to leave the riverside for the next section and walk through the village of Langford. It's all neat and tidy but not the most beautiful place I've ever seen. 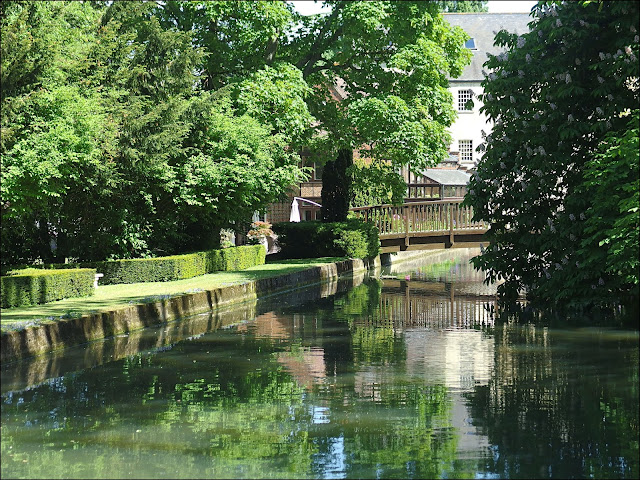 We're back to the river at Jordan's Mill. Some readers will know that Jordan's make breakfast cereals and cereal bars and this is their headquarters. The old mill is preserved and is open to visitors. There's also an interesting garden which one day I'll visit. 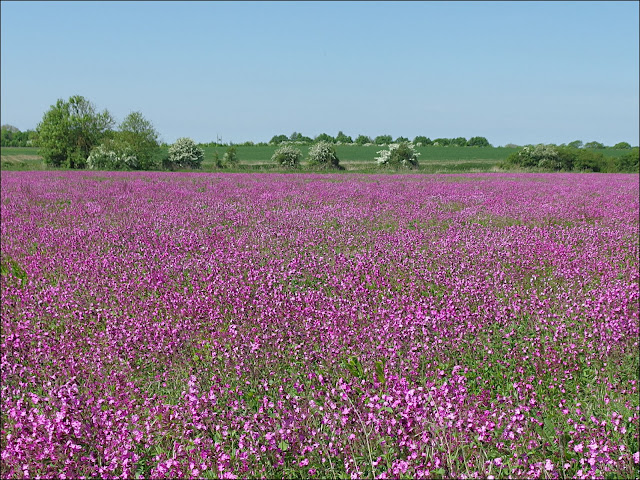 Just outside Biggleswade I found this amazing field aglow with flowers of Red Campion. I'm fairly certain that it's never grown as a crop so I imagine this must just be a field that's been left fallow and not treated with weed  killers. (I see that there are many firms who sell Red Campion as wild flower seed so maybe that explains this field. With one supermarket charging £2.49 for 100 seeds it could be a very profitable venture). 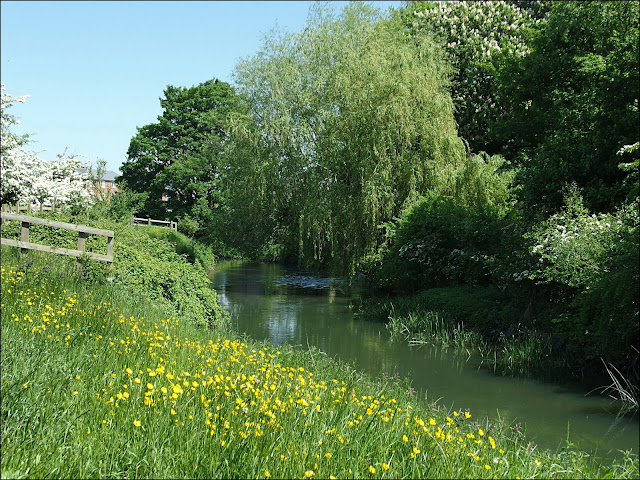 This was turning into an excellent day for spotting birds and butterflies. Throughout the day there were white flowers everywhere - May blossom seems more abundant than ever this year, the cow parsley is growing luxuriantly and stands of garlic mustard punctuate every hedgerow. 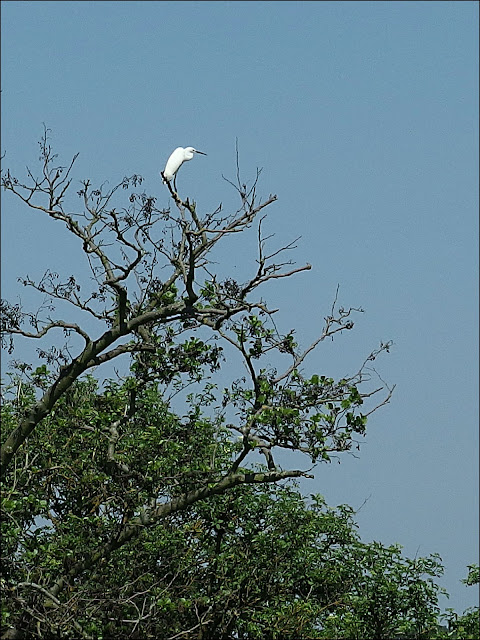 And in a tree-top was perched a Little Egret surveying the scene. 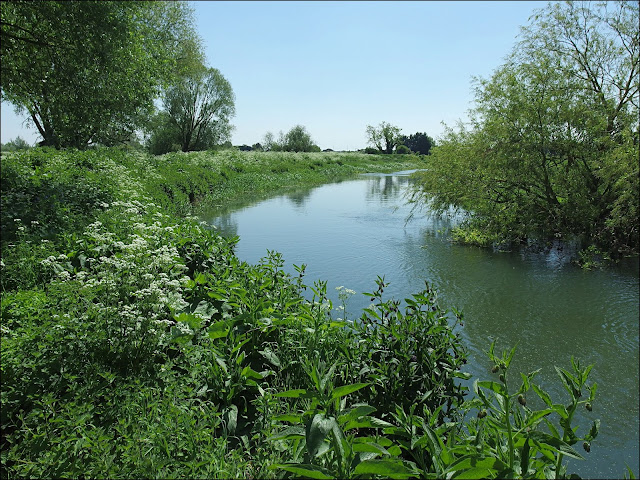 Now, just as my walk was drawing to a close, things began to get silly. All of a sudden I was ploughing through chest-deep vegetation which included an unreasonable percentage of stinging nettles which managed to penetrate my thin cotton trousers. Every so often there was a post with a small sign informing me that, despite all appearances, I was still on a path. 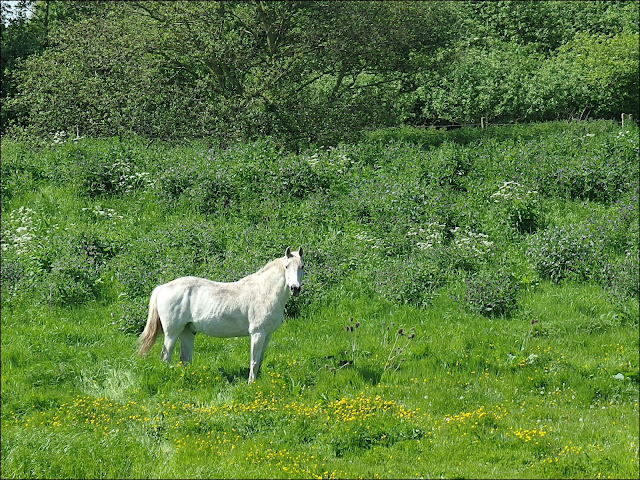 Then at last I came out onto the road which would take me to Sandy railway station. One shocked observer stopped his grazing to watch my progress.


Take care.
Posted by John "By Stargoose And Hanglands" at 16:11