Animals On The Edge

A few posts ago I made a promise, via a reply to a comment, that I'd write a bit more about rare breed farm animals and their conservation in this country. The more I thought about it the more I realised I knew. And the more I needed to find out! Anyway here goes....but before that a cute photo to get us started..... 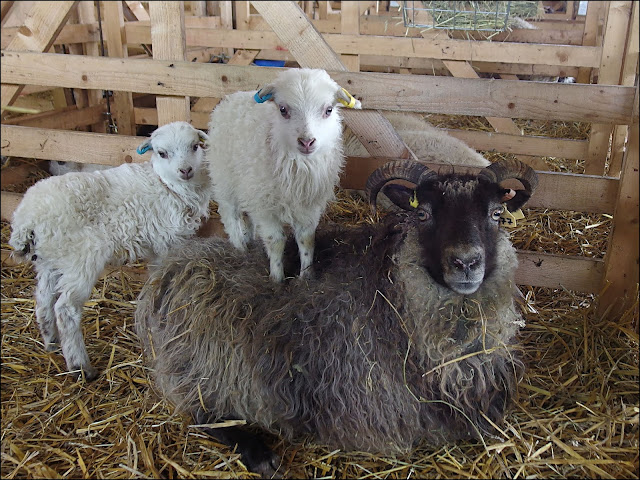 North Ronaldsay Sheep - in need of our support!

Why so many breeds of farm animals? In Britain we have at least sixty breeds of sheep as well as a great variety of cows, pigs, horses, goats and poultry. Each of these breeds had developed in small areas in response to local conditions and needs. It's no coincidence that many of these breeds are named after individual counties, islands or even small market towns; these were the places where these animals were found. 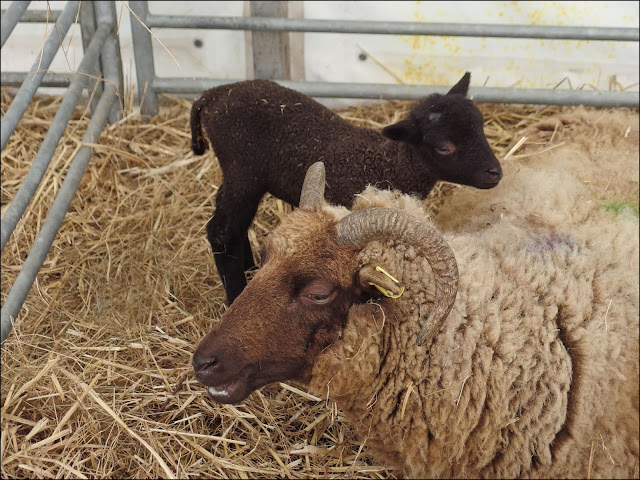 The key to the development of separate breeds seems in most cases to be isolation. Many of the islands of Scotland have their own breeds of sheep - North Ronaldsay, Boreray or Soay, for example. Indeed Soay actually means "sheep island" showing how ancient the dependence on sheep must be. The most extreme case of isolation however occurred, not on an island but at Chillingham in Northumberland where a herd of cattle were walled in on some parkland then allowed to live as wild animals. This happened around 700 years ago and they are still there to this day, isolated from human influence and infiltration by other herds. You might think that, after centuries of inbreeding, their health would be compromised in some way, but no, they are a healthy, sturdy animals and thought to be as near to medieval cattle as it's possible to be. 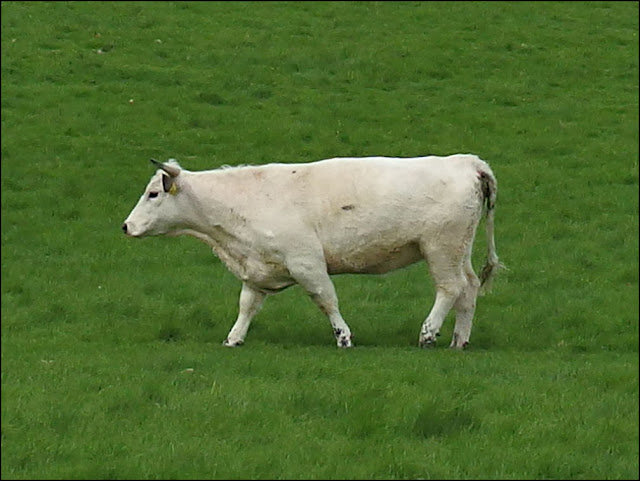 White Park cattle - not as wild as its cousins from Chillingham

The differing geography of each location in which these breeds developed has also had an influence. As you'd expect sheep which survive on windswept Scottish islands have to be hardier than those bred in the south of England. Natural selection favours the tougher individuals and the breed slowly changes. Similarly sheep kept on mountain pastures tend to be smaller and more nimble than those kept for centuries on easier ground. What is happening is, just as Darwin predicted, that genetic variability is favouring certain traits. It's also being realised that small changes in certain characteristics can also throw up other unrelated changes, for instance in coat colour. 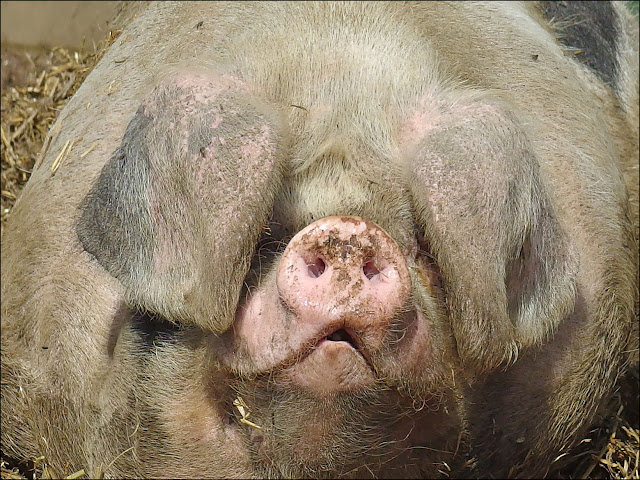 In addition to natural selection there are all the ways, both deliberate and unintentional, that humans have shaped and moulded each breed. Sheep can be utilised for meat, wool and milk and the differing uses reflect which animals are kept to breed the next generation. Cows may also be kept for milk or beef, or of course both. Pigs are only kept for meat but tastes change; once pigs used to be much fatter than they are nowadays as their fat was used for making lard and the consumer liked a nice tasty bit of fat on their pork or bacon, now much leaner animals are preferred. 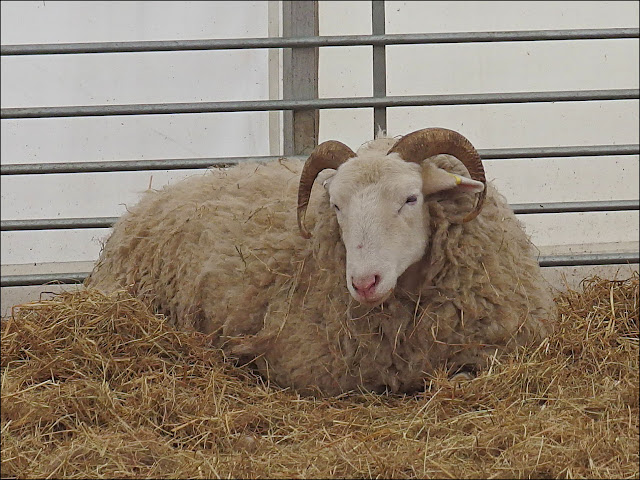 Of course none of this mattered in the slightest to the farmers of the past. They probably knew that the pigs and sheep kept in the next county were different and, they almost certainly thought, inferior to theirs, but that was about it. They just carried on selecting what they thought was "a proper sort of animal" for breeding purposes. 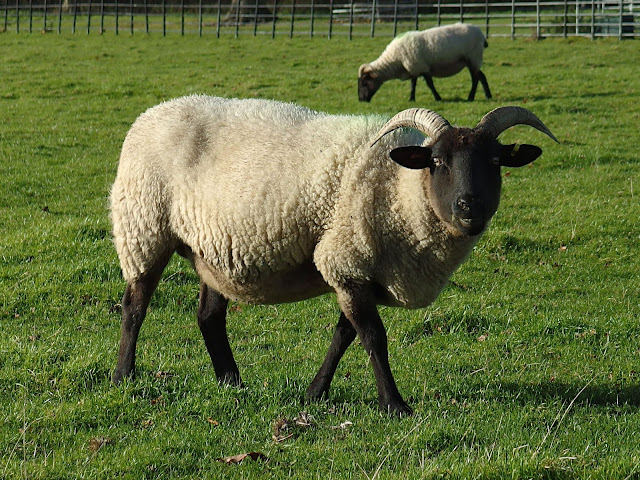 This all changed in the nineteenth century when a few enlightened farmers realised that by crossing a local breed with one from elsewhere you might be able to develop a strain with the best qualities of both breeds. Then began the first efforts to describe all the different traditional breeds, list their defining characteristics and generate standardisation within each breed. 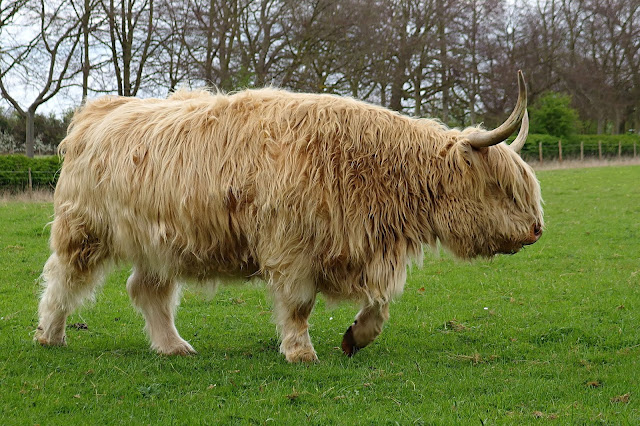 In the 1930s there were about 16 traditional pig breeds in the UK, including Yorkshire Blue and Whites, Cumberland, Dorset Gold Tip and - I'd have liked to have seen these - Lincolnshire Curly Coats. One of the first to disappear was the Ulster which was ideal for bacon cured on the farm, but had thin skin which was easily damaged during transportation; they simply didn't suit modern methods with large bacon factories and so the breed vanished. 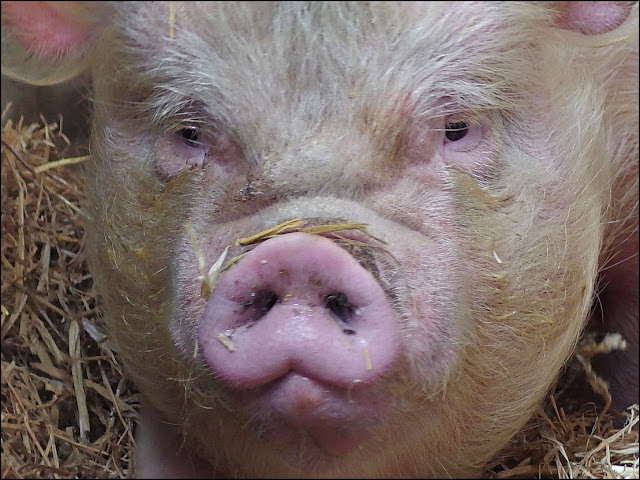 Most traditional pig breeds survived the war years when many were raised in gardens, orchards or on any available spare ground. But the drive for modernisation and efficiency in the 1950s meant that farmers were encouraged to concentrate on just a few breeds, while others either perished or were kept by a handful of eccentrics and enthusiasts. 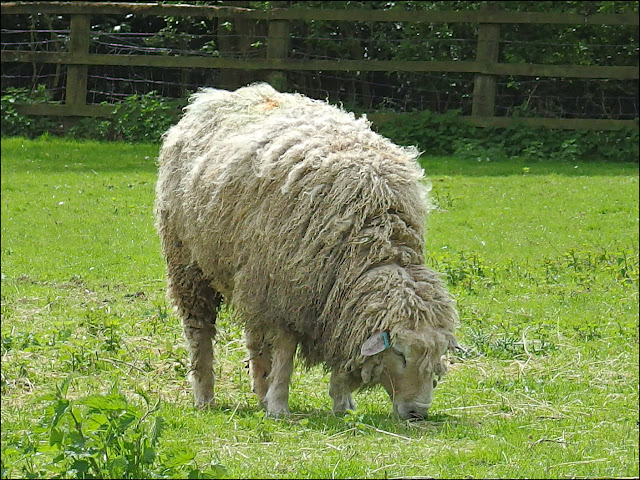 Cattle suffered a similar fate so that by the 1970s 90% of the national herd were Holsteins. Sheep fared a little better since it had long been the practice to cross mountain sheep with lowland varieties, raise them in hill country and then fatten them for market lower down. The "UK Stratified Sheep System" is actually more complex than that, but the upshot of it was that while many breeds were preserved others were sidelined. 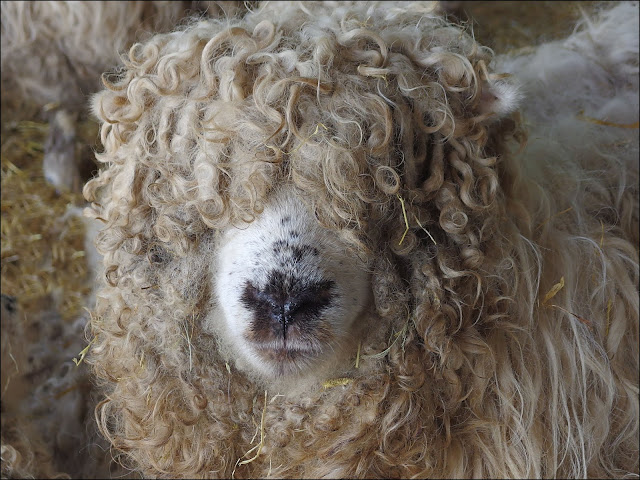 Dartmoor Sheep - you can't pull the wool over my eyes!

In 1973 The Rare Breeds Survival Trust was founded to attempt to preserve the genetic diversity represented by these traditional varieties and it is a measure of their success that since then no farm breeds have become extinct, though it's been a close call for some. If they are going to survive it's essential that we find a real purpose for them. Some will be kept by enthusiasts who just love their one particular breed. Some can be accommodated on rare breeds farms which open their doors (or gates) to the public. Nature reserves will use some breeds of sheep or cattle to maintain the environment through grazing. And recently there has been a growth in interest for using the meat, wool or milk of some of these traditional breeds.

Posted by John "By Stargoose And Hanglands" at 18:30