You didn't really think that I could just walk past a ruined chapel without trying to find out something about it or indeed climbing over the fence and poking my lens into the ancient remains. In fact I'd done a little research before setting out and had extended my walk a little to include this strange little place. 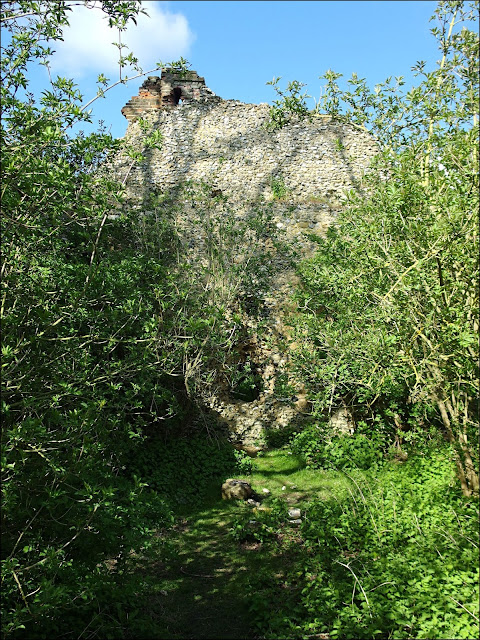 It's not actually so little; these are quite substantial walls and it must once have been at least as large as a small parish church. It dates from the fourteenth century and was disused by the seventeenth, though weddings continued to take place in this romantic place till 1738, when falling masonry knocked a prayer book out of the curate's hand! 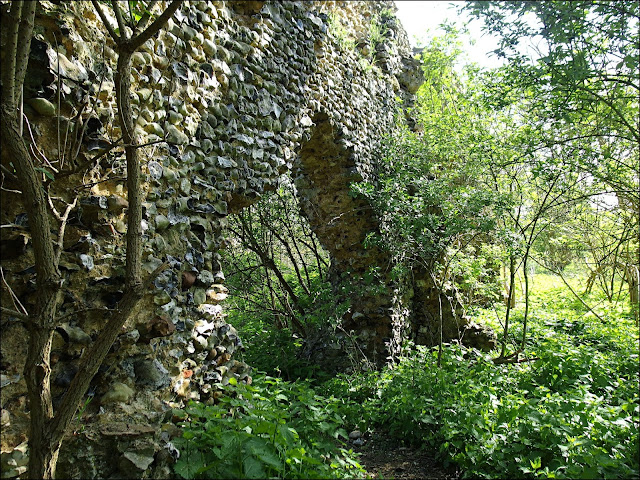 The ruin is closely associated with the eccentric and charismatic local historian Reginald Hine who came here to think in peace during the first half of the twentieth century. As a historian Hine would try to think his way back into the past and was particularly adept at breathing life into old documents. This old chapel must have been a great place for him to attempt these cogitations. 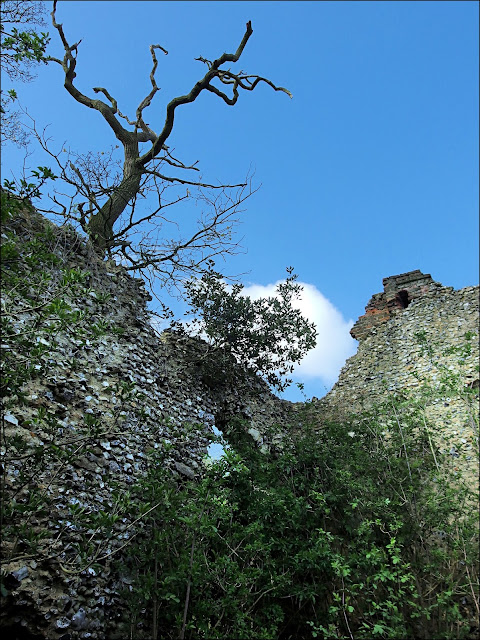 In addition to being a serious historian he was also a mischievous prankster who once buried an old jug just so that archaeologists who were investigating the area might find it! As a result perhaps his writings are often neglected - no one is quite sure whether he might have concealed some outrageous nonsense in his books in order to fool later historians.

He was so possessive about the chapel ruins that he said he would even haunt the place after his death and his ashes were scattered there. His memorial stone can still be seen among the weeds and undergrowth. 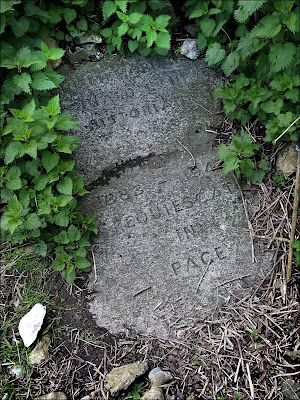 In threatening to haunt the place he was adding to its reputation as a home for ghosts. The early photographer T W Latchmore had taken a celebrated photo of a ghostly monk as long ago as 1907 which led to many investigations, though Latchmore eventually admitted that the photo was a hoax. The "monk" may well have been his great friend Reginald Hine. 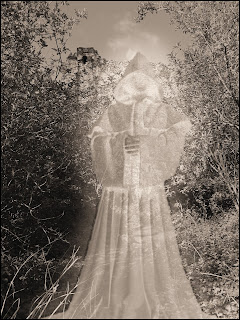 As you can see it's pretty easy to fake a photo like that these days!

While Hine and Latchmore were engaged in their high jinks in the Hertfordshire countryside, there was more mischief afoot in a Scottish castle. A little girl and her brother were busy pouring ice-cold water down on unsuspecting visitors from high on the castle walls.

That little girl was born and spent much of her childhood in the family home which was just down the road from here. We'd better hurry on to All Saints' Church at St Paul's Walden to find out who she was.....


All Saints' at St Paul's Walden 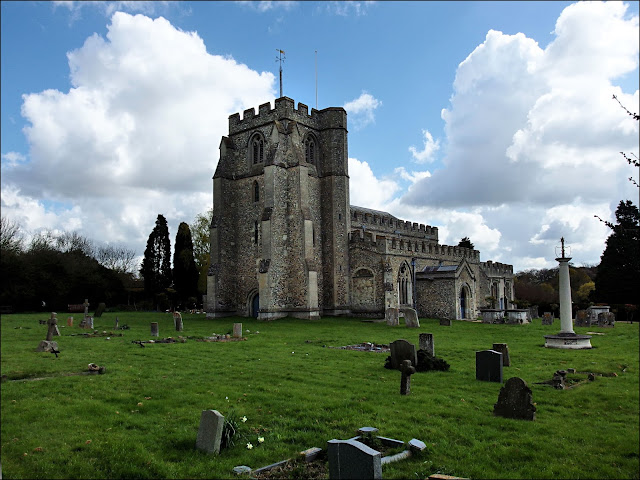 The naughty little girl lived to be very old and her 100th birthday in the year 2000 became a national celebration. Just a month before her landmark birthday she returned to worship at the little church down the lane from her childhood home. If you haven't already guessed we're talking about Elizabeth Bowes-Lyon, otherwise known as The Queen Mother. 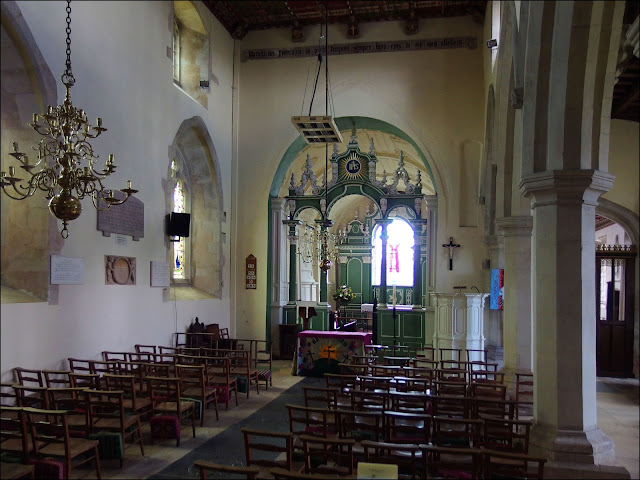 Stepping inside it's neither quite as grand as the aristocratic connections might lead you to expect, or quite as rustic as a typical English country church. Its glory, to my mind anyway, are the chancel and screen. 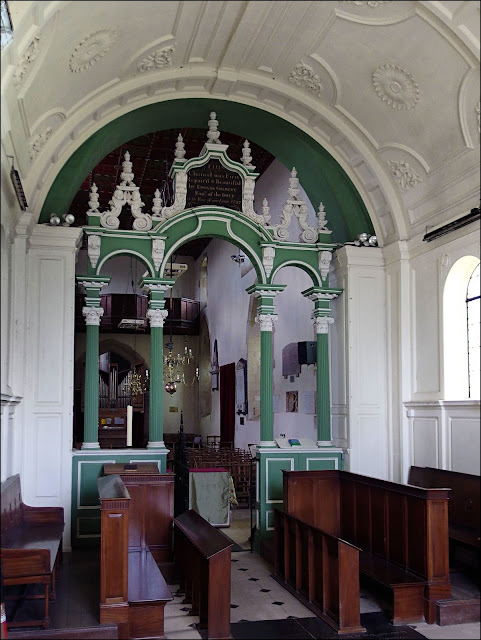 Although parts of the church date from at least the fourteenth century, the chancel was remodelled in 1727, an inscription says it was "repair'd and beautifi'd" by Edward Gilbert, one of the Bowes-Lyon family's ancestors. It was possibly designed by the architect Nicholas Hawksmoor. 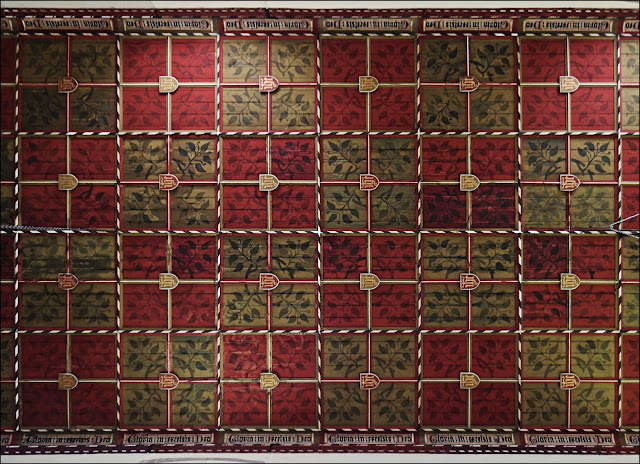 There's also a rather splendid painted ceiling in the nave by Bodley and Garner - that man Bodley again who turns up in several of the Cambridge colleges where re-decoration was undertaken during the Victorian era. 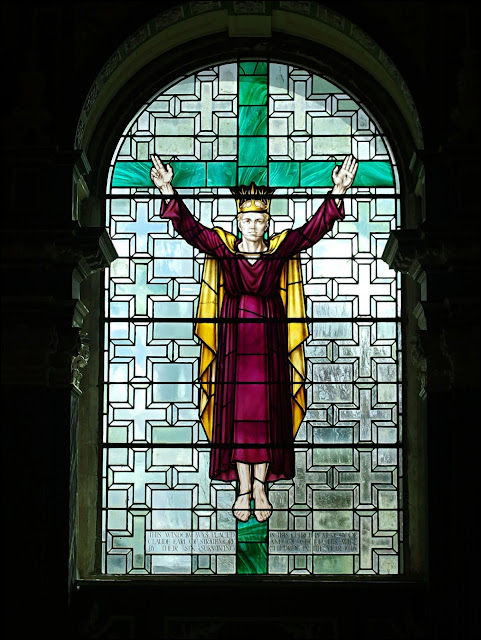 A rather more recent stained-glass window is to be found at the eastern end of the church. It was designed by Hugh Easton who had a studio in Cambridge. His work was very popular just after WWII. 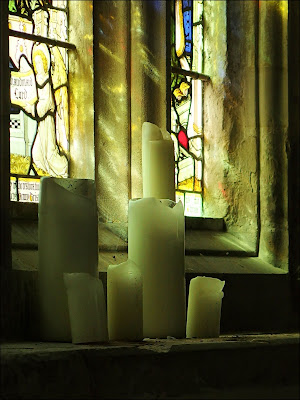 Finally just a little grabbed still-life of candles on one of the window-ledges before I made my way back out to explore the bluebell woods of the area. It was incidentally in these woodlands that young Prince Albert proposed, for the third time, to young Elizabeth Bowes-Lyon. She was clearly no pushover when it came to being wooed by royalty, perhaps because Albert had neither the patience or romantic inclination to wait for the bluebell season, but popped the question in January. Even so she accepted and he sent a telegram to his parents which read simply "Alright - Bertie".