Continuing my series of "faves" from the past 5 years of "By Stargoose And Hanglands" here are some traditional and not-so-traditional landscape views. East Anglia, being fairly flat, has few spectacular and obvious viewpoints, but there are a few if you care to seek them out. 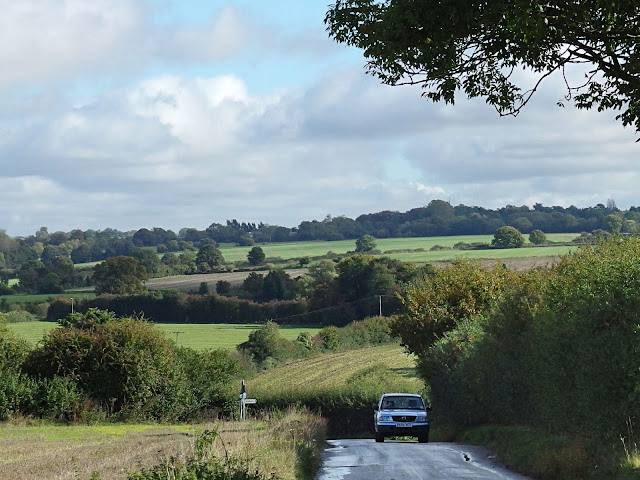 Very "English" scenery with green fields, hedges and gentle hills in the much-overlooked county of Hertfordshire, just north of London. 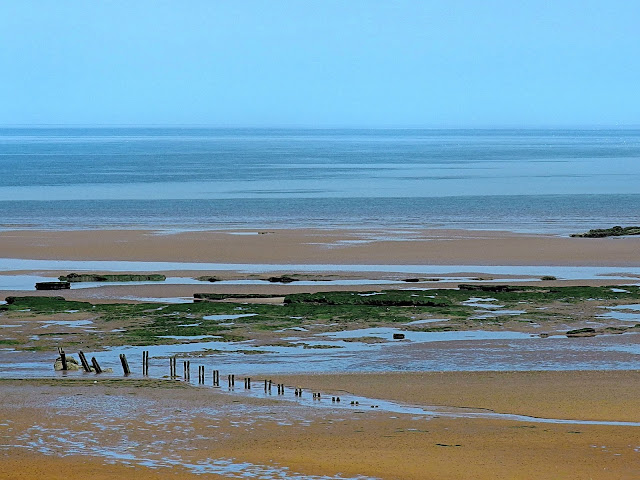 The Wash, a wide shallow sea inlet between Norfolk and Lincolnshire. Great for birdwatching, especially in winter. 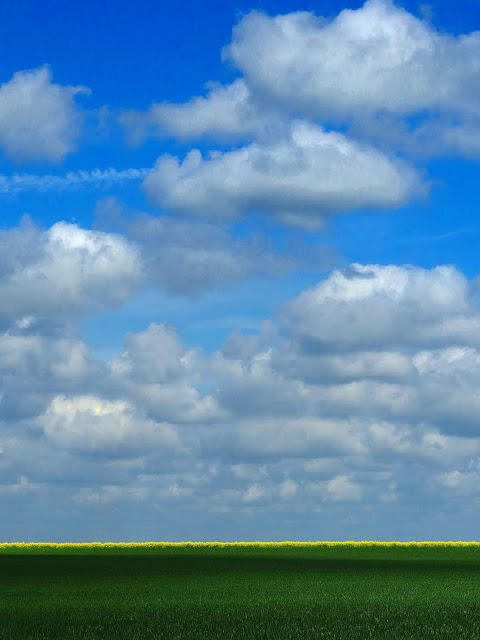 Spring in the fenlands of Cambridgeshire - wide fields under even wider skies. The bright yellow line marking the horizon is a field of oil-seed rape or, as it's known elsewhere in the world, canola. 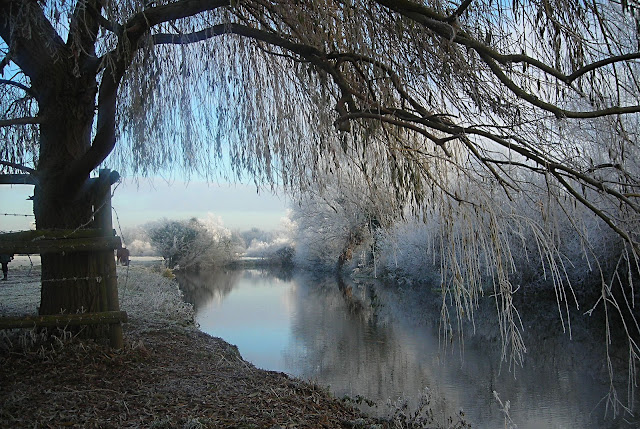 Winter on Grantchester Meadows, near to the village where I spent much of my life. Many come here during summer but few see this winter wonderland - that's just frost, not snow. 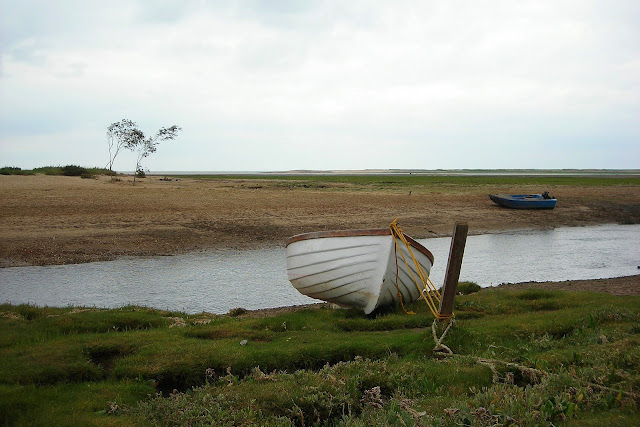 The wide horizons of the North Norfolk coast. I think this was near to the village of Stiffkey. 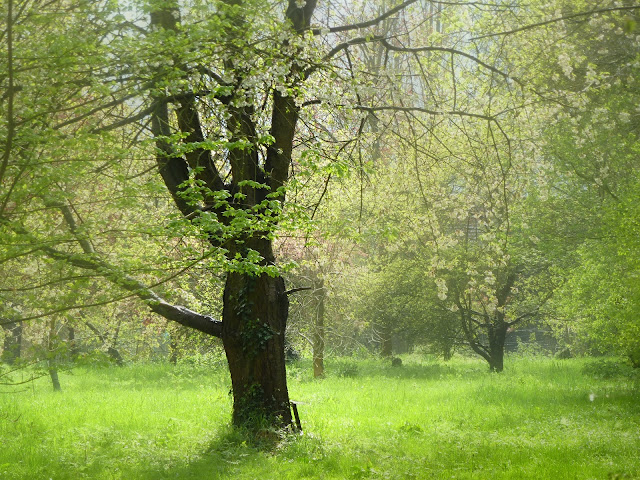 My present home is in the village of Meldreth, once a place of many orchards. There are still a few left and they look splendid in the springtime. 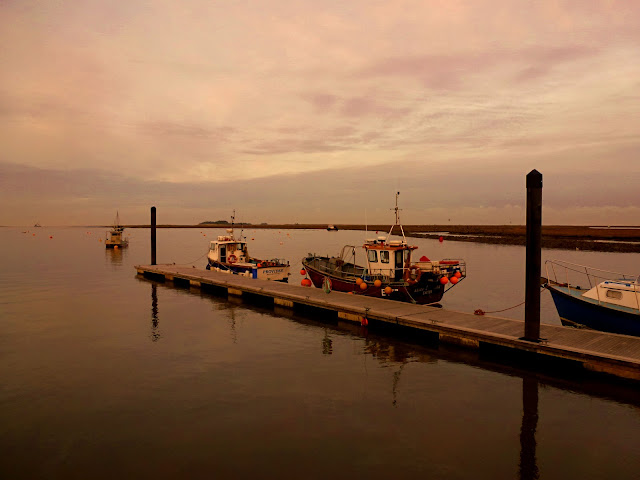 Dodging back up to Norfolk again, to Wells harbour. Wells is more corectly known as Wells-Next-The-Sea, which indeed it used to be. Changes in the coastline however now mean that it should be called Wells-A-Good-Half-A-Mile's-Walk-And-Even-Further-If-The-Tide's-Out-From-The-Sea. 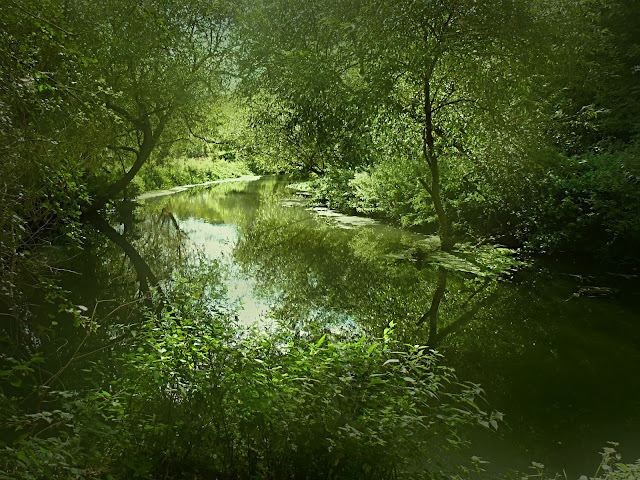 A river of green
is sliding unseen
beneath the trees
laughing as it passes
through the endless summer
making for the seas. 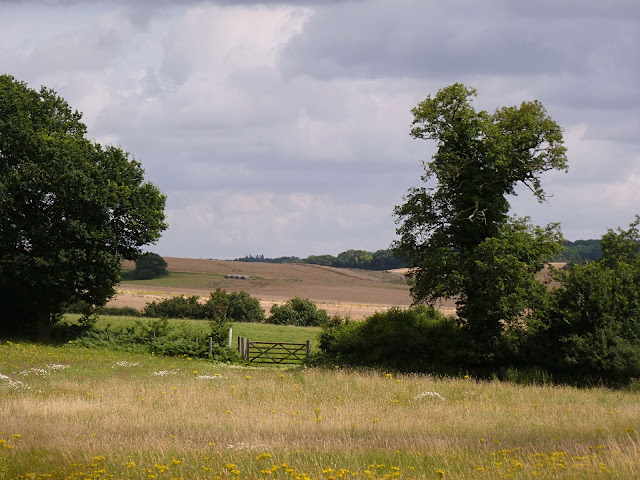 Real English countryside that John Constable would recognise, though this is Hertfordshire once again not his stomping-ground in Suffolk. 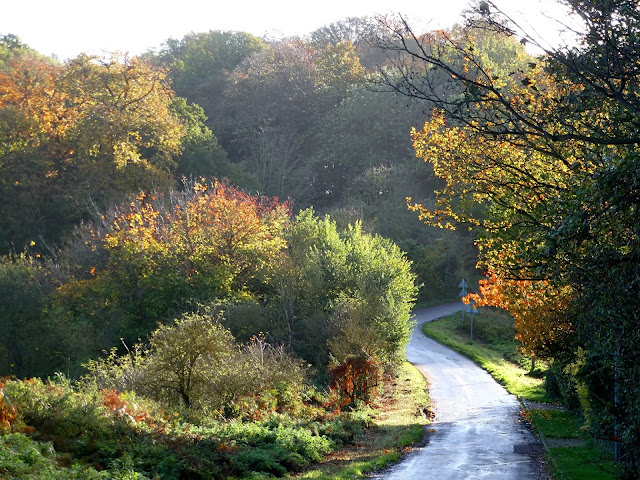 The road less travelled - a minor by-way near the little town of Sandy.