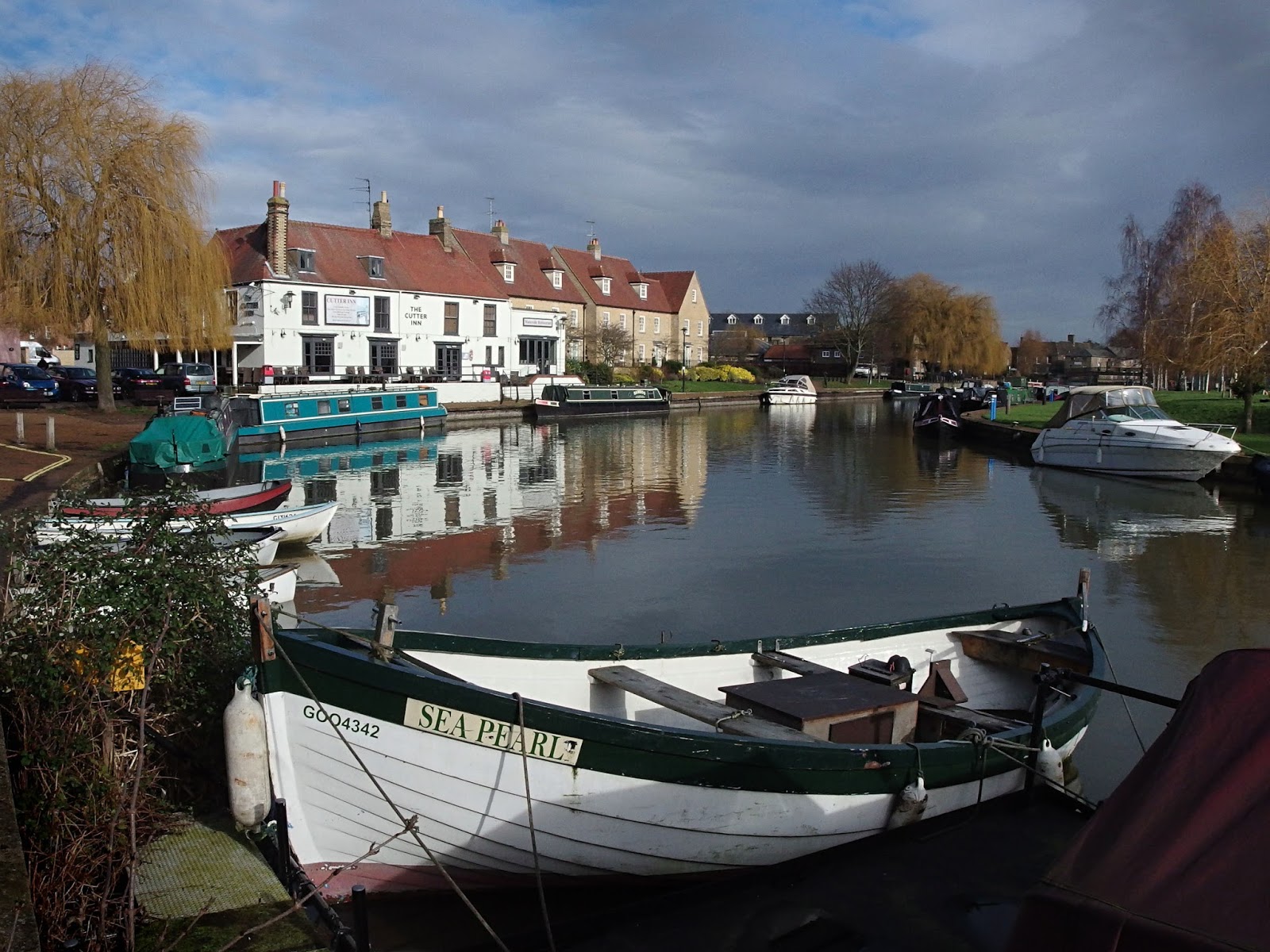 I rather fancy a mooch around Ely today. We've been before to look at the Cathedral, but this time I want to look at the town which, just to clear things up, is pronounced Ee-lee not Eli. It may get its name from the eels which once formed the basis of its wealth - and the local diet! 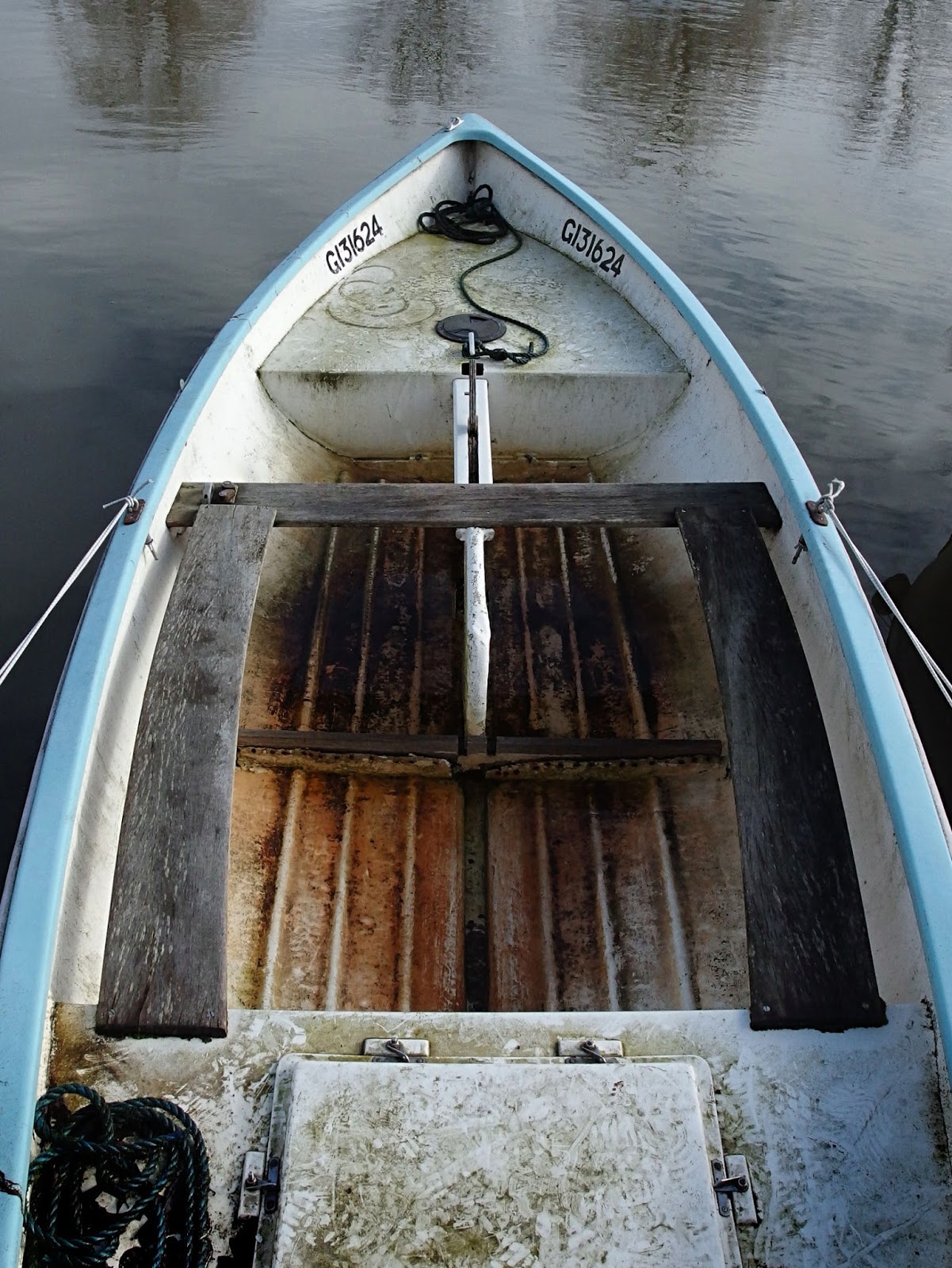 Having arrived by train we can take a little short-cut down to the river which was once the life-blood of the city. Before the Fens were drained Ely was on an island, The Isle Of Ely, so everything had to come in by boat, including all the stone needed to build the Cathedral. Nowadays the riverside is a place for walking, relaxing and, of course, boating. 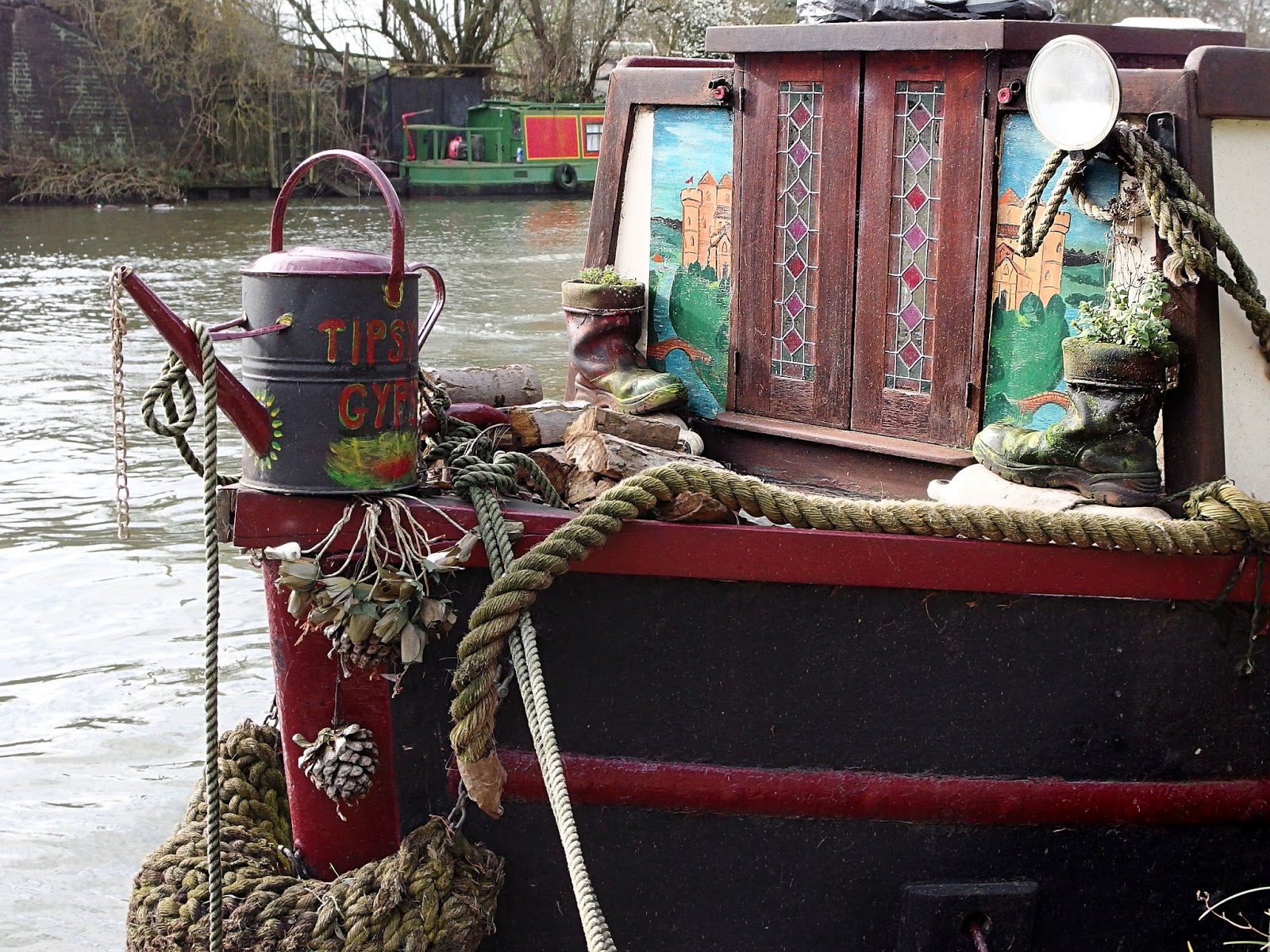 Some hardy souls still live on the river in houseboats and converted barges. The one photographed above is called "The Tipsy Gypsy" which might give a glimpse into their lifestyle. The castle which is painted on the boat is a very traditional theme for boat decoration. Nearly every working narrowboat was adorned with paintings of castles and roses; presumably symbols of settled existence that the skippers of these vessels could only dream about. 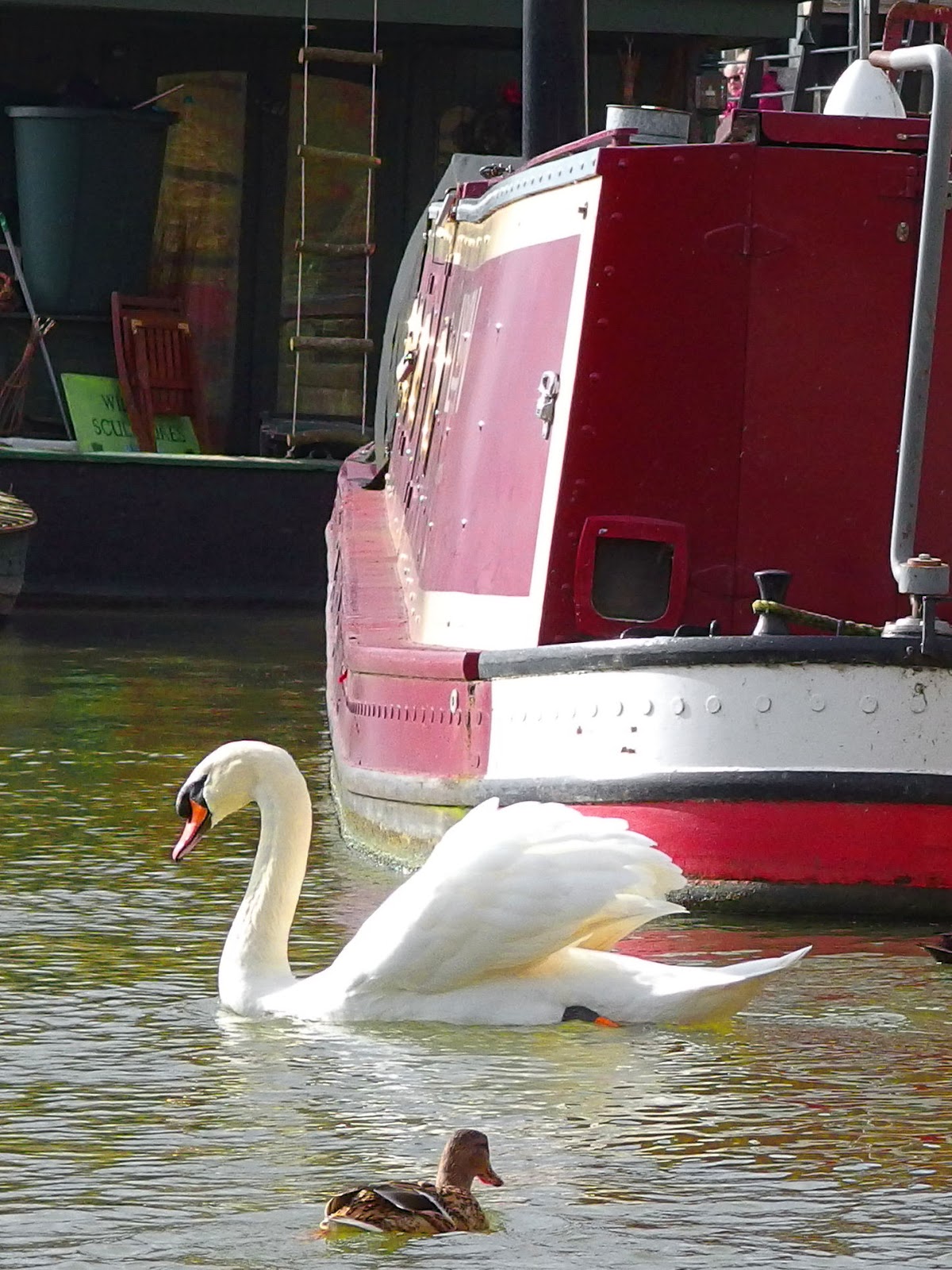 Nearby others who spend their lives on the river were swimming serenely by. But after our taste of the riverside it's time to venture up towards the town. 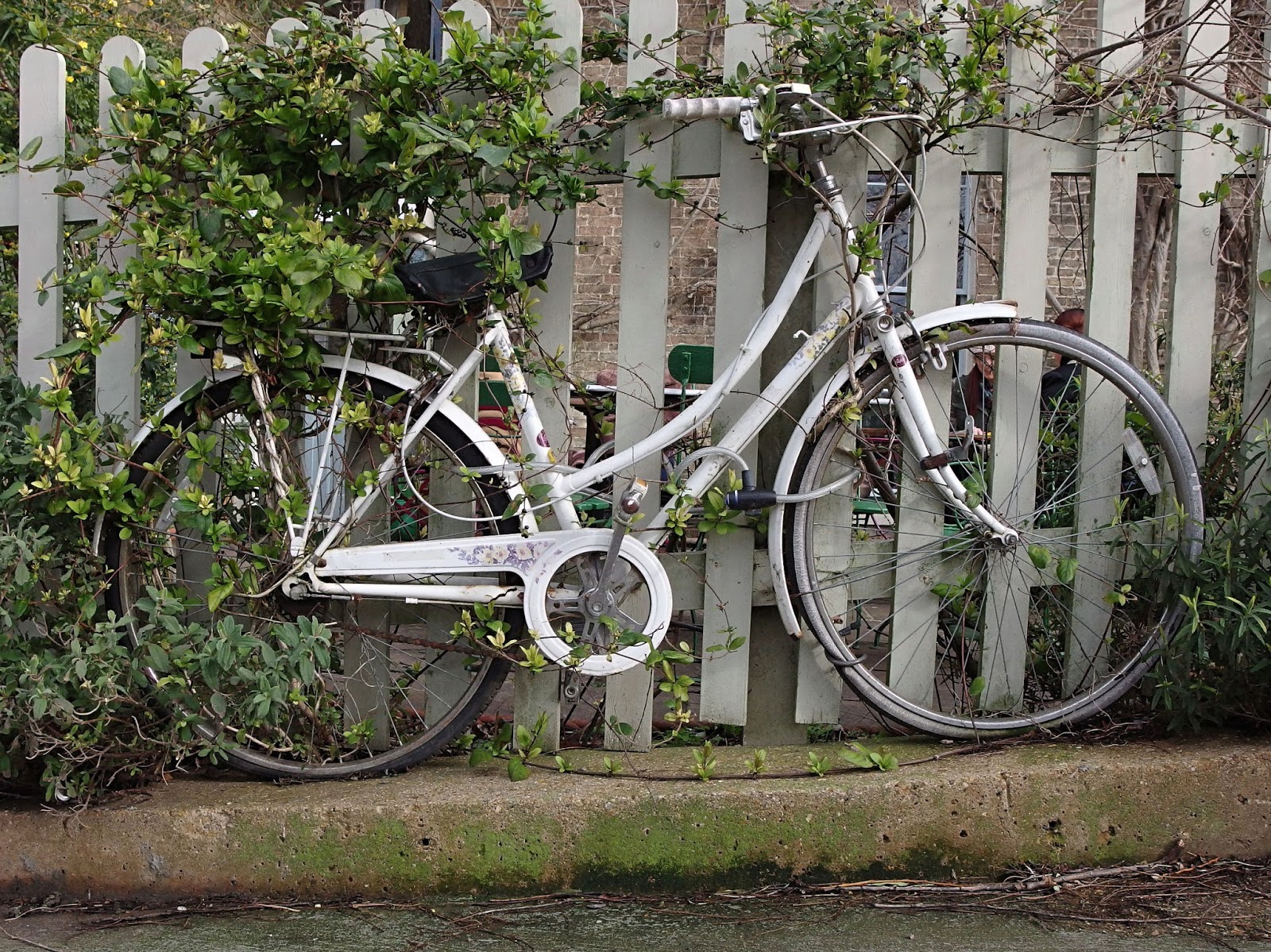 By the look of it someone has stayed too long in the local tea shoppe and their bike is now securely attached to the fence by vegetation. 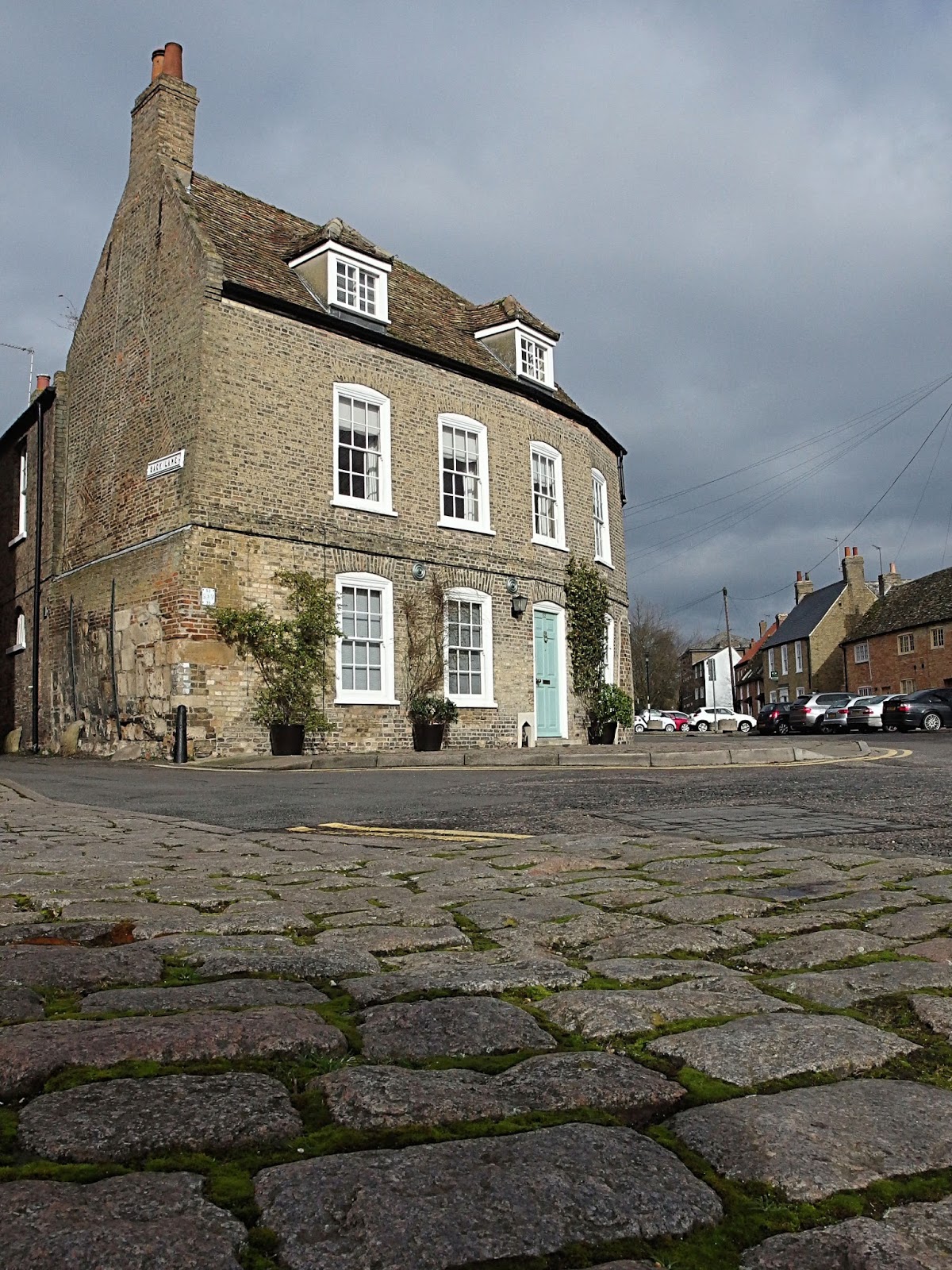 As you might expect there are many substantial houses in the vicinity of the old dock area. 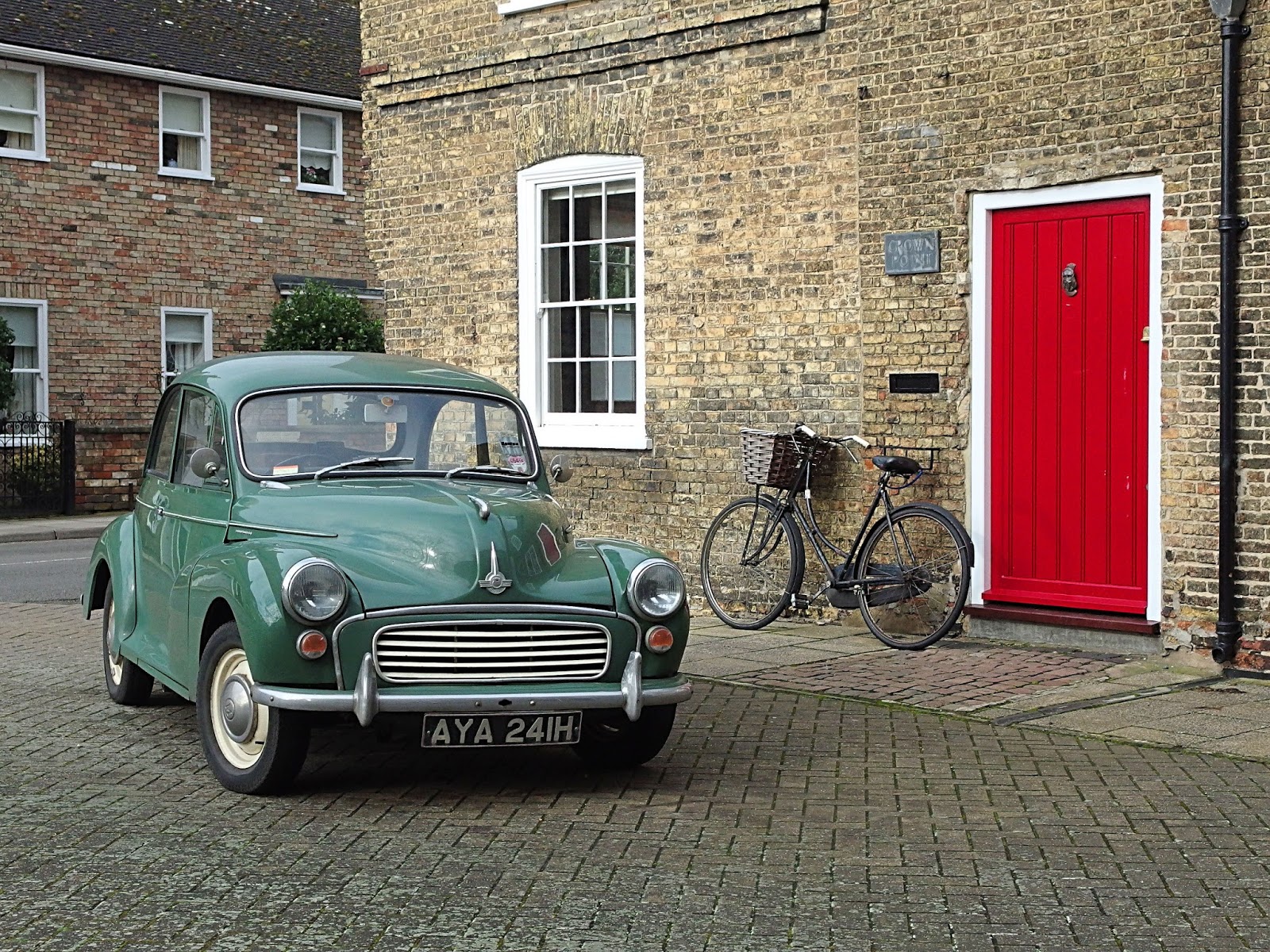 Now we're in some sort of time warp. Not only an ancient bicycle by the door but a fine Morris Minor parked outside. 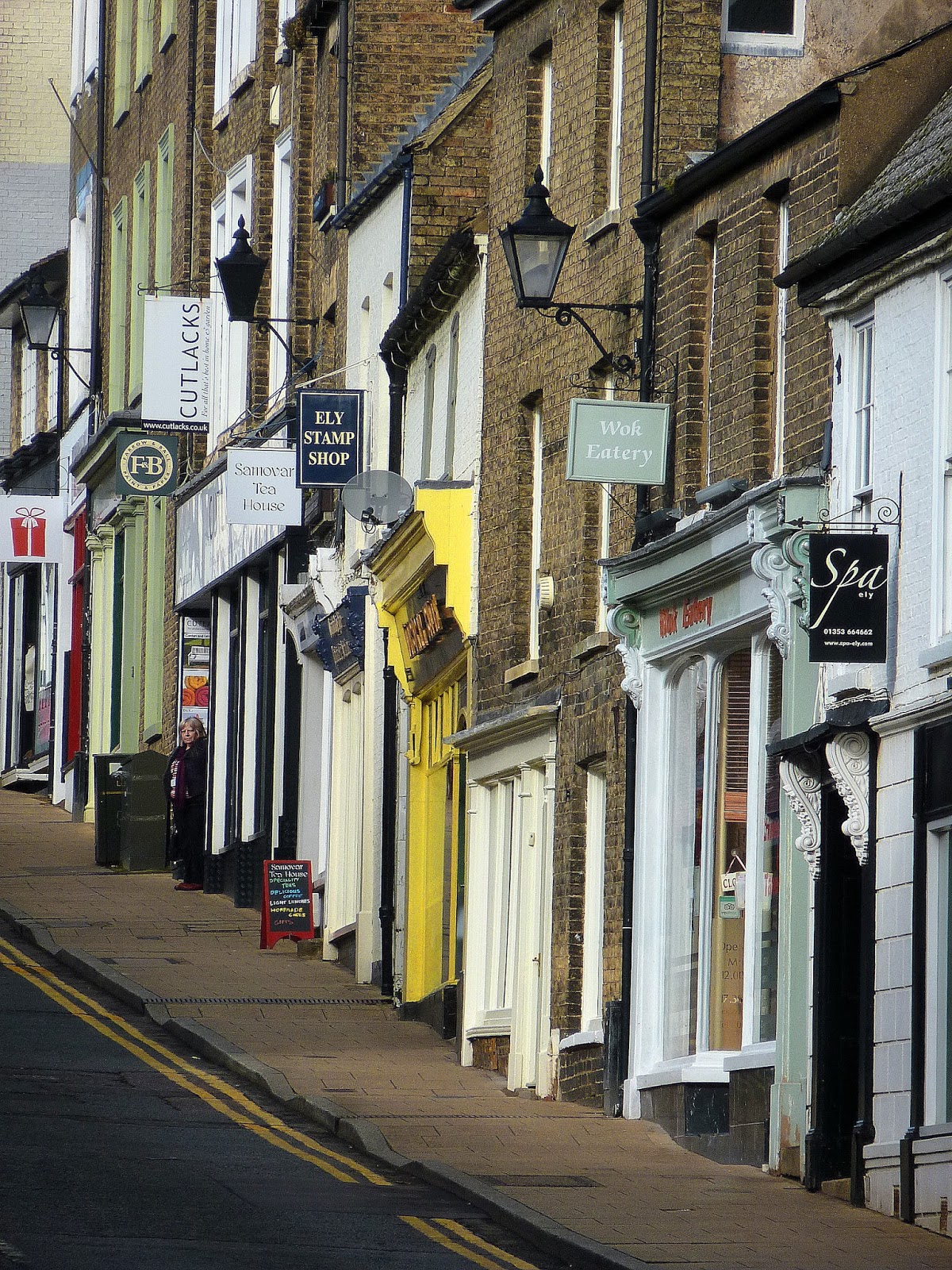 When I said "venture up towards town" I meant up. I told you it used to be an island raised up above the marshlands and in this case you can see the elevation. In other parts of the fens you need a very well-tuned eye to spot the differences. You will look for a long time for the hill at a place called Shippea Hill, for instance. But all these places whose names end with an "ee" sound, Thorney, Ramsey, Manea, Whittlesea, Eastrea etc. as well as Ely used to be islands above the surrounding undrained marshland. 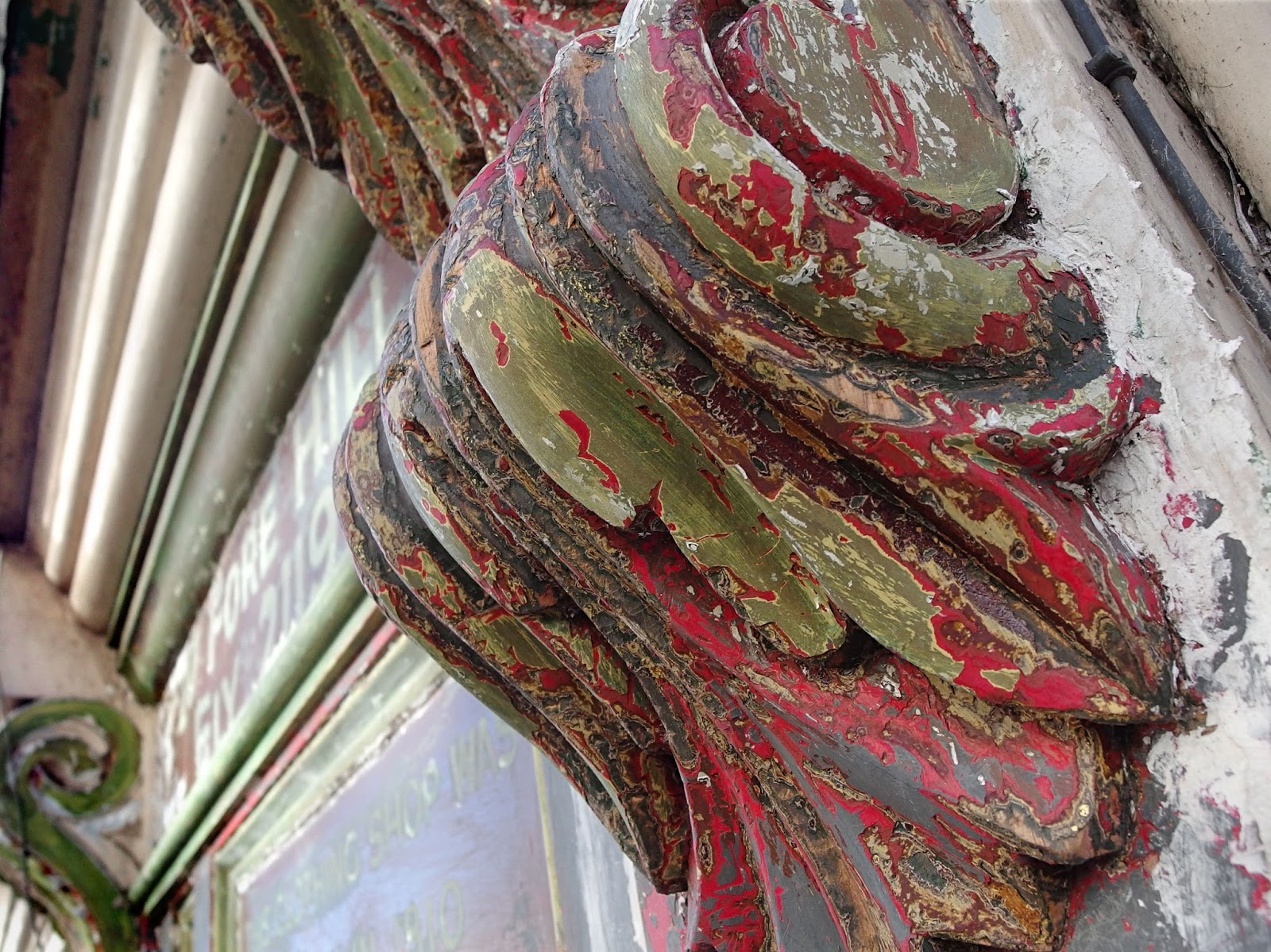 An old sign tells you that this clothing shop was opened in 1810. Well, it seems to have fallen on hard times recently and is now no more, but I was attracted to this wonderful peeling paint work. 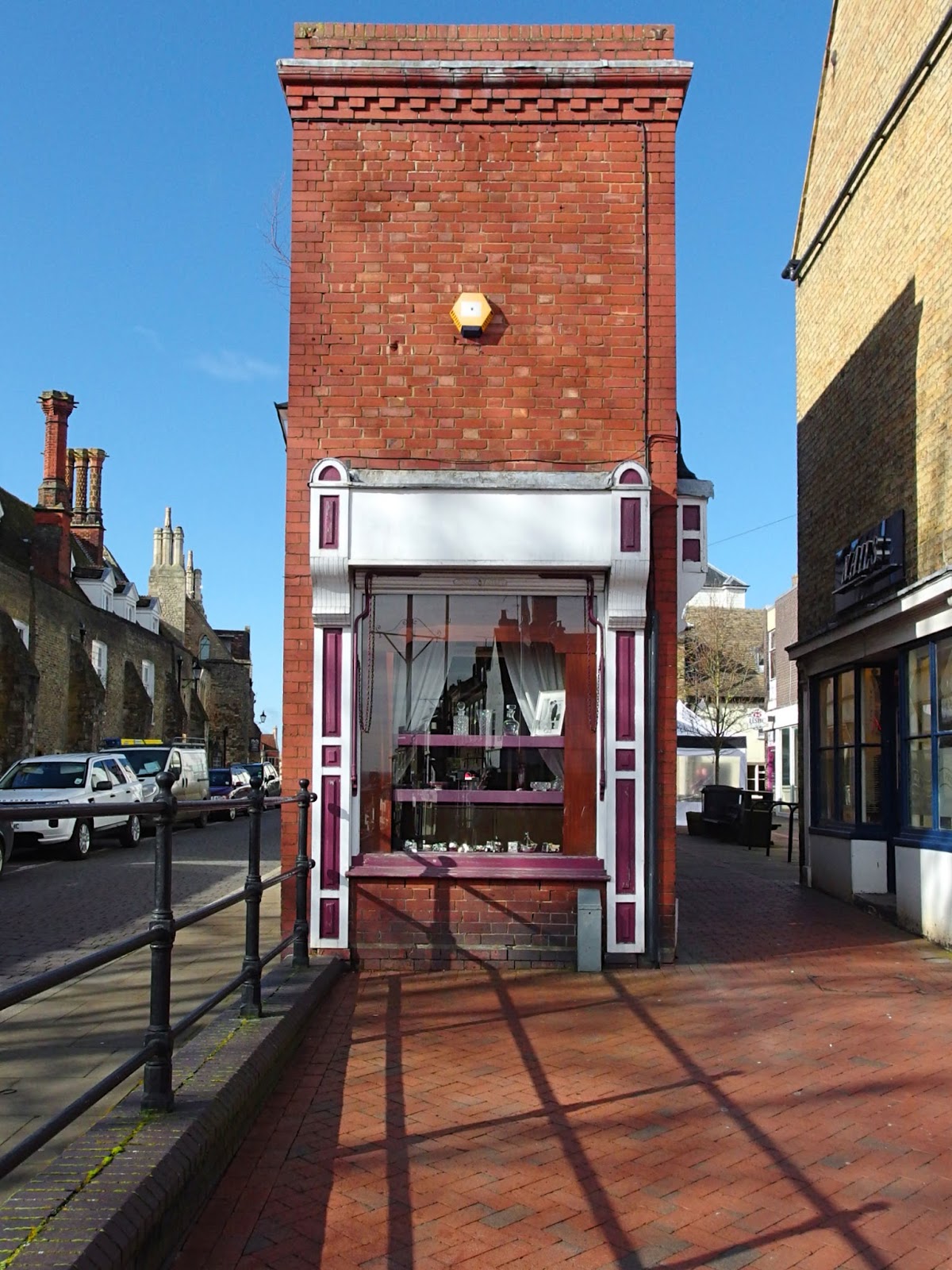 This shop, near the market, seems to be thriving however, despite having little room for expansion!

I said we weren't going to have any pictures of the cathedral today. OK, just one then.... 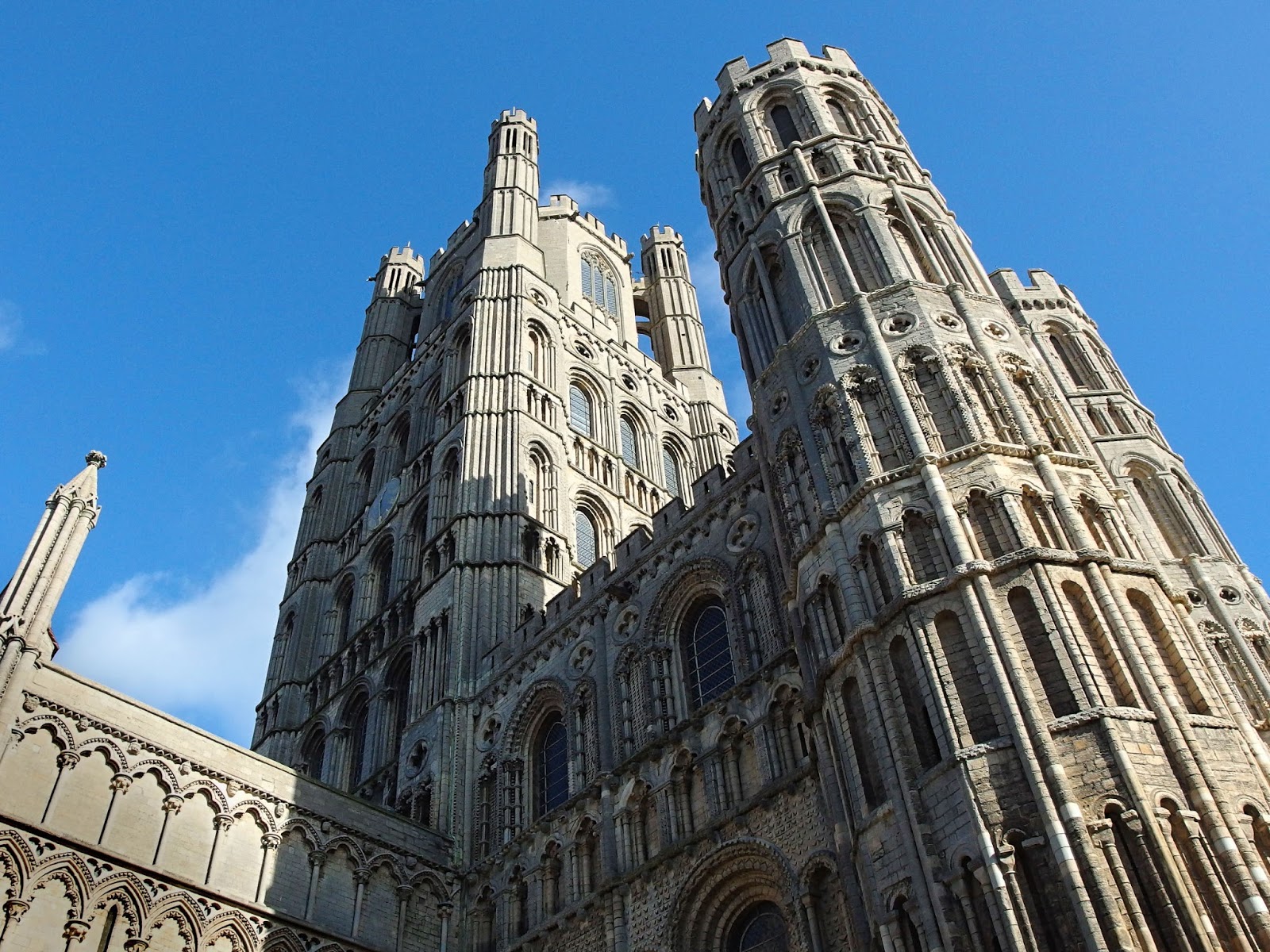