Bumping Up The River 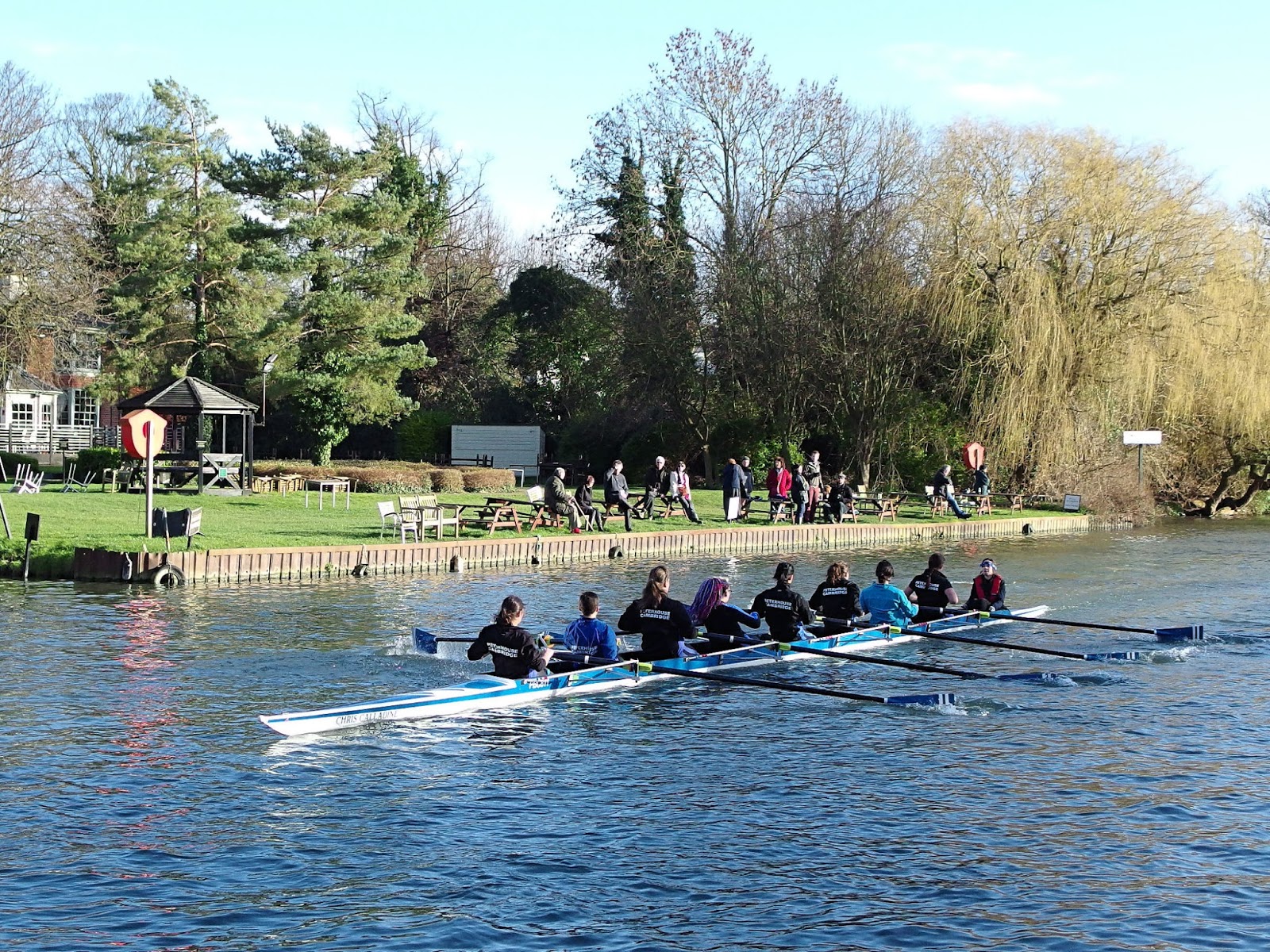 Some people may remember a peaceful stroll along the River Cam, that I wrote about in a post entitled "Downriver And Into The Country", observing the unhurried ways of those who drift along with the same lack of urgency shown by the stream itself. I was walking that same towpath again yesterday but the scene was anything but relaxed and easy-going. 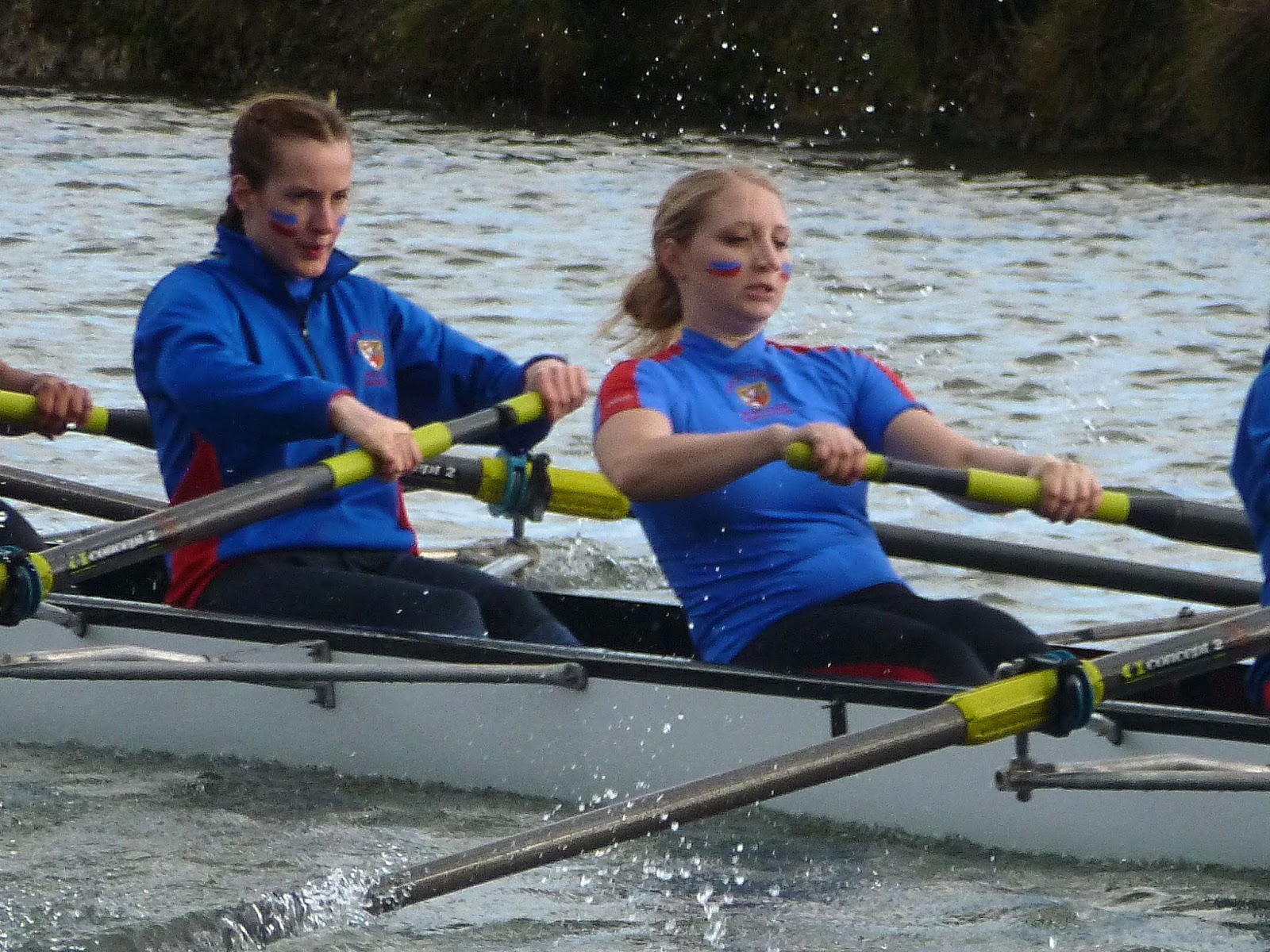 Madness, mayhem and mighty exertion was the order of the day as the rowing eights of the various Cambridge colleges slogged it out in fierce competition to establish who is Head Of The River. 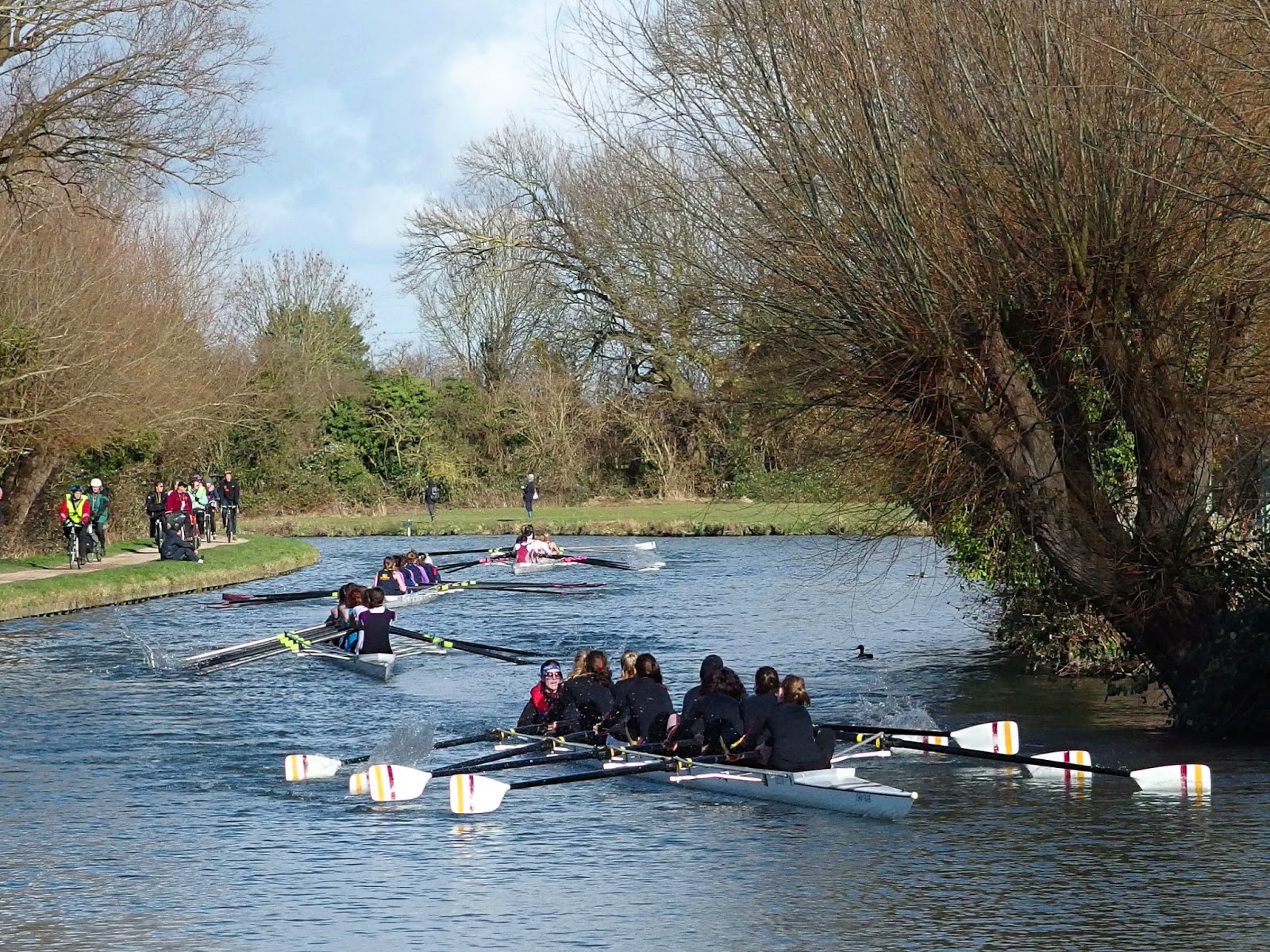 Now the river just north of Cambridge is neither wide enough nor straight enough for normal side-by-side racing so a different solution had to be found. It probably came about from one boat-crew chasing another during practice. In time this developed into "The Bumps". There are two sets of races, the Lent Bumps which takes place before Lent and the May Bumps which takes place in June (obviously). 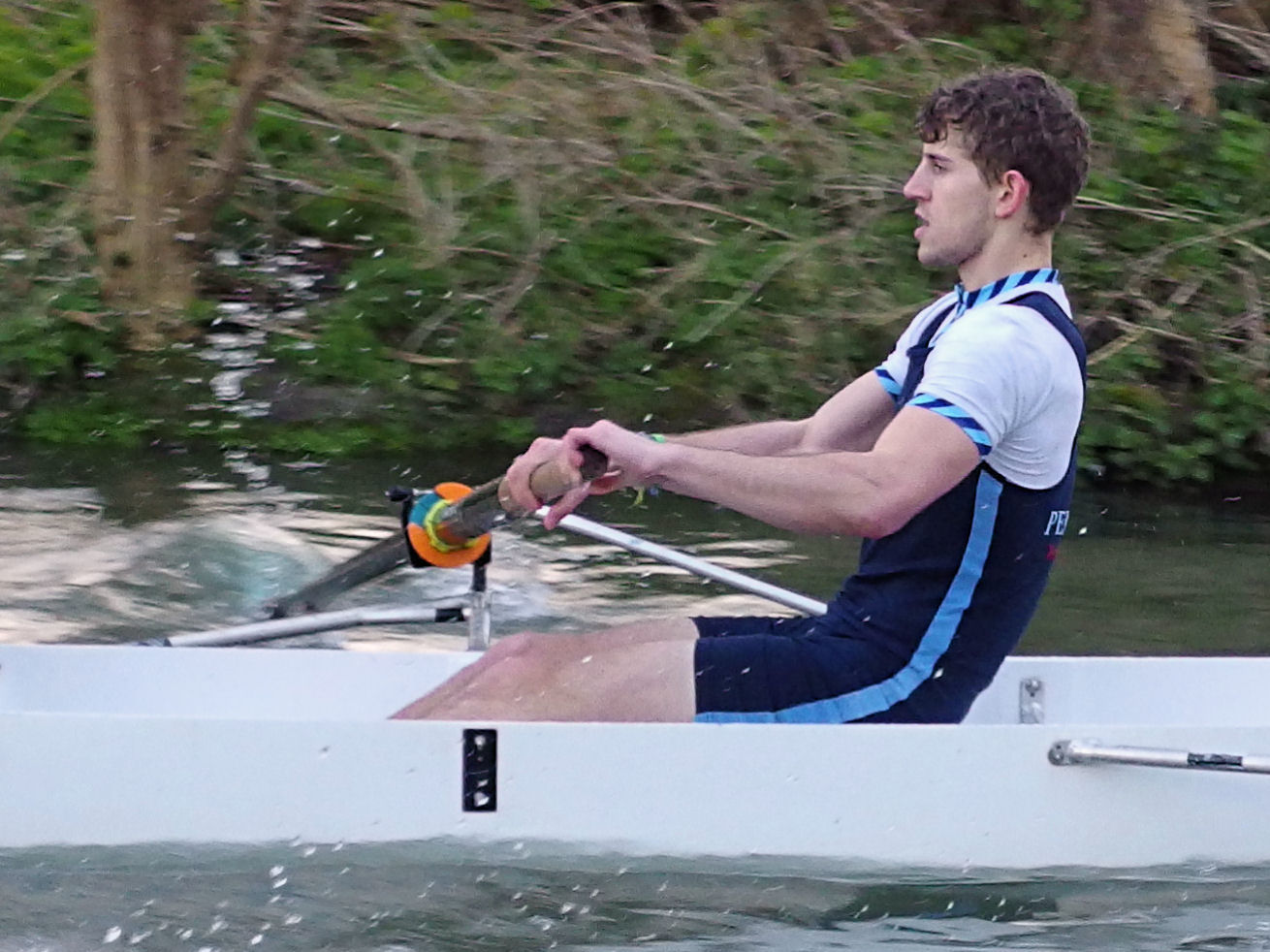 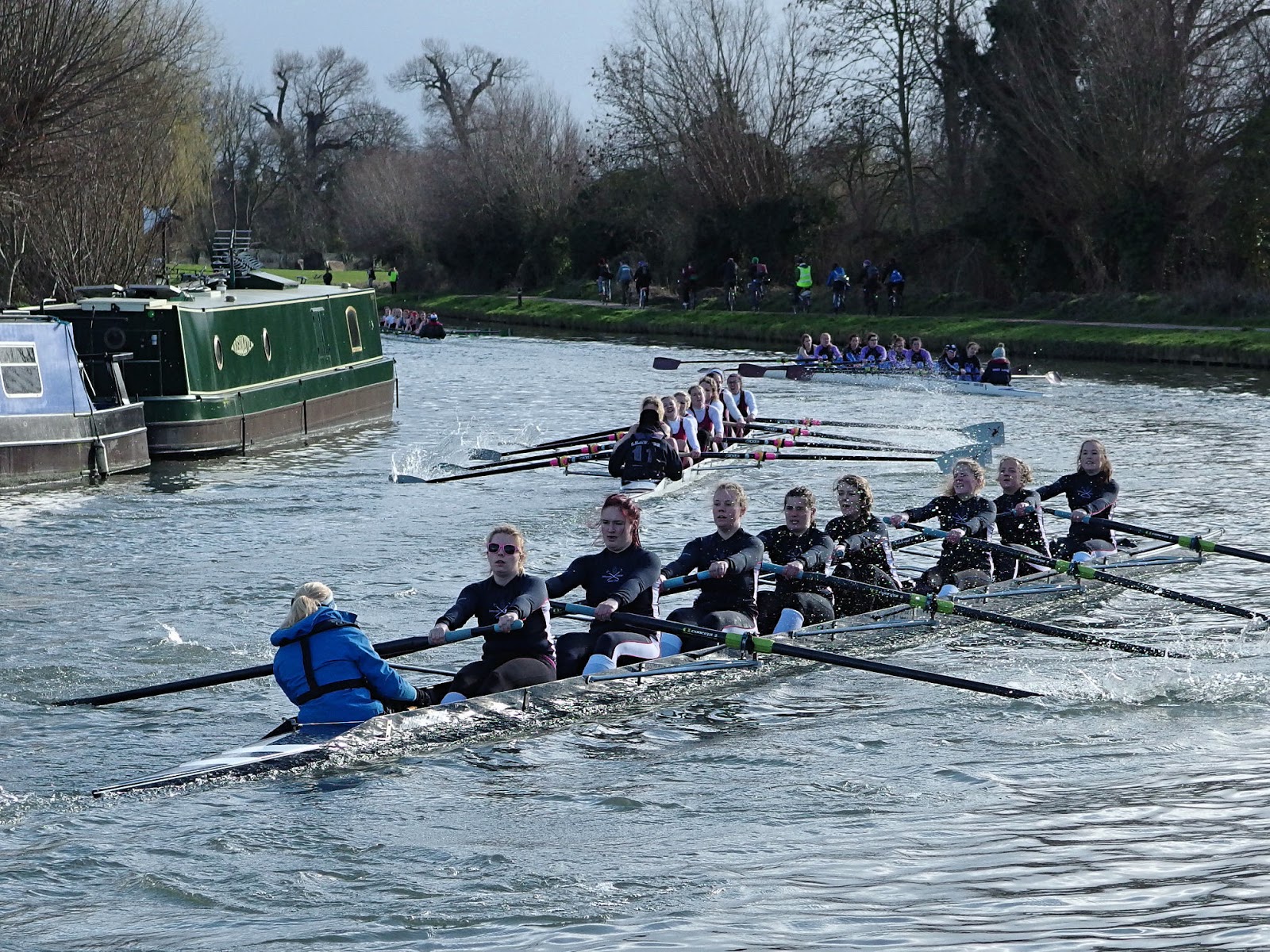 An innocent bystander by the river would have observed the following:

What on earth is going on? 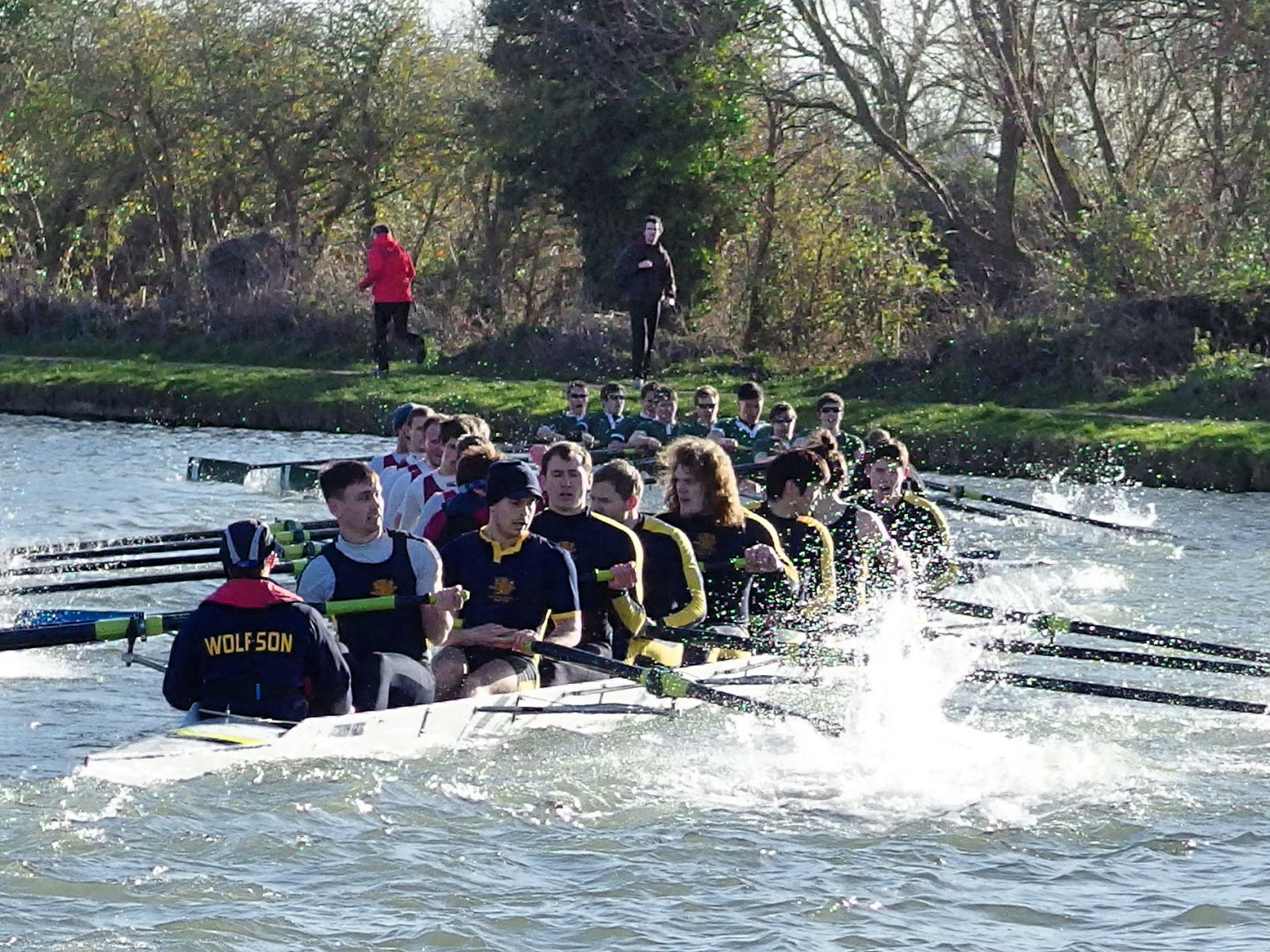 In the next race boats start in the order determined by the finishing positions in the race before  - that is ahead of any boat that they have bumped or overbumped. And just to make things a bit more complicated the boats are divided into divisions since there are far too many crews for them all to race at once. The first boat in each division can then row in the higher division race. 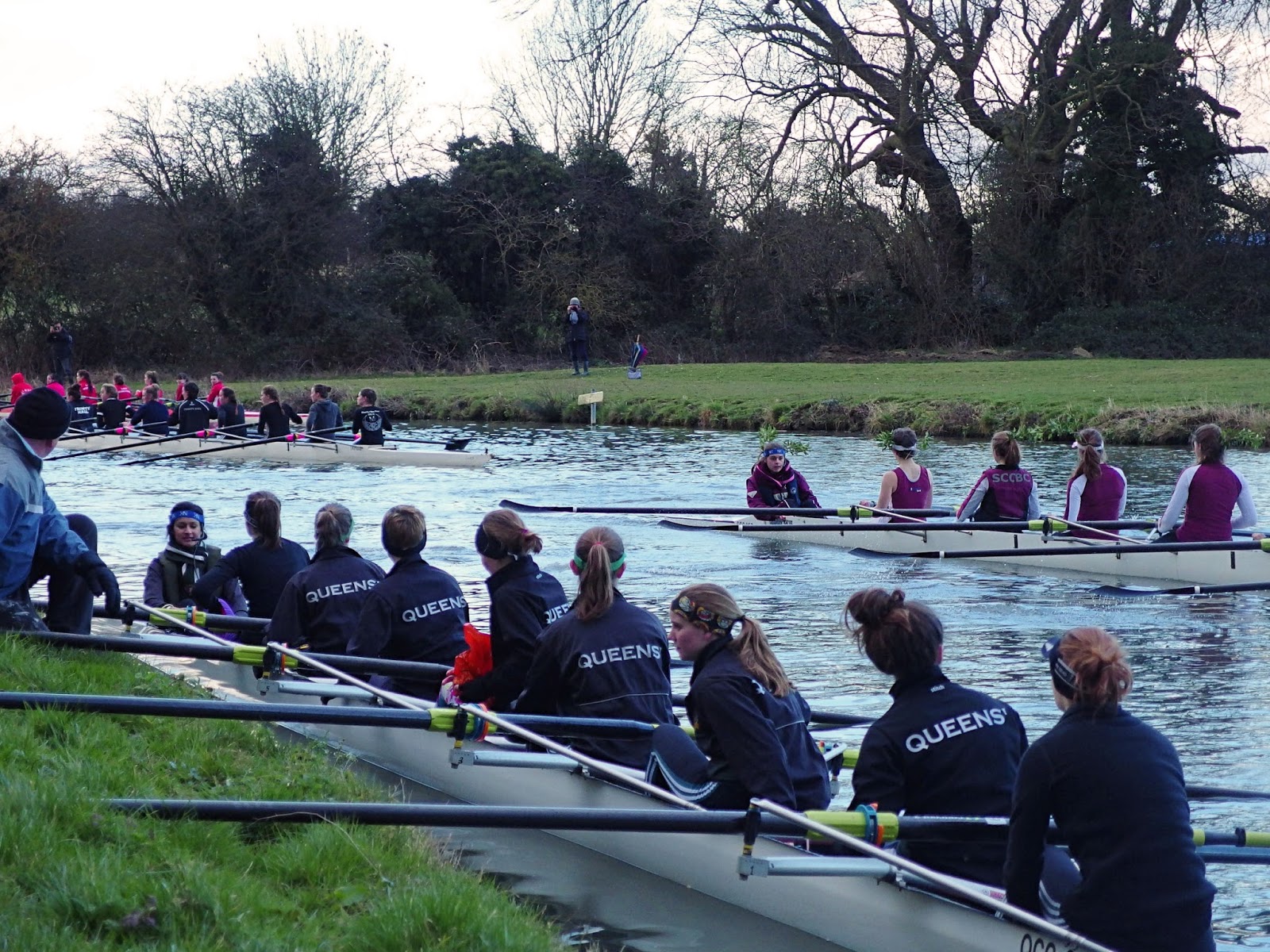 Is this a fair and logical competition? Of course not! But every crew has something to race for even though most have no chance of becoming overall Head Of The River. 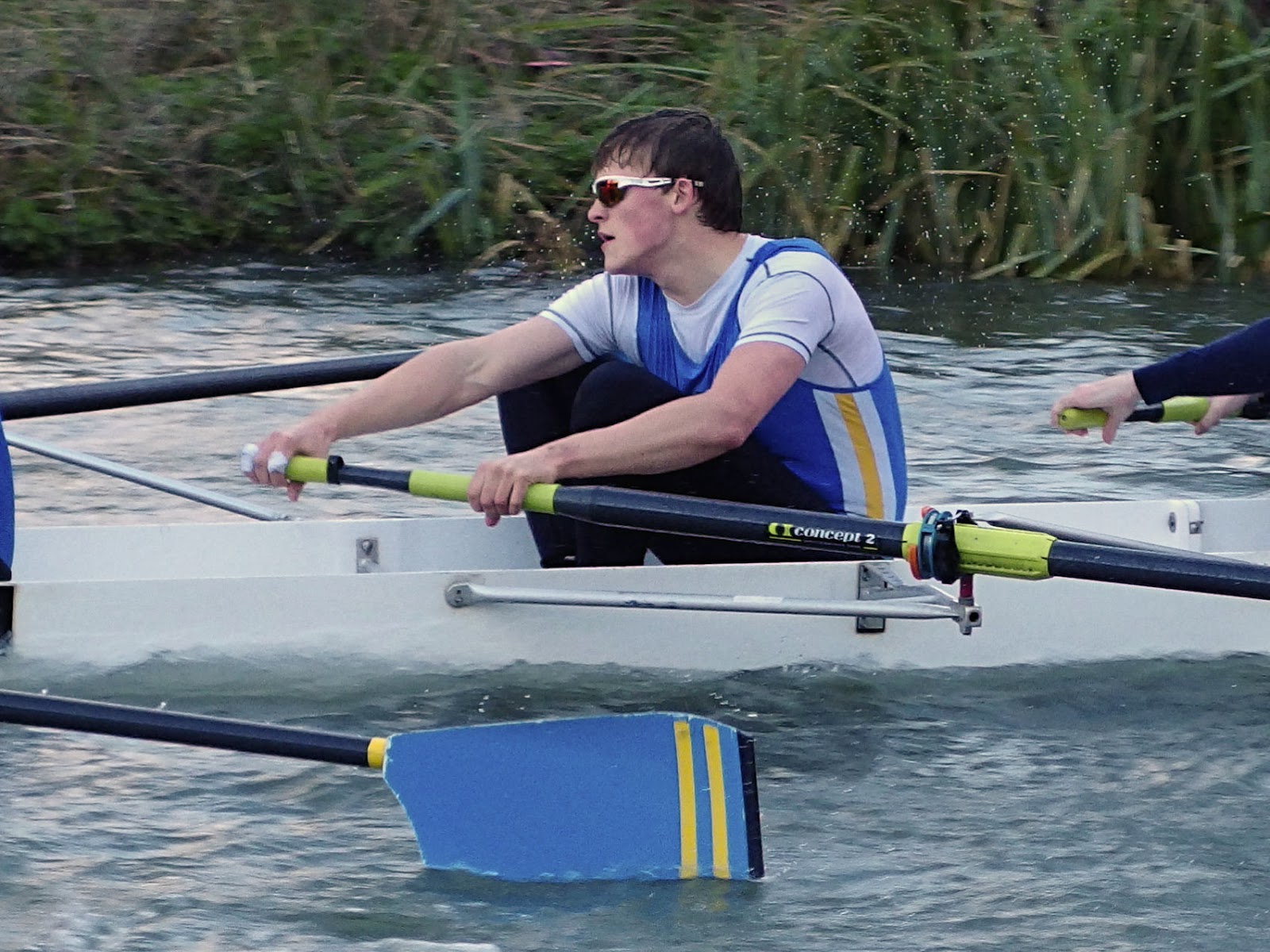 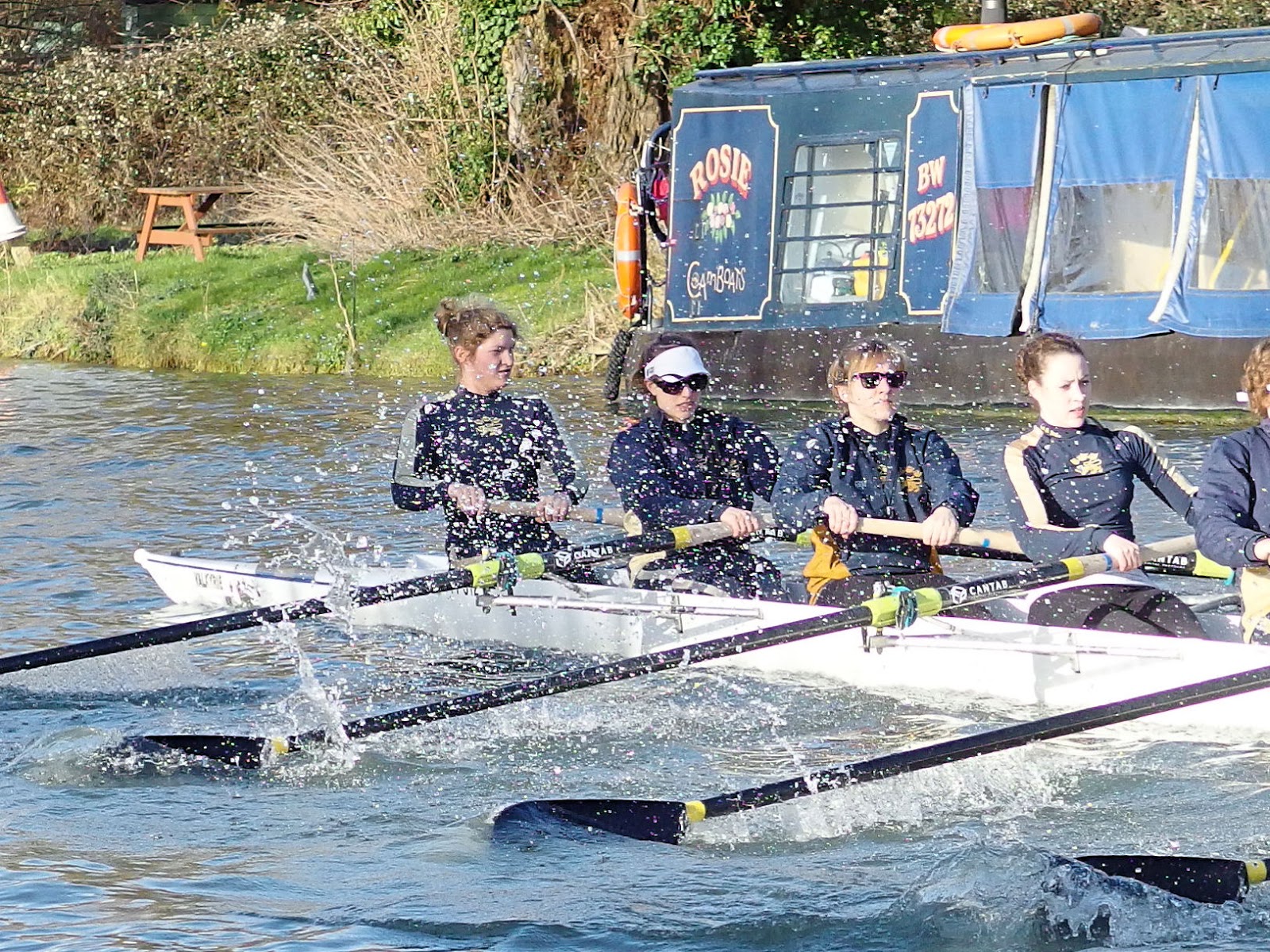 This year there were 57 men's crews and 46 women's crews competing (that's over 900 athletes to save you doing the calculations) representing the various college boat clubs, some of which have four boats in various divisions. The great majority are named after the college in question with the addition of I, II, III or even IV to signify which crew they are. Of course there are exceptions - St John's College crews are called Lady Margaret, after the founder of the college, and Trinity College crews are called First And Third, as there were once four boat clubs at the college and the present club is an amalgamation of two of them. 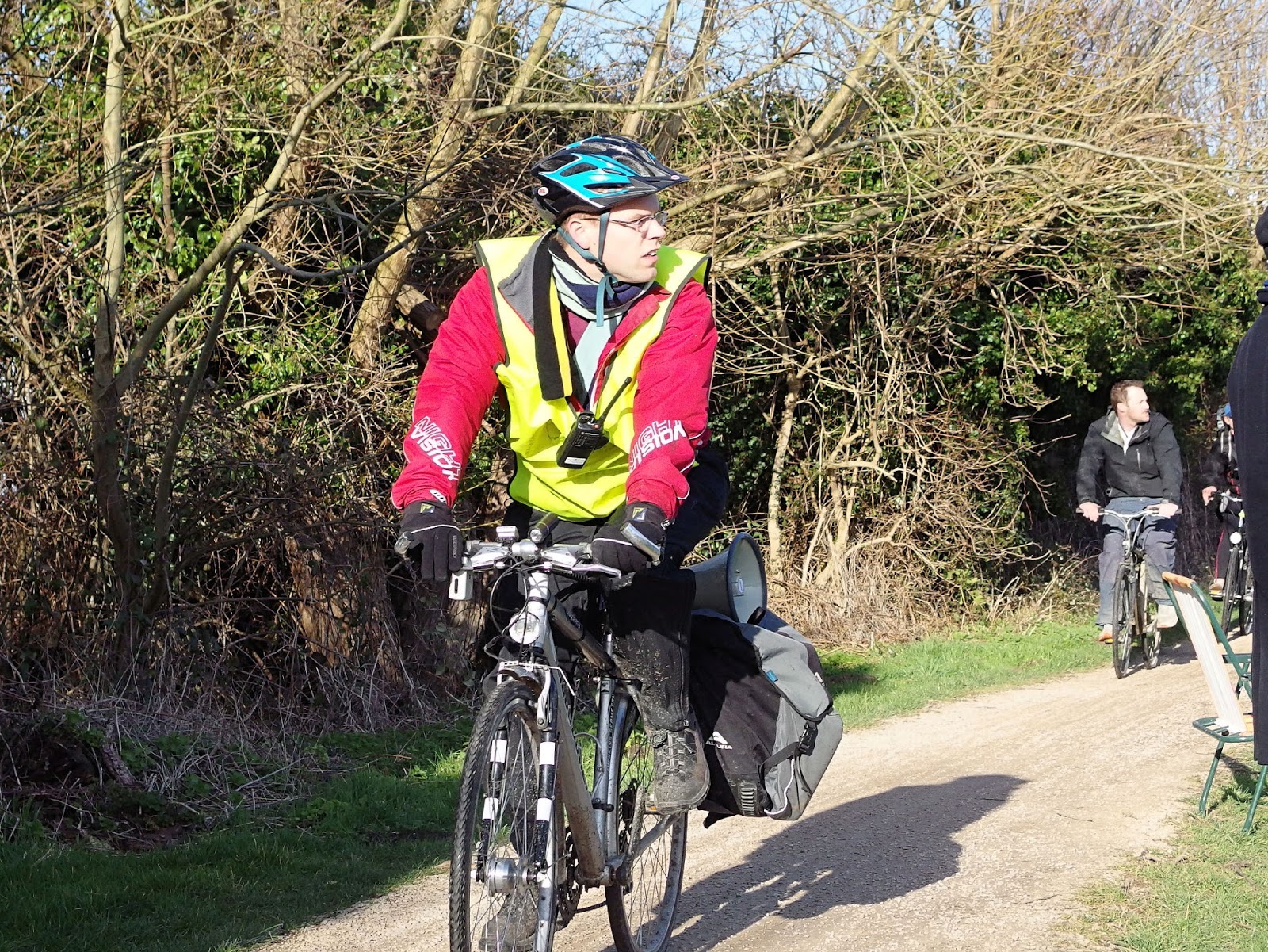 The towpath can become just as chaotic as the racing on the river as the support teams cycle alongside their boats. There's even an "ambulance bicycle" in case any first aid is required. 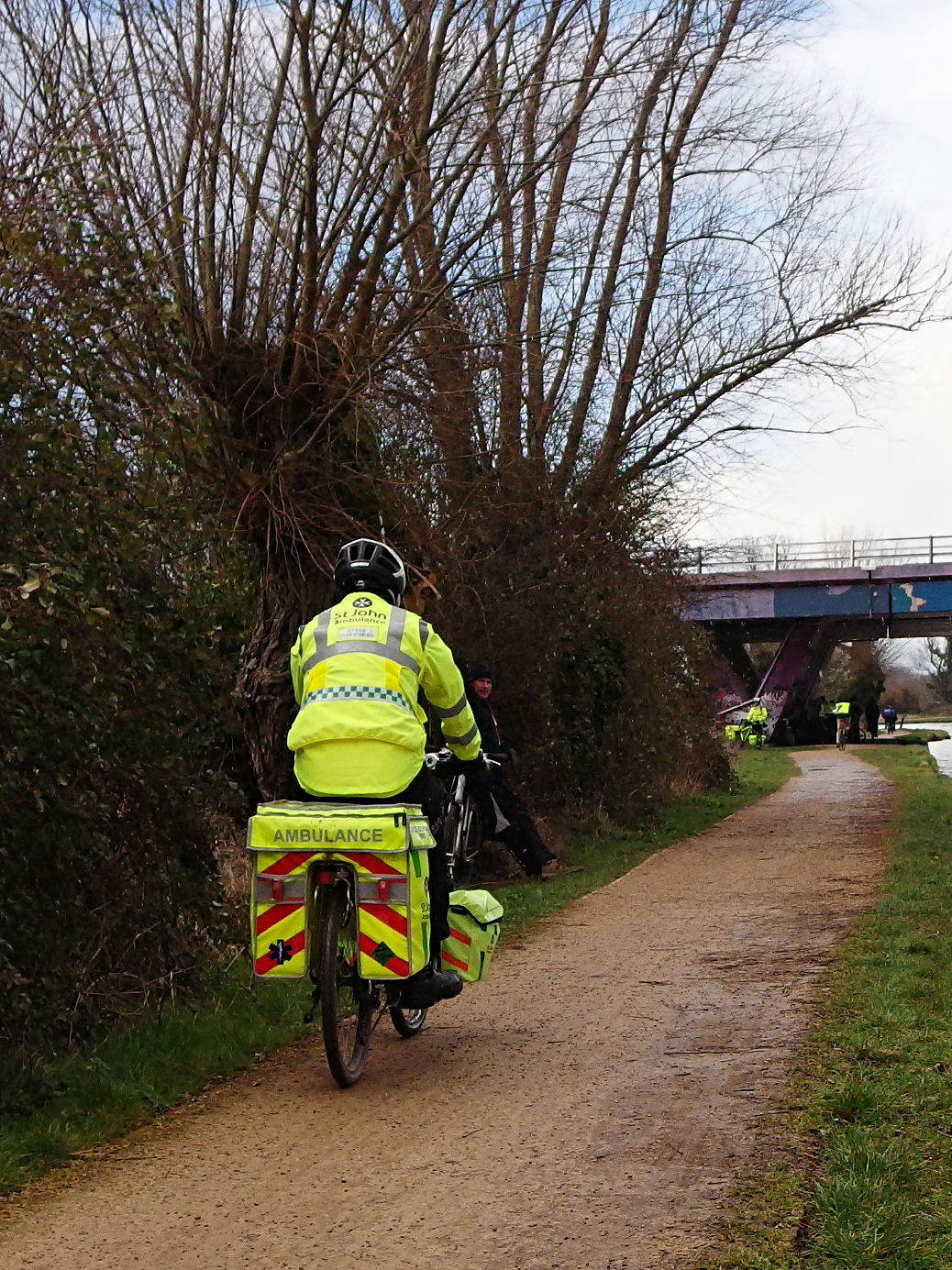 Racing takes place all afternoon (or "early" as students call it!) and, with a bit of strolling up and down between races, makes a very pleasant outing. 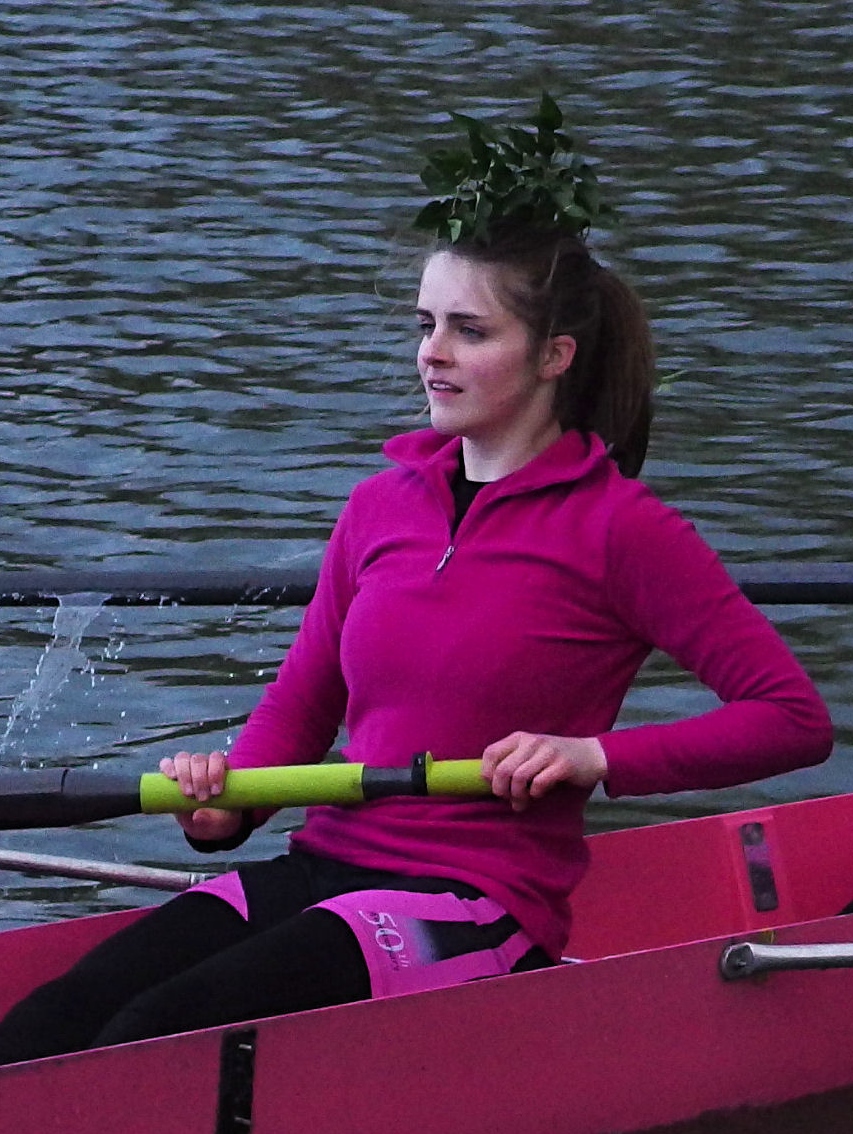 Crews who achieve a bump are suitably decorated. And as there are no laurels available ivy is collected from the hedgerow to be worn by the successful rowers who then row down to the finish, being cheered as they go. 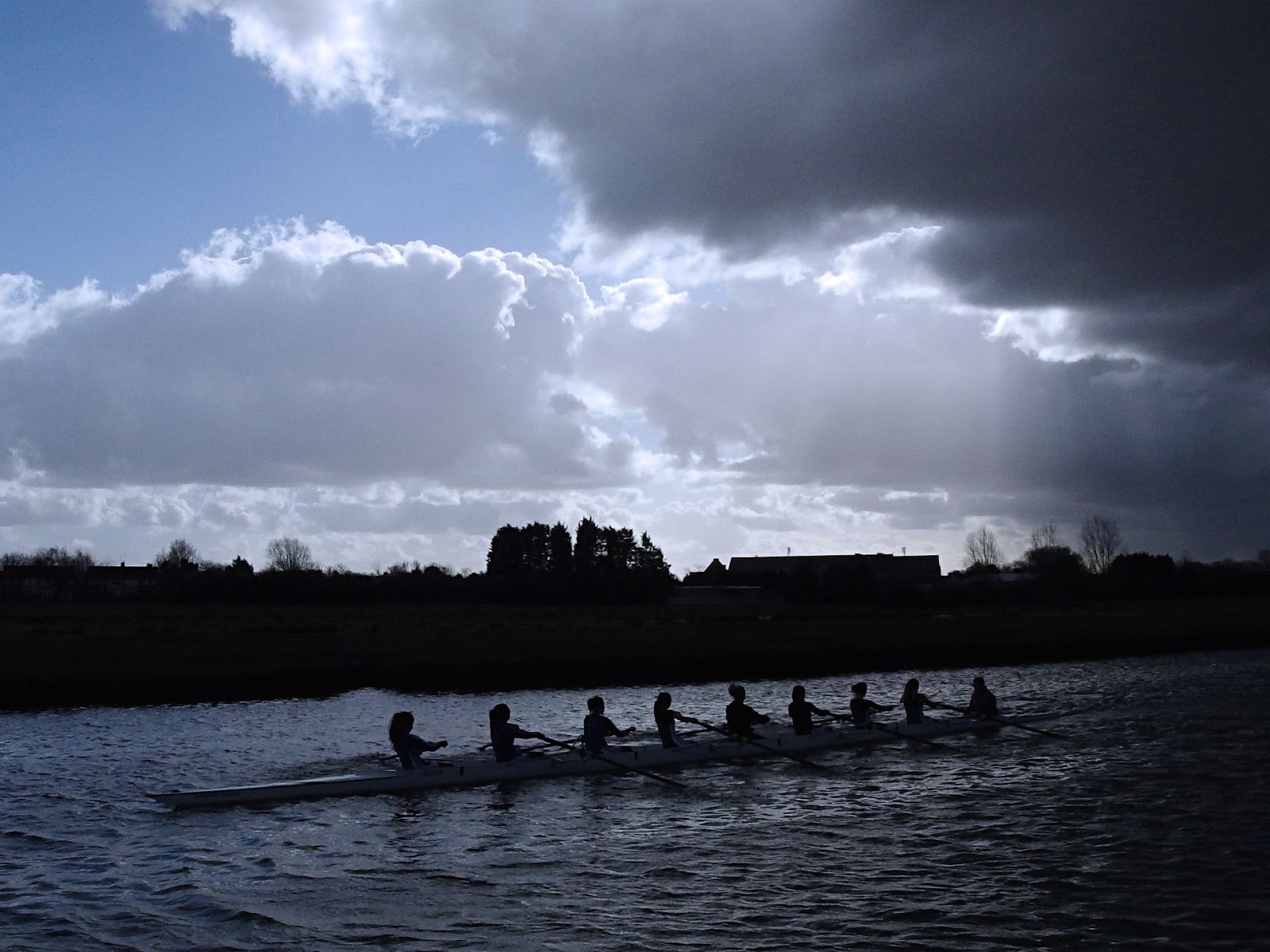