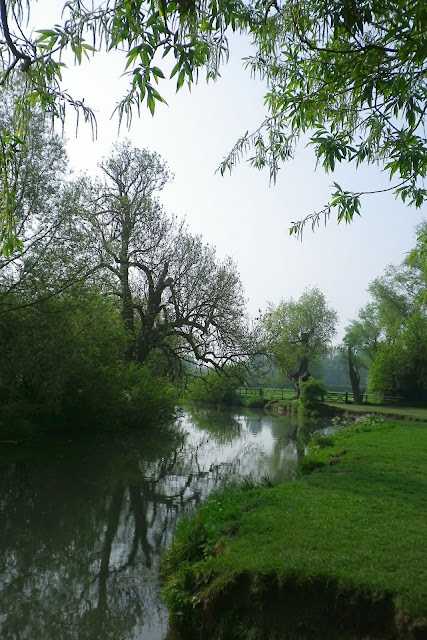 ﻿
﻿A morning stroll in Grantchester Meadows was rewarded with the welcome sound of the first cuckoo of the summer. The land along the River Cam has long been grazing land, originally to supply milk and dairy products to the town of Cambridge. I was once told that the milk used to be brought down on a cart to this spot in churns. In warm weather the churns were put into the river to keep cool before being taken to town on flat-bottomed boats propelled by long poles. This, it was said, was the origin of the punts which are so popular with undergraduates and tourists today.

In my teenage years some other village lads and myself owned a punt and spent (or mis-spent)  countless hours on the river. Lazy afternoons, fishing expeditions, practical jokes, drunken midnight escapades, trips across the fields when the river was in flood and even the odd romantic liaison all took place on the punt.


In those days, late 60's - early seventies, there were frequent rumours that the Pink Floyd were going to do a free show on the meadows. This was presumably inspired by the fact that Syd Barrett and Rogers Waters of the band came from Cambridge and the album Ummagumma contained a track called "Grantchester Meadows"...... 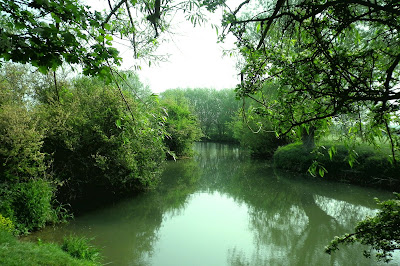 "...and a river of green is sliding unseen beneath the trees,
laughing as it passes through the endless summer making for the seas"
Needless to say they never did play that gig. But that didn't stop every long-haired, kaftan-clad hippie from miles around turning up most weekends.

My reminiscences were pleasantly interrupted just then by the sound of that first cuckoo; they were once heard frequently here but, like the Pink Floyd, are less often encountered these days. Sedge warblers were also singing from the bushes. These madcap bundles of energy, having just flown in from Africa, throw their entire being in their urgent, scratchy bebop solos that contain snatches of the songs of all the birds they've ever heard. 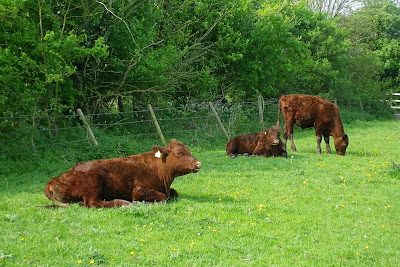 The meadows are now managed for wildlife under a countryside stewardship scheme. Red Poll cattle are being grazed there which should increase the number of wild flowers and add to the area's bio-diversity. The land on the opposite side of the river, which was once intensively farmed, is also to be managed for wildlife.

Posted by John "By Stargoose And Hanglands" at 07:34