I got out of bed at "stupid o'clock" and peered out between the curtains. A fox was timidly snooping about under the bird feeders. There's a lot going on out there while we snuggle under our duvets, you know.  A silver half-moon hung in the sky as I strode off to the local woodland. A hedgehog sauntered off into the undergrowth. The little River Mel babbled gently under the footbridge as I made my way to a tree stump in the clearing, sat down and waited.

A blackbird was already singing from a nearby branch though it was still fairly dark. Over to my right a tawny owl hooted and was immediately answered, to my left, by the begging call of a youngster. A few moments later a dark shape flew silently over the clearing. As it grew slowly lighter other birds began to join the blackbirds and the dawn chorus got properly underway. (Several recordings of the dawn chorus in British woodlands are available to hear on YouTube, but the real thing is infinitely better!)

That little powerhouse of song, the wren, soon added his bustling song to proceedings while a chiffchaff chanted his monotonous two-note refrain. The ancient hoarse conversation of the roooks began to be heard from the tree tops while wood pigeons cooed soporifically among the leafy boughs. Chaffinches, great tits, blue tits, goldfinches and others all contributed their snatches of melody. A blackcap added its exquisite, uplifting warbling. Pheasants called, a distant dog barked and a few early morning motorists set out on their journeys. 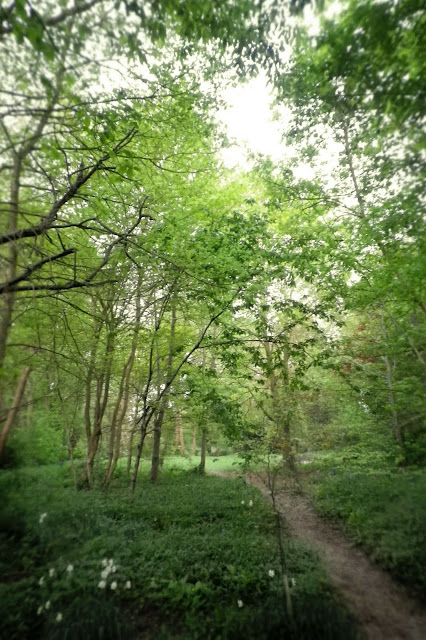 As the sun began to rise I made my way home for hot tea and toast. Take care.
Posted by John "By Stargoose And Hanglands" at 10:55