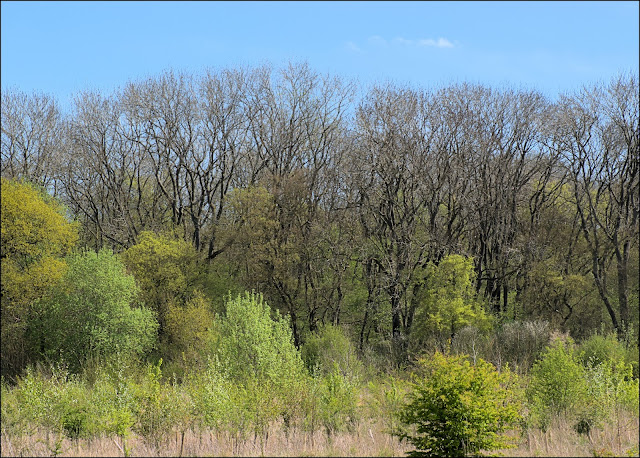 In our last post we explored Hayley Wood and I said we were moving on to Gransden and Waresley Woods to see the bluebells. It's really all one wood, though part is in Gransden and part in Waresley. A stream, which at this time of year is just a muddy dip in the woodland floor, marks the boundary between the two parishes. By the time we arrived the midday sun was shining brightly and the birds were singing. 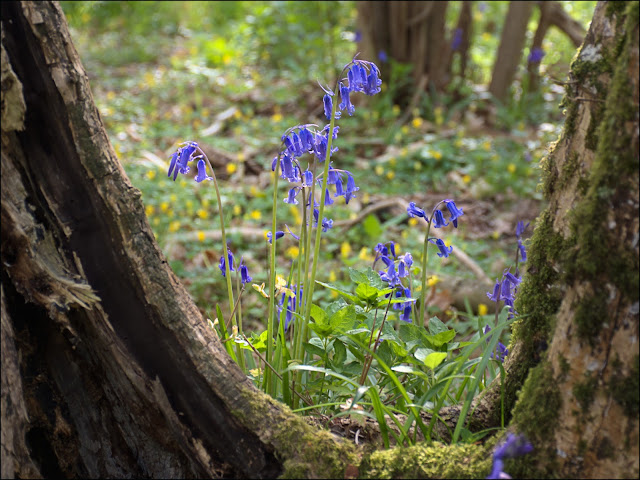 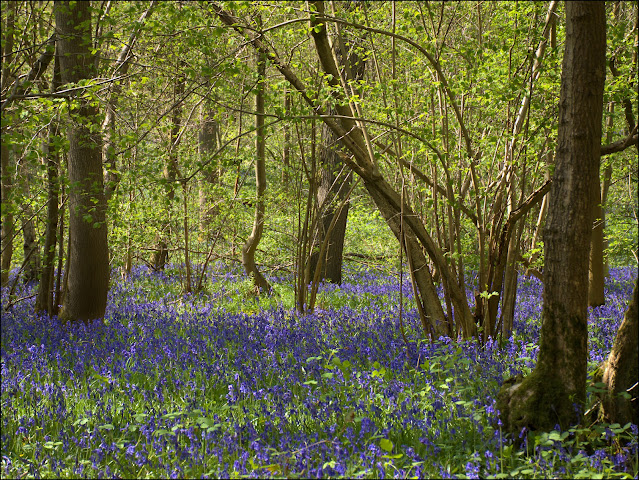 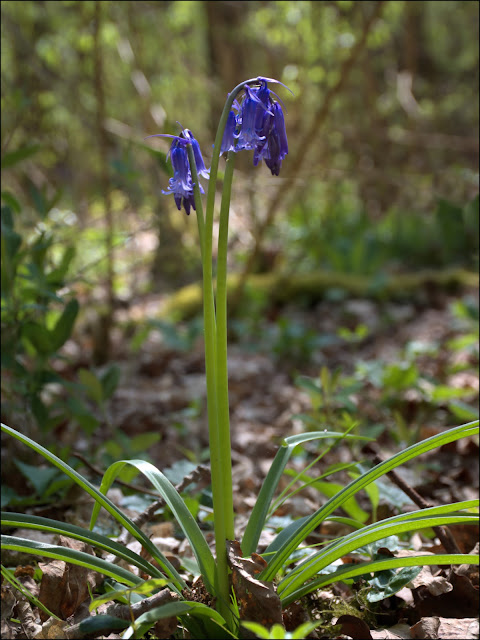 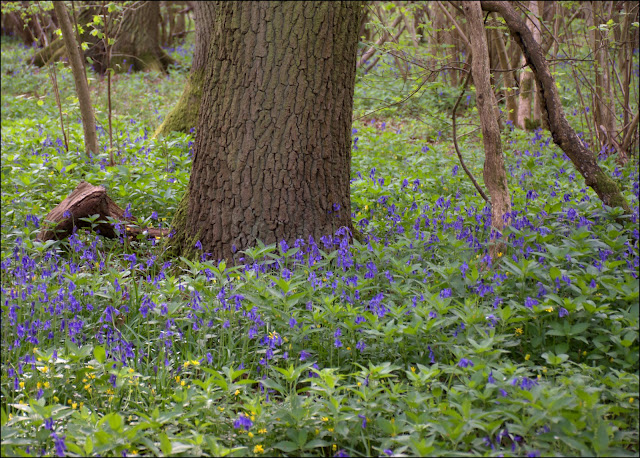 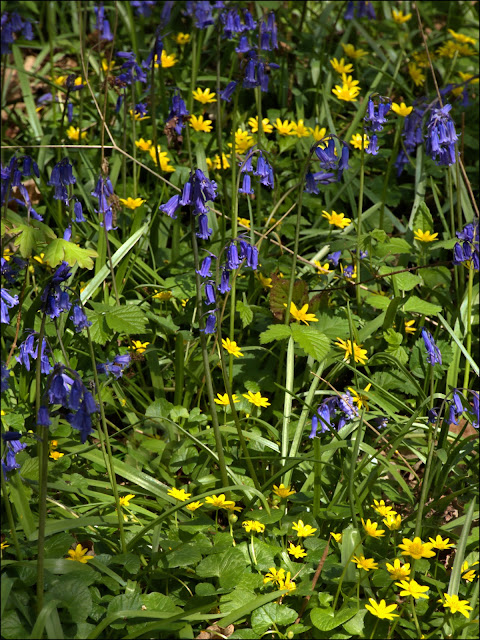 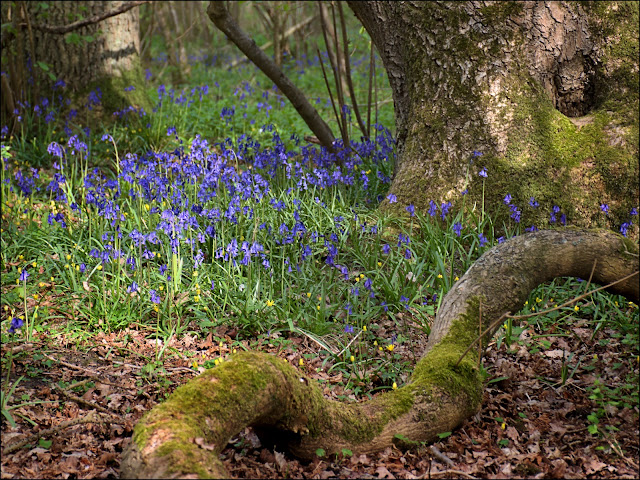 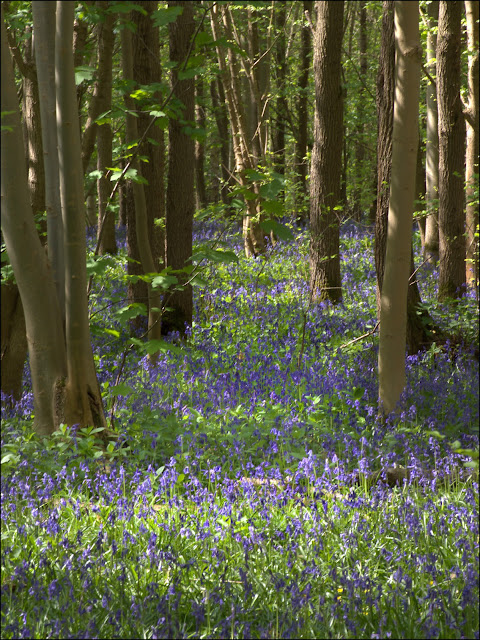 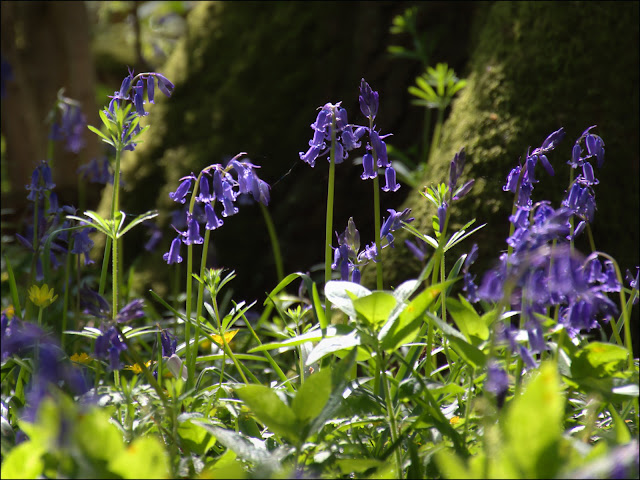 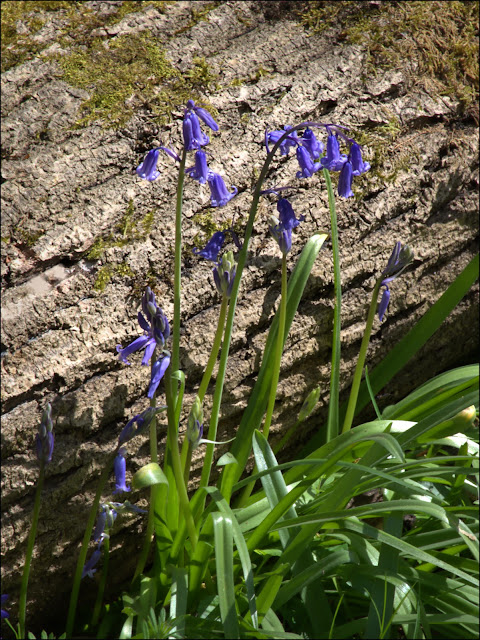 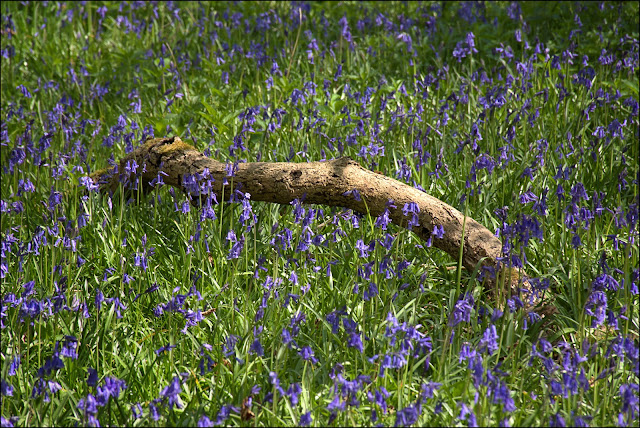 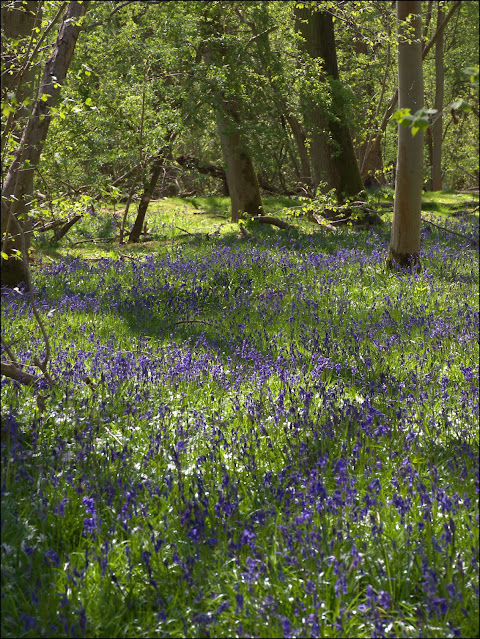 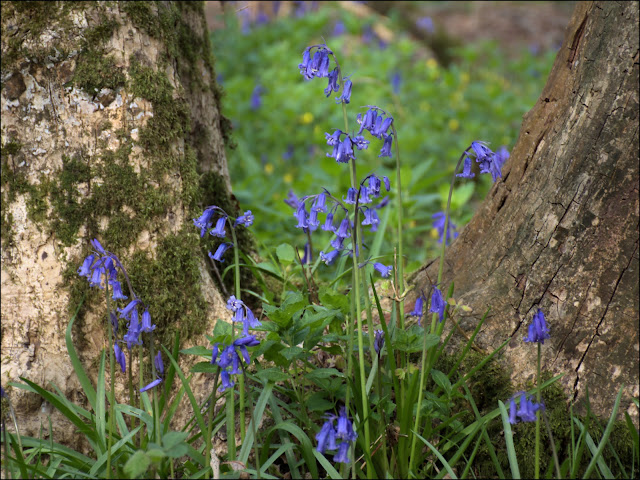 Now, the Bishop of Ely: In my last post I quoted a bit about Hayley Wood from a survey of the Bishop's lands done in 1356, when he was wanted for murder. I said I needed to find out more.

The first thing to realise is that back in the fourteenth century the Fens surrounding the Isle of Ely were a wild and unruly place. The King had no power in this watery wilderness, which formed a hideaway for all kinds of outlaws and vagabonds. He relied on the Bishops of Ely to maintain some kind of order and they "ruled with a crozier of iron".

In the early thirteen-fifties some of the Bishop's men burned down some houses which it turned out were owned by one Blanche of Lancaster. Blanche was a child at the time but had inherited her father's vast wealth. King Edward III had plans for Blanche to marry his third son, John, so burning down her houses was not a bright move. The King rebuked the Bishop and forced him to pay damages.

Soon after this the Bishop, Thomas de Lisle, had one of Blanche's servants murdered and the King retaliated by seizing all the Bishop's possessions and making him beg forgiveness. The survey of his properties was to enable the king to be sure he'd confiscated everything.

Blanche went on to marry the king's son, who is known to history as John of Gaunt, when she was just fourteen. She bore him seven children, three of whom survived infancy, including one who later became King Henry IV. She died from the Black Death when she was only in her early twenties.

Take care.
Posted by John "By Stargoose And Hanglands" at 06:59