Burwell Fen - Now And Then

Burwell Fen is indeed a place that we visit now and then. It's also "now and then" in the sense that, after I've shown you a handful of photos that I took yesterday, I'll unveil a few pictures from back in October when it looked a little different. And thirdly, although all the photos show the way the area looks these days, I can also remember how it looked long ago. So here we go: Burwell Fen - Now And Then. 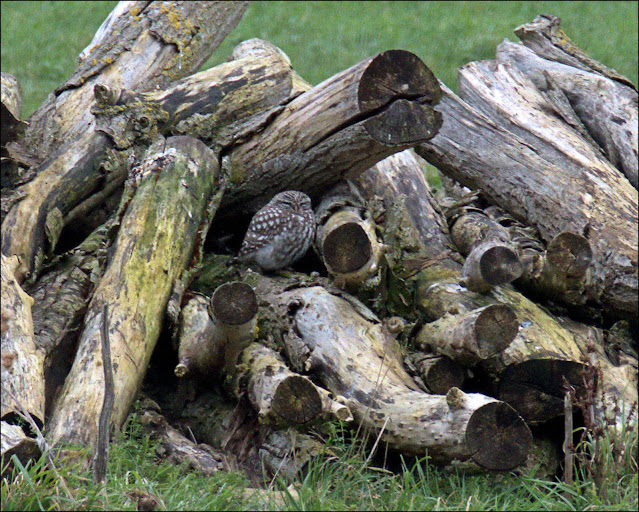 Right next to the rough, semi-official car park that stands at the end of a long, bumpy track down to Priory Farm, there is a woodpile that for the last year or two has served as home for a Little Owl. I mentioned him/her many months ago but didn't get a photo, so made sure I got one yesterday afternoon. 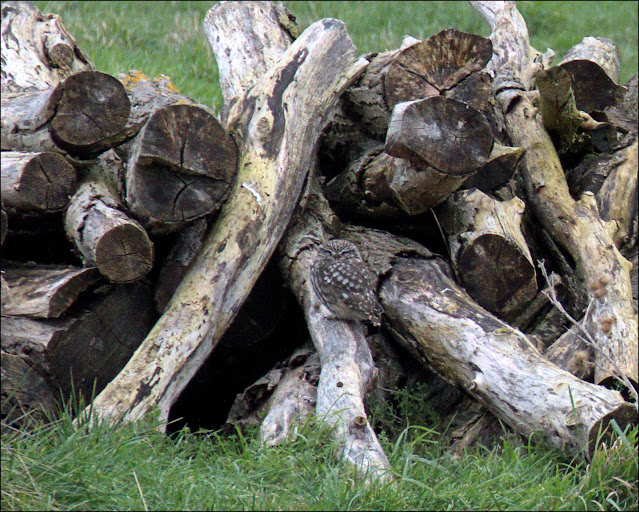 Actually there were two owls present, though this one is not so obvious (it's right in the middle of the picture). It's amazing how effectively they are camouflaged among the old logs. They stand just 8 inches (20 cm) tall and presumably must hunt over the surrounding area, but they spend a huge amount of time just perched on their logpile, sometimes obvious, sometimes hidden. 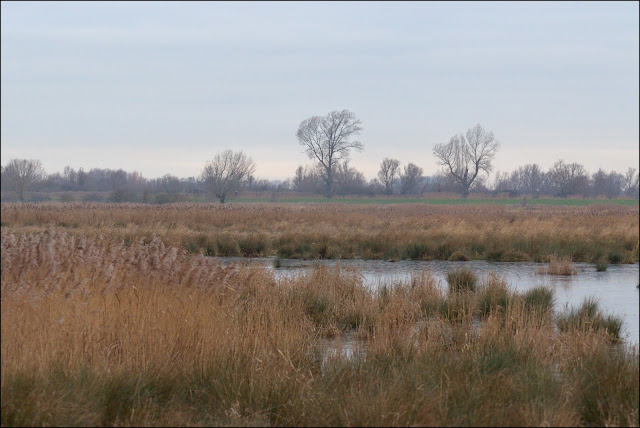 Out on the fen it's much harder to hide and large numbers of waterbirds, mostly Wigeon, were on the flooded areas. This in turn attracts birds of prey like Marsh Harriers and the occasional Peregrine. 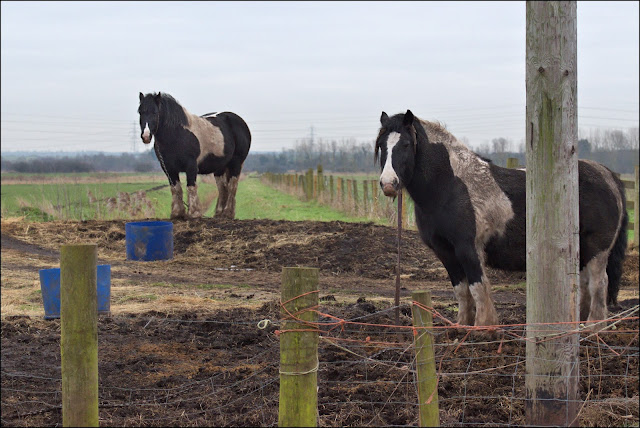 There are several Travellers' sites around the Fens, attracted here originally by the seasonal work in agriculture. These days they're more likely to travel in Transit vans than horse-drawn wagons, though they still retain their love of horses. 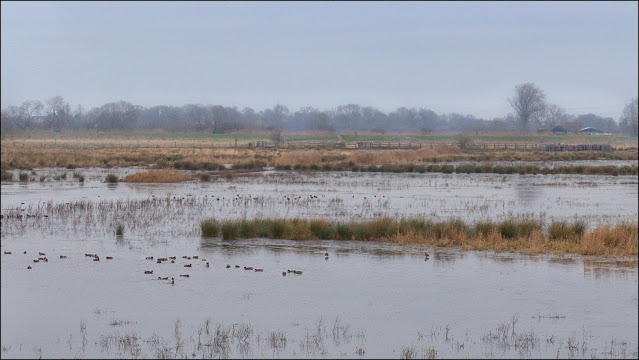 When I first knew this land it was all given over to agriculture and there would have been farm buildings in the middle of the picture above, but since then it's been bought up by the National Trust and is being returned to something like the Fens were before they were drained; all very much to the taste of wildlife. 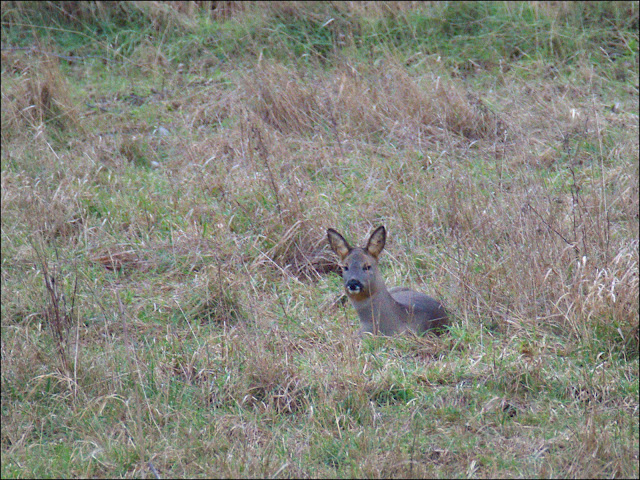 Although we didn't see all the birds we'd hoped for, there were plenty of Roe Deer. But now lets skip back to October.... 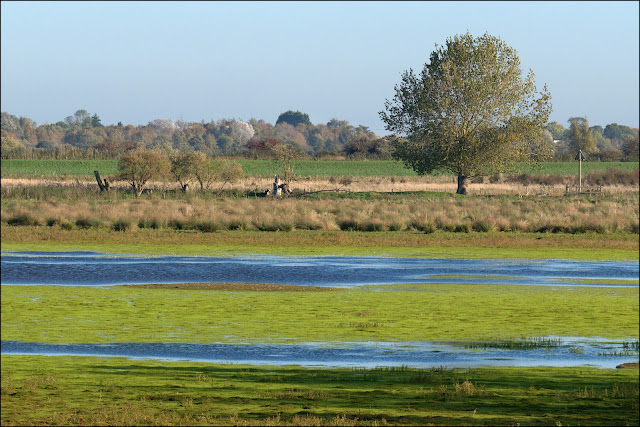 Rather more colourful, though less watery, I'm sure you'll agree. We also got better views of some of the animals that are kept here for conservation grazing, including this strapping fellow... 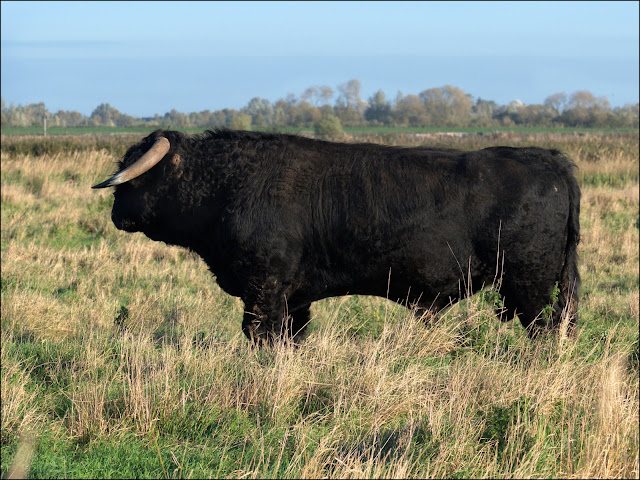 ...separated from us by a fence, I'm pleased to report. Not that these cattle are particularly aggressive anyway. 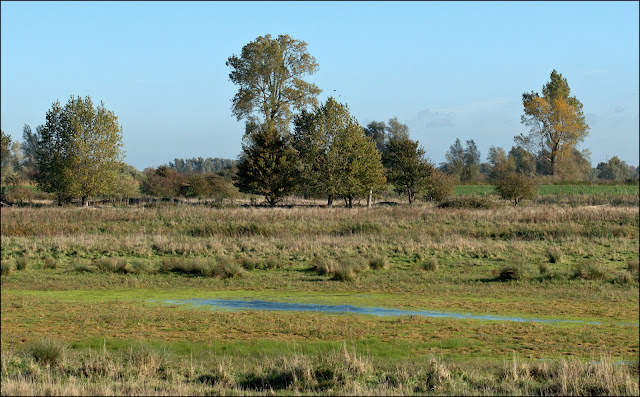 The walk around Burwell Fen is a simple triangle about 3 and a half miles in length (5.5 Km) with extensive views throughout. One side is part of a dedicated cycleway and is easy walking, the rest can be a muddy, especially after heavy rain and for most of the winter. 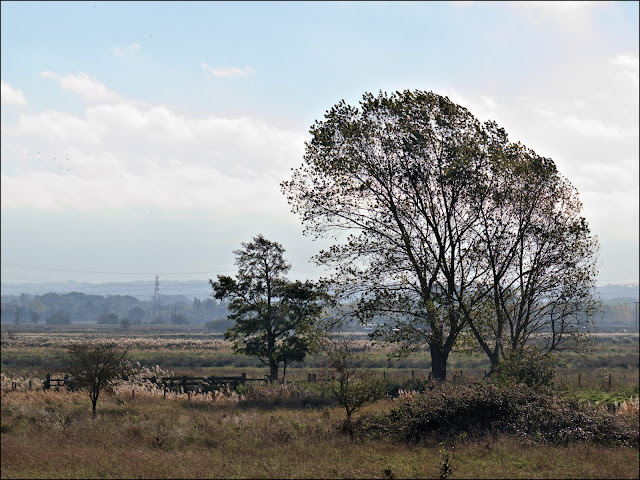 It's one of those places that comes under the category of "beautiful but difficult to photograph, or even to explain, the beauty". If you like wide skies, far-reaching views and a feeling of freedom, then this is the place for you. 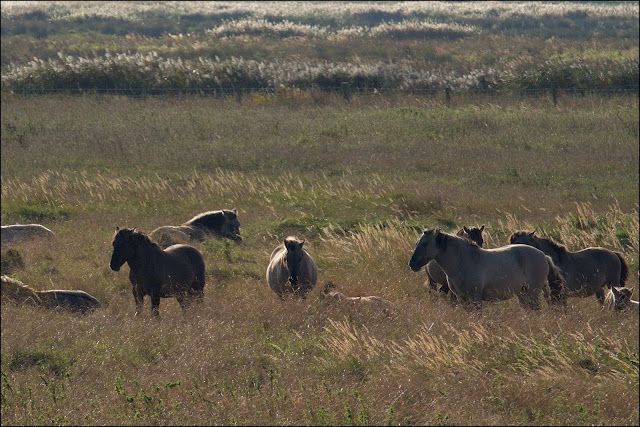 It's certainly the place for these Konik ponies who range across a wide area and always look particularly wild when there's a wind blowing their tails and manes. And with that we'll leave Burwell Fen - till next time. 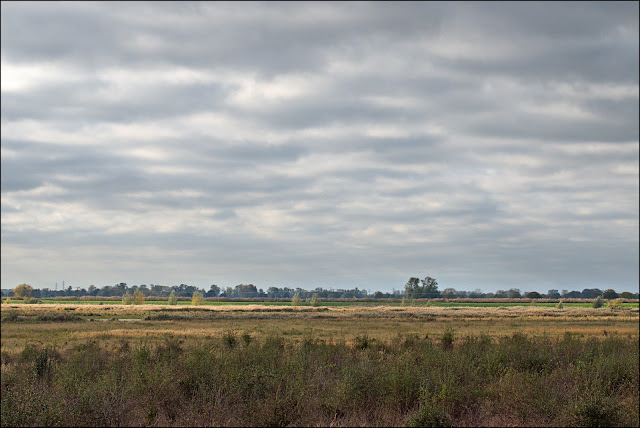 Posted by John "By Stargoose And Hanglands" at 10:05