The Valley In The Forest

The tiny village of Santon Downham hides away in the midst of lowland England's largest commercial forest, Thetford Forest, and through some quirk of micro-climate, often records the lowest overnight temperatures in the region. Surely there must be some autumn colour here. 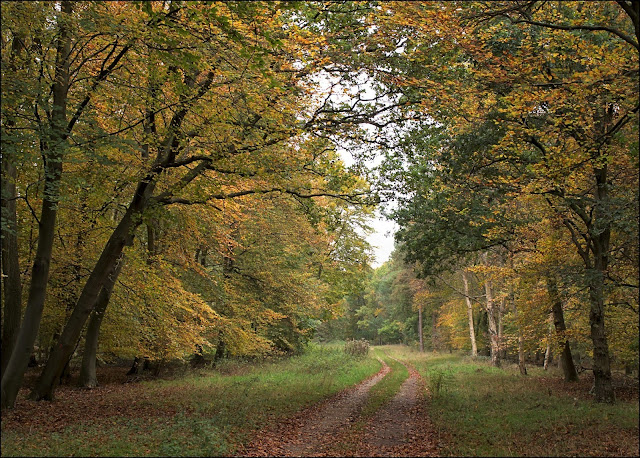 Although almost all of the forest consists of drab conifers, there's a strip through the centre, roughly following the River Little Ouse, where the natural tree-scape is maintained. 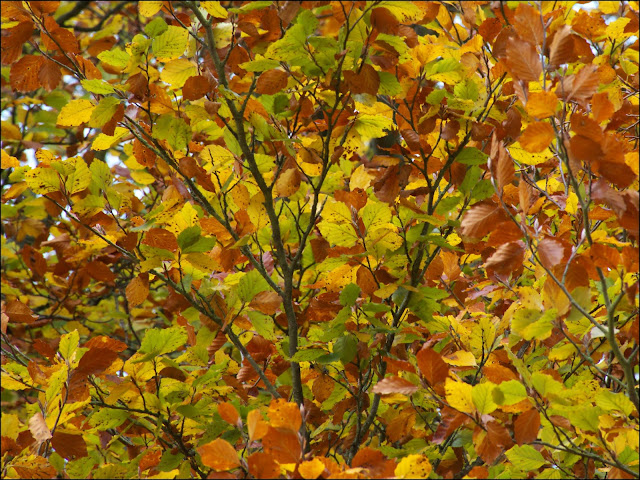 At the moment it's the beeches that are showing the best colour, though they are always indecisive trees with brown, gold and green leaves frequently sitting next to each other on the same twig. Meanwhile the birches are now almost bare and some oaks are still stubbornly green. 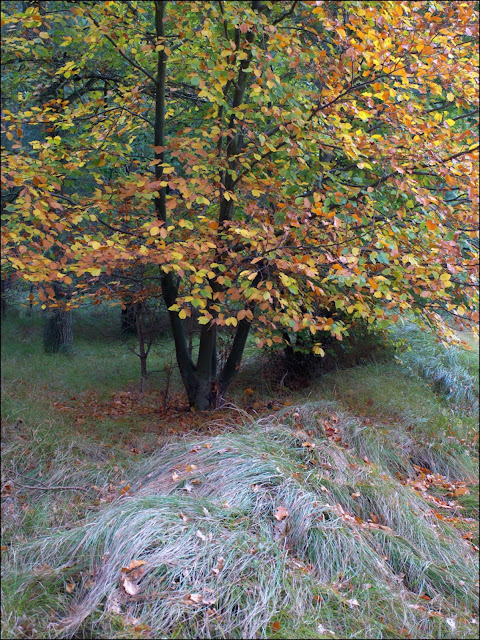 We made our way eastwards, observing the trees as we went. 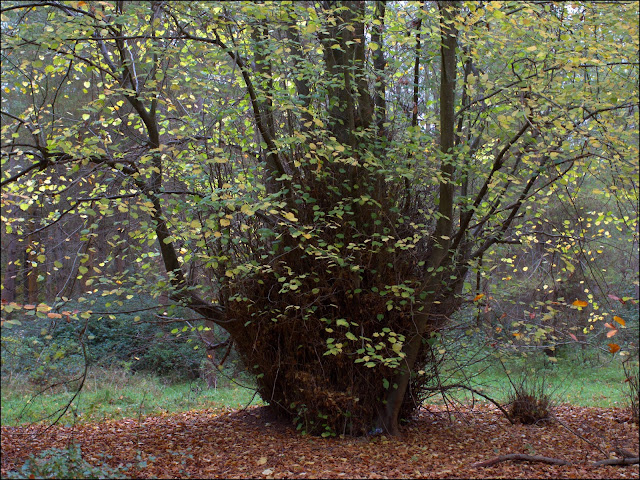 We saw a few trees like the one above, growing up through a dense thicket of suckers (saplings growing up from its own roots). While some trees, including birch and beech, often spread by sending up clones from their root system, I think I've read that when they grow up from the base in this way it's a reaction to stress - perhaps it's been browsed by deer or else it's undergone periods of drought, which could happen in an area of such sandy soils. I'd love to know. 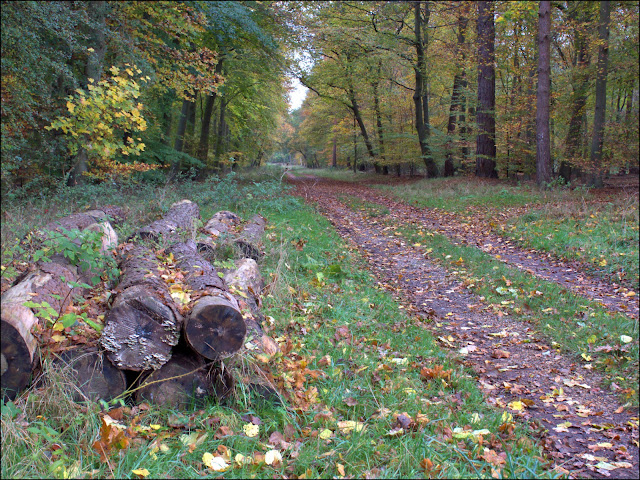 We soon reached a point where we crossed the river on a rather rickety footbridge and then returned along the south side of the valley. 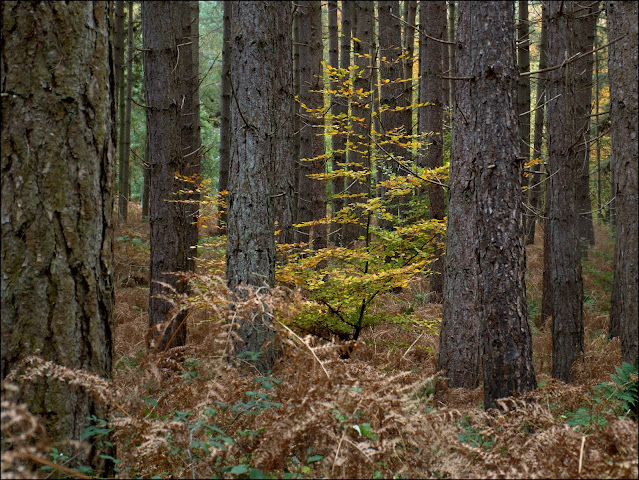 Occasionally a deciduous tree tries its luck growing amongst the conifer plantations. 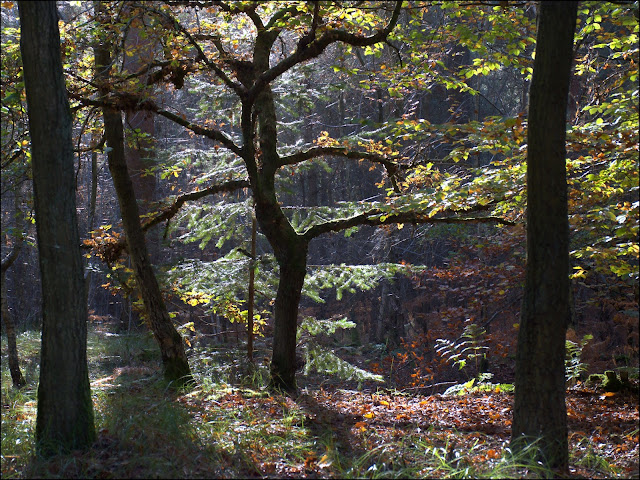 In many places the Forestry Commission tolerate or even encourage the native trees to grow around the edges of their plantations and beside the public paths. For although the forest was planted after the First World War so that the country might be self-sufficient in timber, it's now also managed for recreation and conservation. 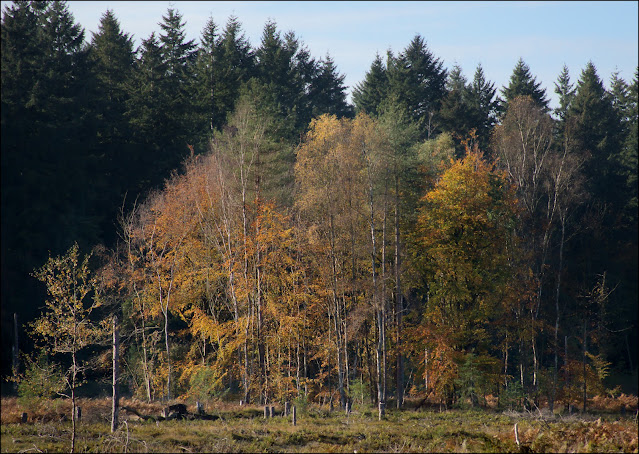 The forest is well-known to bird-watchers as it contains a number of species not seen elsewhere in East Anglia. Goshawks, Woodlarks, Crossbills, Lesser Spotted Woodpeckers and Siskins can all be found (though I've only ever seen one Goshawk in all the times I've been there - and I count myself lucky to have seen one!) and the rare Stone Curlew nests in the open spaces around the edge of the forest. 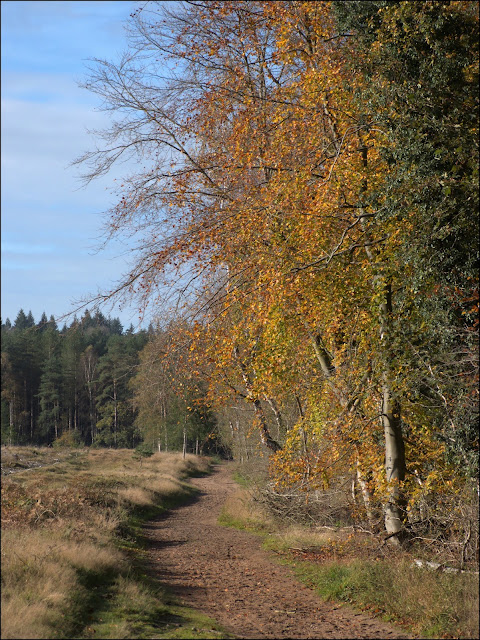 Some of the paths are so sandy that it's like walking on a beach; the land was used for forestry as it was of little agricultural value. 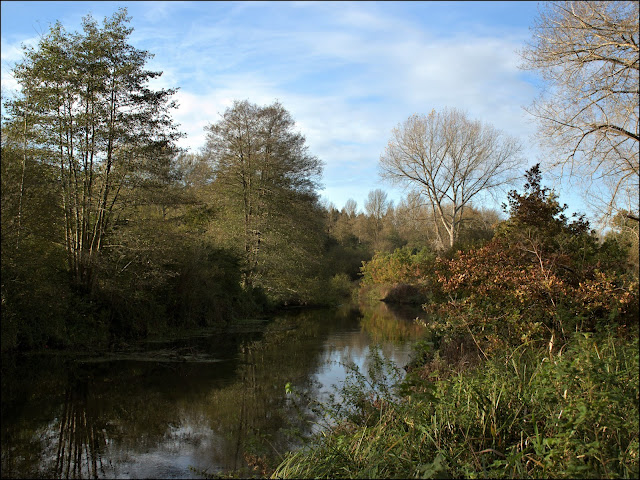 I'd better show you this Little Ouse that I keep talking about. Here it is approaching Santon Downham. The river forms the official boundary between the counties of Norfolk and Suffolk, though things are rather confused around here - Santon Downham and its church lie in Suffolk, but the village has a second church, now redundant, which stands over the river in Norfolk. 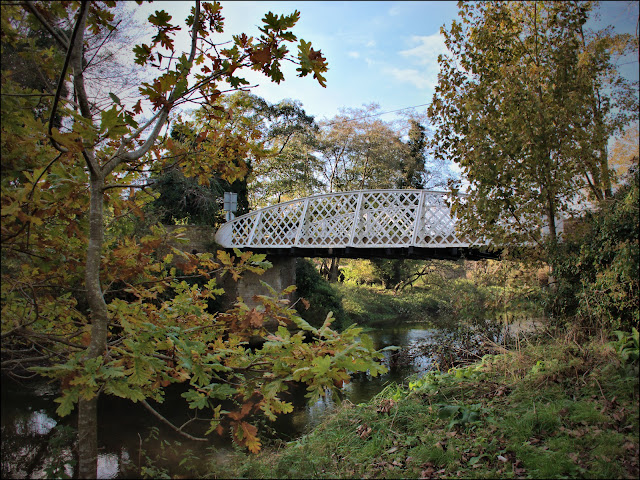 And above you see the road bridge which Santon Downham folks have to cross to get into Norfolk, and visitors also have to cross it to get to the car park, as that's in Norfolk too. 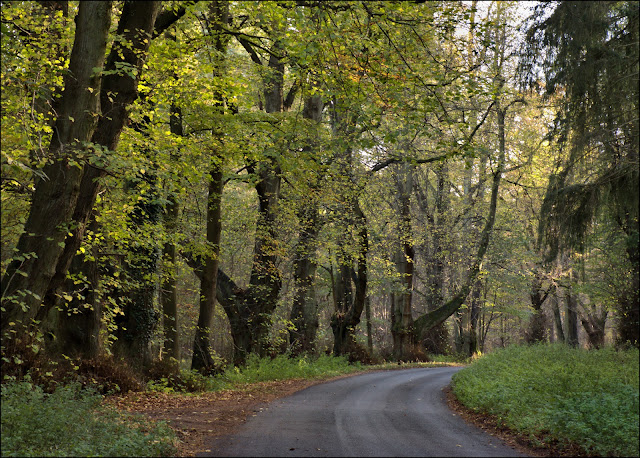 I'll finish off with a couple of pictures of Santon Downham itself. I'm always meaning to take some photos but there always seem to be parked cars or vans in the way. Today there were inconvenient dark shadows but I took a couple of shots anyway. 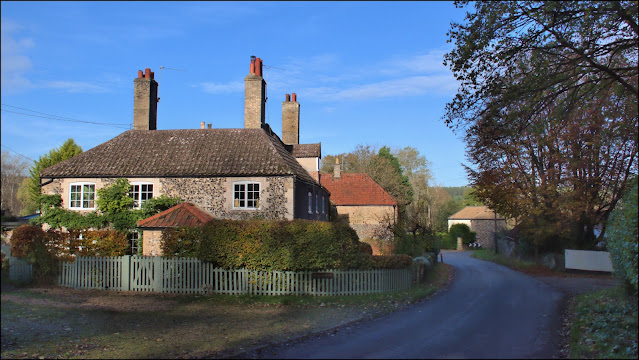 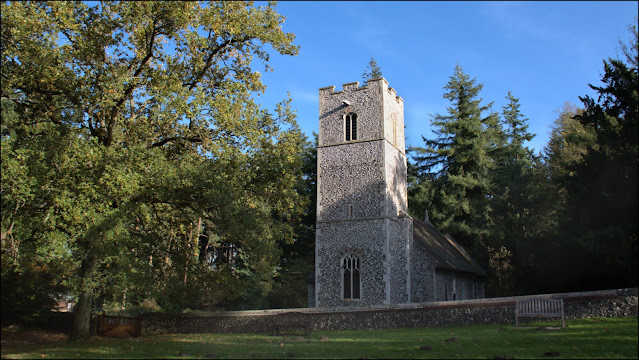 Posted by John "By Stargoose And Hanglands" at 07:02