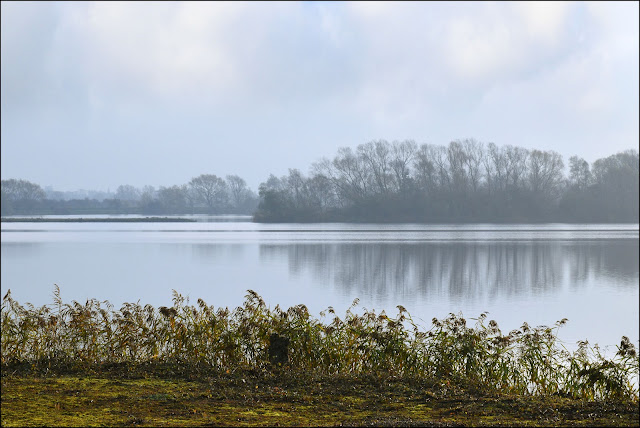 Fen Drayton Lakes RSPB reserve is just down the road from Les's house. There were more birds about than it looks in some of these pictures, though we didn't manage to see the Cattle Egrets which have been there lately. We did see a couple of Great Egrets however. 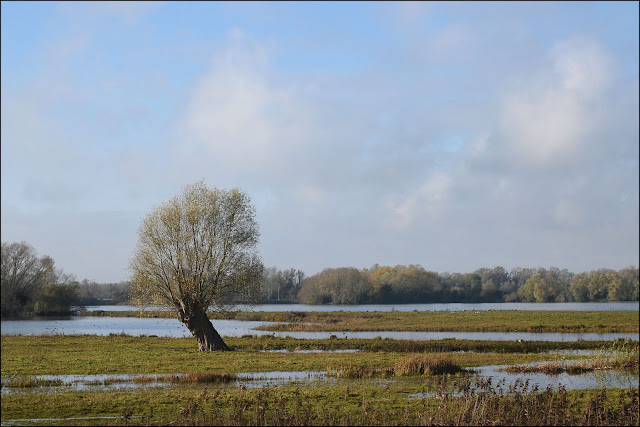 The area above is where they've created "scrapes", areas of shallow water and wet meadowland, just the thing for the huge flocks of Wigeon, neat little ducks that spend the winter here. 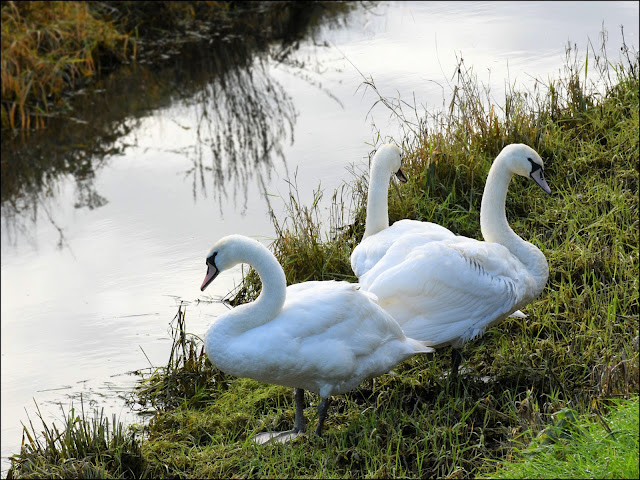 A family of Mute Swans on one of the drainage ditches. 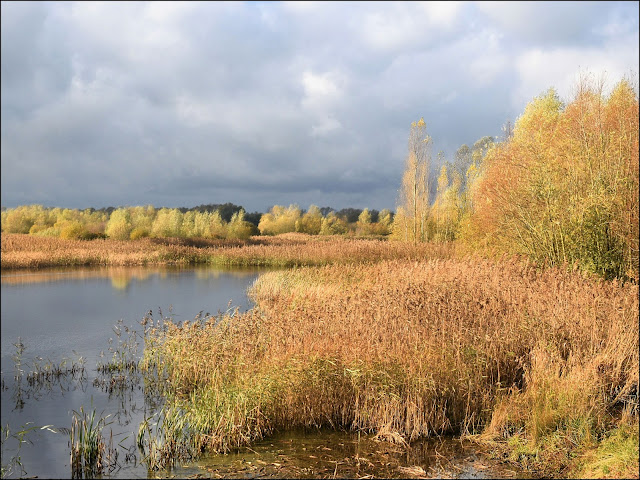 Just before we left we noticed dark clouds gathering, with the low winter sun illuminating the reeds and bushes. 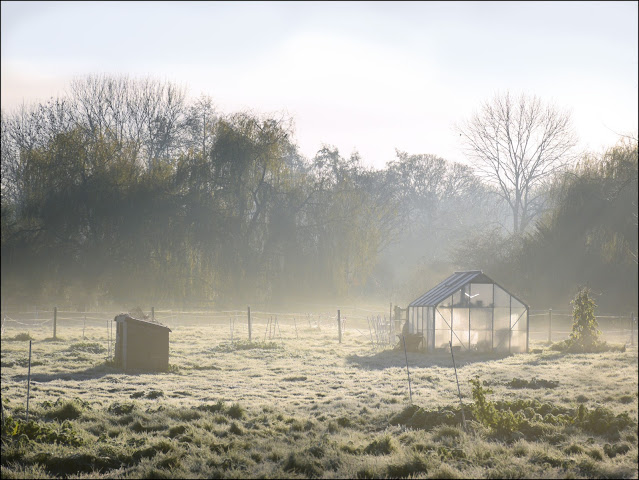 I ventured out early one morning while frost was still on the ground and the mist was clearing, transforming (I hope) a mundane scene into something more interesting. 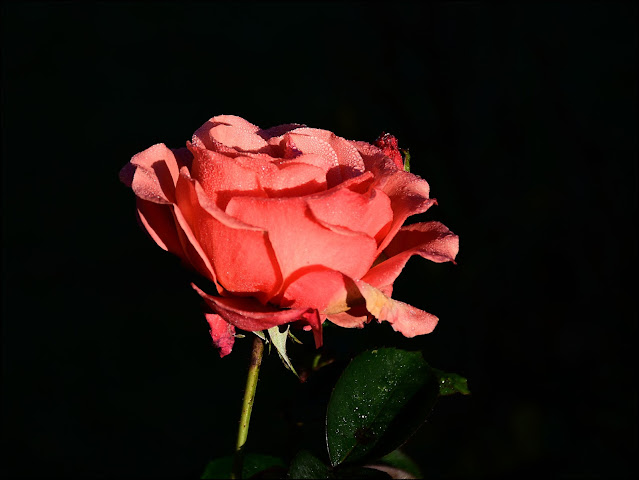 The first rays of sun were illuminating this lonely rose and had already transformed a touch of frost into tiny drops of dew. 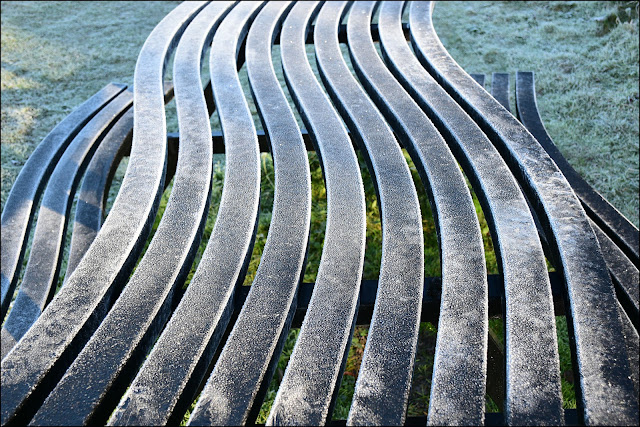 The overnight frost made me notice this stylish picnic table. 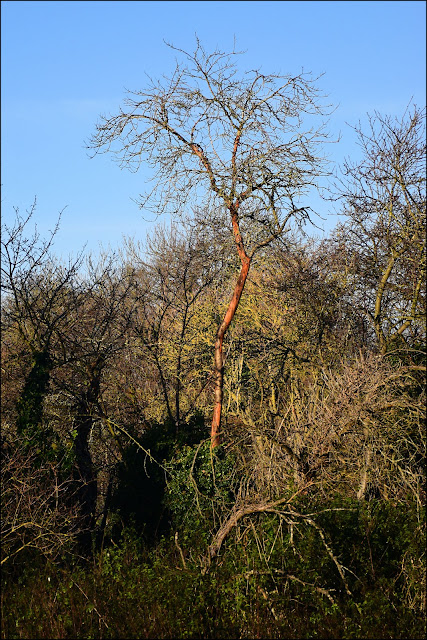 I loved the way this spindly tree seemed to be breaking free from the tangle of bushes and briars. 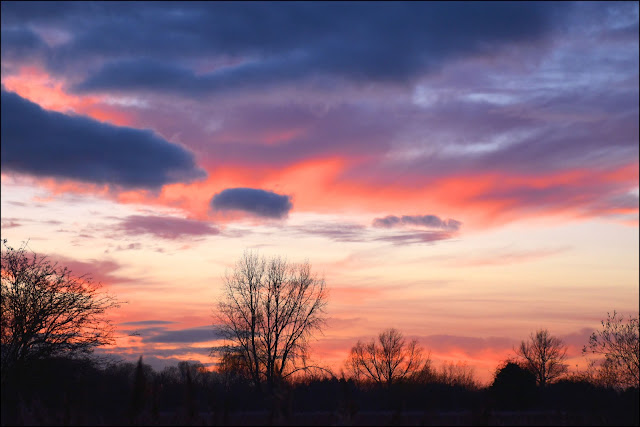 A visit to Fowlmere bird reserve yielded a spectacular sunset - but no murmuration of Starlings now. They seem to have moved on elsewhere, leaving about 30 birds to try to put on a show - and probably wonder where all their mates had gone. 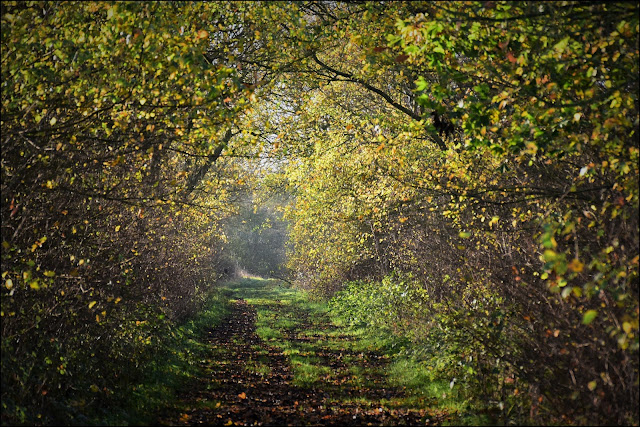 The fields surrounding Les's village are all intensively farmed and, back in the seventies were virtually all given over to growing wheat and barley, year after year after year, and maintaining output by applying huge amounts of chemical fertilizers. Don't blame the farmers though; they were doing exactly what the government and the EEC were encouraging them to do. There are a few pleasant walks, like the old Lolworth to Childerley road that you can see above. 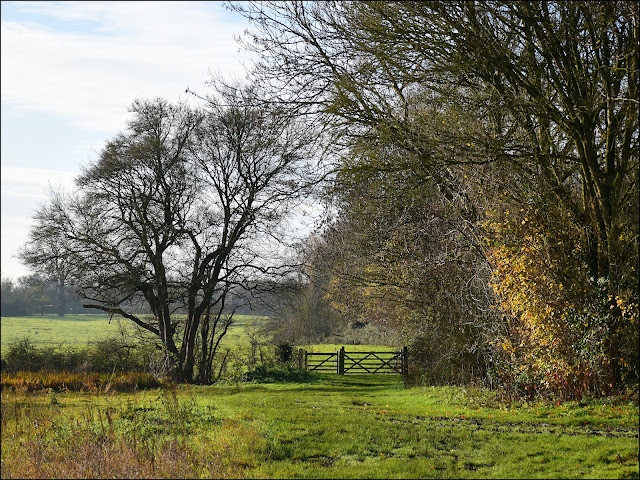 Lolworth has a population of just 150 people, while Great Childerley and Little Childerley were destroyed long ago in order to make way for a deer park by Sir John Cutts, owner of Childerley Hall. I think you can work out why the old road fell into disuse. 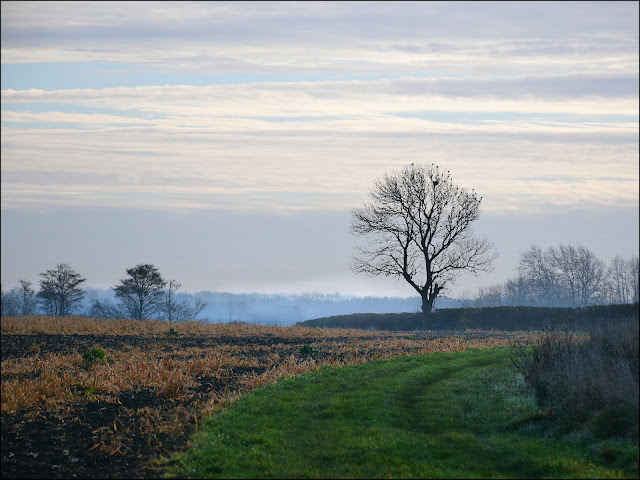 Some high cloud began to drift over as we made our way from Childerley to Dry Drayton. It's called "Dry" Drayton to distinguish it from "Fen" Drayton. 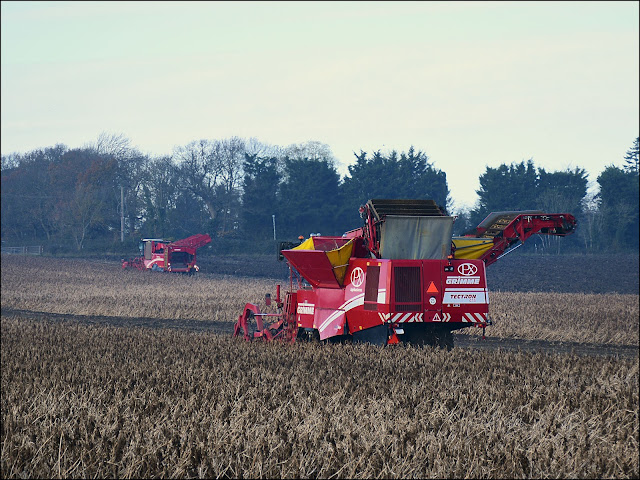 That's potatoes being harvested as we get close to Dry Drayton. And we'll pop back to that sunset we saw at Fowlmere to bring these wanderings to an end. For now.

Take care.
Posted by John "By Stargoose And Hanglands" at 13:43