Close To Home, Close-Up And The Close Of Day

Blustering Boris's latest idea is that we stay close to home to take our exercise and I've been doing my best to comply; he has enough problems without me wandering deserted footpaths further afield. I've long ago given up trying to make logical sense of it all. 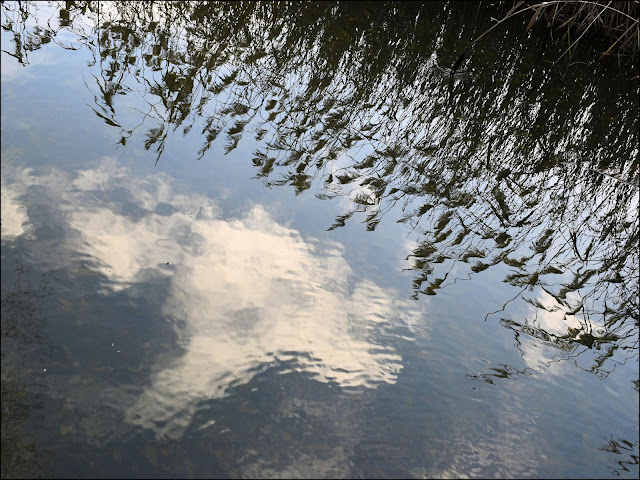 Just over three miles on the bicycle gets me to Fowlmere bird reserve, where there is a one-way system in operation around the site. I toddled around in the prescribed direction and only met four people coming the other way! 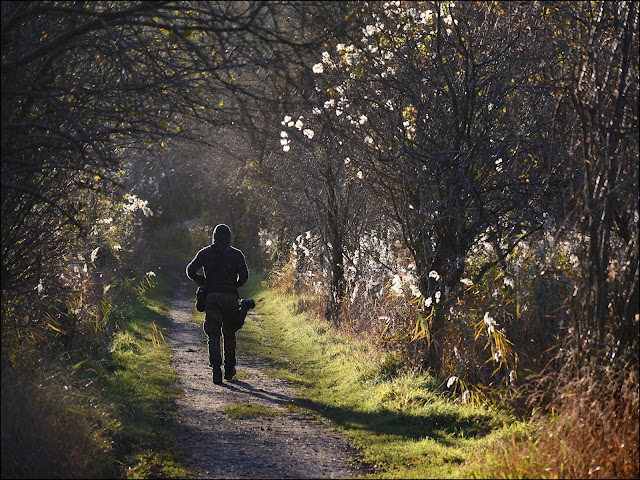 I felt inclined to take some close-up, intimate shots of the landscape and, if I saw some birds too, then so much the better. I found myself following a man who seemed to have much the same idea. 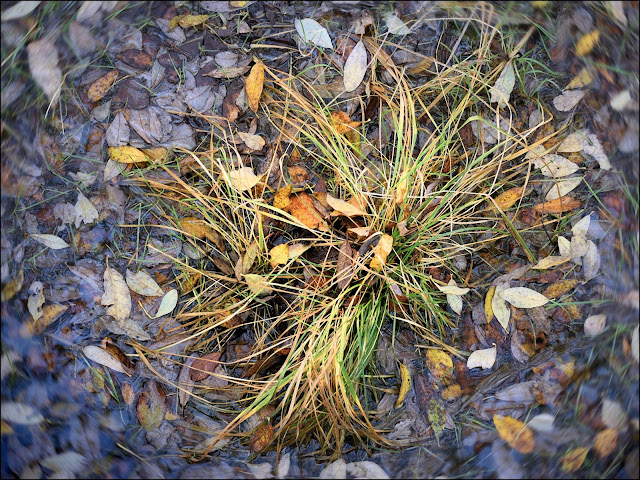 I started taking photos like this as long ago as the early 1980s, having seen a magazine article about the photographer Eliot Porter. At the time it all seemed a radical way of taking photos and I got some very strange looks in those days as I aimed my camera at mushy leaves and tufts of grass. 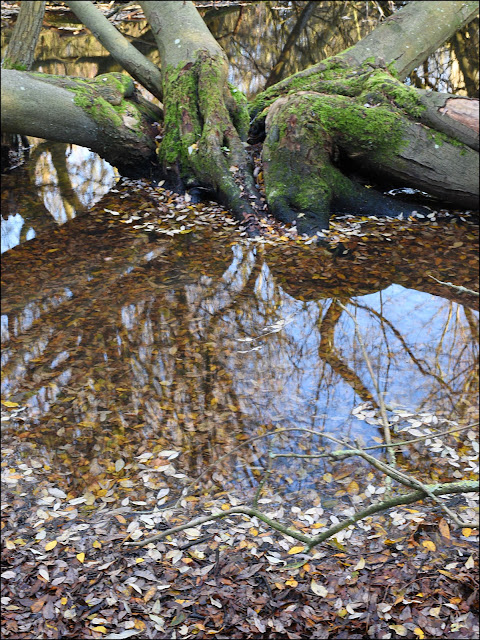 There's a reasonably dry path around the wetland, parts of it a raised boardwalk, but the mingling of land and water is never far away. At this time of year the transition zone is beautified by green mosses and golden leaves. And having walked once around the circuit, I decided to wander around again. 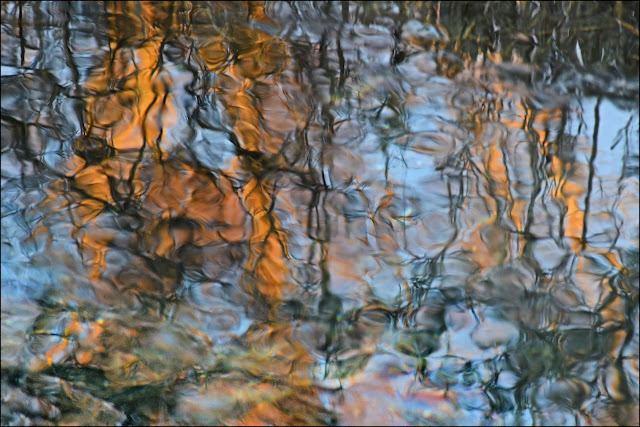 As the sun sank ever lower in the western skies the golden light began to be reflected in the tiny stream alongside the path. 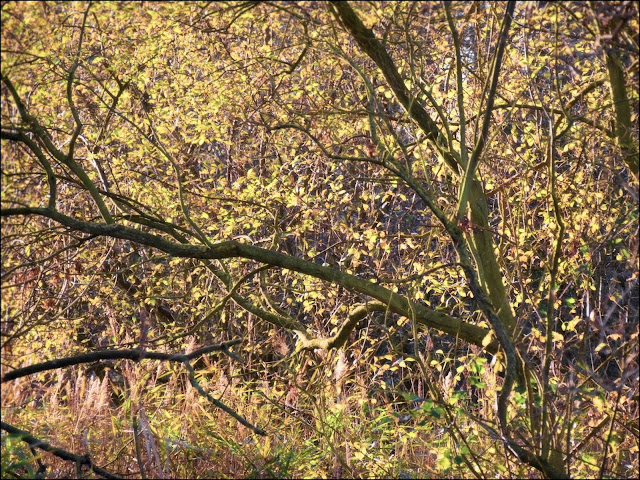 There are still odd pockets of autumn leaves which are yet to fall, and which looked splendid when lit from behind. 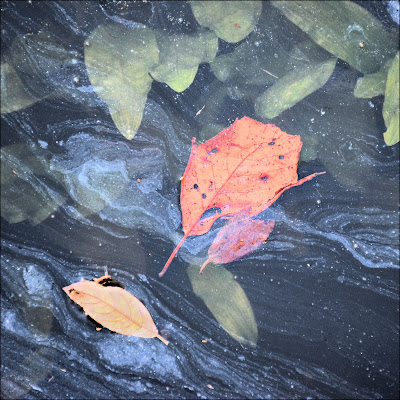 I was now nearing the end of my second lap around the little reserve and still enjoying it. Shall we go round again? 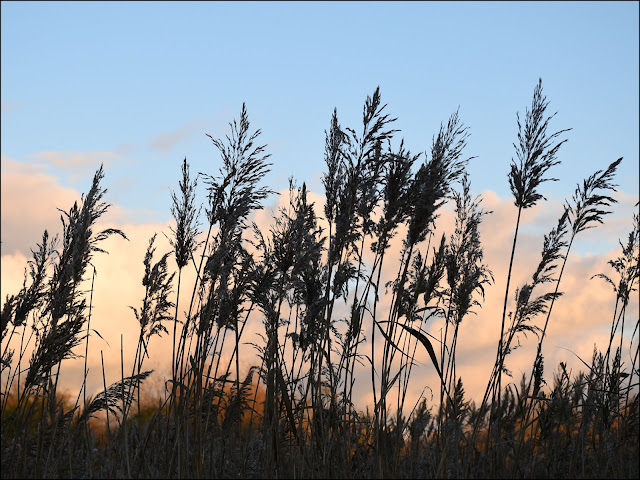 We won't get all the way round as it's starting to get dark, but at this time of year it's worth lingering a while longer. 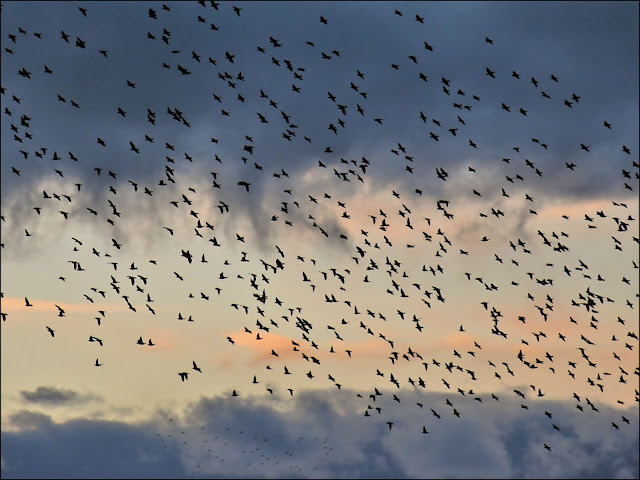 Flocks of Starlings begin to coalesce and swarm around the skies above the reedbed before roosting for the night. 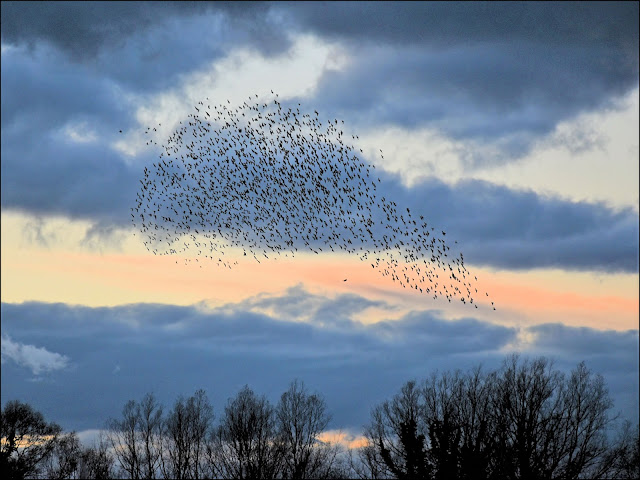 These spectacular mass gyrations of birds at the end of the day are known as "murmurations", which seems a strange word to use especially if you're ever lucky enough to be standing directly beneath as the pass overhead - the loud whoosh of the wingbeats of a thousand or more birds is hardly a "murmur". 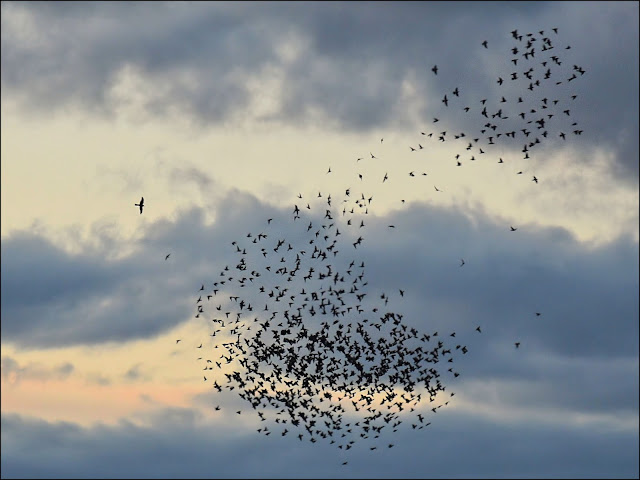 Sparrowhawks and the occasional Peregrine Falcon come to seek out any weak birds for an evening snack. The reason for the Starlings acrobatic twilight flight is probably a response to the threat from birds of prey; there is some safety in numbers. But just how great are the numbers? 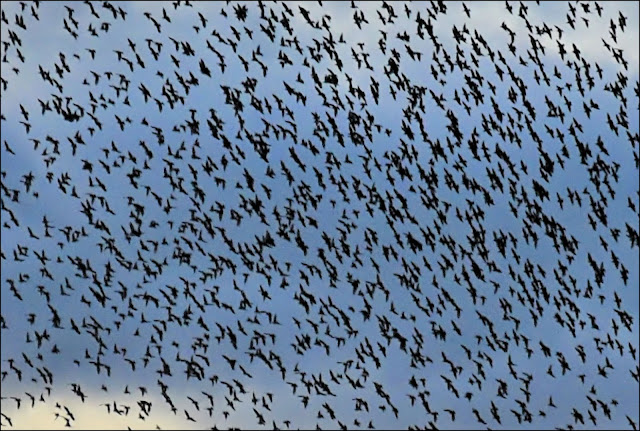 This murmuration at Fowlmere is by no means the most spectacular assemblage of Starlings in England, but even so there are probably more than 2,000 birds present. It's easy for the casual observer to underestimate the number, but if you take a photo, then count a small area of it, you'll soon get some idea. 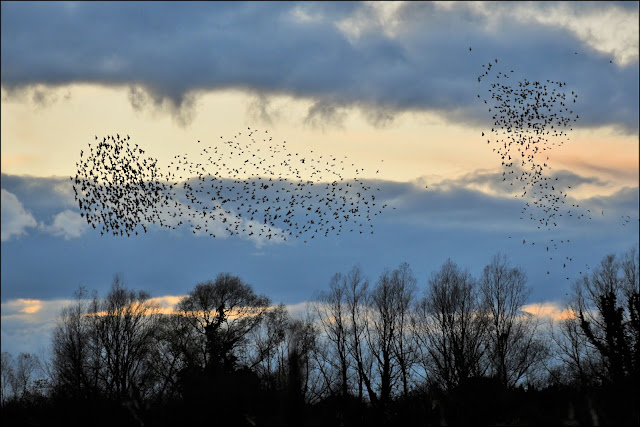 And eventually, just as darkness descends, they suddenly dive headlong into the reeds and settle down to sleep. Now where did I leave my bike?
Take care.
Posted by John "By Stargoose And Hanglands" at 10:06