It looks as though I'll be reading more books than I thought I would in the coming weeks. Here's a few I've read and enjoyed over the last year or so, some read for the first time and some revisited.

Gods Of The Morning - John Lister-Kaye 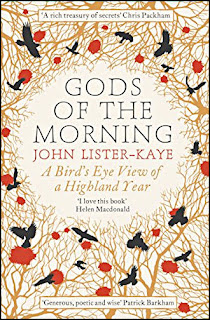 I haven't quite finished reading this myself, but I'm loving it so far. John Lister-Kaye is the owner and director of the Aigas Field Centre in Scotland and his observations are all based on that particular locality. As it says on the cover it's mostly concerned with the birds that live there at various times of year, though for the purposes of this account Pine Martens (mammals, for those not familiar with them) seem to count as honorary birds as they feature quite prominently too.

It's not a detailed, species-by-species, account, but rather the story of one man's wanderings and thoughts about nature and our relationship to it. It's all expressed in gentle poetic language which is a joy to read, bringing to life the highland landscape, it's moods and weather, as well as the natural life of the area. 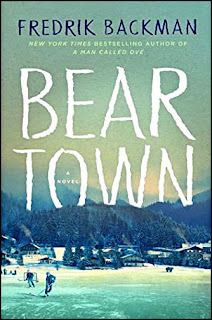 Everything you read about this book says "by the best-selling author of A Man Called Ove", but I've no idea why - this is a much better book; a real novel instead of a charming tale. Beartown is a struggling town sunk deep in the winter forests and deep in poverty and hopelessness. There's one thing that they cling to - they have an ice rink and a hockey team. Now, you may think why should you be interested in a book about hockey, but that's not what the book is about; it's about people, it's about us. All kinds of themes relevant to modern life are entwined in this saga - the cult of celebrity, the way we treat misfits and foreigners, power and privilege....it's nearly a year since I read it but it lives with me still. 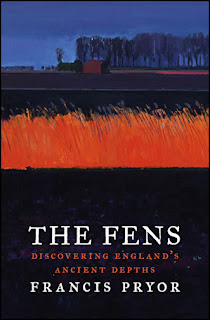 A hard one to assess this, perhaps more interesting to me than to anyone else. It is, of course, about an area just north of where I live. It's about ancient history. It's about archaeology, digging in the mud to try to understand the past. Is anyone still here?

Francis Pryor may be known to some from his frequent appearances in BBC's Time Team programmes and if this book doesn't appeal then he's written many others, including some fiction, that might be worth investigating. Pryor is an engaging writer who may take off in any number of directions at the slightest excuse. But that, as he demonstrates, is often what archaeology is about - following small discrepancies and subtle hints which send you off on unexpected tangents.

Besides being an archaeologist interested in the history of the Fens he also lives there and farms in a small way, so he knows his subject from all sides. At the heart of it the people of the past may not have been so very different from us today so his first-hand experience of the land is invaluable.

Yes, it's about archaeology, but don't be surprised you're suddenly hearing all about his Land Rover, learning about the railway line to King's Lynn, joining him in doing some Morris dancing or lending a hand as he builds his own house. 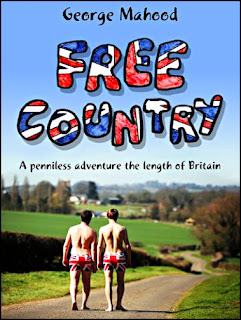 It was a simple, if rather silly, idea: get from Land's End at the south-west tip of England to John o' Groats in Scotland without spending any money. Oh, and you start off wearing just your underpants. Surely people will want to give you clothes, shoes, free food and drink, and offer you places to sleep....and, errr, a couple of bikes, please, if you've got them to spare.

Amazingly the Great British public are more than willing to help out and are rewarded by our intrepid travellers with a postcard saying "I am OFFICIALLY a VERY nice person" and having their photos taken as a sort of hall of fame, which you can see here.

Some travel books make you want to do the identical journey yourself - this is not one of them.

A Month In The Country - J L Carr 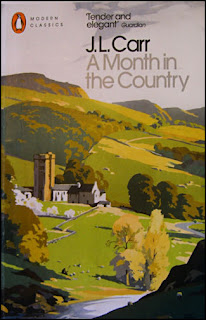 This short, beautifully written story is a classic that I often re-read. Tom Birkin returns from his experiences in the WWI trenches and a broken marriage and is offered the job of uncovering and  restoring a wall-painting in an idyllic country church. From that starting point the action (such as it is) unfolds slowly through hints and suggestion. There is always a feeling that something is being withheld by the characters, hidden away as deeply and thoroughly as the wall-painting beneath layers of whitewash.

It evokes it's period so well that when I first read it I was convinced that it must have been written around the 1930s, though it was actually published in 1980 and was nominated for the Booker Prize. If you haven't read it you certainly should. 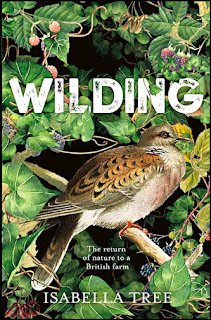 Charlie Burrell and Isabella Tree are the guardians of the Knepp Estate in West Sussex. Having attempted farming the land in the normally accepted ways - pouring more and more resources and chemicals into the land in an attempt to squeeze out more profit - Charlie makes a daring and innovative decision to return the land to something like its natural state.

There are grants available for this sort of work in Britain, but it's usually restricted to restoring small areas of woodland, constructing a beetle-bank or leaving wild margins around arable fields. Restoring 3,500 acres of land in the midst of intensively-farmed and populated countryside was on another scale altogether. This memoir charts the problems they had to overcome, the compromises they had to make and finally the triumphant return of nature to their land.

******
As it's Friday now (I started writing this post on Wednesday, but got sidetracked reading bits of the books described) we ought to have some music.

Jez Lowe is a singer-songwriter who's well-known at folk clubs and folk festivals in the UK but not perhaps elsewhere. It's a pity because he's a very skilled maker of songs about all manner of unlikely subjects such as......I'll let him tell you himself...


There you are, hope and humour in the grimmest setting; just what we need right now!