The dance of the seasons goes on. No sooner has May entered clad in her brand new gown of emerald green, than she joins the reeling throng, joyously revealing her white calico petticoats. 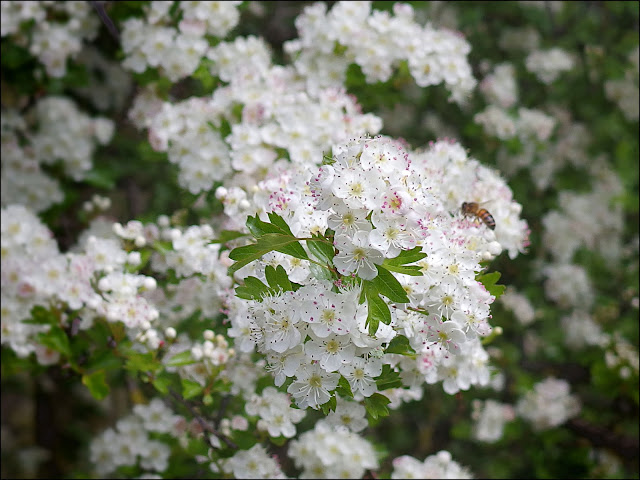 Putting it less poetically, the new green leaves are appearing everywhere and the Hawthorn bushes are bursting into white blossom across the land and will soon be looking as wonderful as the photo below, which was taken last year towards the end of the month. 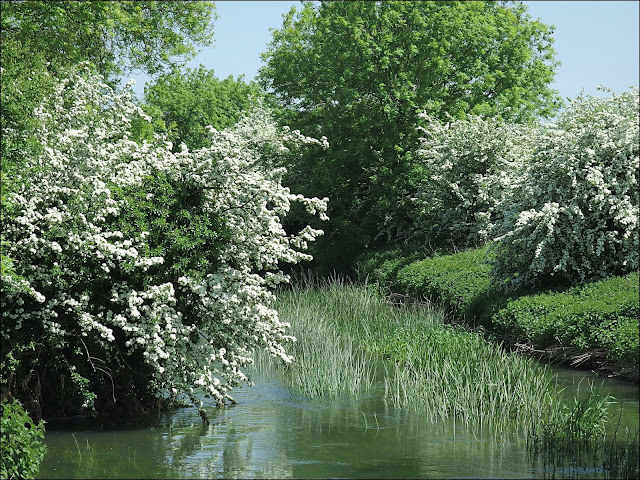 Although the May (as Hawthorn blossom is generally known) is already out, it's no time to be "casting clouts" just yet, as it's still chilly out there, unless you find a sheltered spot in the sun. 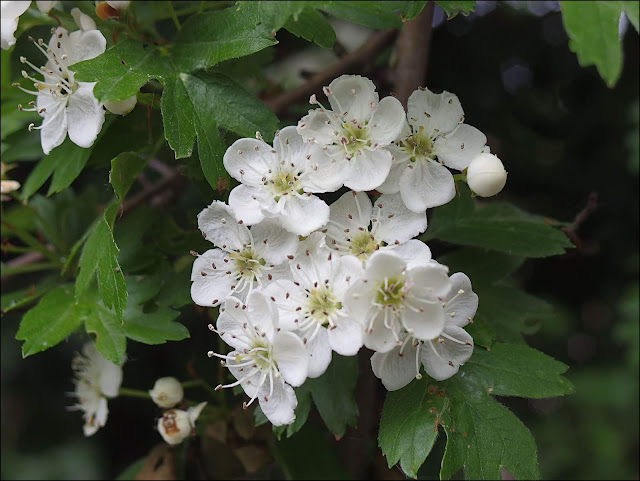 If we start investigating the folk lore associated with the humble Hawthorn bush we'll be here all day: May Day, the May Queen, Maypole dancing, Jack-in-the-Green, the Green Man, the death of mothers, Joseph of Arimathea, Britain's smallest nature reserve and even West Bromwich Albion Football Club might all have a claim on our attention! But we'll leave all that for another day for May is not alone in displaying her white finery. 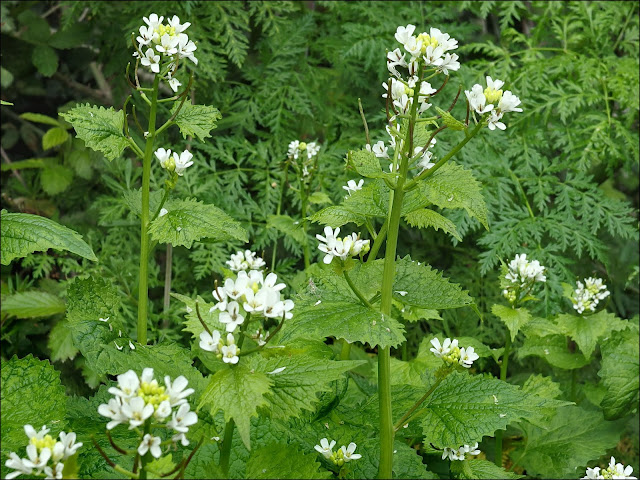 Jack has been here for a while, in the form of Jack-By-The-Hedge or Garlic Mustard, patiently waiting to join the dance. He's not as showy as May, just revealing a little white lace at the cuff and collar perhaps. His perfume is a lot less attractive too, though May has a cousin, the woodland hawthorn, who smells of putrefaction and has perhaps given rise to the superstitions about deaths in the family which have become associated with hawthorns. 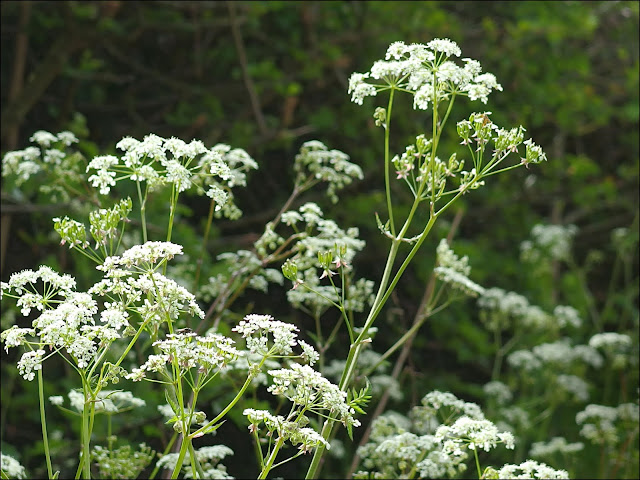 Queen Anne is here showing off her lace too - or at least she might be! This is Cow Parsley which is often given the name Queen Anne's Lace in England. In North America that name is given to the very similar Wild Carrot. 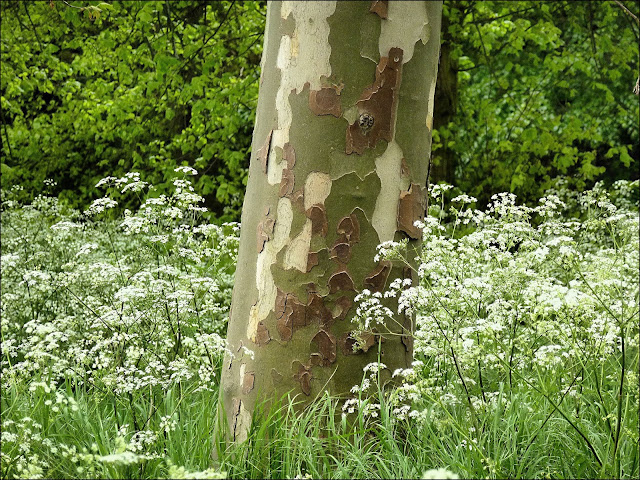 Once in full bloom Cow Parsley can be every bit as striking as the May blossom and lines many a country road in this part of the world, especially since the local council have become too impoverished to chop it all down. I hope they continue to leave it be, as it provides a home for all sorts of insects. 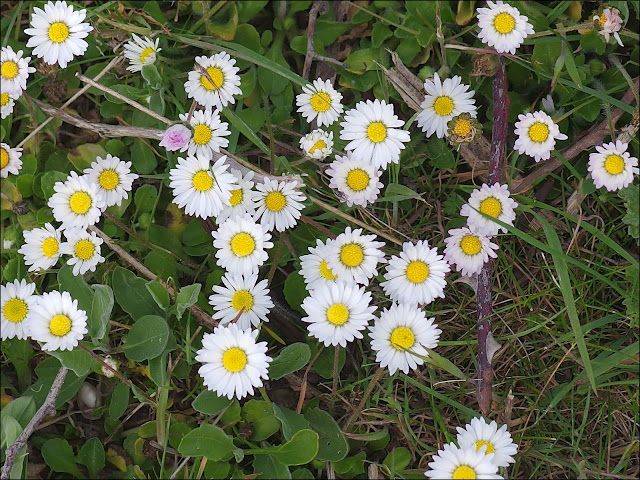 While we're here on the roadside let us also celebrate dear little gypsy Daisy. While she may not be able to outshine the Queen of May or even Queen Anne, she's here virtually all year round lending her bright smile to every corner of the scene. 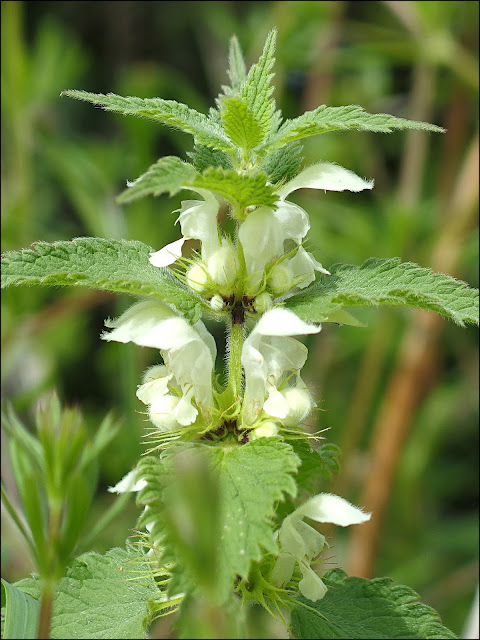 Another often overlooked beauty is the White Dead-Nettle which is also present for much of the year, though it's in the Spring, after its brief absence, that it shines forth most strongly. 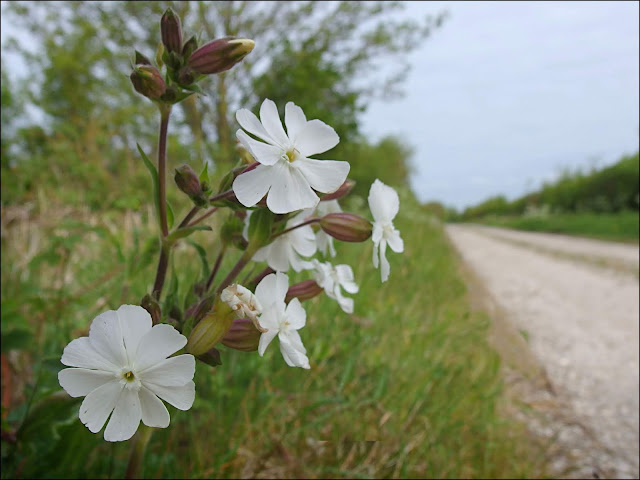 The White Campion is yet another white flower of the roadside verges. The combination of pure white and bright fresh green is the overriding theme of the tracks and hedgerows of Southern England during the next month or so. With any luck I'll be seeing a lot of it on my walks. 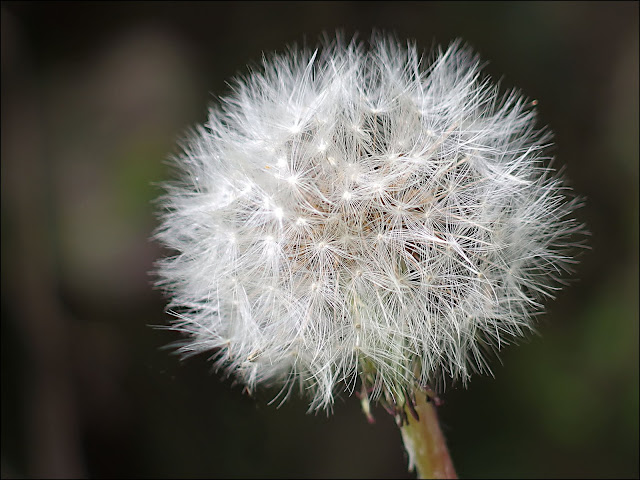 As with any country dance there are always those who arrive early and expend all their energy in the first few jigs. Poor old Dandelion has already bloomed and faded though, as I know from past experience, she has many children who will be joining the party later in the year.

Posted by John "By Stargoose And Hanglands" at 10:10