Cambridge According To Conybeare

We first heard about Rev Conybeare when I visited Barrington church back in 2012 though I already knew his name from another context. I eventually remembered that he was the author of an old history of Cambridgeshire, oft quoted as a reference by later books, though I'd never blown the dust off the dear Reverend's august tome to read his words for myself. Still haven't. Though I did recently come across his Highways and Byways of Cambridgeshire, published in 1910, and it turned out to be surprisingly readable (in parts!).

He's particularly good at coming up with interesting stories from the old days of the University. Here are some tales of varying degrees of truthfulness connected with some of the colleges we've visited on this blog. 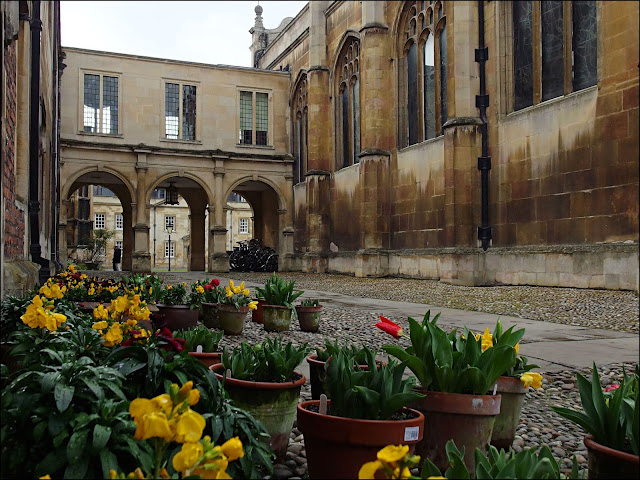 Dr Andrew Perne was Master of Peterhouse from 1554 till his death some 35 years later, a remarkable achievement in those turbulent years when Catholics and Protestants were constantly at each other's throats. Many lost their posts and people were losing their lives as a result of simply being in the wrong place at the wrong time. Dr Perne however showed amazing versatility in his convictions. So much so that the Catholic Dr Perne preached the sermon when the bodies of the Protestants, Bucer and Fagius, were dug up and burned at the stake. When the decision was reversed and the pair were "rehabilitated" just three years later, it was Dr Perne, the Protestant, in the pulpit.

Although none of this was of much concern to Bucer and Fagius, others within the University had great fun making jokes at Perne's expense. So that when he made a gift to the college of a weather-vane bearing his initials, A P, his critics said that it stood for A Papist or A Protestant, depending on which way the wind was blowing! 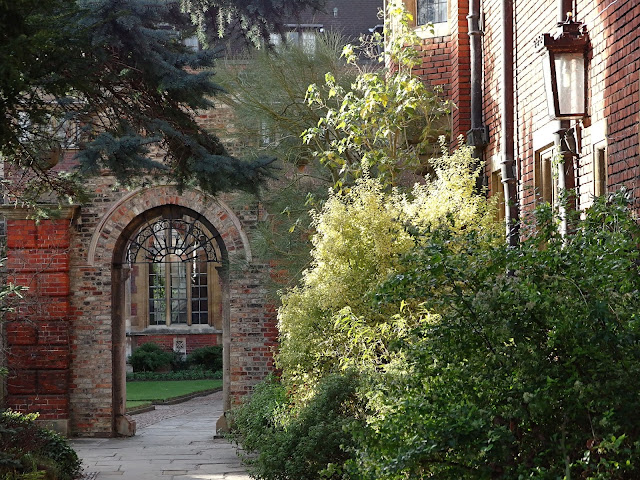 Until the nineteenth century the colleges of the University, apart from Trinity and St John's, were very small indeed. But there was then a rapid expansion with more and more subjects added. Despite this in 1858 Pembroke College had just one new student. And he soon fled to Caius College. He was, according to Rev Conybeare, "afraid of being divided into sections by the authorities, to satisfy the demands of the Mathematical, Classical, and Philosophical lecturers provided by the College".

Parker Sticks His Nose In 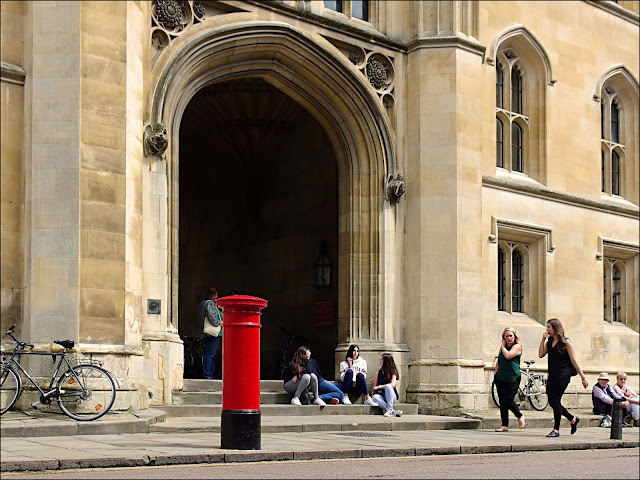 Corpus Christi College has many pleasant buildings but probably no great masterpieces of architecture. It does however have a library. The Parker Library. A library which contains priceless ancient manuscripts including the 6th-century Gospels of St Augustine and the oldest copy of the Anglo-Saxon Chronicle.

These documents, along with many others, were plundered from the nearly 900 monasteries which Henry VIII dissolved between 1536 and 1541. Henry had no use for these books and was happy to see them used as waste paper. However Matthew Parker, the first Protestant archbishop, saw them as being vital to the founding of the Anglican Church and saved them for posterity, depositing them in his old college, Corpus Christi, where they can be seen to this day.

By a cunning clause in Parker's will, if a certain number of manuscripts were to go missing while in the care of the college, then the whole library was to be transferred to Caius College and thence to Trinity Hall, should a similar loss take place. The latter two colleges have the right to inspect the library every year to check the completeness of the library and indeed these annual inspections are still carried out, though as yet no books have been found to be missing.

Although Parker had a reputation for being a meddlesome busybody, there is sadly no firm evidence that the expression Nosy Parker derives from his inquisitive character. 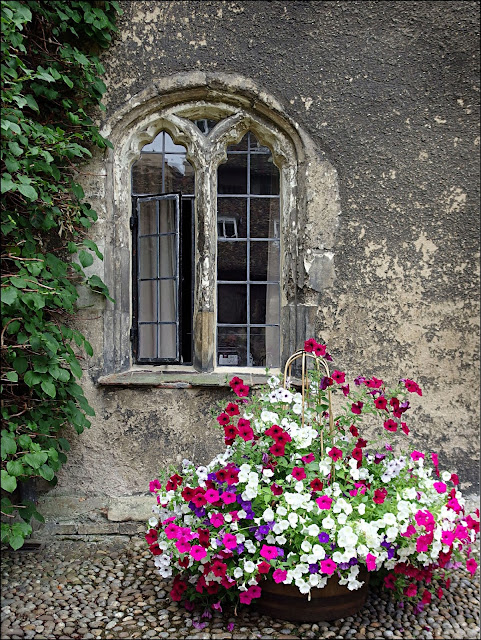 Corpus Christi also has a reputation for being haunted, a notoriety largely based on unexplained noises heard during the night. (I've lived in student accommodation so this doesn't surprise me in the slightest!)

The ghost is either
- the seventeen-year-old daughter of Dr Spenser (Master from 1667 to 1693) who died of fright having been discovered during what Rev Conybeare daintily describes as a "clandestine interview" with her undergraduate lover....
- or it may be the lover himself who accidentally became locked in a cupboard while trying to hide....
- or else a student from King's who, not wanting to haunt his own college, had the foresight to come over to Corpus Christi before doing away with himself.

The Early Days Of Student Protest 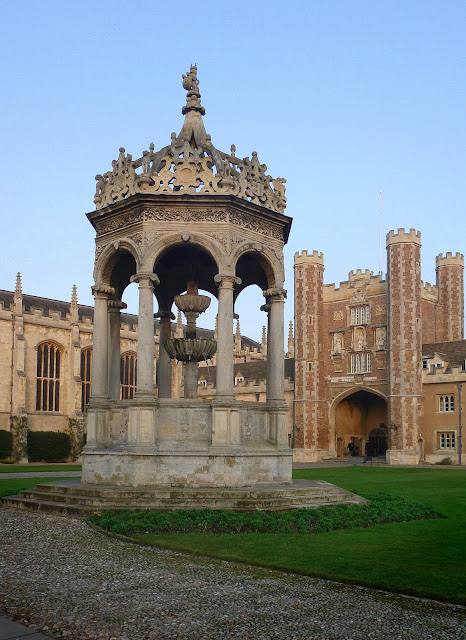 Trinity College has a splendid chapel, but you can have too much of a good thing. And when the Senior Fellows decreed in 1838 that all undergraduates must attend Chapel twice on Sundays and at least once on every other day of the week it was enough to spark a small rebellion. The method chosen was simple but effective.

The Society for Prevention of Cruelty to Students was formed and this secret body published league tables showing the Chapel attendance records of the Senior Fellows themselves. To their shame many were shown to be but irregular worshippers! At the end of the term the Society cheekily presented a Bible as a prize to Dr Perry, the Fellow with the best attendance. He went on to become the Bishop of Melbourne and cherished his prize for the rest of his days.

The members of the Society were eventually identified, but escaped punishment by agreeing to cease the publication of their lists.

Posted by John "By Stargoose And Hanglands" at 14:00