We Need To Talk About Morris

Those of you who read my last, now rather distant, post about Thriplow's Daffodil Weekend, may have noticed that there were Morris dancers in attendance, doing their ancient and idiosyncratic thing. But just how ancient and how unique? 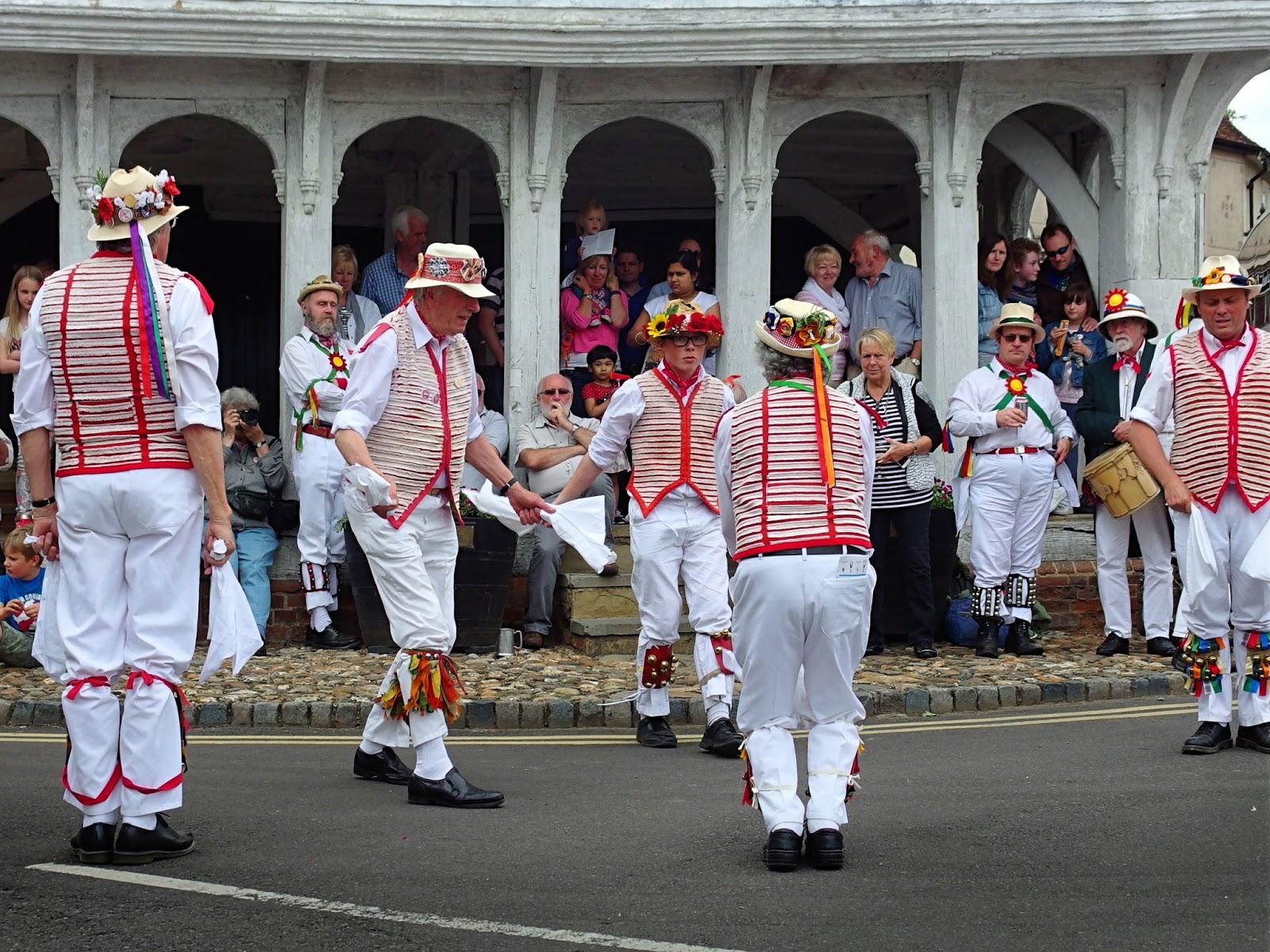 The dance is first mentioned in the mid-15th century, though with several rather random spellings. It's been suggested, probably correctly, that the name derives from Moorish Dance and, in this context, it would have meant that the dance appeared foreign and strange rather than having any real connection to the Medieval Muslims of al-Andalus. 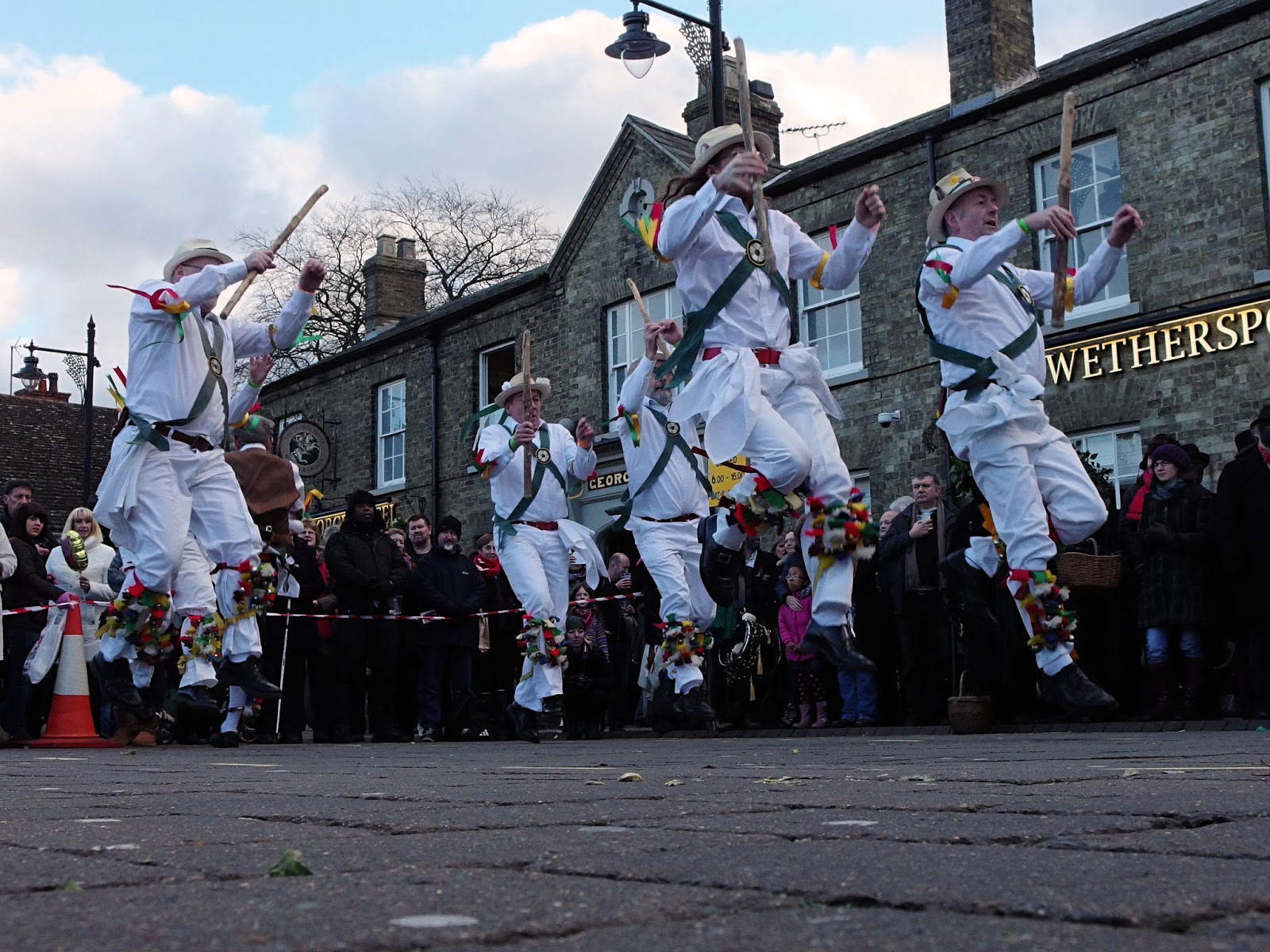 The earliest references seem to point to a dance which was performed in royal courts rather than in a more rustic setting. However by Shakespeare's time it was considered a country pastime. Here is the big problem in tracing the origins of any ancient dance: they not only moved between the various courts of Europe, so that sometimes French dancing was fashionable and at other times Italian or even English dance was the latest thing; but also they spread from the courts to less formal, rural settings throughout the land. Add to that fact that everyone adapted the dance to suit their own ideas and you can see it's starting to get complicated. But what did the wealthy and trendy do when their dances started to get jaded? That's right, they looked back to country dances for the necessary injection of freshness and vigour. 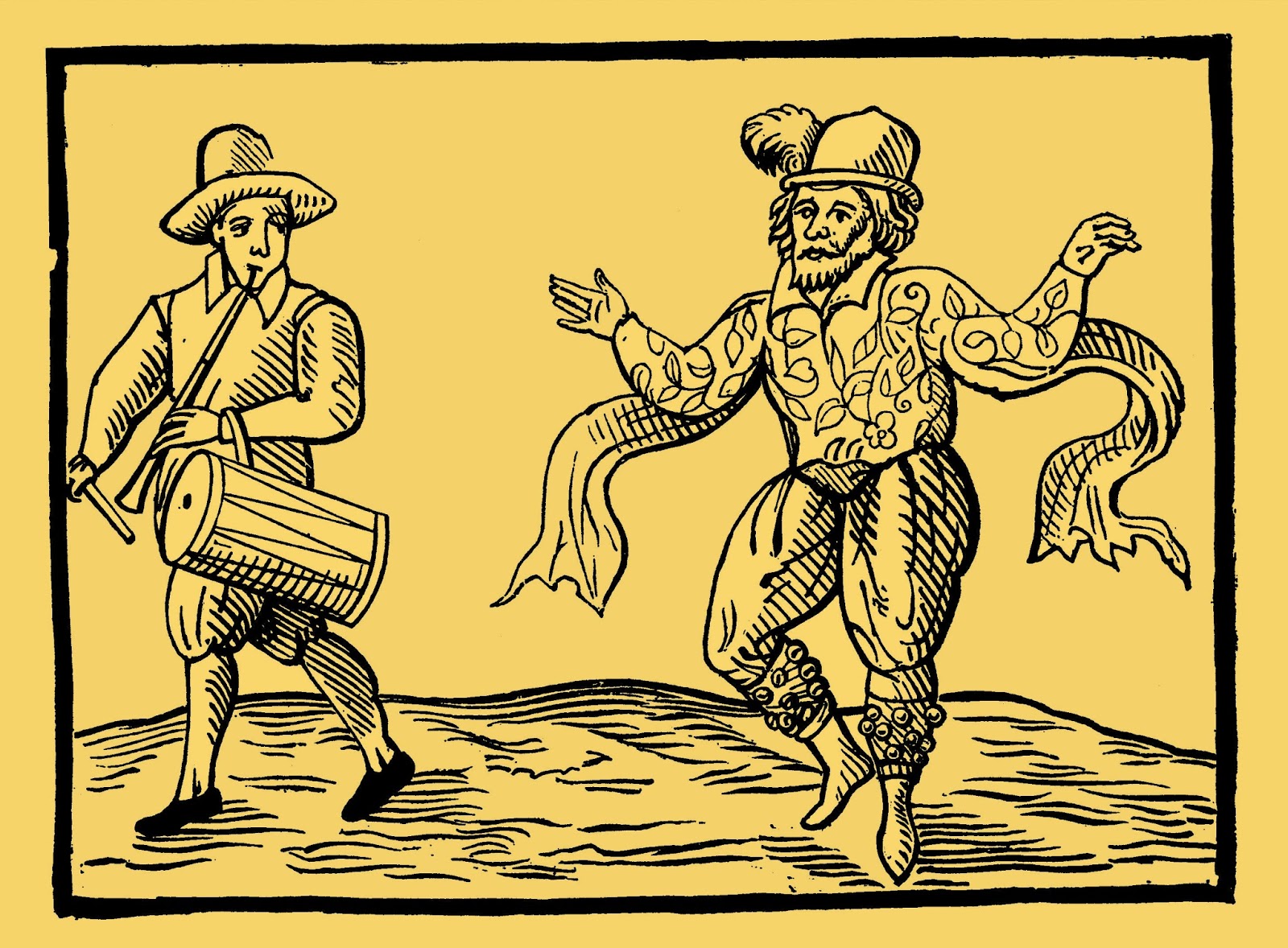 In 1600 it was recorded that the actor and morris dancer, Will Kempe, danced the 120 miles (190 Km) from London to Norwich. Whether this was for a bet or simply out of sheer exuberance is not clear, but he achieved the feat in nine days. In order that people would believe his story he published a leaflet about it entitled "Nine Daies Wonder". So if you've ever wondered about the origin of the phrase "a nine days' wonder" then you now have the answer to your puzzle. 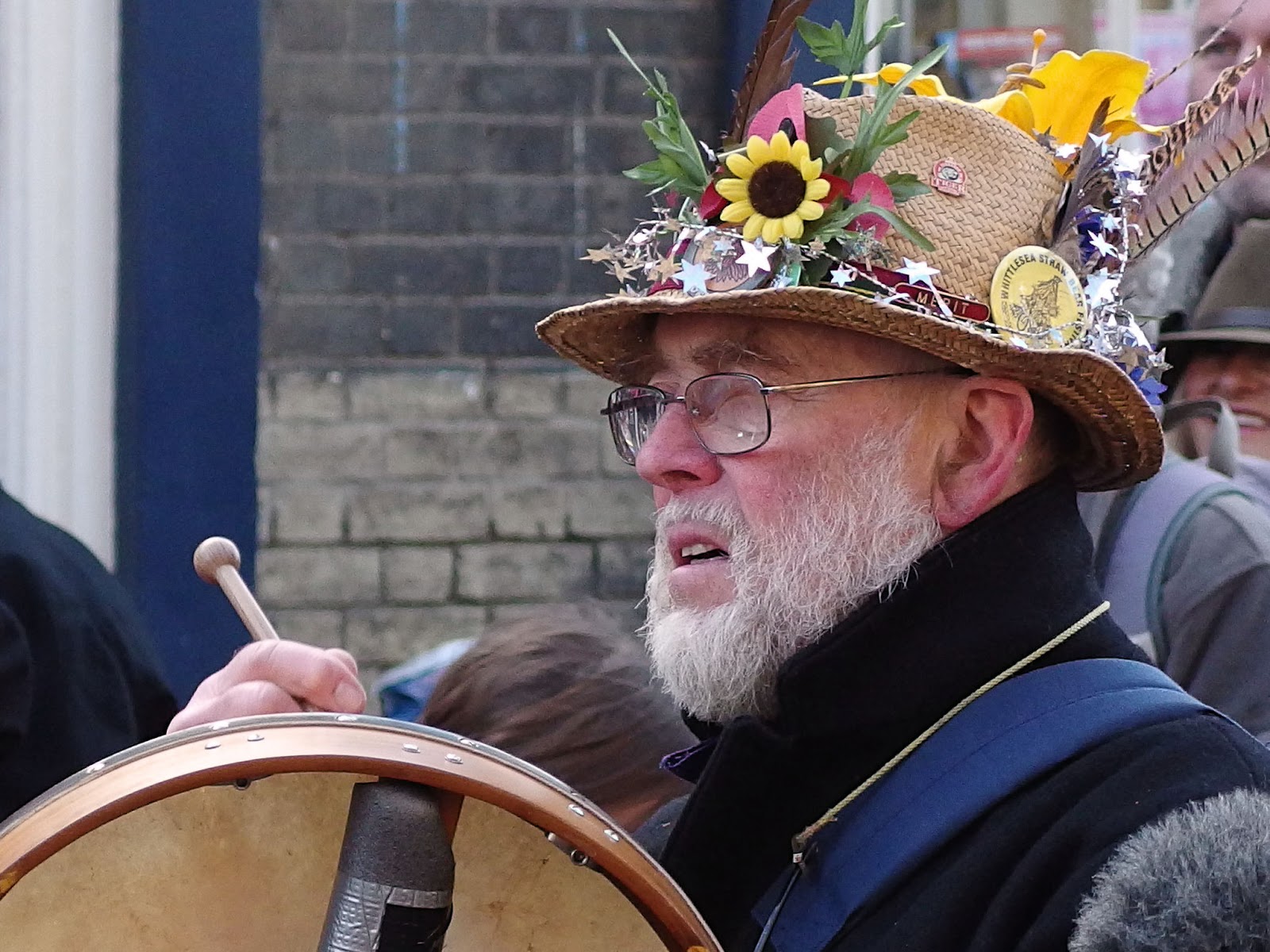 The Puritans didn't like Morris Dancing, of course - did they like anything? - and sought to ban it. But it was the upheavals of the Agricultural and Industrial Revolutions that led to its gradual demise over most of the land. It survived in a few isolated pockets where, often as not, it was preserved by just one or two families who passed the tradition down through the generations.


In 1899 a man called Cecil Sharp happened to be staying at his mother-in-law's house in the Cotswolds for Christmas. On December 26th he looked out from the window onto the snow-covered driveway when a curious procession presented itself. Several men dressed all in white and adorned with ribbons and bells lined up outside the house and danced, with much leaping in the air, to some sprightly but strange concertina music.


Sharp was amazed and dashed out to question the musician, whose name was William Kimber, a local bricklayer. This inspired Sharp to get on his bicycle and travel the byways of England collecting tunes, dances and songs. He even ventured as far as The Appalachian Mountains where he encountered versions of those same songs which had crossed the Atlantic with the early settlers. 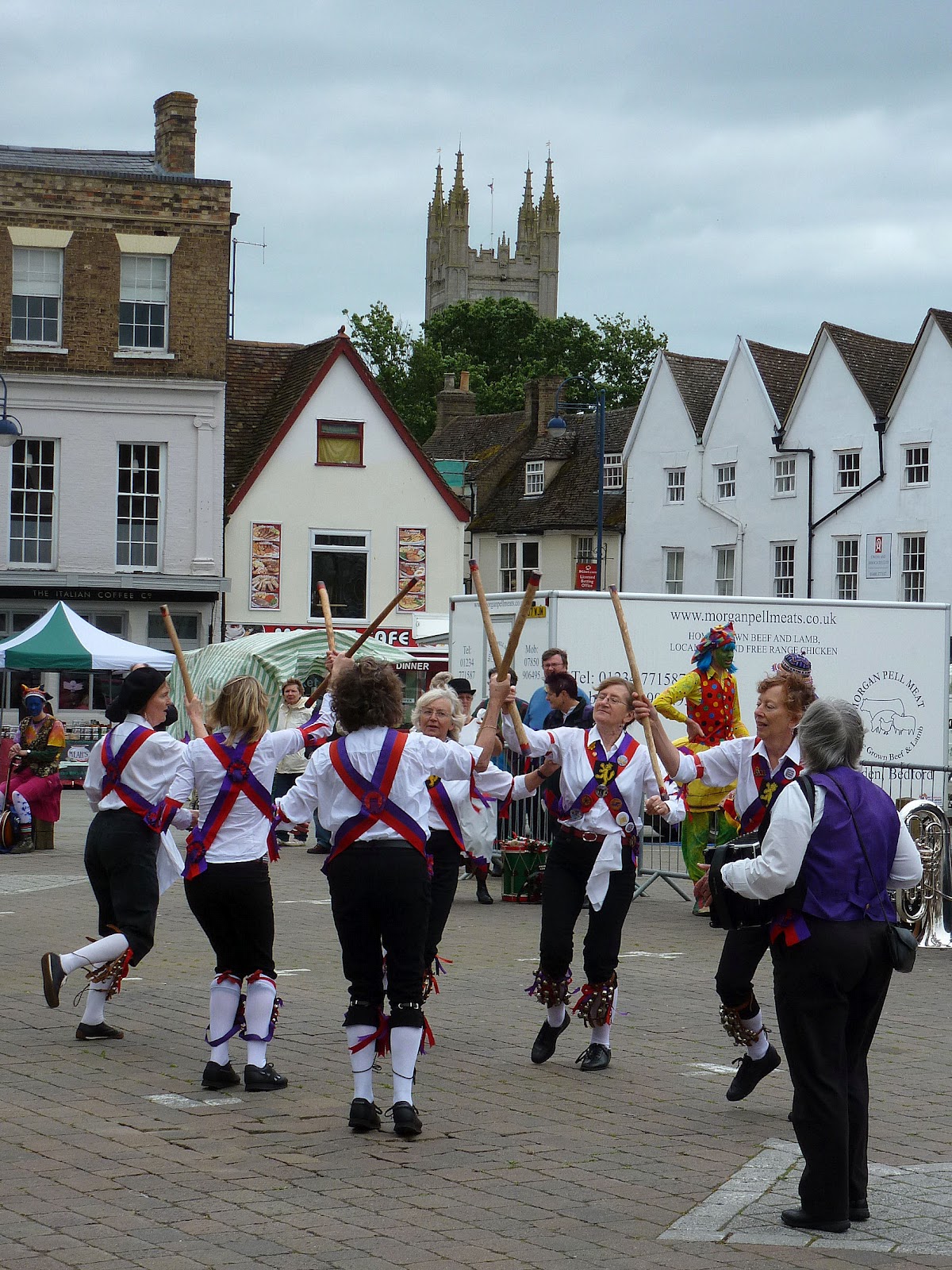 Kimber often accompanied Sharp on his talks and lectures around England, demonstrating the tunes and dances. They hoped to find a new generation to take up Morris Dancing - and they did, but perhaps not in the way they had envisaged. 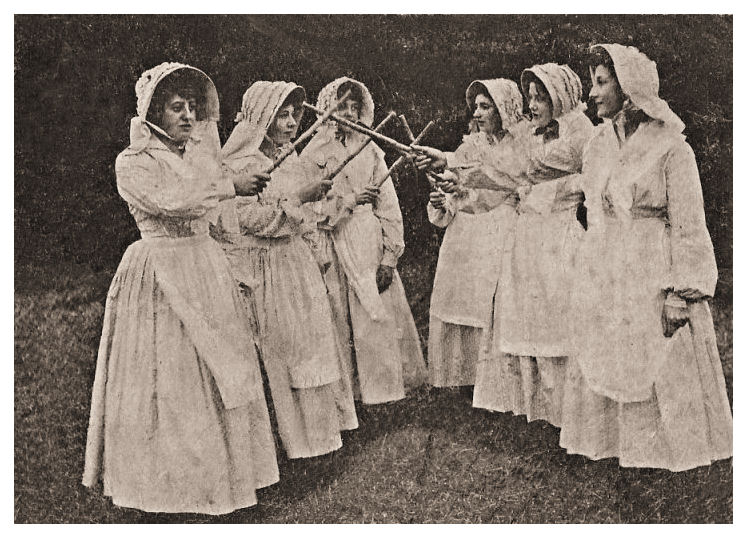 In Marylebone in London a young woman from a wealthy family was working as a voluntary social worker with girls from the poorest backgrounds. Her name was Mary Neal and she set up the Esperance Club and was passionate to find something of beauty for her girls to do. And so it was that Morris Dancing, which had always been danced exclusively by men, and men from villages at that, came to be spread through the country by young girls from London. 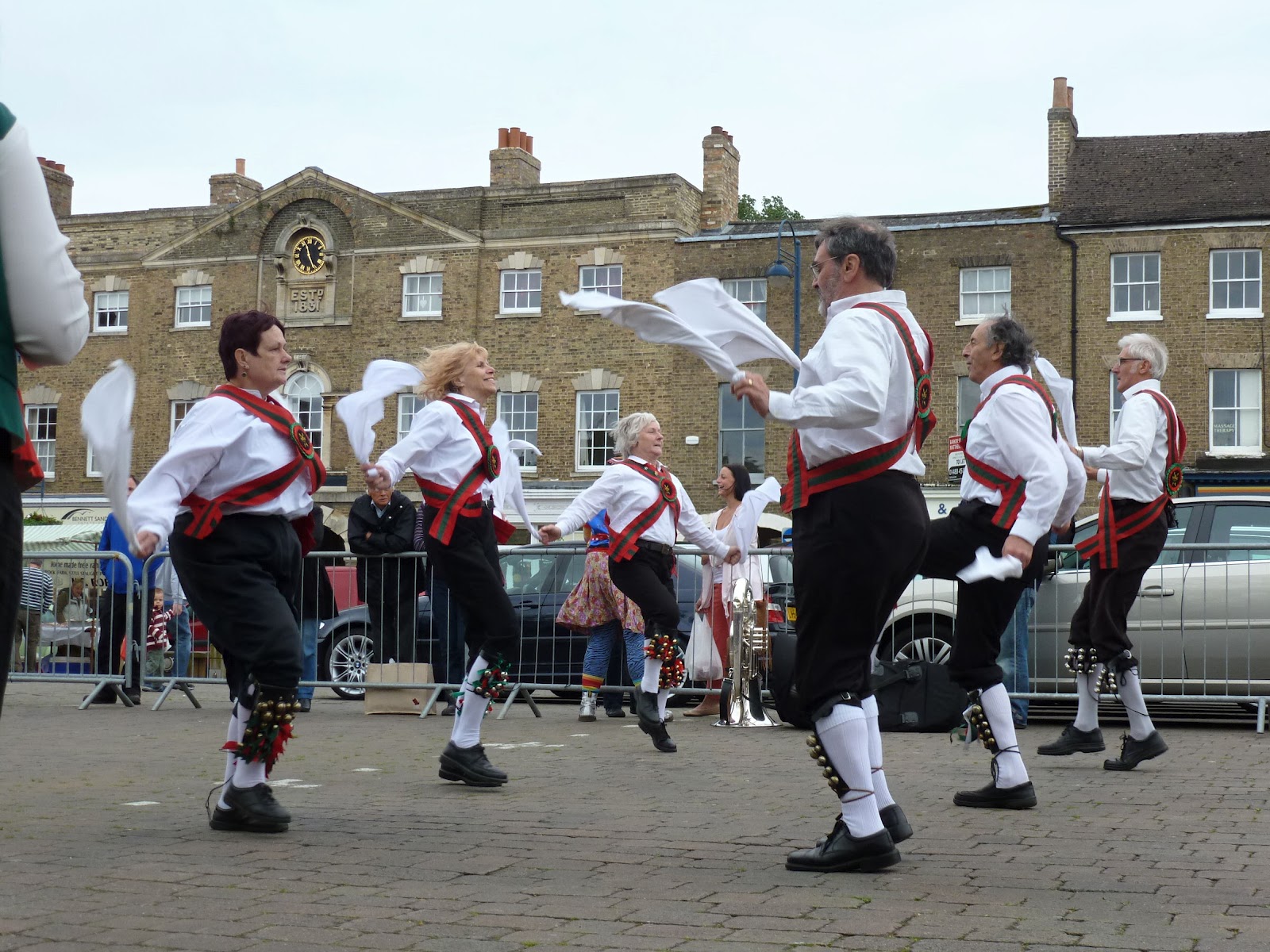 Despite this, when the Morris Ring was formed, it stipulated that it should be done by men only. They came mainly from the middle classes and, in the south of England at least, concentrated almost exclusively on the Cotswold dances which had first attracted the attention of Cecil Sharp. 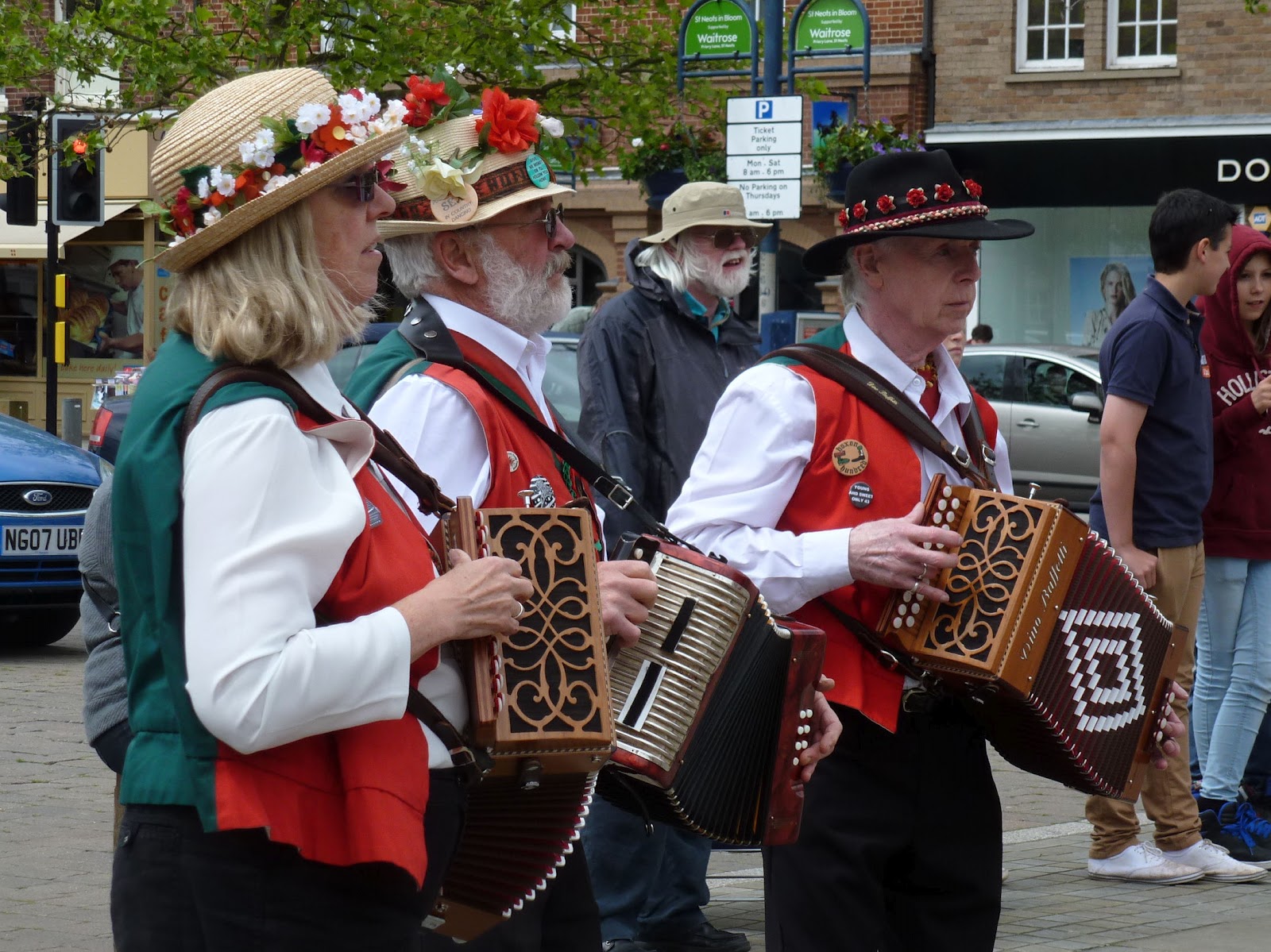 The tradition got a boost from the folk revival which took place in the fifties and sixties, though it took a long while to evolve from skiffle to songwriters to traditional song to folk rock, with many twists and turns along the way, until it eventually began to have much of an effect on traditional dance. Nowadays you'll find many female dancers and musicians amongst the ranks of many morris sides, none of whom will be at all shy about mentioning Mary Neal and her pivotal role in reviving the tradition! 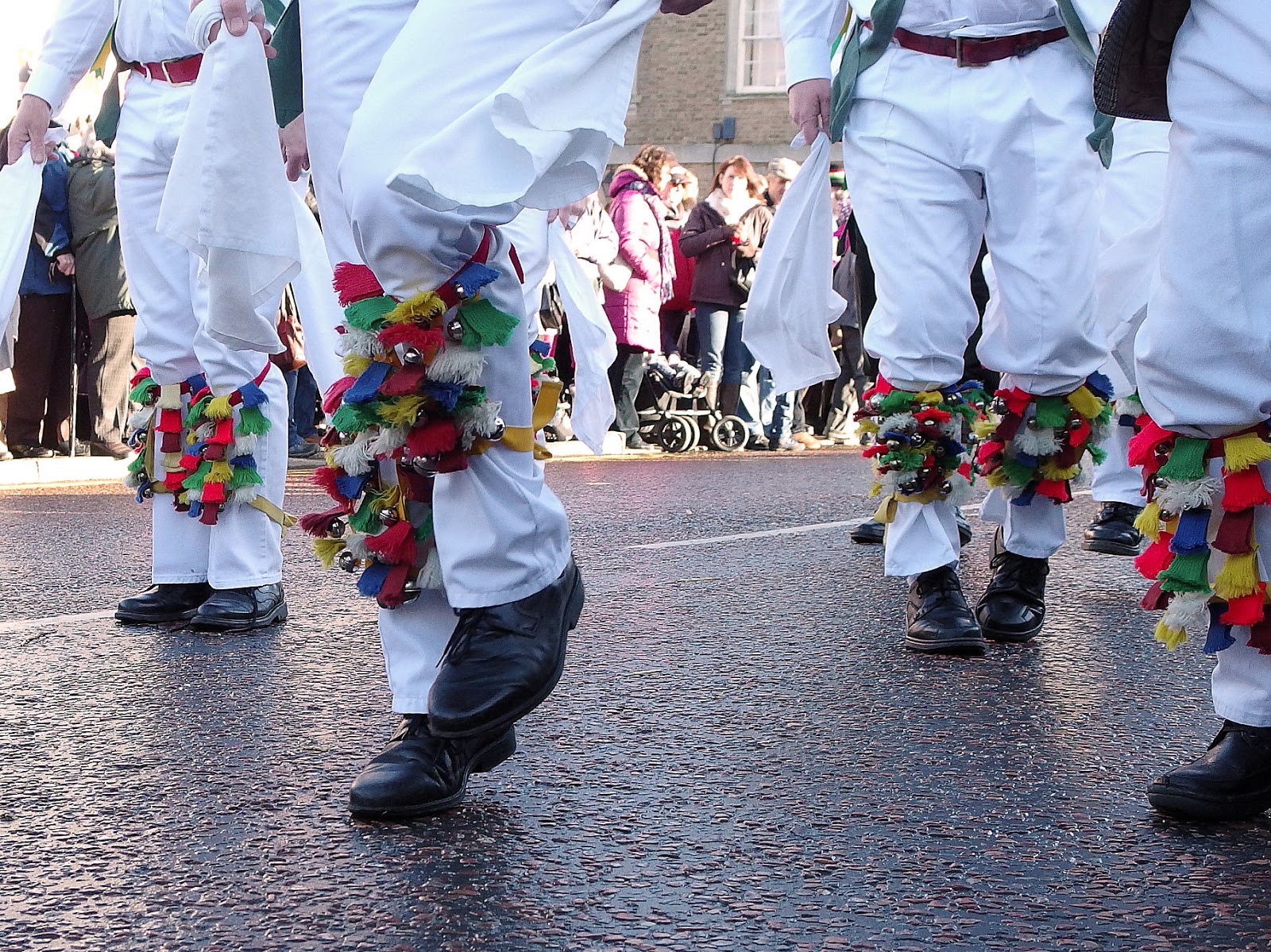 There is now great variety within the broad church of English folk dance with many colourful and entertaining sides, some of which I've shown you in "By Stargoose And Hanglands". If you've missed them you can find them by clicking where it says "YouTube Videos" at the top of the page.
And here's another such video for you:
The Devil's Dyke Morris men dancing at Thriplow Daffodil Weekend recently.