On Sunday morning I was poking about taking photos in the vicinity of our parish church when a woman unexpectedly approached me. I feared that she was going to ask me if I was going to attend the morning service (which I was not), but instead she enquired if I was taking photographs (which I admitted I was).

"Wonderful", she said, "and will you be visiting the Open Gardens this afternoon?".  I said that I hoped to. At this the good lady invited me to take some pictures for her to include on the village website - "just one of each garden". And that's how I became the "official photographer" for the day.

So here's what I came up with: 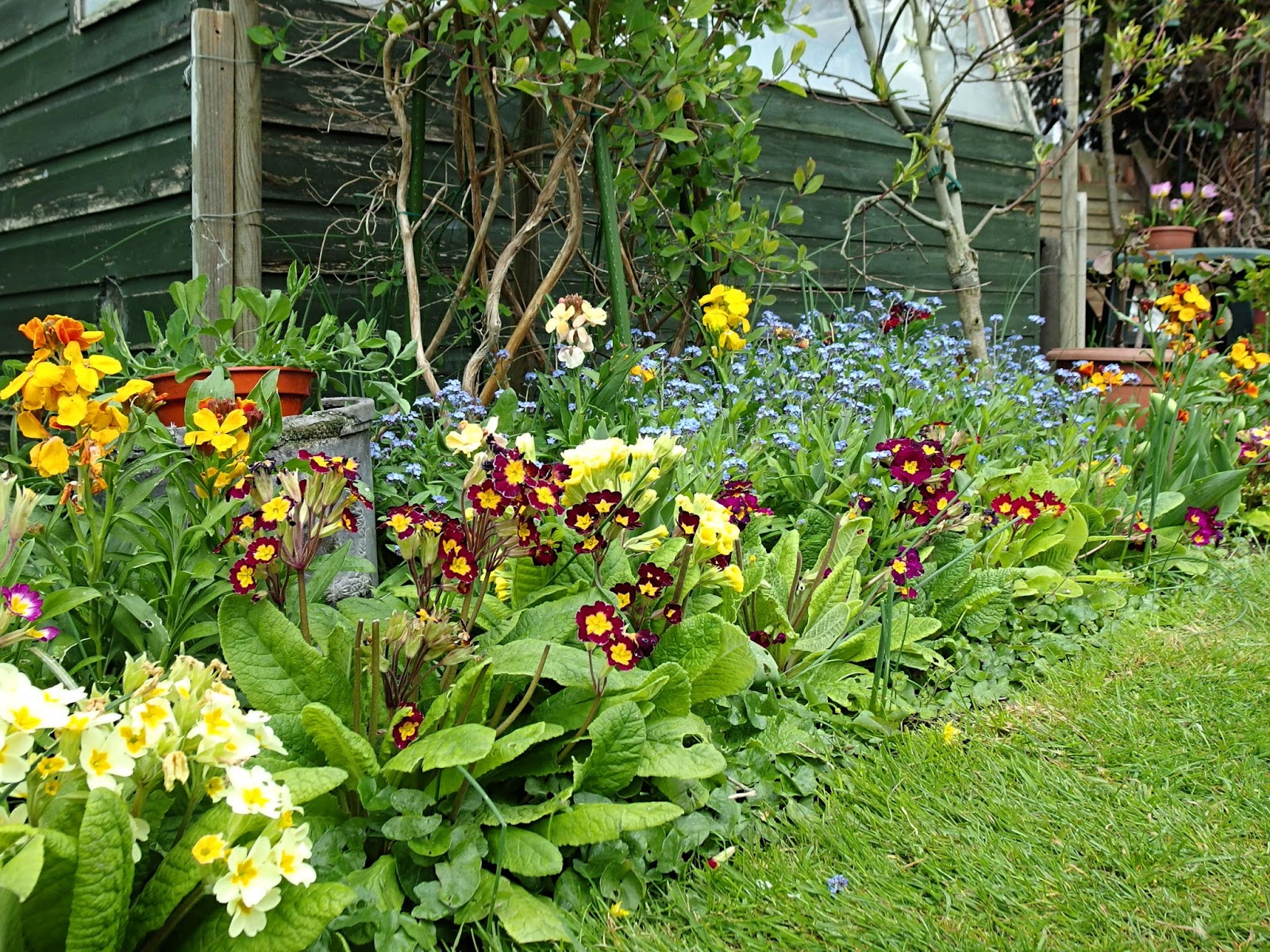 Jim and Jane's garden in Bell Close
Just a small plot which I walk or cycle by almost every day and invariably get a friendly wave from Jane or Jim. Always best to keep an eye on what Jim's doing if you want to be successful growing vegetables, but he also finds time (and space) to grow some lovely flowers. 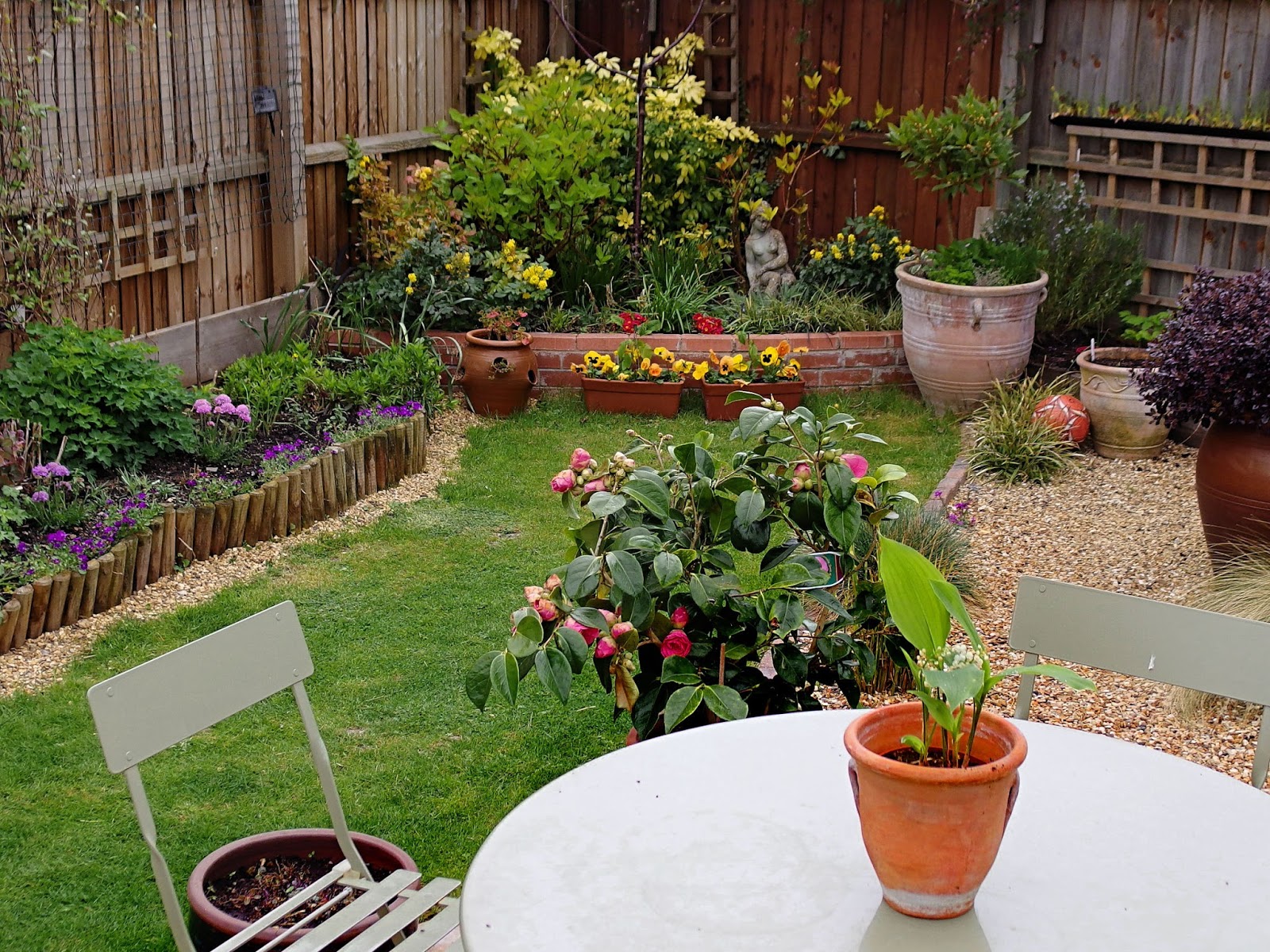 Tricia and John's garden in Chiswick End
A really tiny garden which is full of interest despite only having been started from scratch in 2014. In such a tight space all the visitors soon get involved in conversation with each other and with the owners. 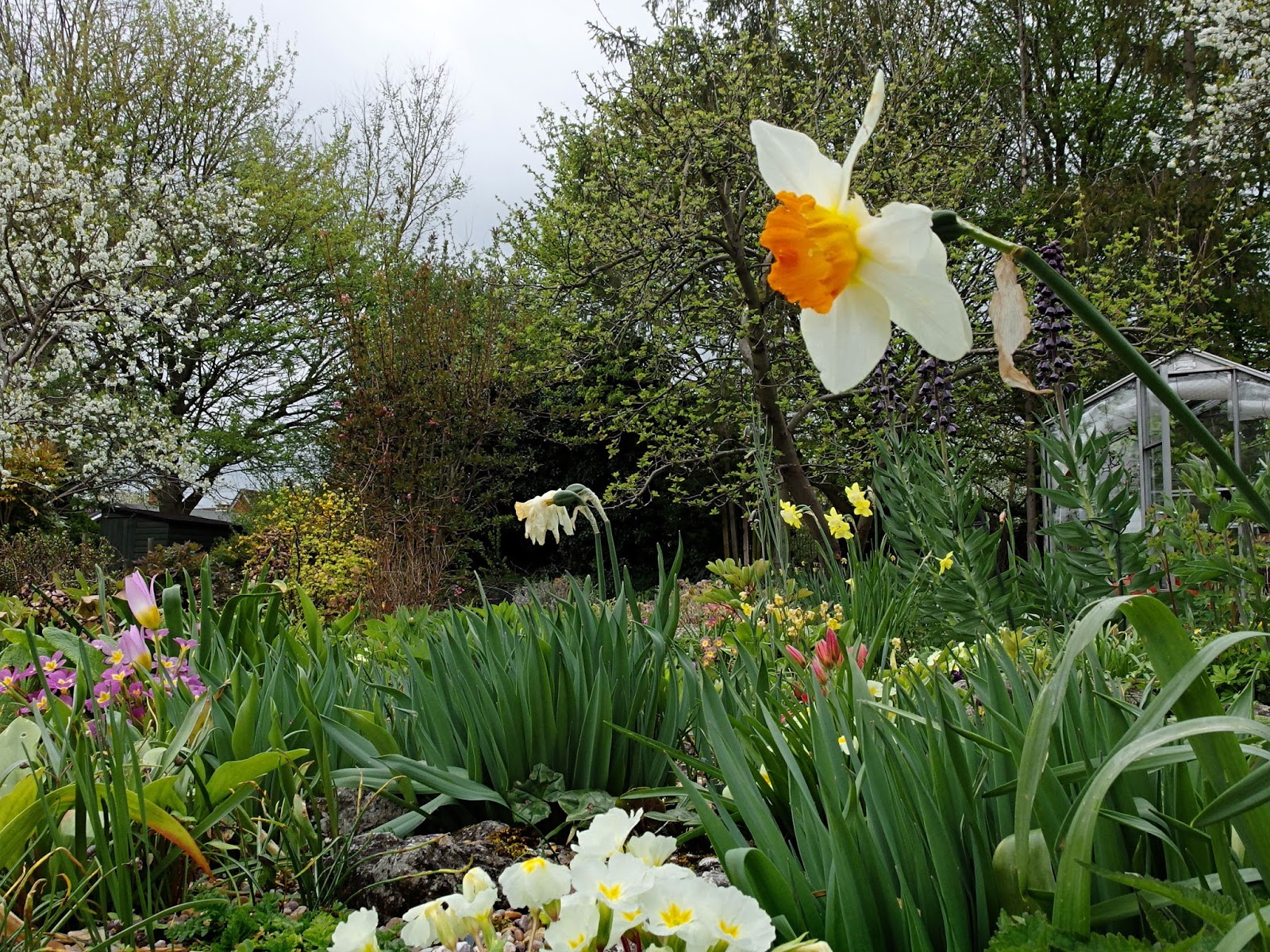 In Flambards Close, Jim and Margaret's garden
Another garden which I pass by regularly, though I had no idea that there was such an extensive and beautiful garden hidden away behind the house. 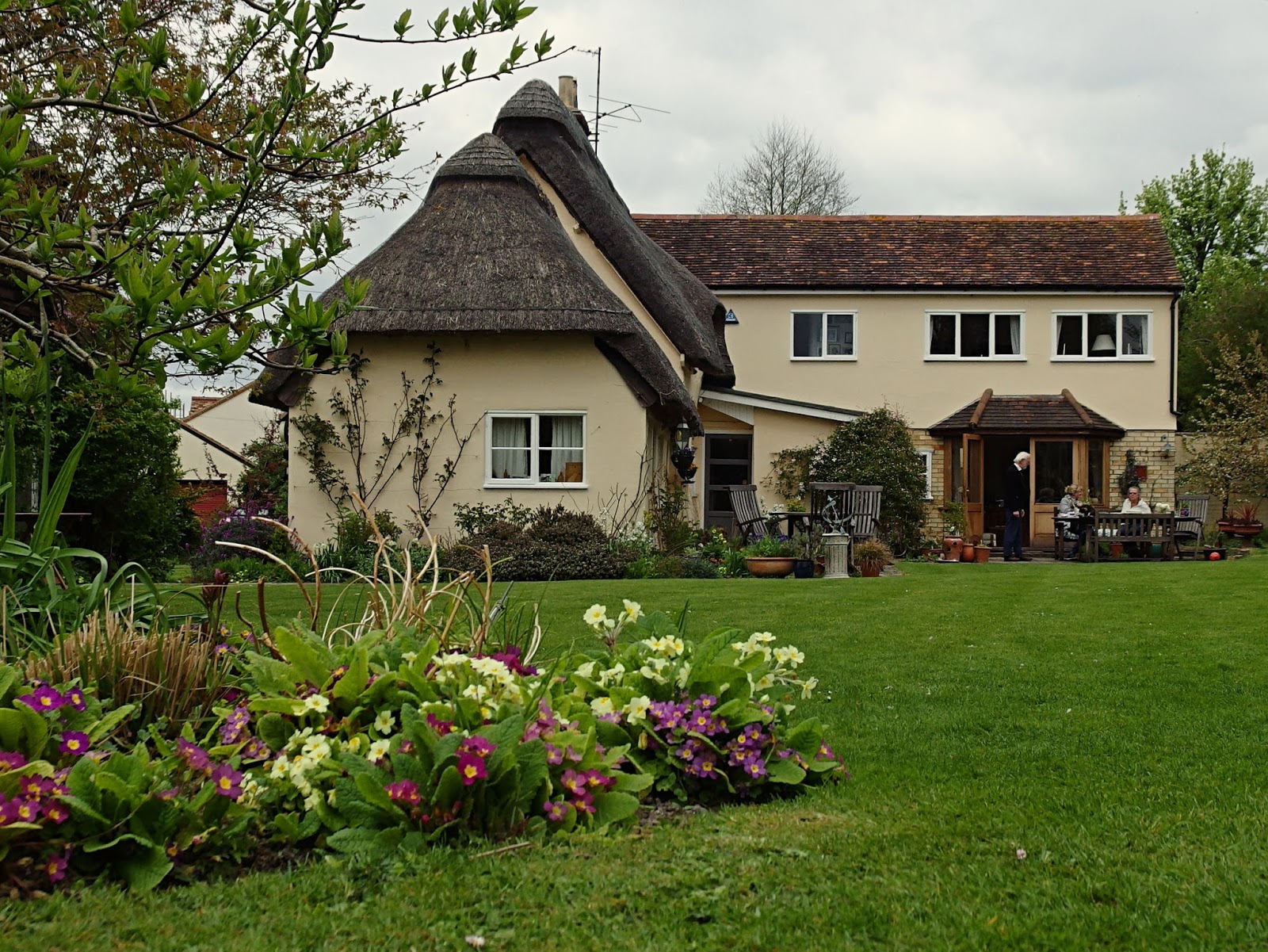 Julie and Peter at The Dumb Flea
The Dumb Flea used to be a pub many years ago, hence the weird and wonderful name of the house. This is where the lady I met at the church earlier in the day resides. When I arrived she was busy taking her grandchildren for hair-raising rides around the garden on her mobility scooter! 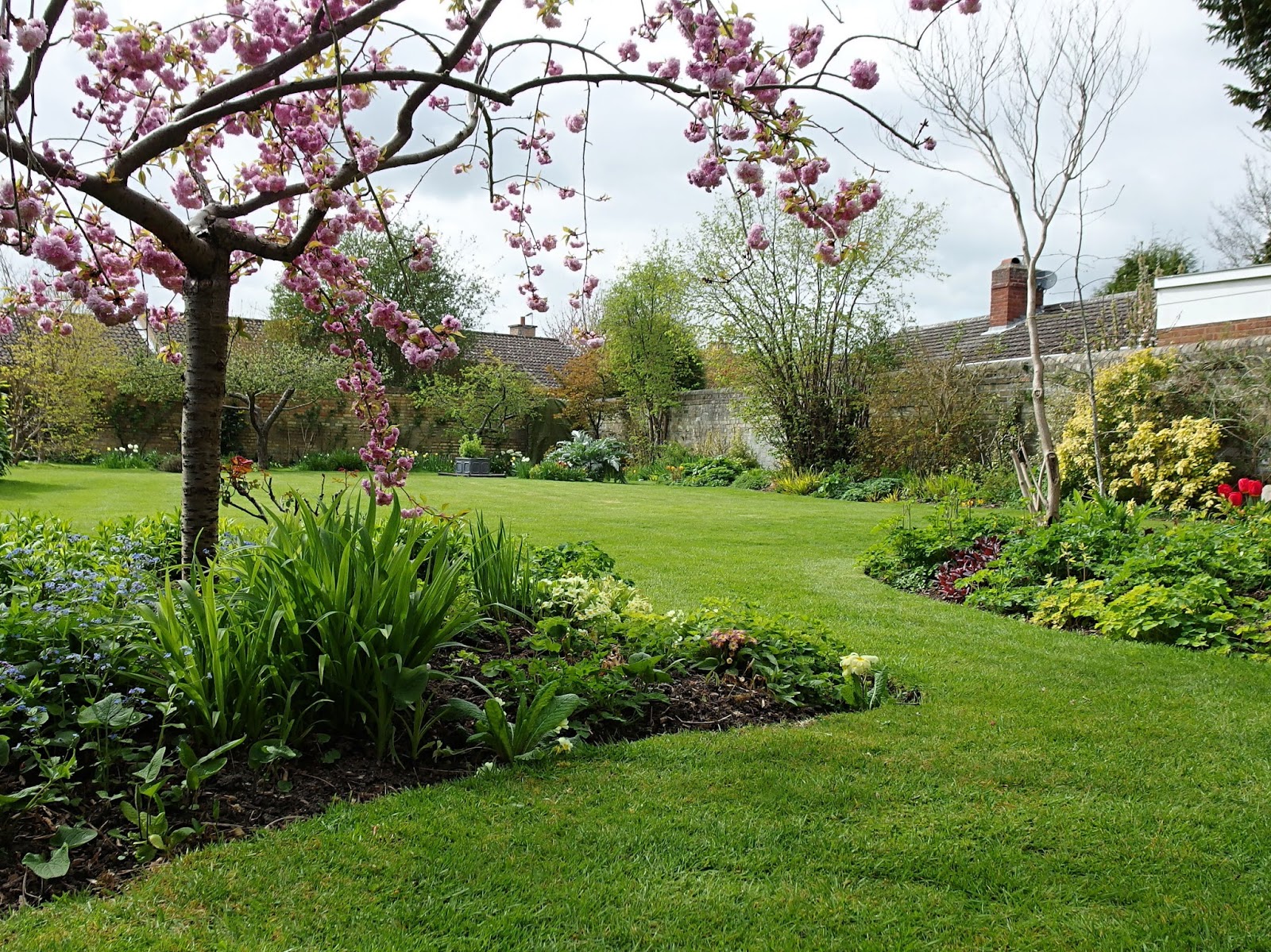 "The Limes", Frances and Richard's garden
A large spacious garden, all beautifully manicured and full of interesting plants. Having walked around once, very slowly, I then walked around again and found plenty more to photograph. 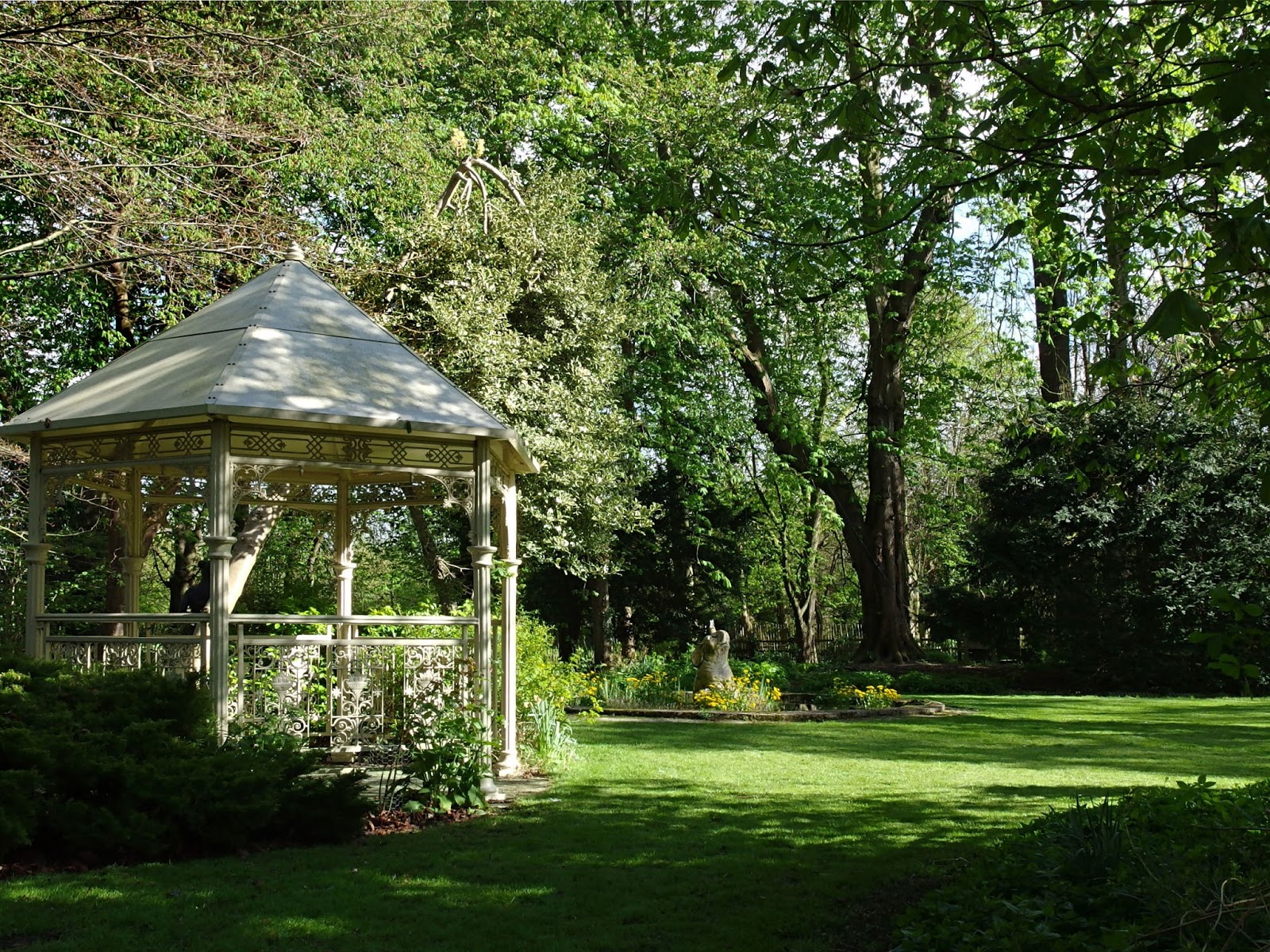 "The Court", a garden tended by Annemarie and Nick,
but, I suspect, mainly owned and occupied by their children!
A huge and rambling garden where one would like to be five years old on an endless summer's day. Besides having all those boring adult things like flowers, lawns and trees, this garden has a slide, swings, a Nelly-The-Elephant water-fountain and loads of awesome places to hide!

Posted by John "By Stargoose And Hanglands" at 06:57