The Bells Of Old England

A few weeks ago I was poking about taking unlikely photographs in the bell-tower of a church - doesn't everybody do that? - when in came a gentleman (the only word which would describe him accurately) and we fell into conversation about bells and bellringing. I've had to check some of this on the internet as some of the details I didn't catch and some I frankly didn't quite believe. So here's some of what he told me illustrated with photos of churches from the archive. 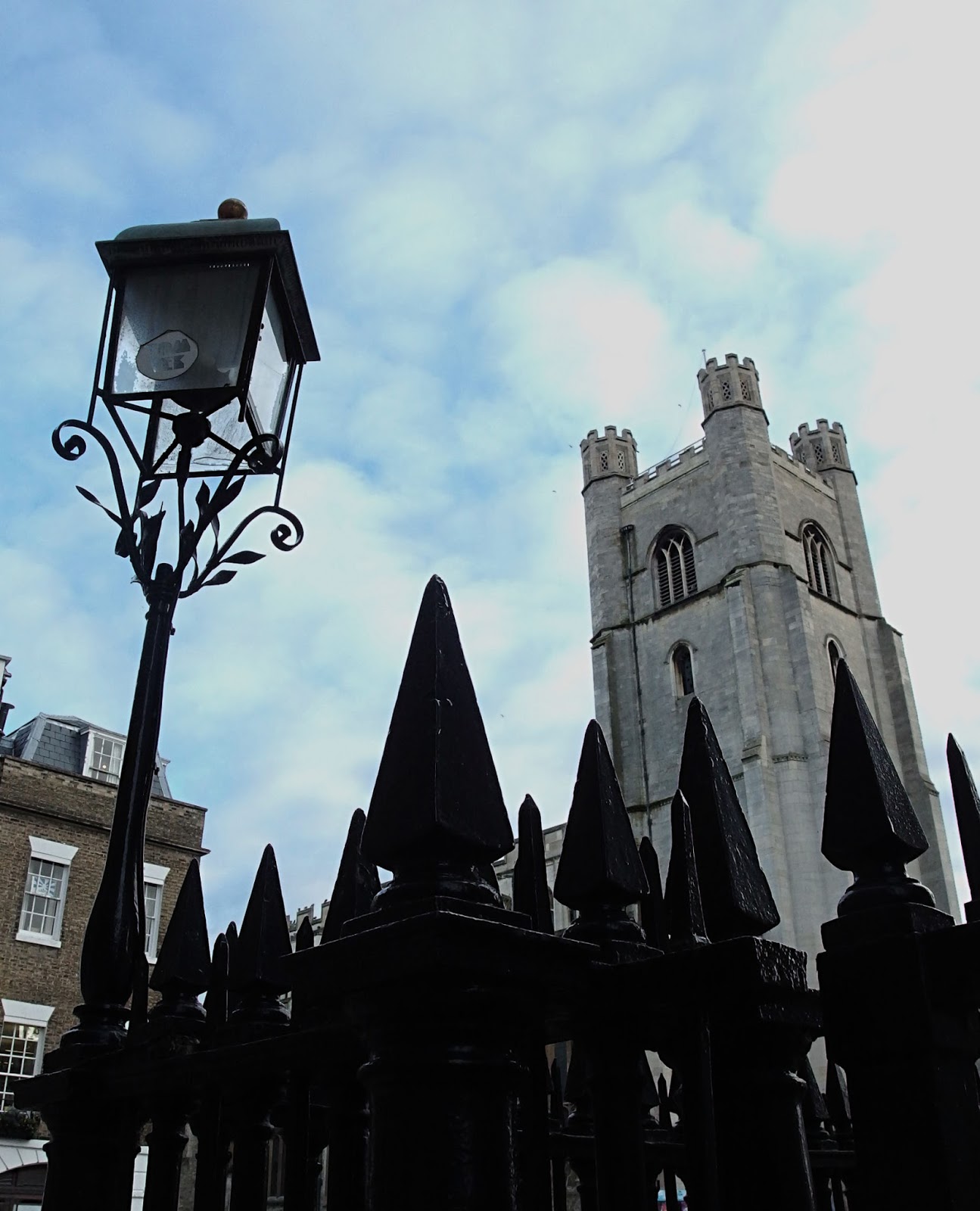 Bells have been used to call the faithful to prayer since the very dawn of  Christianity in these islands. Probably a monk walked through the streets ringing a handbell to announce that a service was about to be held. This was very necessary in a society where clocks were non-existent. 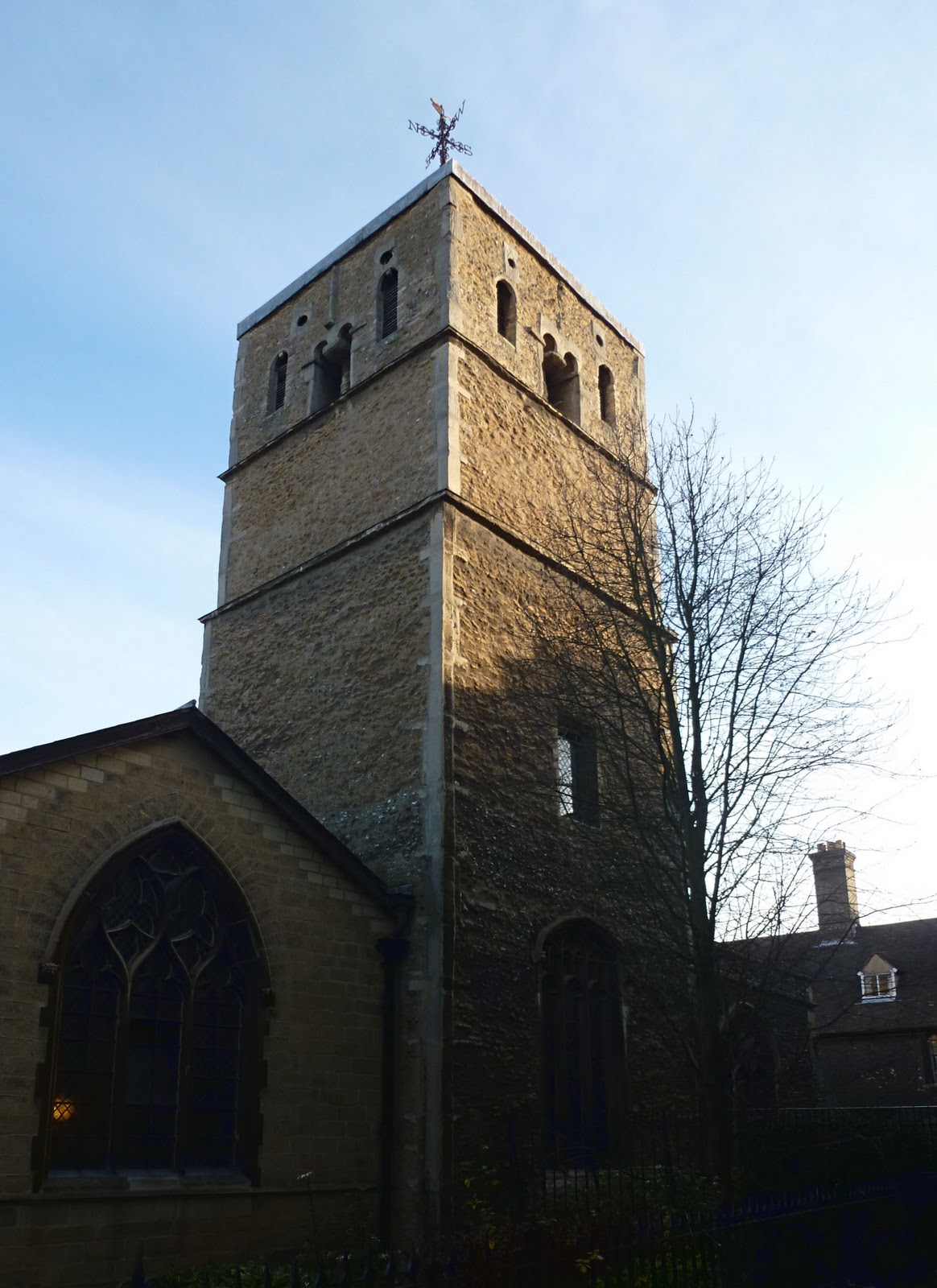 But long before the Norman Conquest there were already bells in all the major churches. Surviving early churches like St Bene't's in Cambridge have towers that were clearly designed for bells. 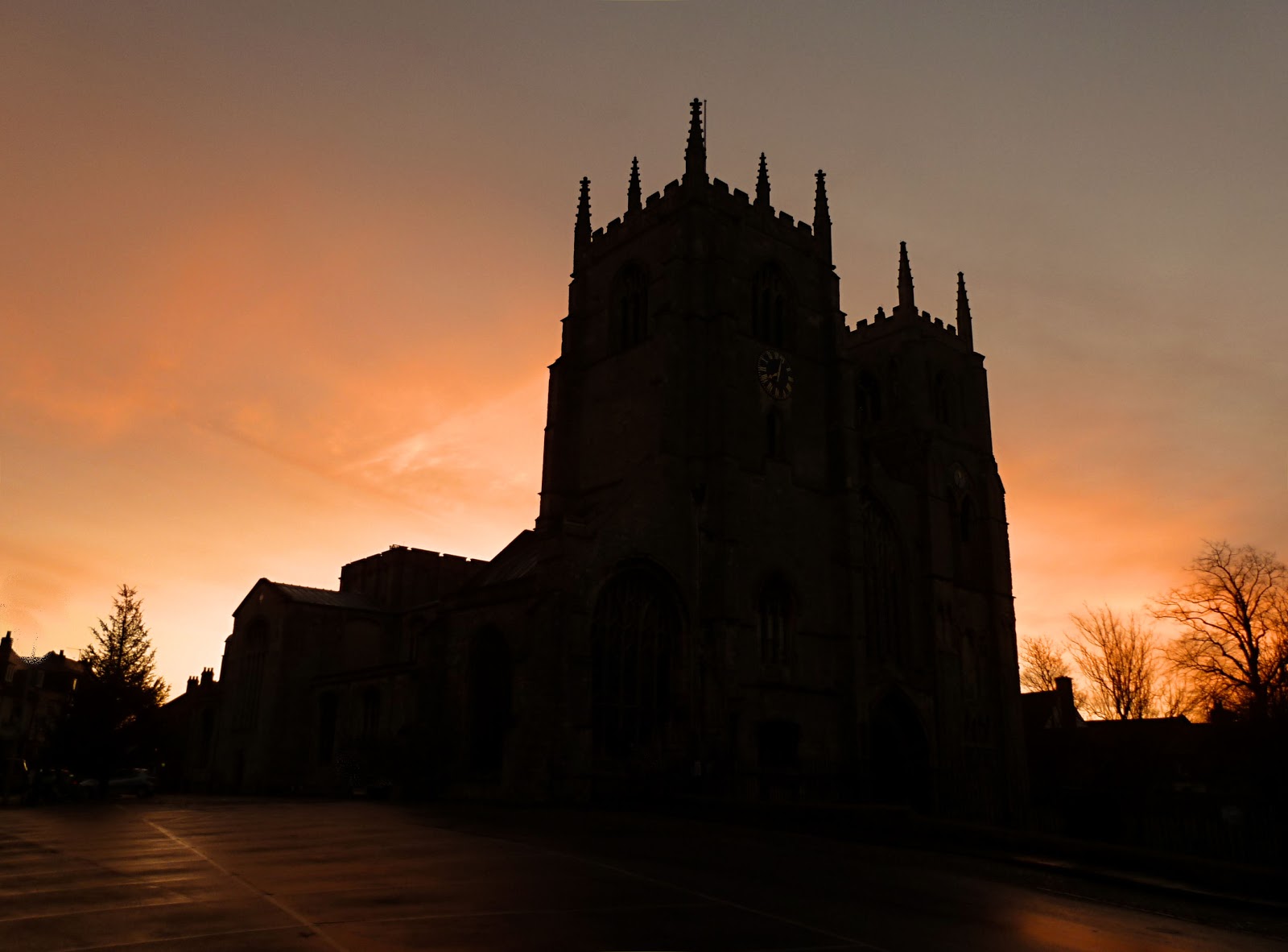 What little we know of the bells of that distant dark period of history suggests that the mechanism for ringing them was very primitive; the bells could be given a good clang but ringing with any accuracy or control was out of the question, though gradually new mechanisms were introduced, at first in the big cathedrals and abbeys. 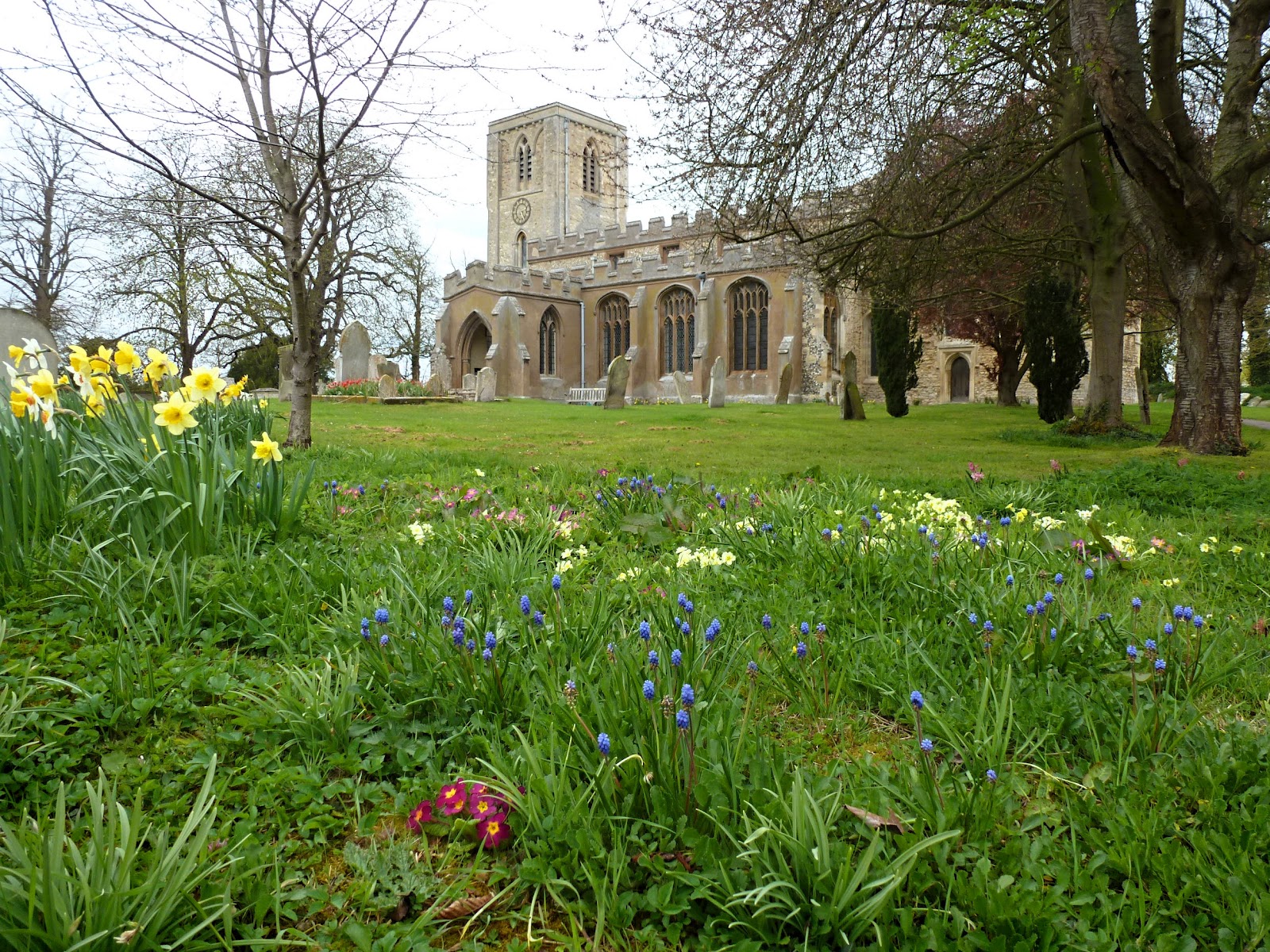 Then came the Reformation and the destruction of the monastic abbeys and frequently the removal of bells from other churches. In the long term this apparent disaster may have done bell-ringing a huge favour; when bells began to be rehung the newest technology was used. This meant that the bell was mounted on an axle which was attached to a wheel. The rope was attached to the rim of the wheel and there was also a "stay" and a "slider" which allowed the ringing to be stopped and started at will. 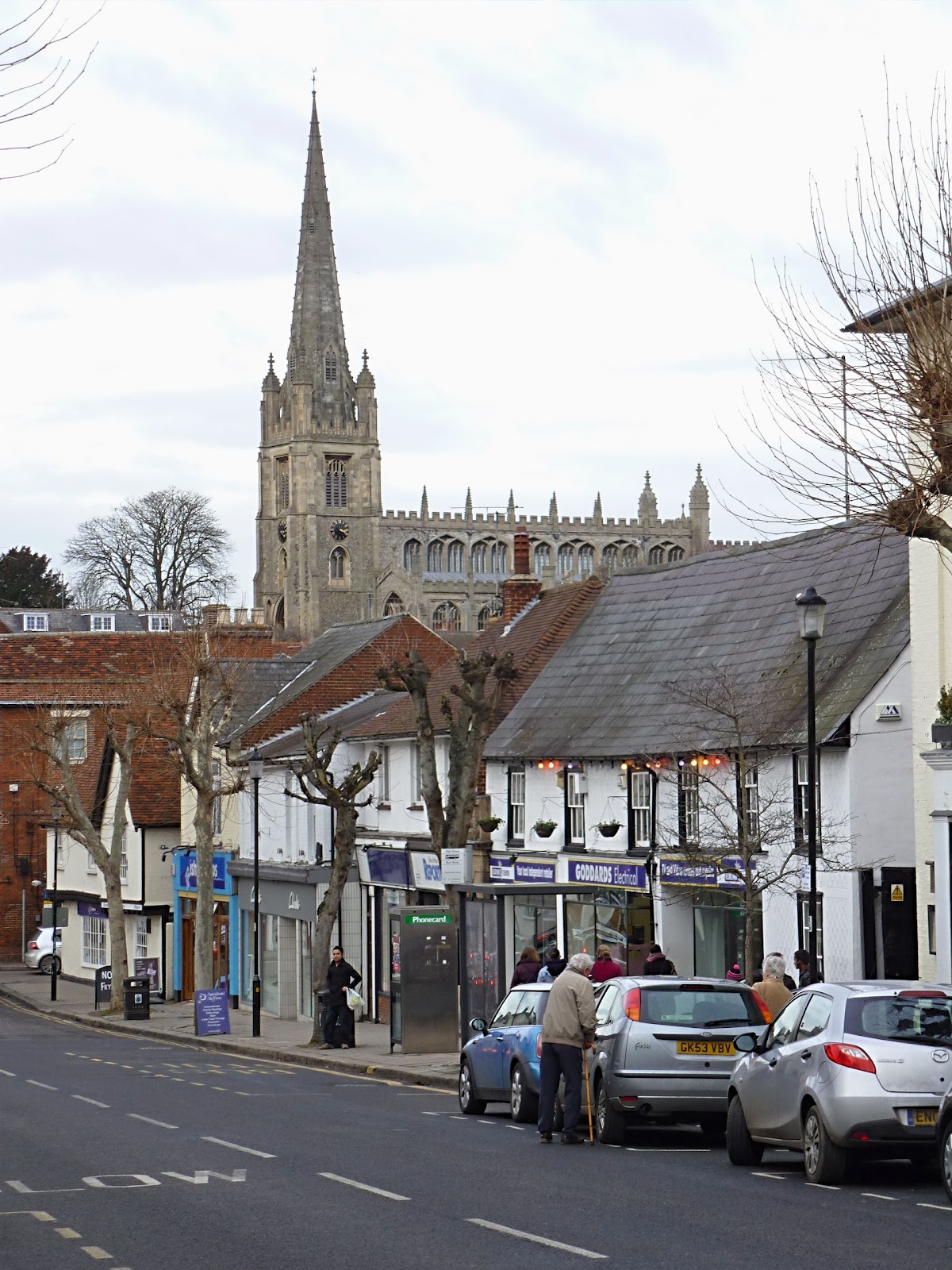 In the following centuries bell-ringing increased in both popularity and sophistication as "Change Ringing" was developed. If you have, say, three bells in a tower you can ring them in different orders - 1, 2, 3; 1,3,2; 2,1,3 and so on, but the number of variations is rather limited. As you increase the number of bells the number of possible combinations increases rapidly. There is no attempt to produce a recognisable melody but rather to follow mathematical patterns of ringing. 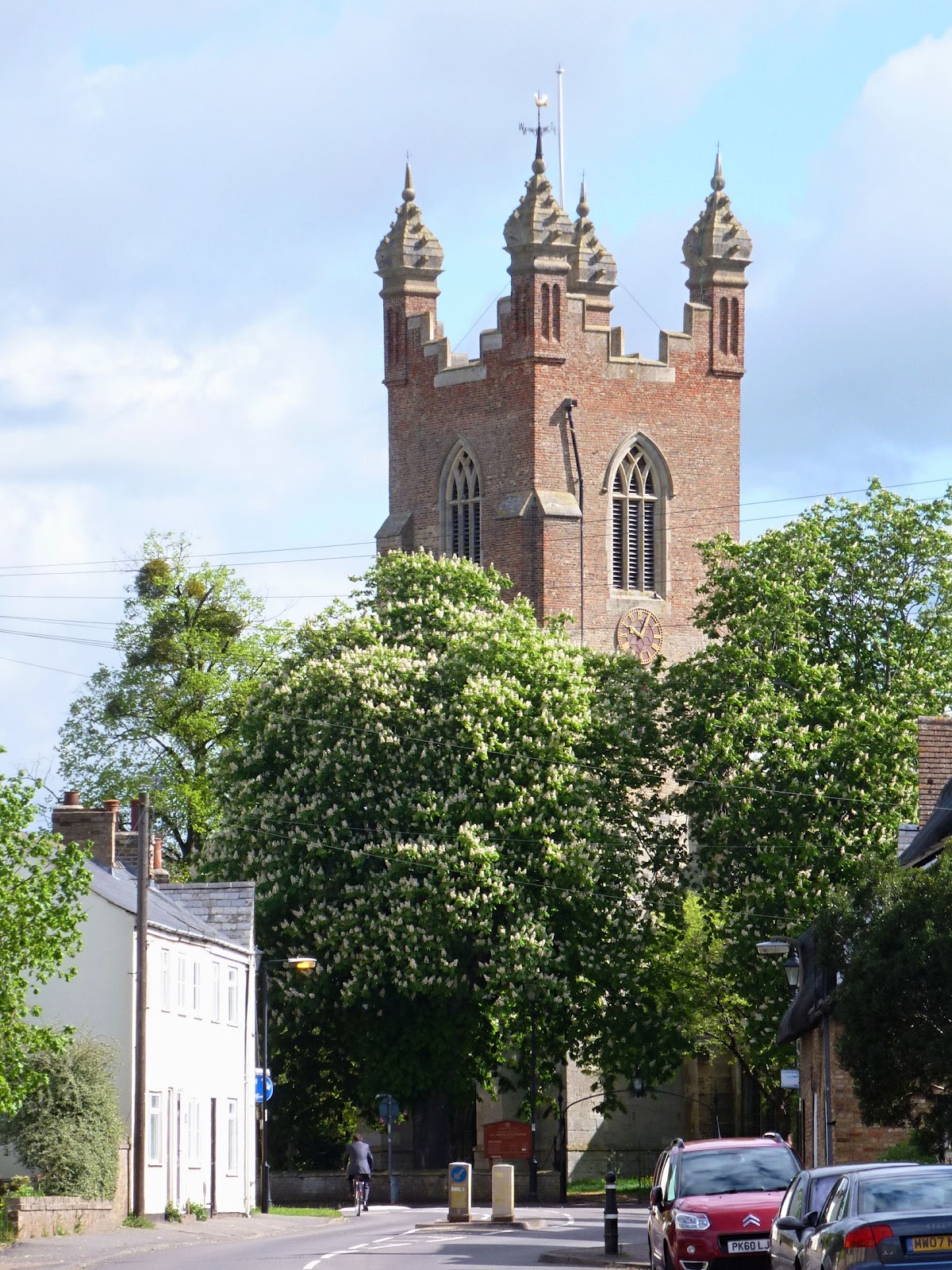 In many ways bell-ringing can be compared to modern sports; there was fierce rivalry between different churches and competition between those who wanted to ring, not only that but crowds were willing to turn out to hear the bells. 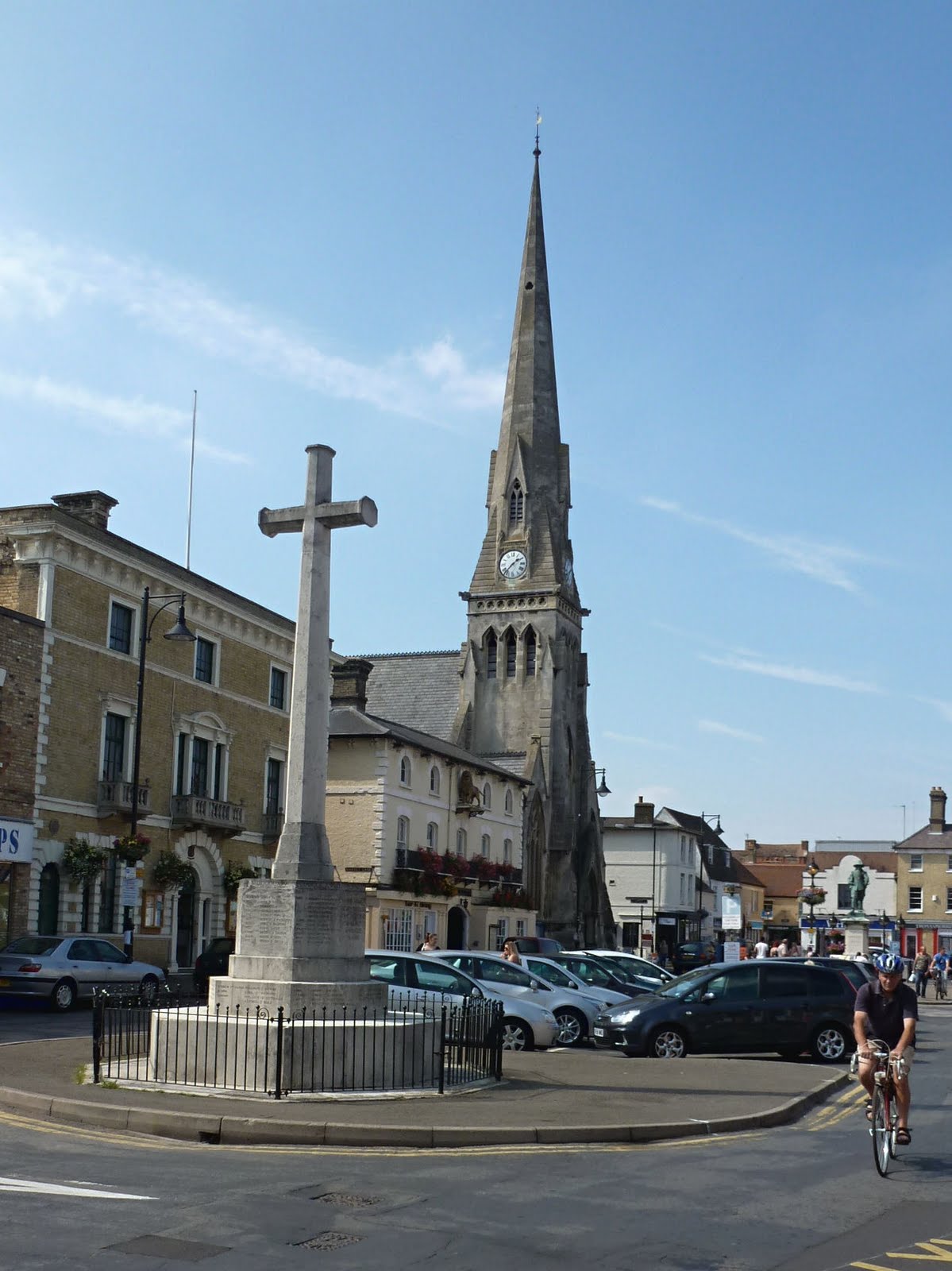 All this sounds very wonderful, but those who are familiar with village sports will not be surprised to hear that drinking large quantities of beer also formed part of the attraction to the ringers. The fact that they were paid by the churches for their efforts meant that they also had funds to indulge their thirsts. There are plenty of pubs throughout England named "The Six Bells", "The Eight Bells" and so on, presumably celebrating their connections with their local team of ringers. 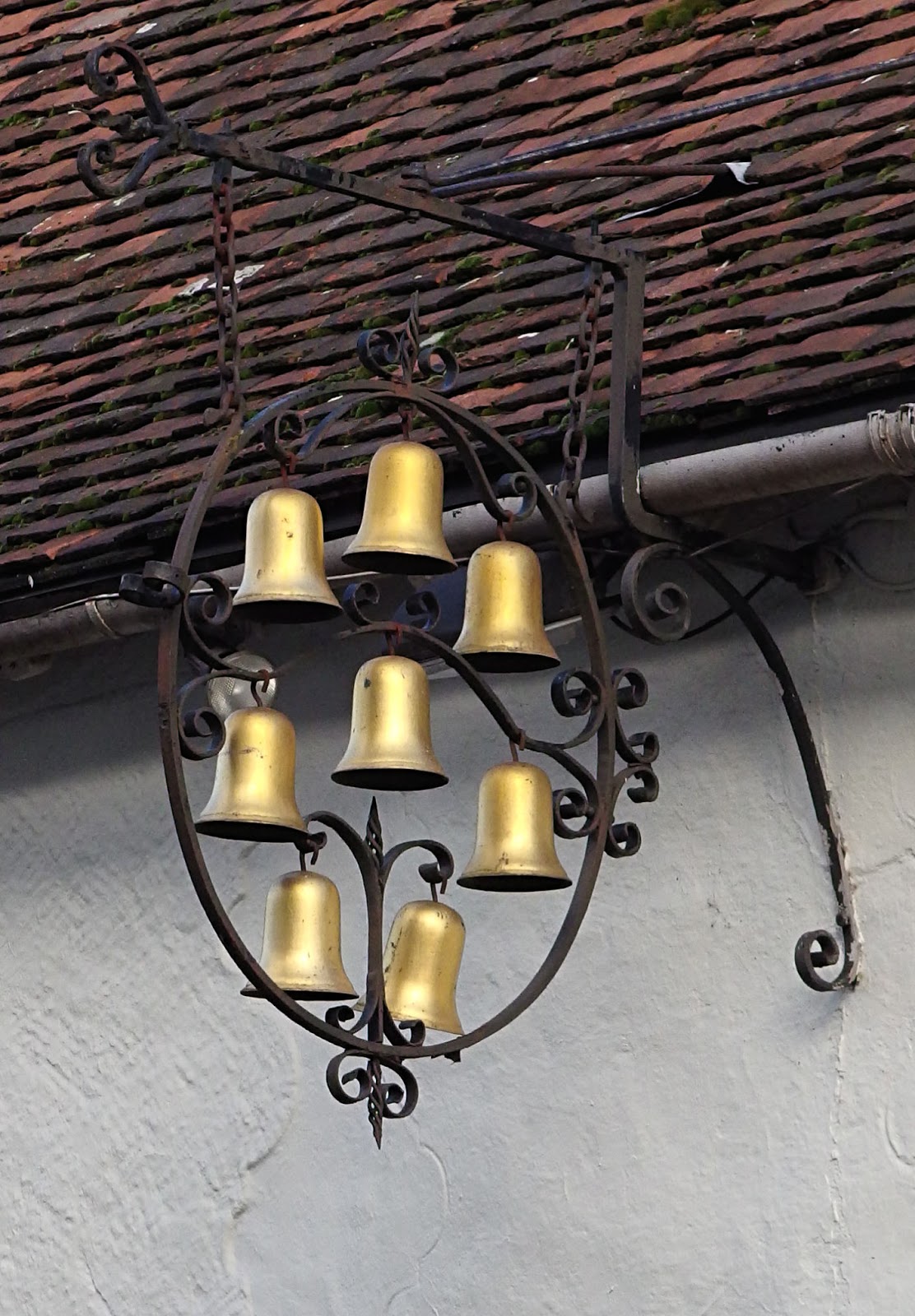 If the bell-ringers had confined themselves to sinking a few pints after the service then all might have been well. But often a barrel of beer was set up in the bell-tower and was consumed during the sermon and raucous behaviour was not unknown. They practised at all times of day, often locking the clergy out of their own churches! 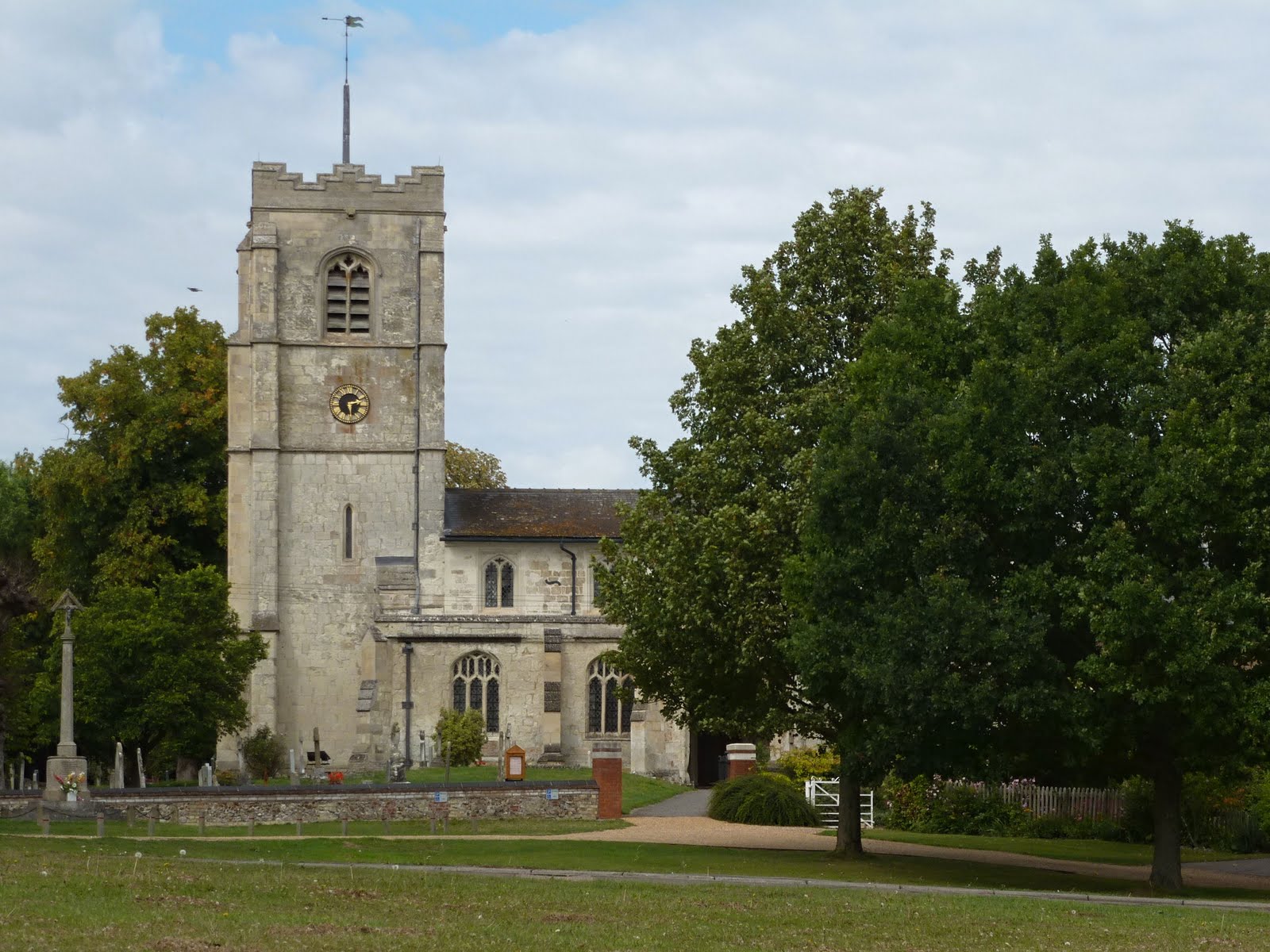 Now long-time readers of "By Stargoose And Hanglands" might begin to make sense of that curiously pompous sign which we found in Barrington Church some time ago and which puzzled readers and me alike. To save you searching back here is what it said:


RULES
1. The Bells are Holy Instruments dedicated to the Worship of God
and to be used only for His Glory. They must at all times be regarded and used
accordingly.
2. The Ringers obtain a part in the Sacred Ministry of Gods Church and must
behave always as His Ministers should do.
3. The control of the ringing belongs by Law absolutely to the Vicar and the
Bells may only be used by such persons at such times and in such manner
as he may from time to time appoint.
4. Every ringer is expected to attend any Service for which he comes to ring
and to join devoutly in GODSWorship.
5. Drinking, smoking loud and boisterous talking or jesting and above
all disputing, are most unseemly amongst GODS Ministers in His House
and are hereby forbidden in this Belfry
Signed  December 1876
Edward Conybeare
Vicar of Barrington

and here's the original sign reflecting the Victorian attempts to clean up all aspects of worship in the Church Of England: 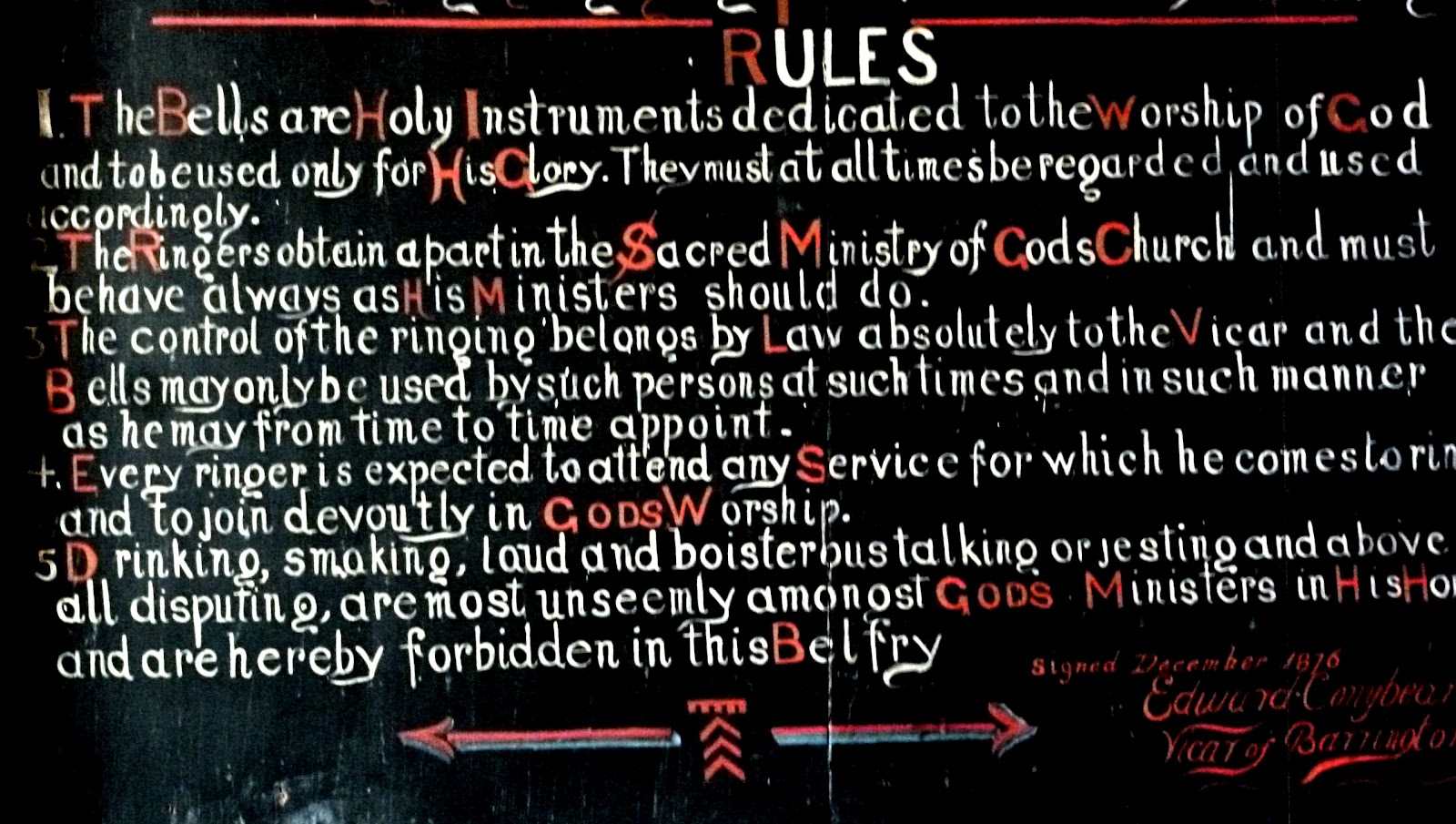 Bell-ringing survived Victorian reforms and improvements better than the architecture of some of our churches. There have been ups and downs but there are some 5,000 towers still in use for change-ringing in England while there are only 300 or so to be found elsewhere in the world. There's a good deal more which I've discovered over the last few days and it seems likely that I'll be bringing you a few more posts about this uniquely English tradition in the future. 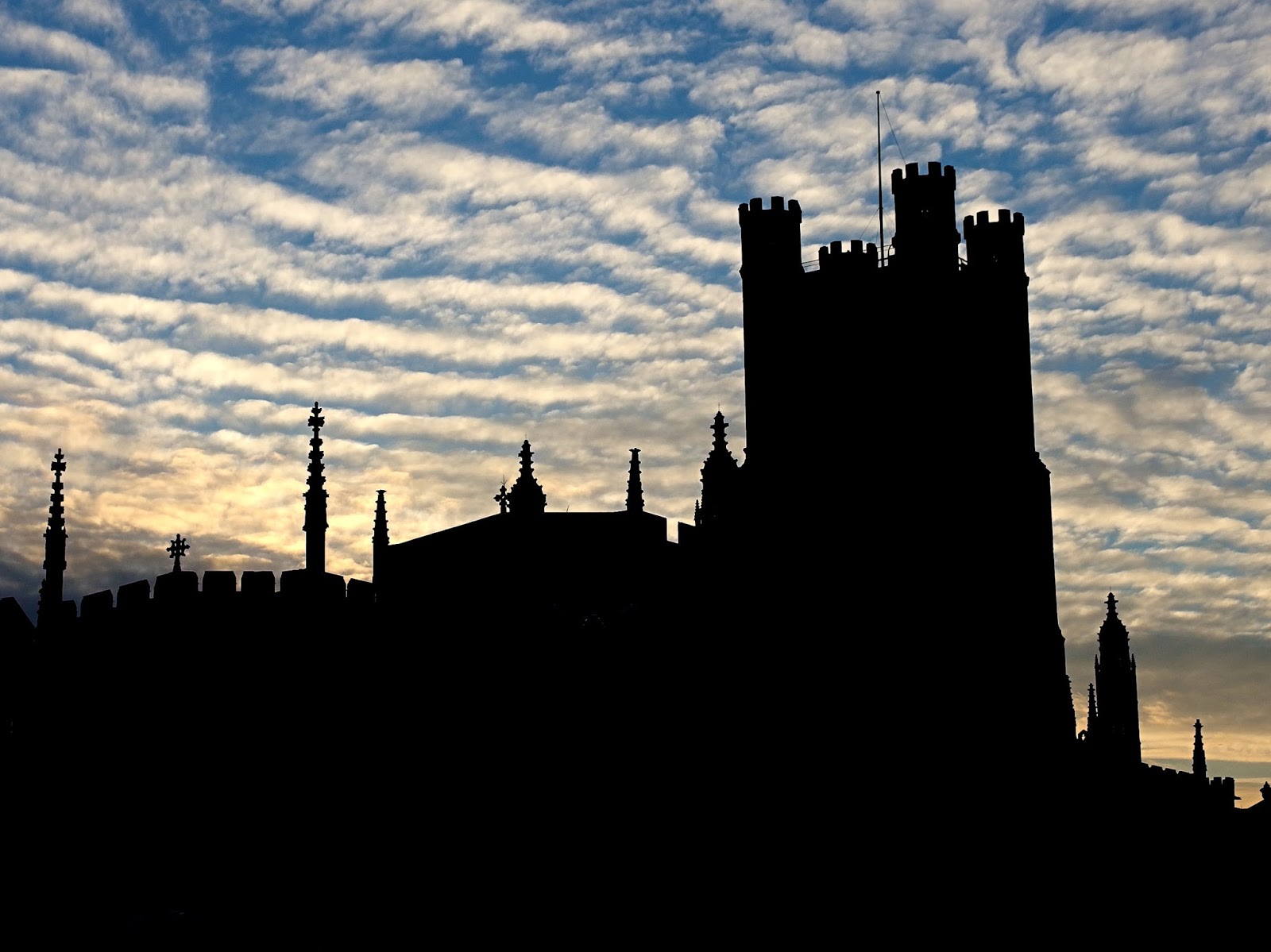 Posted by John "By Stargoose And Hanglands" at 12:05