The Cellarer's Chequer
In Cambridge's Newmarket Road stands the church of St Andrew-The-Less, which is perhaps the least attractive of the city's historic churches, mainly because it is under constant attack from motor car exhaust fumes and vandalism. But a historic church it is (dating from 1190 AD) and an interesting one too in that it was once the church of Barnwell Priory. The Priory was at one time very wealthy and its buildings extensive. 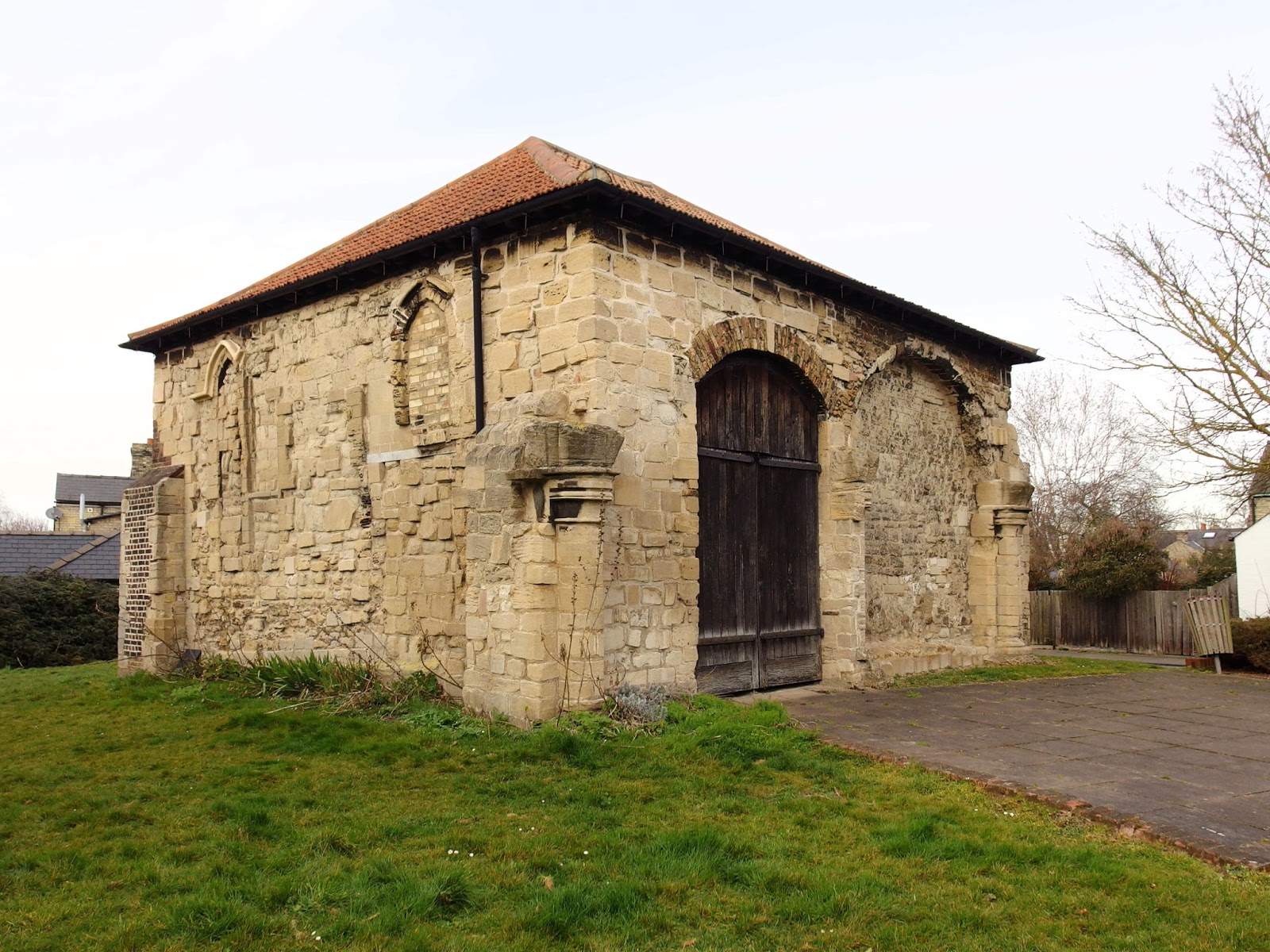 That was until Henry VIII came along and closed it down, along with every similar establishment in the country. The stone from the buildings was re-cycled, re-purposed or stolen for other building projects in the city, including the Chapel of Corpus Christi College. All that remains today, apart from the rather sad church, is the little building above which is known as The Cellarer's Chequer and stands somewhat forlornly amongst more modern housing.

The Cellarer was reckoned to be the most important person in the Priory after the Abbot, for while the latter bothered himself with matters of the soul, the former was concerned with matters of the stomach in that he was in charge of ordering food and drink for the community. His Chequer was his office where he kept records of expenditure. 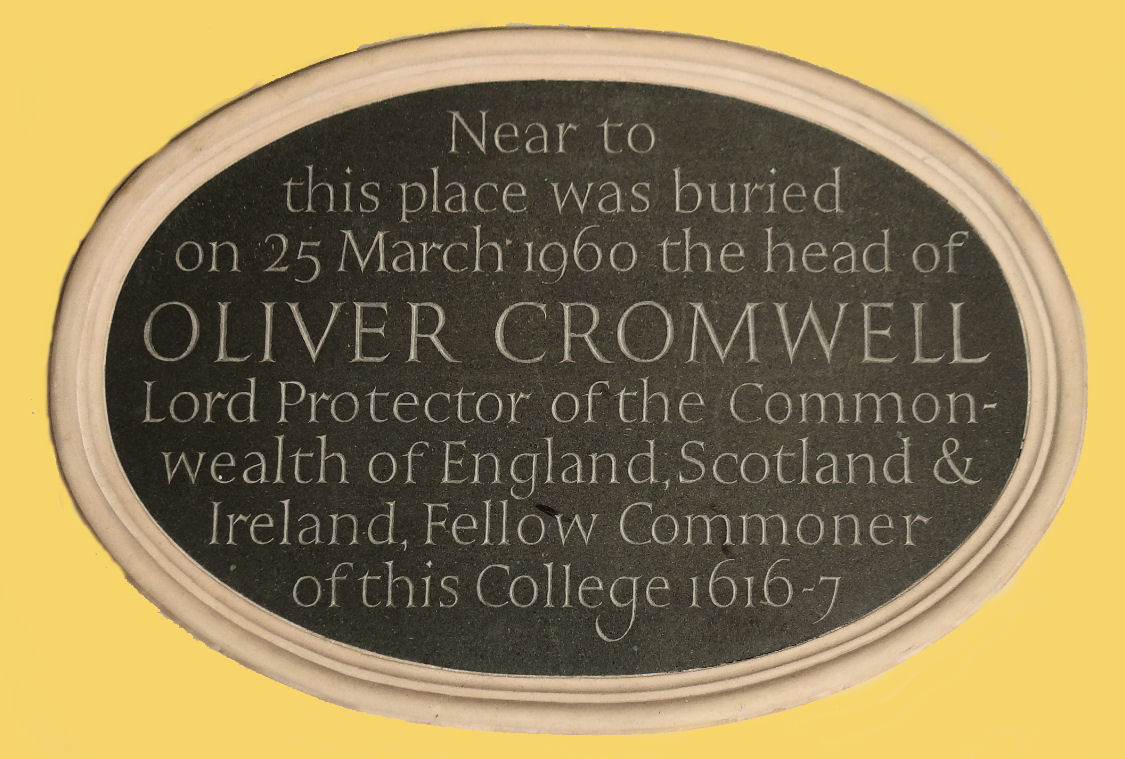 When Charles II regained the throne of England he was determined to make those who had beheaded his father, Charles I, pay for their deeds. There was one important flaw in the plan: Cromwell and the co-signatories of the death warrant had themselves been dead for some years.

Undeterred by this detail, the new King arranged for the bodies to be dug up so that they could be posthumously beheaded. Cromwell's head was then placed on a twenty foot spike and displayed above Westminster Hall as a warning to others. Here the head stayed for a quarter of a century till it was dislodged by a storm and rolled into the gutter.

It was found by a soldier who may well have had Republican sympathies, he hid it away only to reveal its existence on his death bed. His daughter had no use for the rather battered head and sold it. It was exhibited in a private museum and then passed to other colourful owners.

The comic actor and alcoholic Samuel Russell owned it for several years and used to pass it around amongst his drinking companions, causing further damage to the features. A man called Cox bought it and then sold it at a profit to three brothers by the name of Hughes. They exhibited it too, but few were interested in paying for the pleasure of becoming acquainted with it.

It passed into the ownership of the Wilkinson family who kept it for many years. Its authenticity was disputed but was eventually declared to be the real thing. The family kept it on the mantelpiece until in 1960 it was decided to give it to Cambridge's Sidney Sussex College, where Cromwell had briefly studied.

The college decided that they should bury it and keep the exact location a secret so that the well-travelled cranium could finally rest in peace. 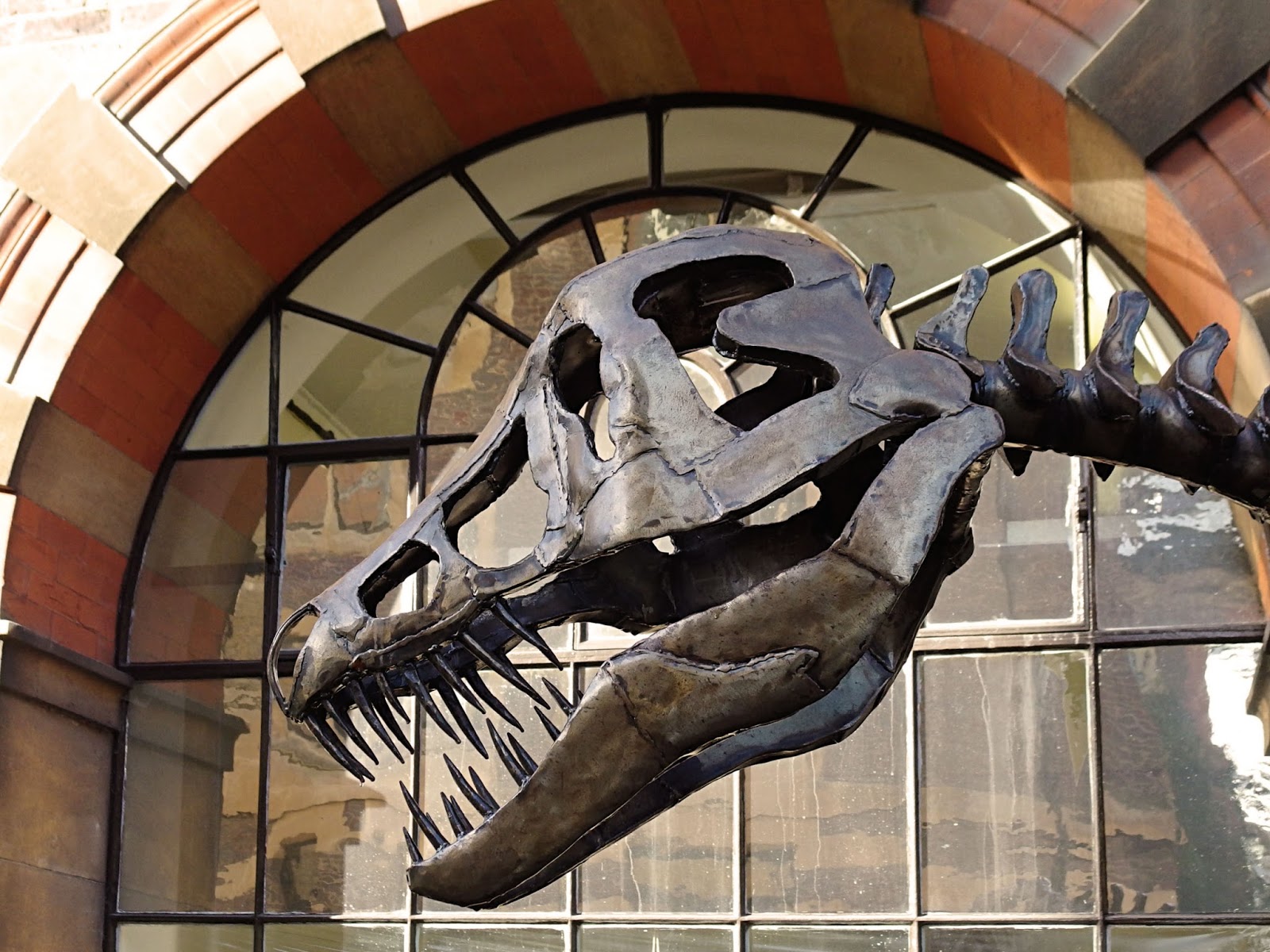 Clare the Tyrannosaurus Rex was commissioned as the centre-piece for Clare College's May Ball. The six-metre long sculpture by Ian Curran is apparently only a half-size model of the original fearsome beast! It now stands at the entrance of the Sedgwick Museum Of Earth Sciences - either welcoming or scaring off would-be visitors to the museum. 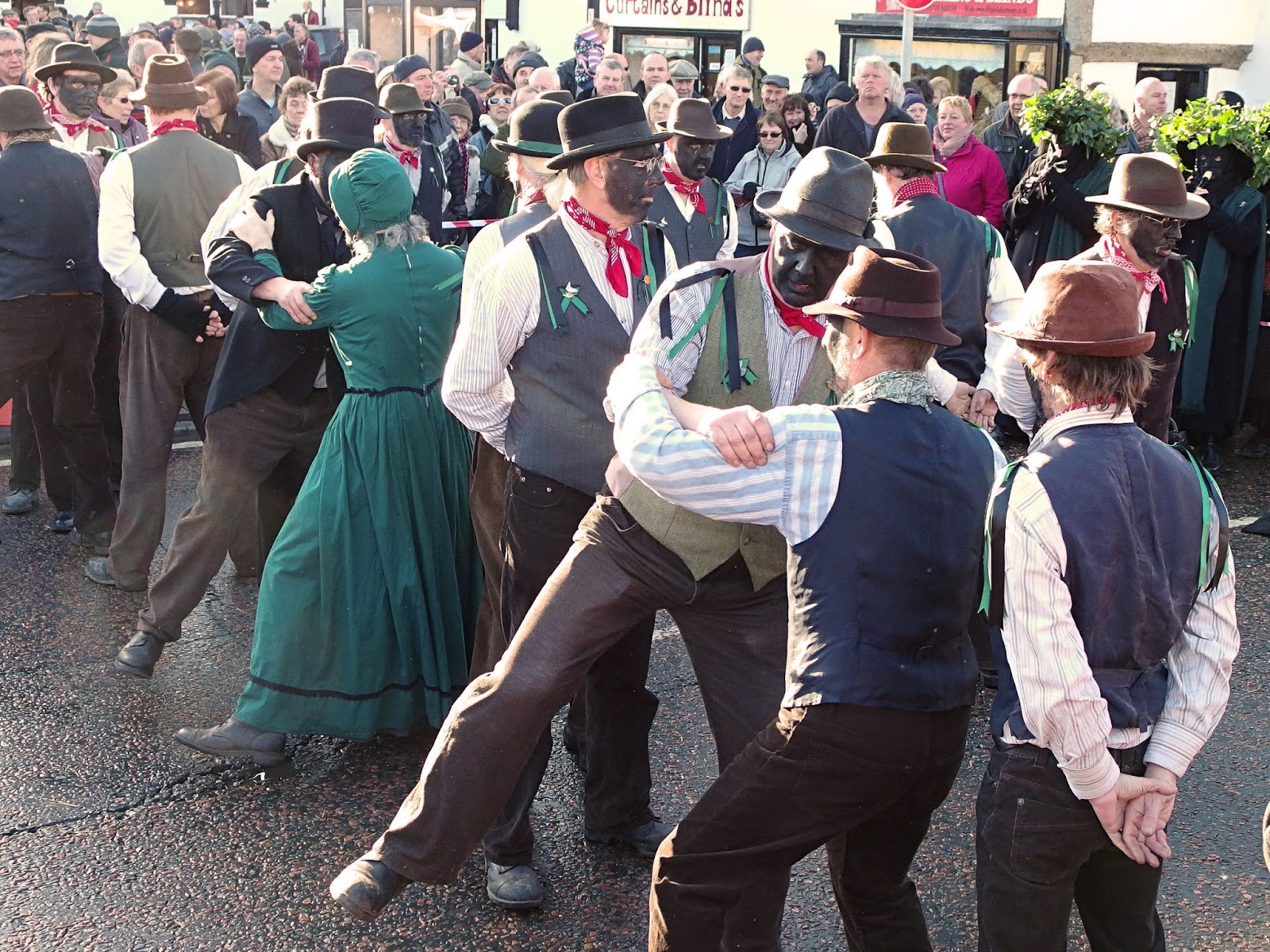 My video of the Old Glory Molly Dancers has just reached the dizzy heights of 1,000 views on YouTube. Not exactly "viral" but still quite contagious for a lot of old chaps prancing about rather stiffly to very unfashionable melodies! For those of you who haven't a clue what I'm talking about here's a brief history of Molly Dancing:

and that's where I took the video which, if you haven't seen it before, you can see here:

Posted by John "By Stargoose And Hanglands" at 08:20