Back in the post "Pedalling Through October" I whisked you rather breathlessly through the Hertfordshire countryside, skipping recklessly past a number of interesting and beautiful places. Let us now rewind to take a more leisurely look at some of these. 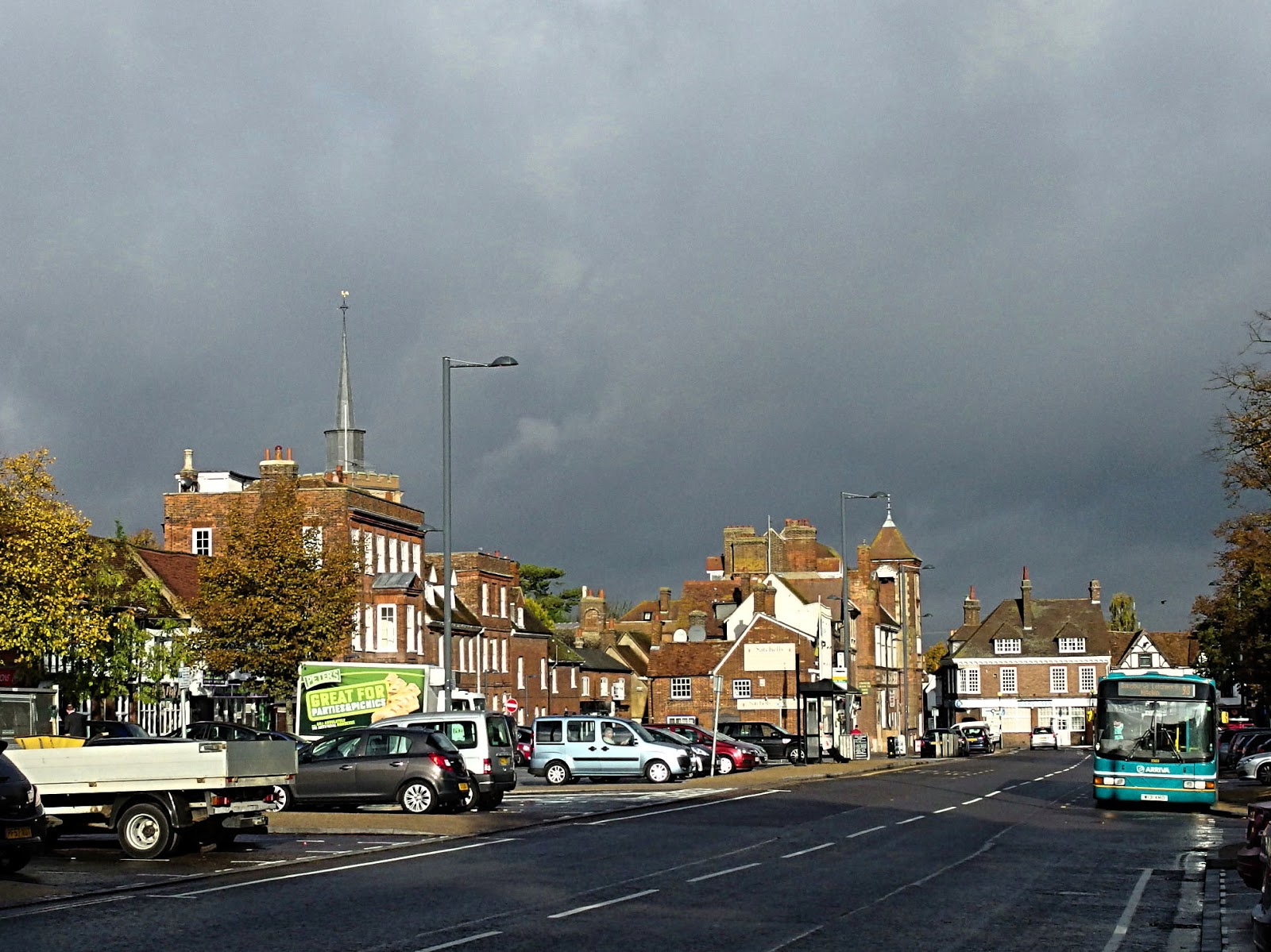 Setting out from Baldock the sky looked ominous indeed, but that stormy weather had just passed over and the weather-man promised a fine day. Baldock has a ridiculously wide high street - even wider than it looks at first glance at the photo above; behind those parked cars there is another parallel road. How did this come about? After all England, particularly old England, is famous for its narrow streets.

The explanation is that this is the site of the old market and originally the market stalls would have occupied the whole of the central area, with traffic able to pass on either side. In this way the market was able to benefit from passing trade, of which there was much since this is part of the Old North Road, which passed straight through the town. 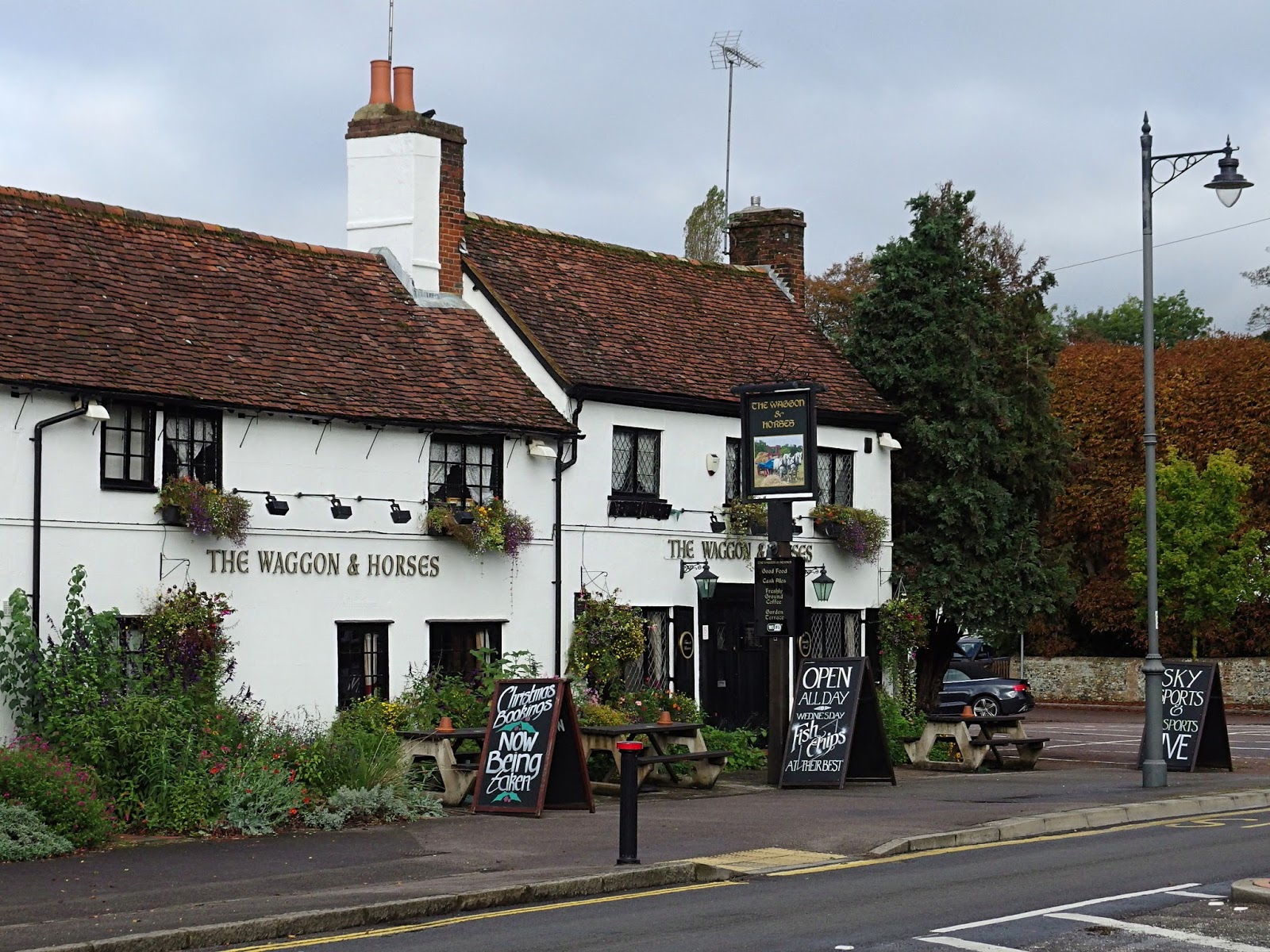 Further along the Old North Road at Graveley there still stand a couple of the coaching inns which served the route. In the past these would have supplied food, ale and lodgings for the traveller as well as stabling for the horses. The name of this inn, The Waggon And Horses, reflects that history. 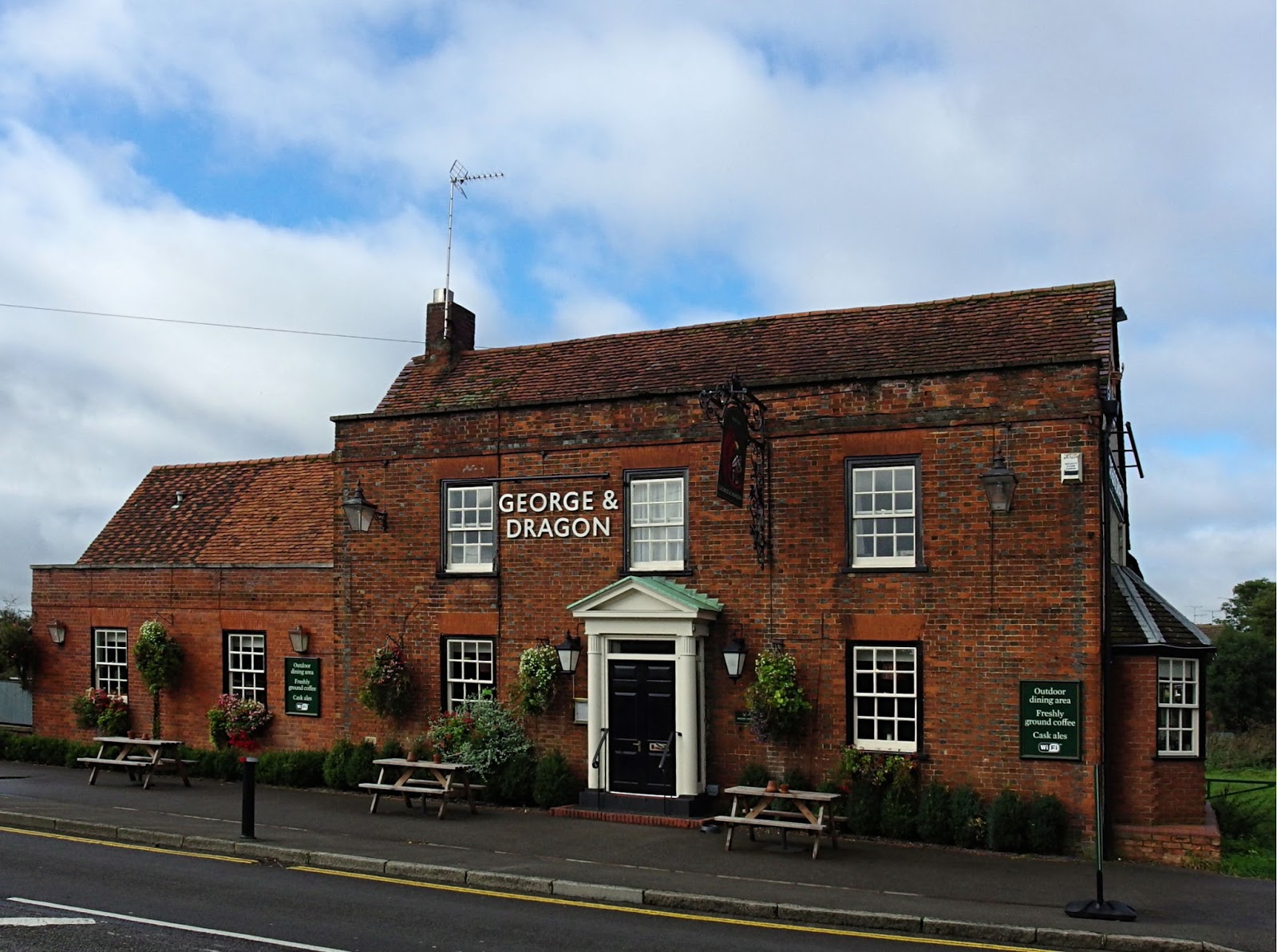 Almost next door stands the George and Dragon Inn which served the same purpose in its day. The field behind the pub has an unexpected, though tragic, place in history as it is the site of the first fatal air crash in military history. A monoplane came down here as long ago as 1912, killing both the pilot and observer. 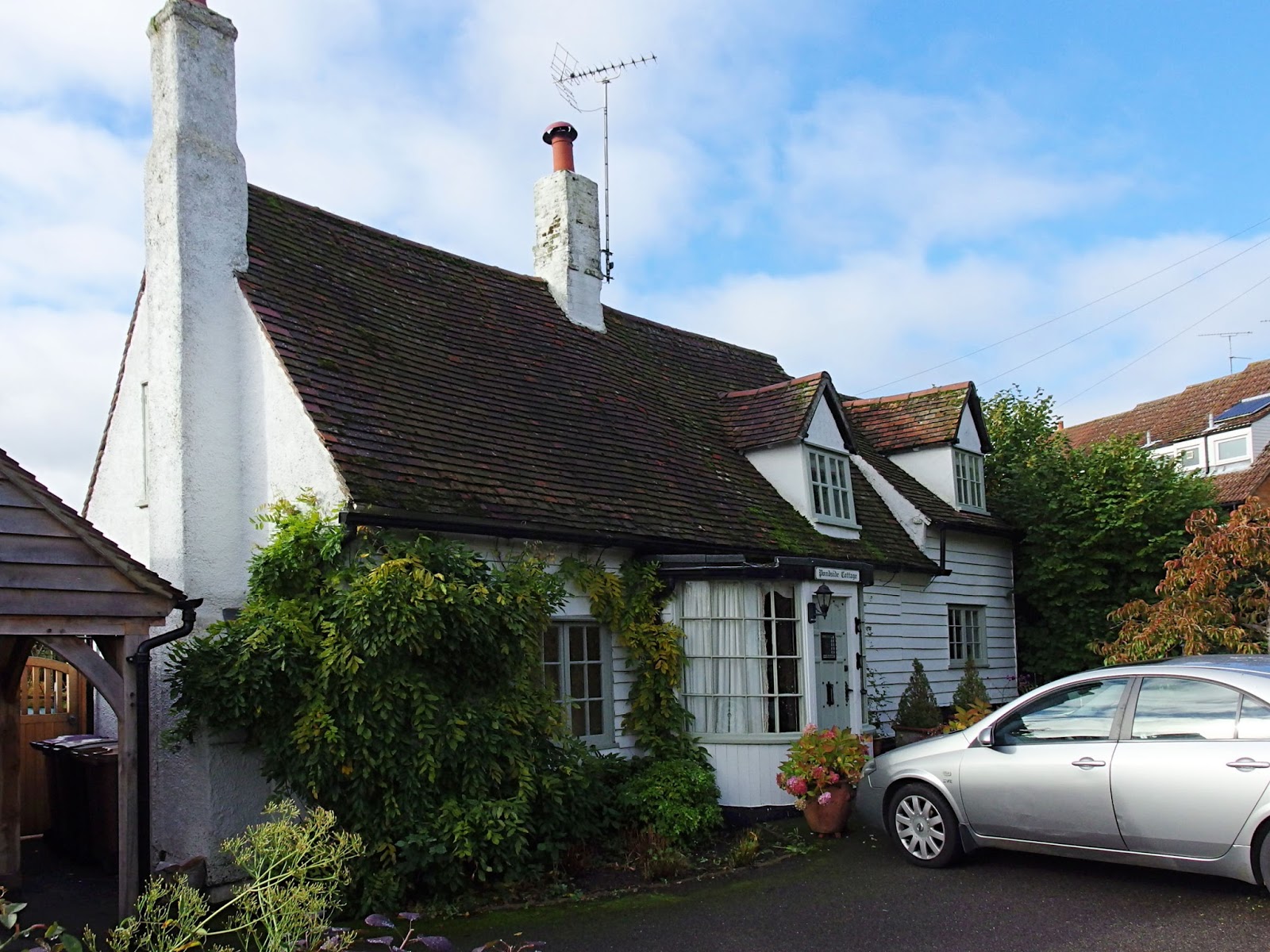 Oh yes, a little house with a car outside. How interesting.
Well, this little cottage formerly housed a "straw-plaiting school". Straw-plaiting was an important cottage-industry hereabouts, the straw-plaits being sent to Luton to be made into straw hats and bonnets. This was not, as you might suppose, a school where straw-plaiting was taught. The pupils did make the plaits, but this was to pay for the education which was provided. 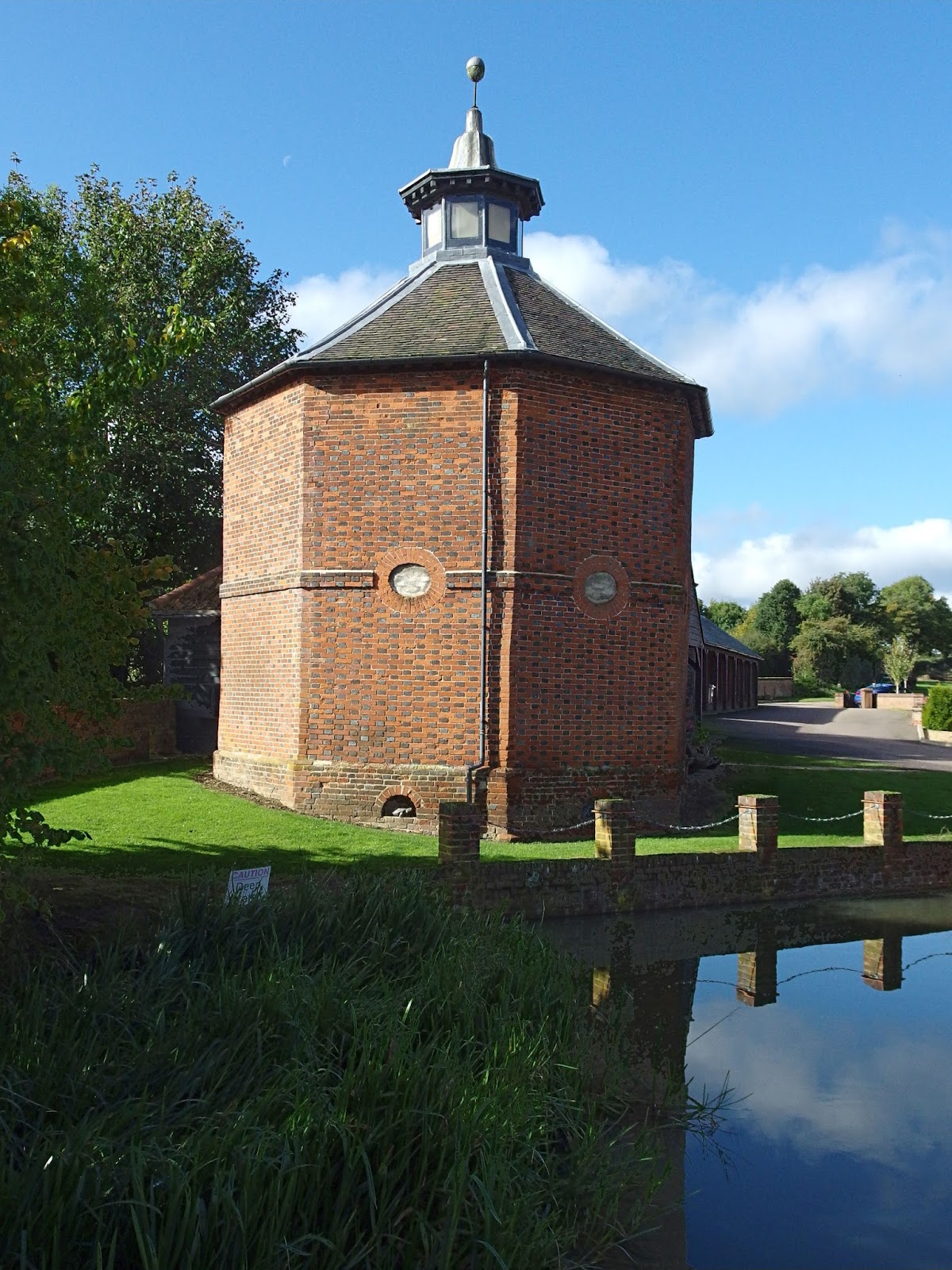 At Walkern I encountered this fine brick-built dovecot. Doves were kept for meat rather than decorative purposes in the past. As they fed on the crops being grown in the village fields the ownership of doves was restricted to the lord of the manor. 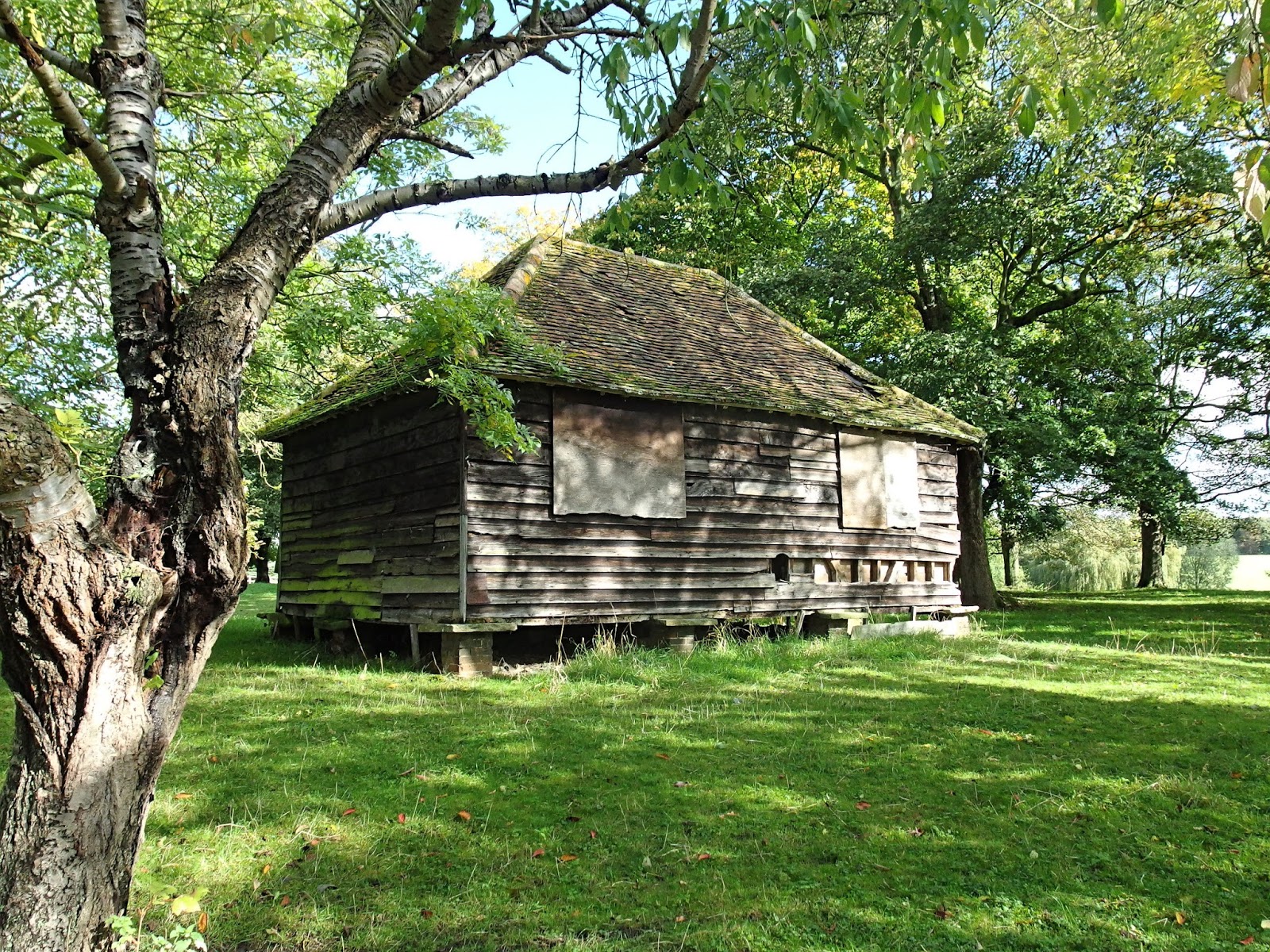 This old and somewhat dilapidated building, standing in the corner of a meadow, might have been an old granary as it is built on brick piers as such buildings usually were. But it seems more likely that it was a hen-house built in this way to keep rats and foxes out. 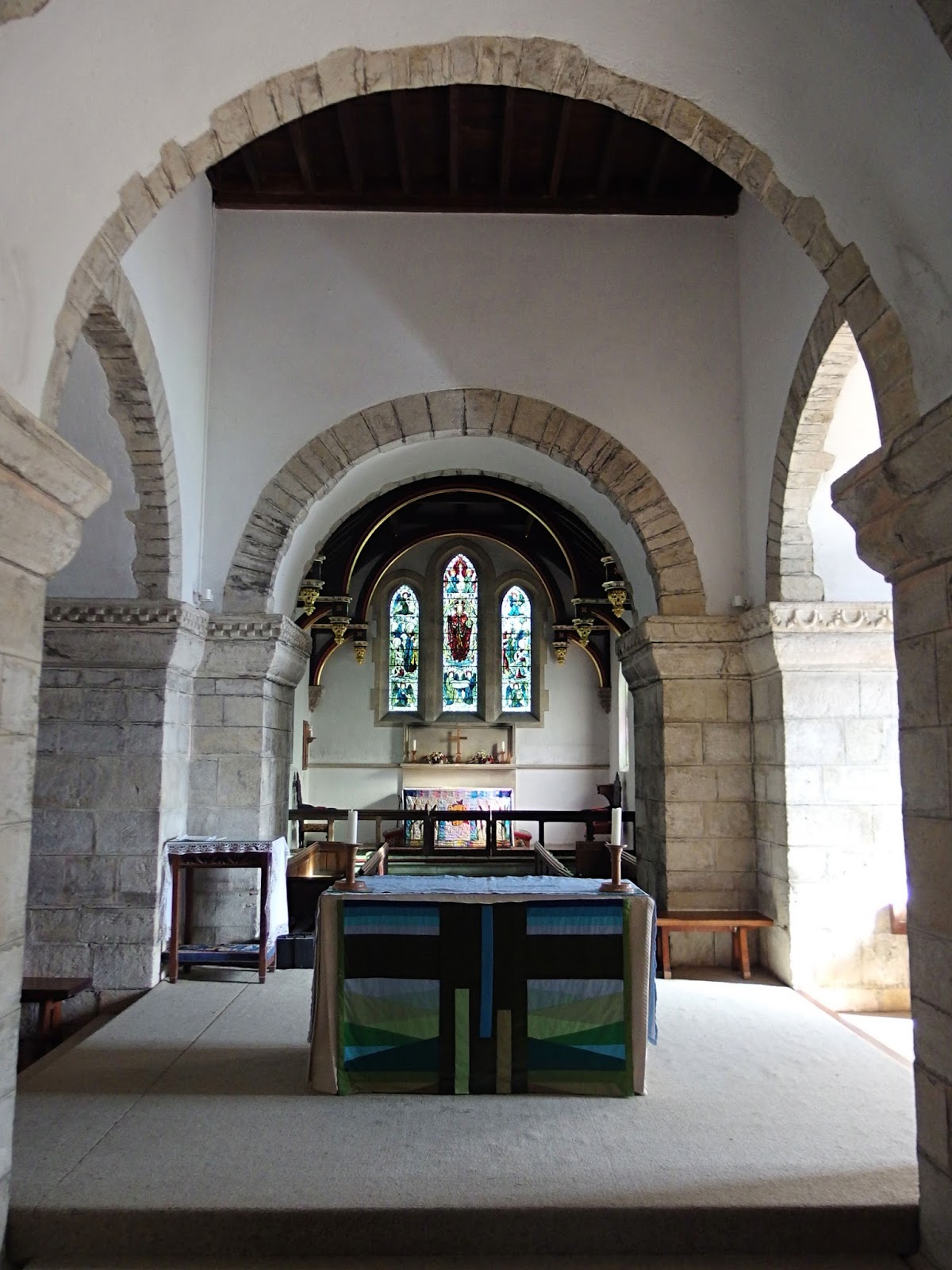 At Weston I popped into the church and found it an interesting, though much restored, building. it is well-known as a location for the performance and recording of music as the acoustics are particularly fine. It was built on a cruciform plan with the tower at the crossing point. This was a popular but difficult plan; supporting the tower was always a problem, but it  was also an unsatisfactory lay-out as the congregation was split between three arms of the cross. As a result many have been modified over the centuries. However here the huge arches which support the tower can still be seen. 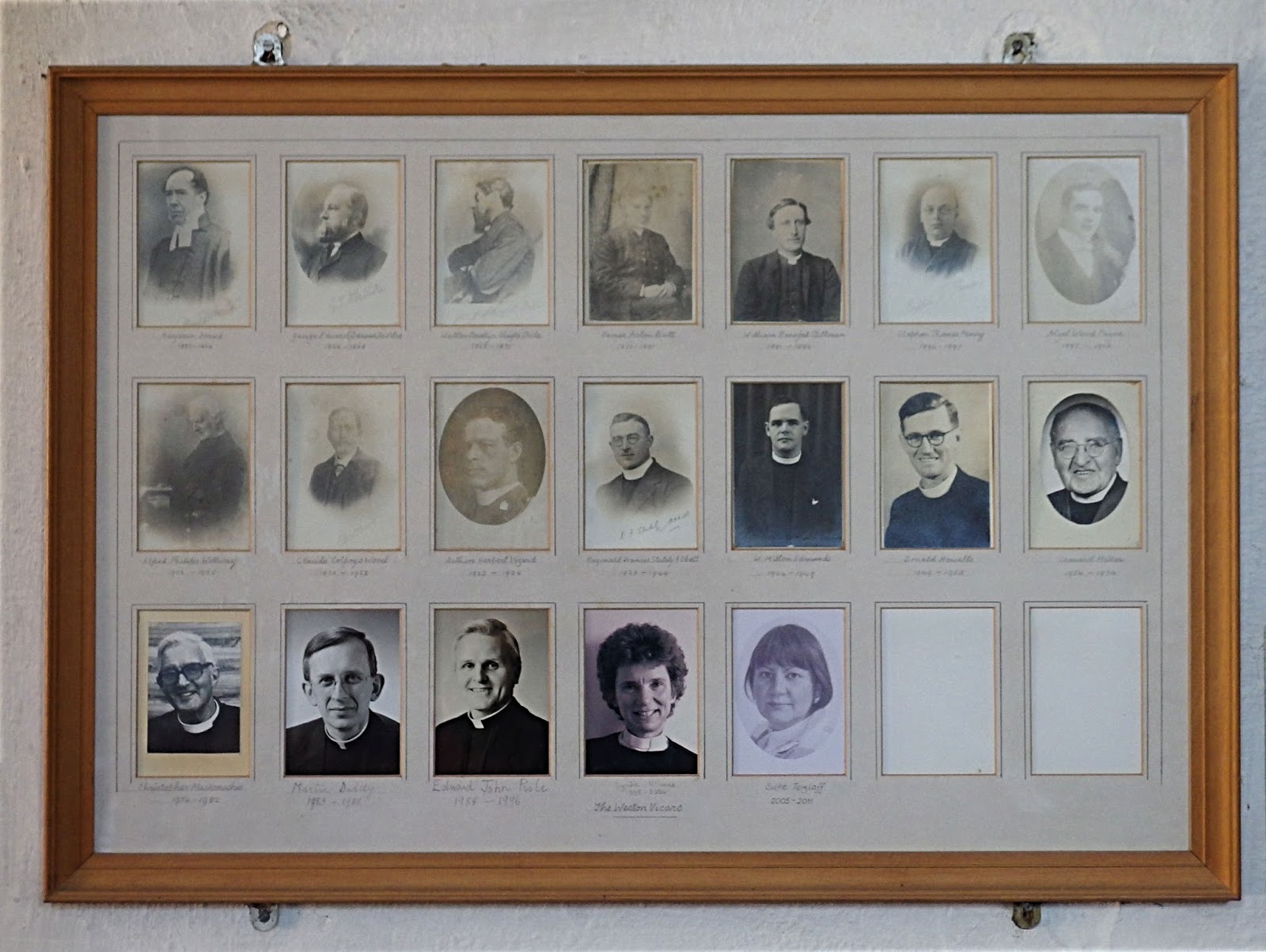 As well as the usual list of vicars going back into deep antiquity there are photographs of the incumbents since the mid-nineteenth century. A nice touch. 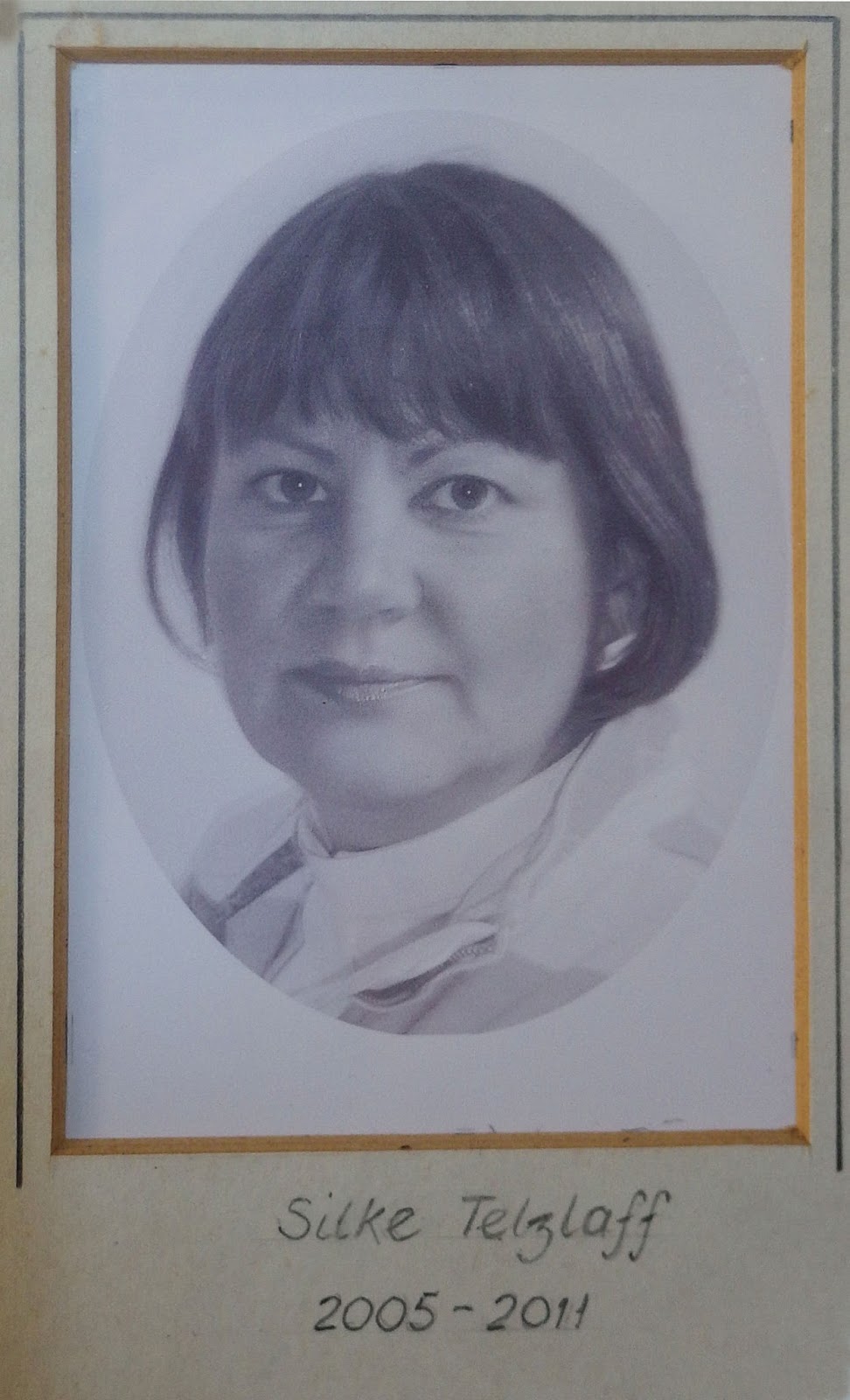 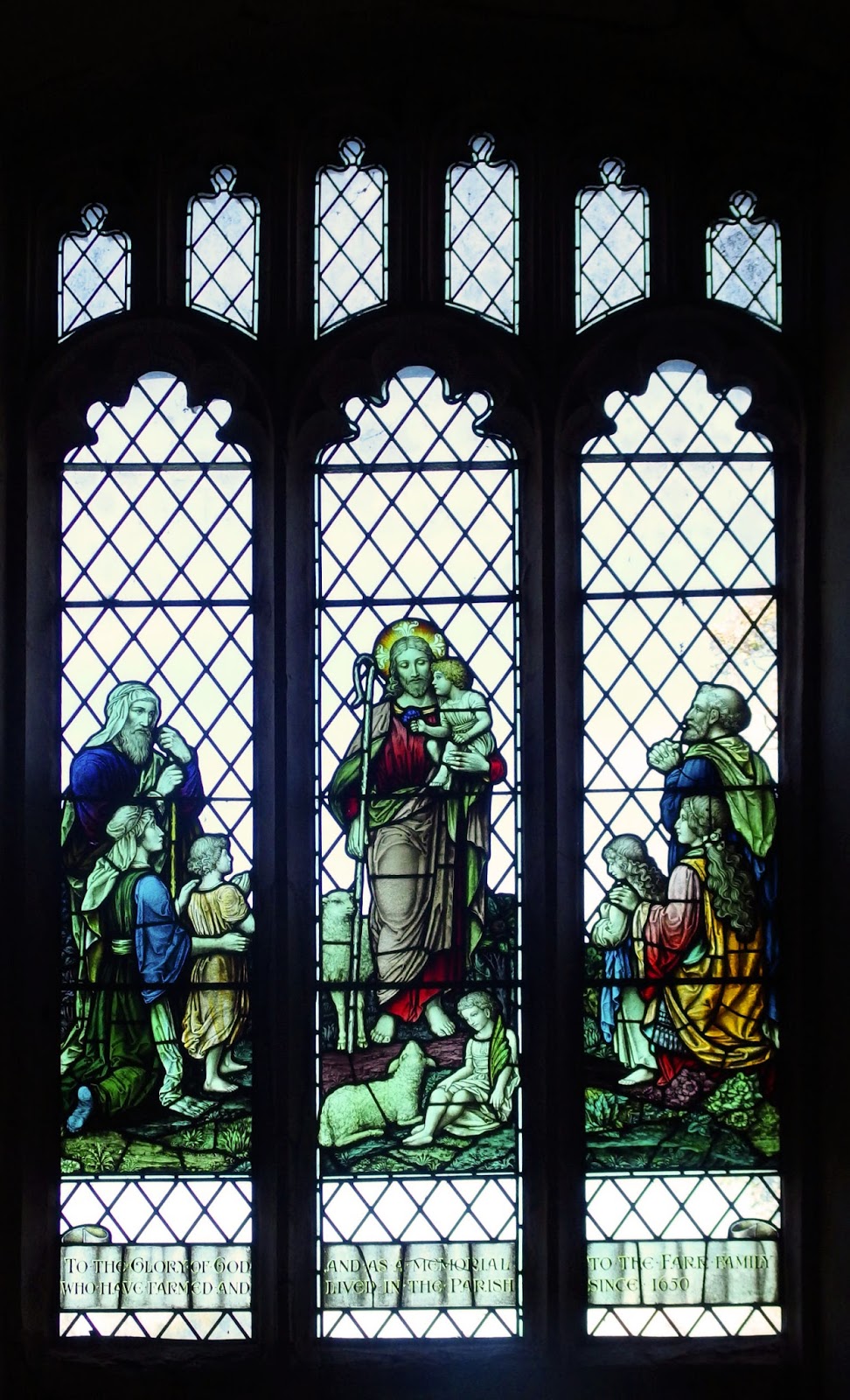 I also rather liked this window, which is neither particularly old or remarkable. I just liked its dedication which reads "To the Glory of God and as a memorial to the Farr Family who have farmed and lived in the Parish since 1650". What a fine memorial to a farming family.

Posted by John "By Stargoose And Hanglands" at 17:00