If you saw the last post of the weird reflection encountered in King's Parade then you might have guessed that I was on my way to King's College Chapel. This was supposed to be an introduction to that building, and indeed it will have to serve as such, but through my over familiarity with my subject I now realise that I've omitted to take some of the more obvious shots! Anyway here's one obvious picture I did manage to take: 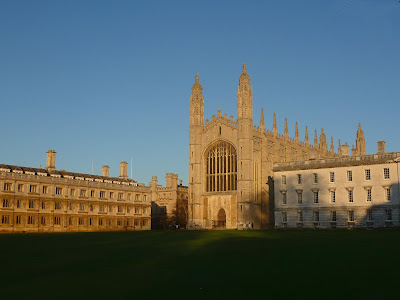 King's College Chapel
flanked by Clare College on the left
and the Gibbs Building, part of King's, on the right.

You enter through the north porch, which it must be admitted is rather like going into a house via the tradesman's entrance. This approach however has an interesting story, which is one of several "not a lot of people know that" disclosures which will be in my next post. 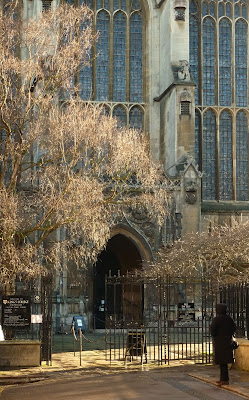 The Chapel was conceived by the founder of "The King's College of Our Lady and St Nicholas in Cambridge", King Henry VI. It was supposed to be for 70 scholars drawn from poor backgrounds, but when he drew up instructions for a Great Court to be built he clearly wanted something which would exceed in grandeur every other college in Oxford or Cambridge. In the end of Henry's grand vision only the Chapel was built, and that was not completed in his lifetime. 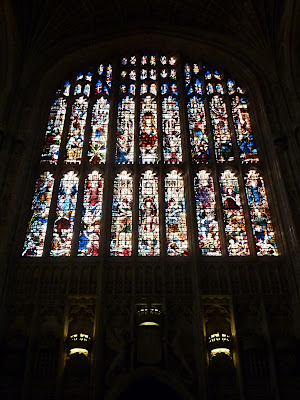 One enters into a space of light and magnificence, especially when a bright day brings life to the great windows. 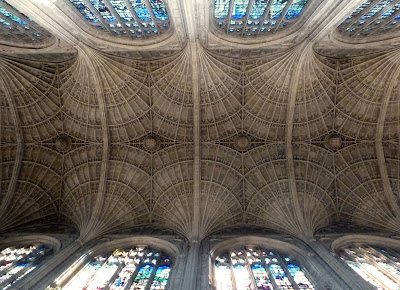 The ceiling is a wonder of Tudor masonry, its huge fan-vaulted expanse being the largest that had ever been attempted at that time. The mathematical ingenuity and engineering expertise required to construct a ceiling at this height can not be over estimated. 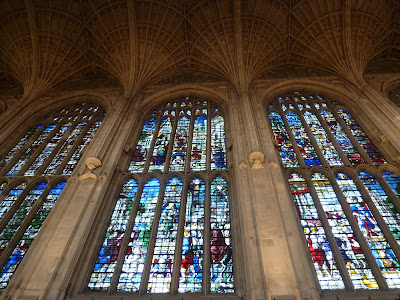 And the huge weight of the ceiling appears to be supported by just windows and slender shafts. 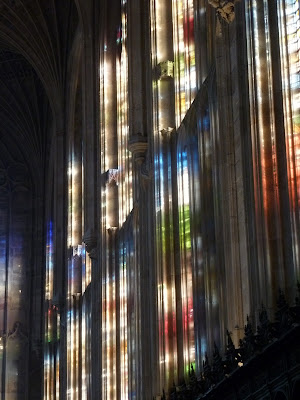 The sun streams in through the stained glass and throws a rainbow of colours on to the stone pillars. Or else throws gentle light on to a small statue in a side chapel... 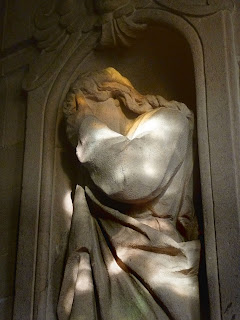 ...although it's temping to always look up it's also worth casting an eye on to the stone steps worn by centuries of footfall... 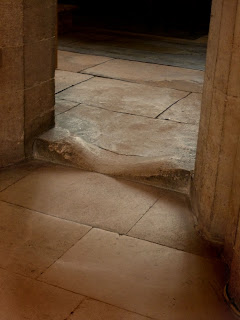 The dark oak Screen, which houses the organ, divides the choir from the ante-chapel. The Screen was built during the reign of Henry VIII, who eventually saw the final work completed on the Chapel nearly a century after it was begun. 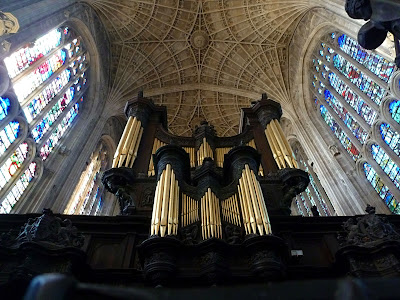 The ornate carving on the Screen is continued on the choir stalls.... 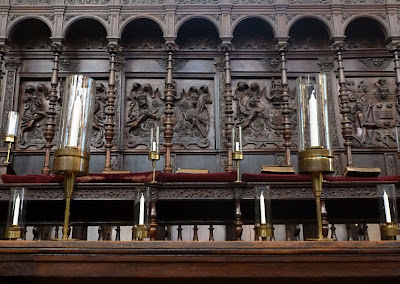 ...it is possible to attend choral evensong in the Chapel on almost any day during term time. The voices of the choristers soaring up to the vaulted ceiling is a truly moving sound. 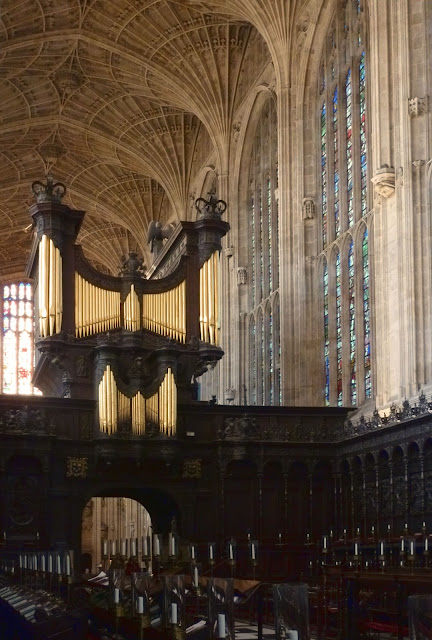 Moving outside again, having seen not only what I've shown you but also what I've neglected to include (!), we can see the great buttresses which actually bear the weight of the ceiling rather than the narrow columns visible from inside the building. 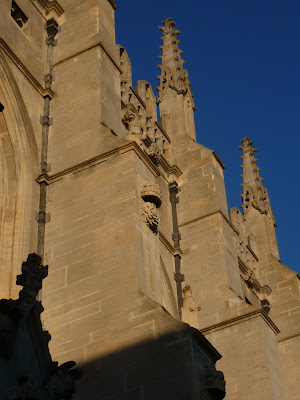 Or you might just stare up and marvel at the sheer size and audacity of the construction. Is it a perfect building? Tune in to the next post! 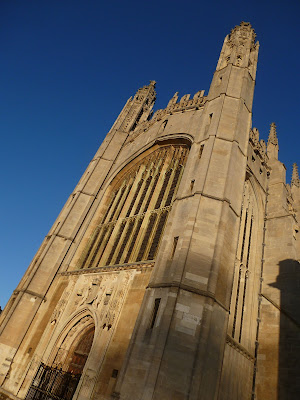 Posted by John "By Stargoose And Hanglands" at 23:04