I haven't been anywhere that's yielded a set of photos lately, though I've still been out and about, finding a few bits and pieces, here and there. 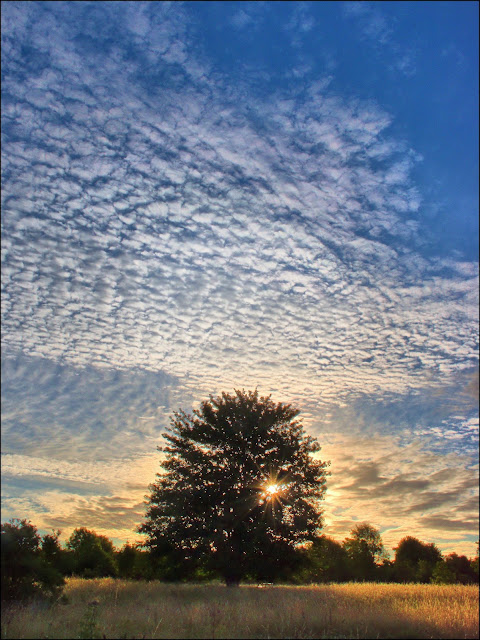 This was the sky over Stockbridge Meadow at Unreasonable O'clock one morning, sunrise being about 04:30 in these latitudes at this time of year. 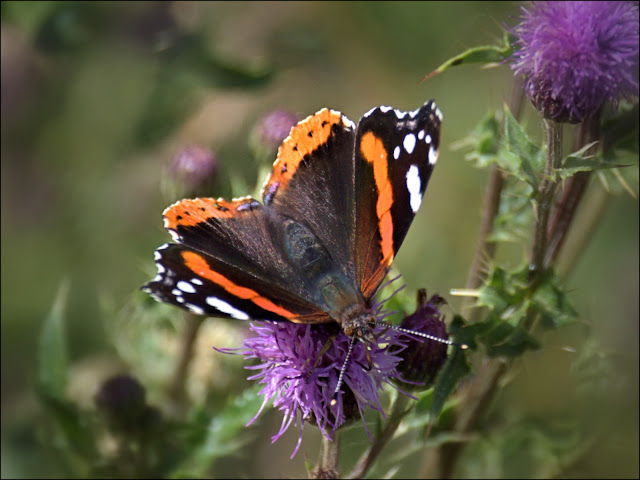 A little later in the day there'll be some butterflies about. This is the widespread but rather beautiful Red Admiral. 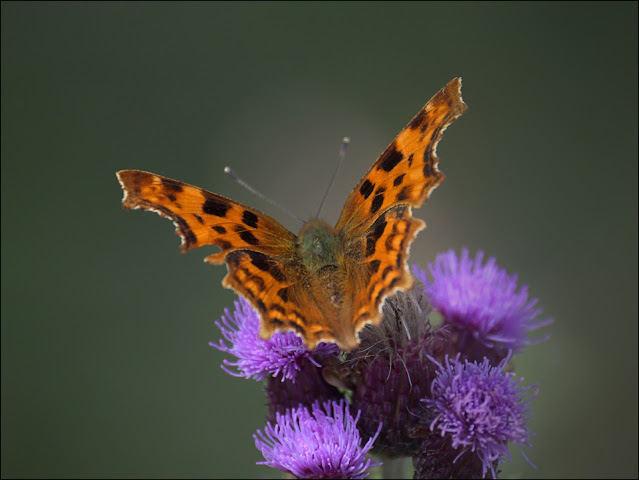 And here's a Comma which gets its name from a tiny white punctuation mark on its underwing, completely ignoring the obvious fact that the wings are a completely different shape to any other butterfly on these islands - scalloped and indented like a piece of jigsaw puzzle. 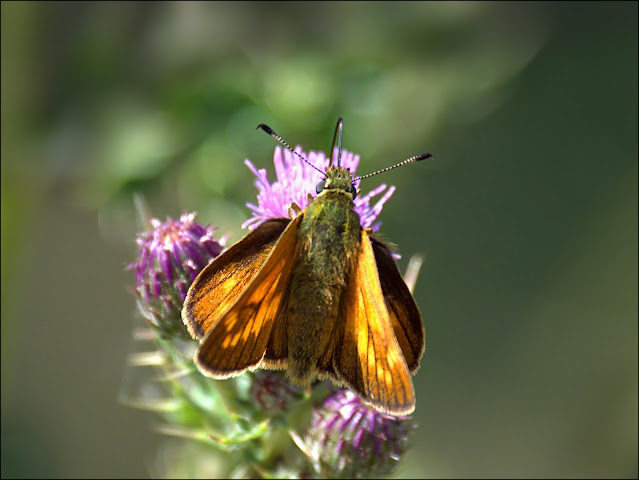 This tiny, moth-like butterfly is a Large Skipper. 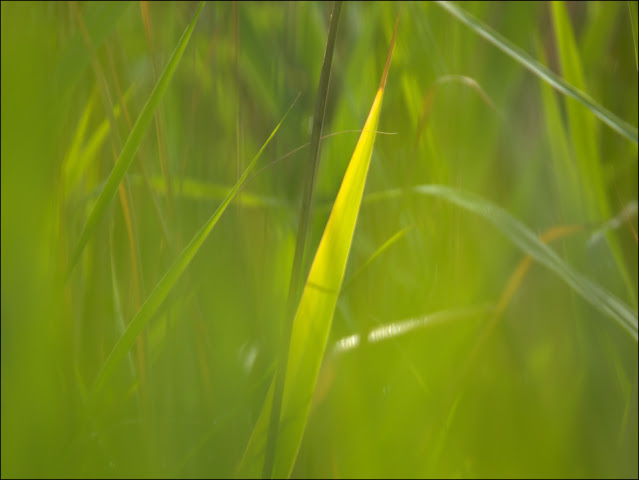 And here's a dragonfly that's just gone! I liked the soft, dreamy look of the reeds so took a photo anyway. 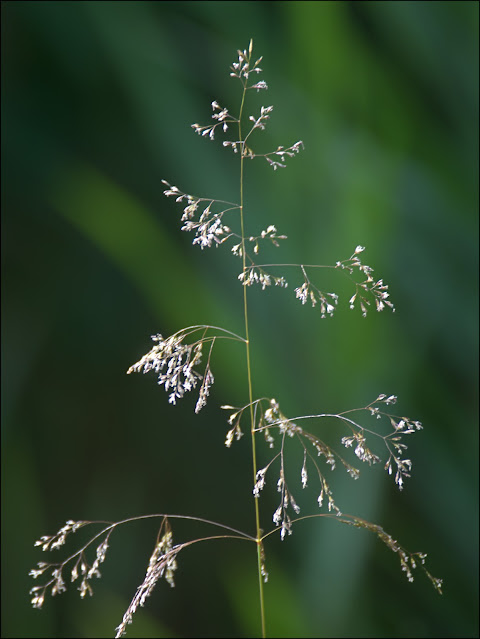 Backlit grasses can look soft and delicate in the early morning light. 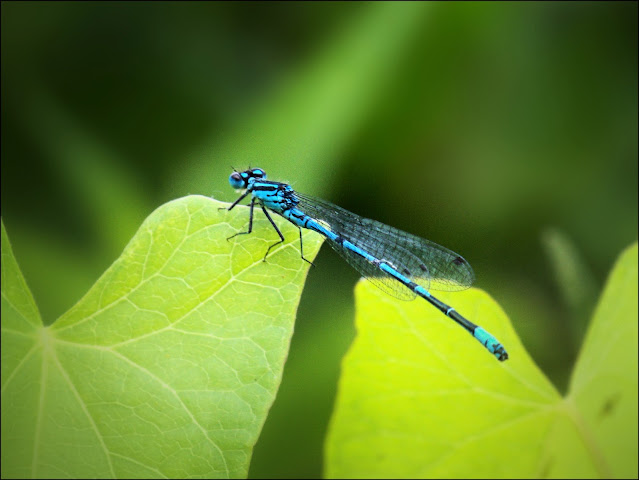 And a damselfly that didn't fly away! A male Azure Damselfly, if I'm not mistaken. 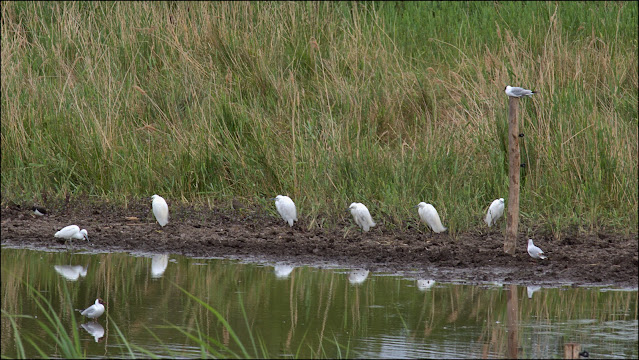 My nearest RSPB bird reserve at Fowlmere had a visit from seven Little Egrets recently (one insisted on feeding on the other side of the mere!) Before 1990 we were lucky to get a dozen or so Little Egrets visiting the UK each year: now there are over 700 breeding pairs here in summer and even more visiting during winter. 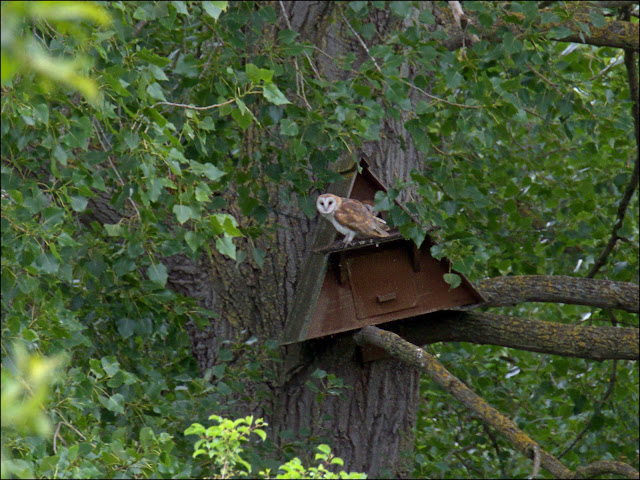 Fowlmere's resident Barn Owls can often be seen around their nest-box. I also had another birding trip to Smithy Fen, one of the less salubrious parts of Cambridgeshire...... 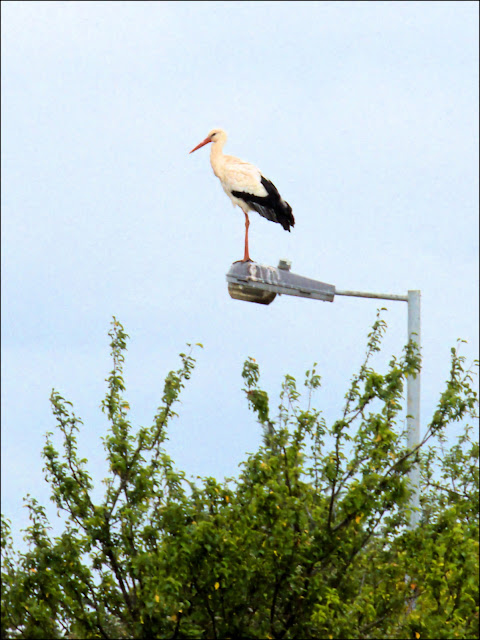 ....but there's a flooded field there which is particularly attractive to birds and over 150 species have been logged there over the last few years. The latest celebrity to take up a brief residence there is Marg the Stork. Nobody knows where this White Stork has come from, though a few overshoot their usual migration stop most years. 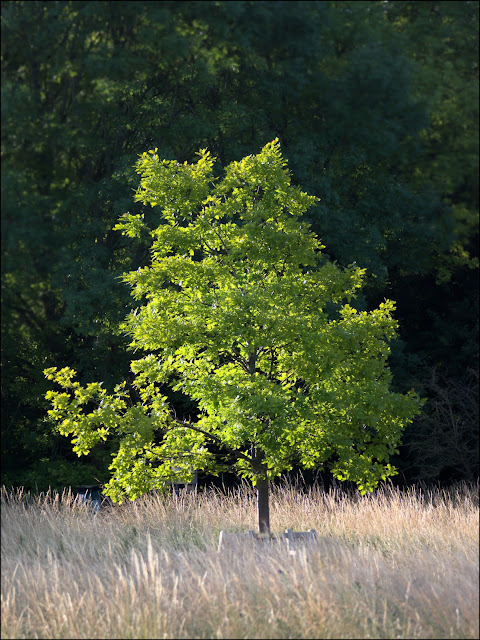 We'll pop back to Stockbridge Meadow for the last couple of shots of the early morning light. 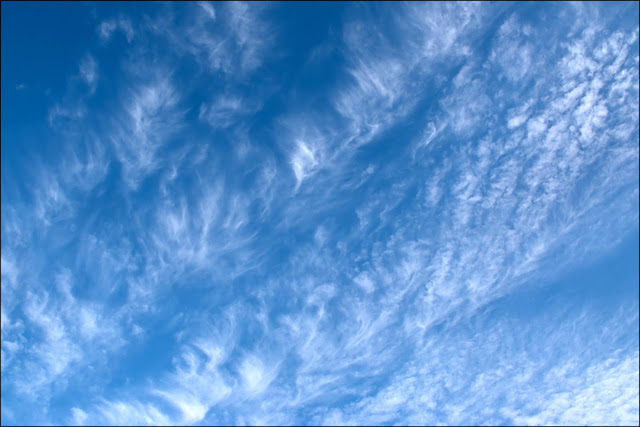 *******
YouTube's mysterious and inscrutable algorithm has decided recently that I like guitar music. For once it's got something right.....
"Why worry" (a song by Mark Knopfler)
played by Muriel Anderson on a Brunner Compact Harp Guitar.
Take care.
Posted by John "By Stargoose And Hanglands" at 16:37