Down In Deepest Suffolk

The Suffolk Coast and Heaths is an area which is poorly served by public transport, so it remained relatively unknown to me, till my brother retired from work and now occasionally drives the two of us to the RSPB bird reserve at Minsmere for a day's walking and birdwatching. 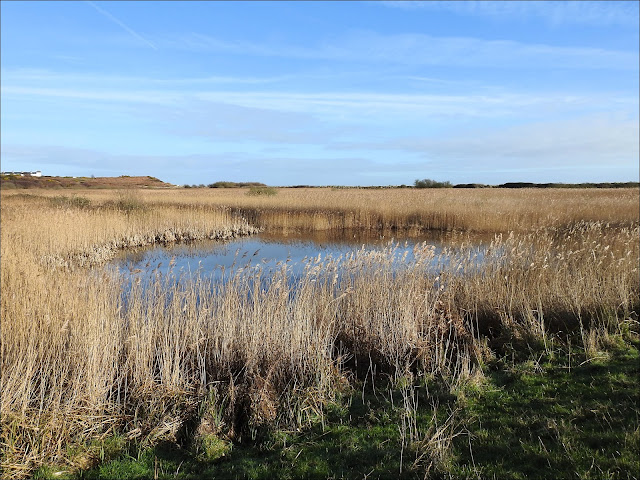 Many would say that this is the best spot for birds in England and it certainly has a wide range of landscapes with something to please most birds. Reedbeds, damp pastures, shingle banks, heathland, shallow scrapes and woodland are all represented in a fairly compact area. At this time of year there are many different species of duck to be seen. 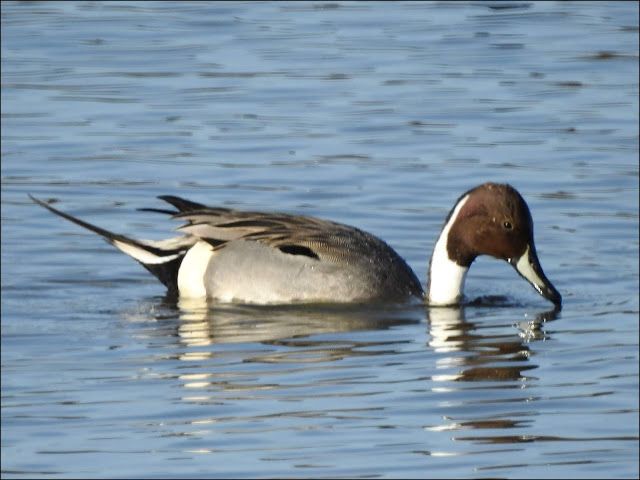 This elegant fellow is a Pintail (I'll let you work out how it got its name). It's all style and grace - a duck that's been to finishing school, for sure! A few pairs nest in the UK but mostly they just come here for the winter - and welcome visitors they are. 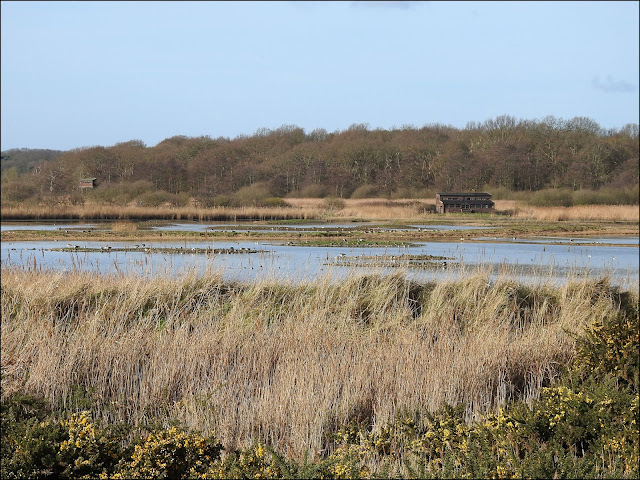 And these shallow bodies of water are just right for them. It may surprise you that this is a man-made landscape, but one that's designed specifically with birds in mind. Before the Second World War this land had been drained for agriculture, but it was hastily returned to marshland to make any invasion along this stretch of coast more difficult. The Nazis didn't come but the birds did! 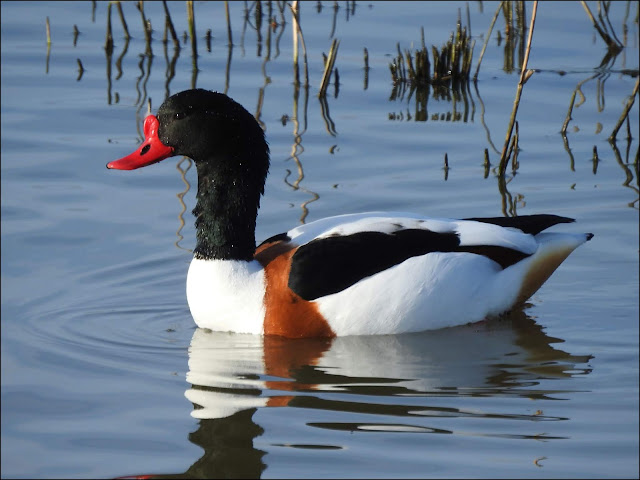 The Shelduck is a big, handsome duck - as large as some geese - and is the novice birdwatcher's friend as it can hardly be mistaken for anything else. There were ten species of duck on the scrapes yesterday, including one Green Winged Teal, a visitor from North America. Not a very entertaining guest though; it spent the whole time we were there sound asleep as far away from the hides as it could get. I dutifully focussed the scope on it and ticked it off on the year-list, but I can't say it was particularly exciting to make its acquaintance. 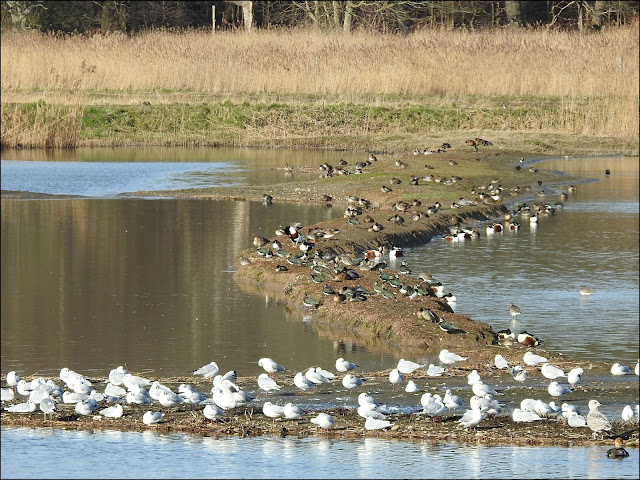 There were plenty of gulls on the scrapes too and luckily there was an expert on hand to point out the more interesting ones. 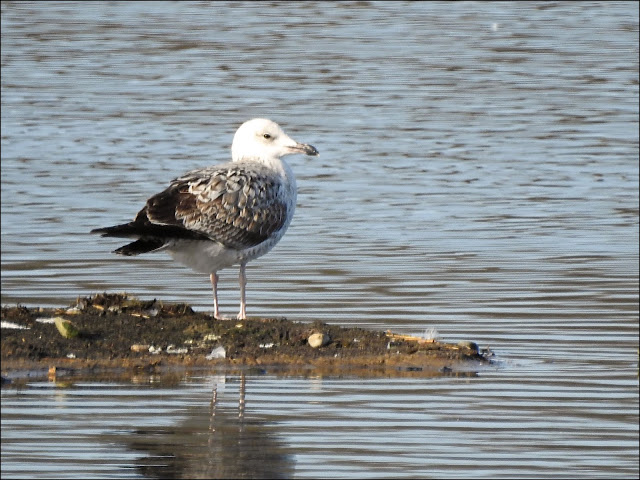 This, I'm reliably informed, is an immature Caspian Gull. People who are experts on gulls are a special breed indeed, telling gulls and all their immature variations apart is a seemingly impossible skill to master. And every few years they make it harder by sub-dividing the various species into more and more subtle distinctions. Shelducks are a lot easier! 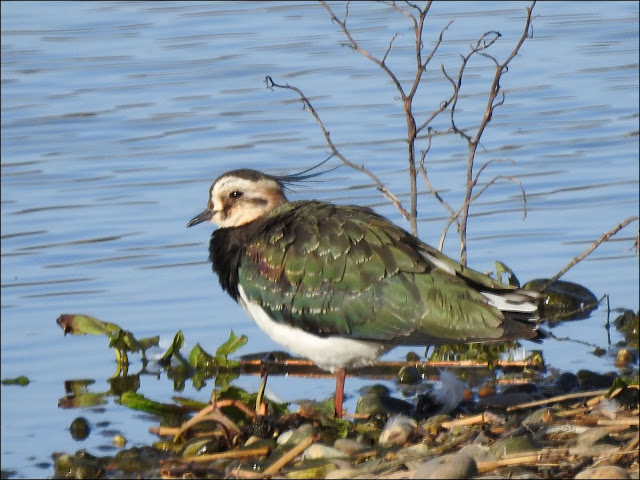 One of the few waders on show yesterday were Lapwings, familiar farmland birds during my childhood but less numerous these days. We always called them Peewits, from the call they make, while the bird guides of the time told us that we should call them Green Plovers. Now everyone seems to have settled on Lapwing. 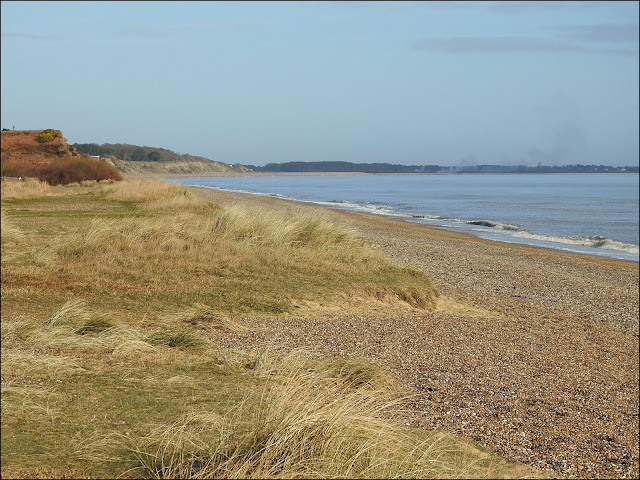 There's so much to see that you can almost forget that you're on the coast and actually there was very little wildlife on the ocen wave. A few Cormorants were fishing and every now and again a seal popped its head up for a quick look around. Around lunchtime we went to the nearest pub, the Eel's Foot at Eastbridge for a meal and a pint.


On the ceiling above us was a reminder that the BBC's Springwatch nature programme was based here in 2014. All the team involved in the filming have signed their names. 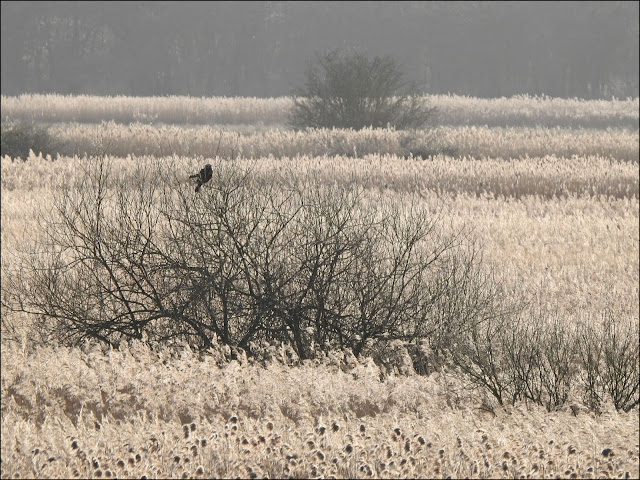 After lunch we explored the reedbeds but the Bitterns which we'd hoped to see were hiding deep among the reeds. A couple of Marsh Harriers made the odd hunting sortie but prefered to just sit and watch from the tops of distant bushes. You'll just have to believe me that that's a Marsh Harrier! 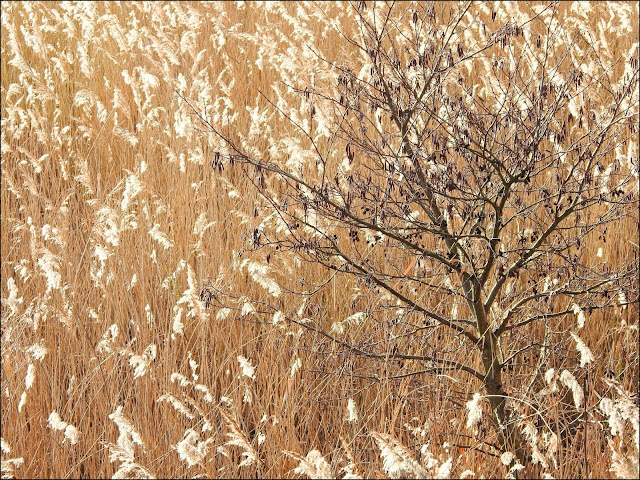 But I really don't care; I just like taking photographs of the elusive beauty of reedbeds. Over on the horizon though was the looming shape of Sizewell B nuclear power station and, while I'm dreaming of reedbeds, EDF Energy are dreaming about their plans for Sizewell C, a development which the RSPB fear will have a negative impact on their conservation work. 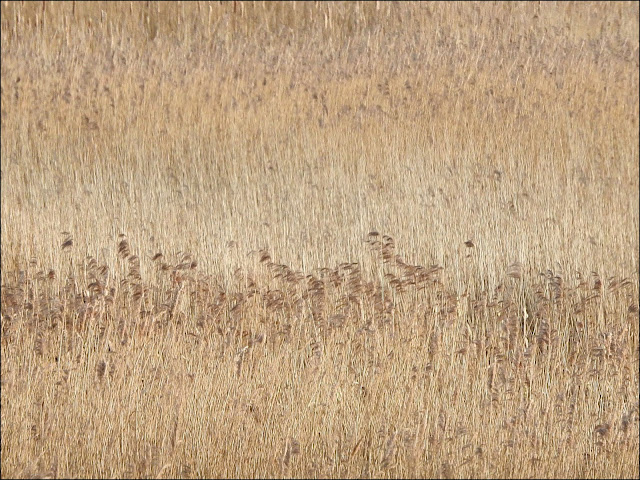 Sorry, I can't help myself! Earlier in the day, as we passed a smaller reedbed, we'd heard the unmistakable sounds of Water Rails - these secretive birds make a noise just like a squealing pig, it really can't be anything else (unless there's an actual pig in there of course!). 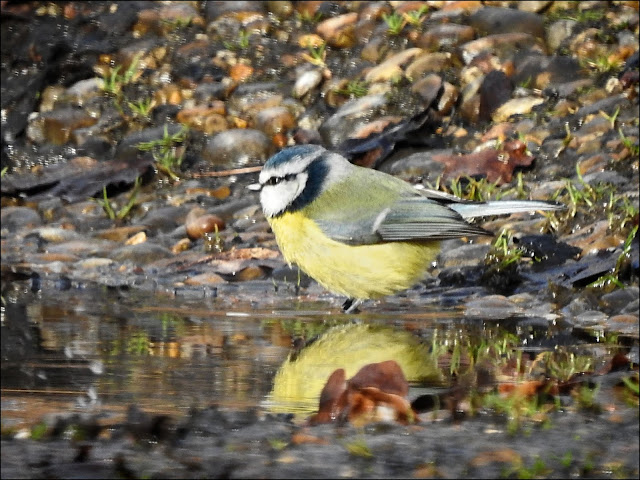 Making our way back through the wood we spotted a Blue Tit taking a drink from a puddle. They are one of our most familiar birds as they turn up anywhere that you hang out a bird feeder. 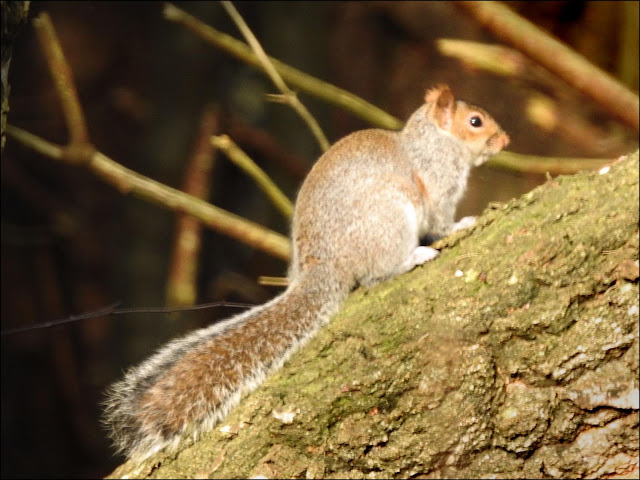 A Grey Squirrel was sunning himself on a branch. 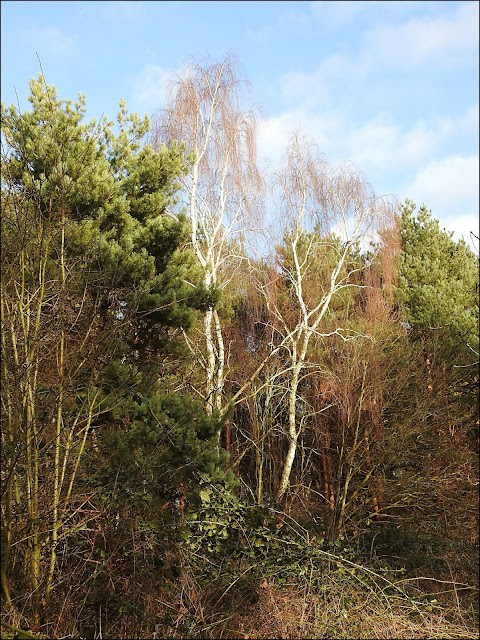 Back at the café at the visitor centre we sat and watched the birds on the feeders, mostly Blue Tits, Great Tits and Chaffinches (below). 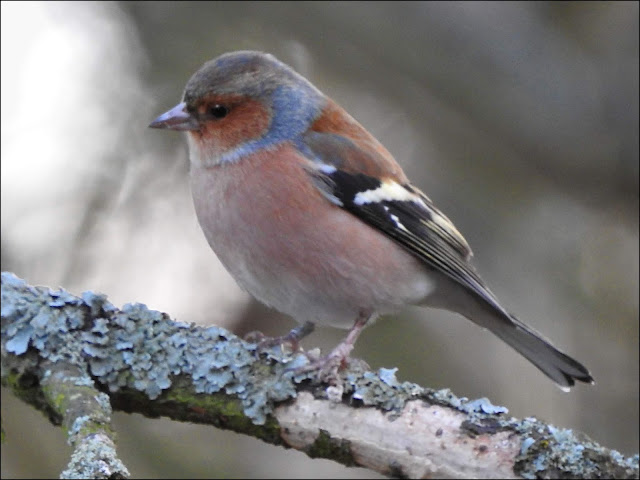 Posted by John "By Stargoose And Hanglands" at 19:09