A Walk In The Park

As promised last time, in this post I'll show you some more of my wanderings in the park and farmland surrounding Knebworth House. 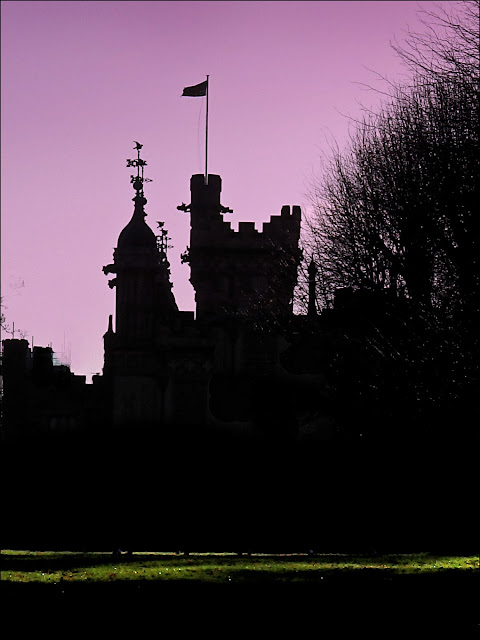 The legacy of ancient footpaths and rights of way is maintained here, as in many other parts of the country, despite the all-powerful lords of the manor grabbing the area around their ancestral homes for their own recreation. Even today this is still rather inconvenient for the landowner, since the House depends for its survival on money from visitors to its adventure playground, dinosaur park, classic cars rallies and rock concerts, as well as those wishing to see the grandeur of the House and garden. All it can do is put up signs to ask walkers to stick to the public paths and, if they are tempted by other attractions, to pay up for a ticket. 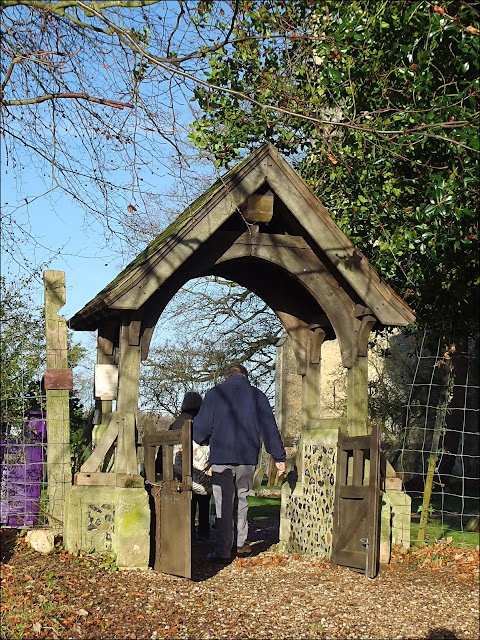 I'd been warned that the church is often locked, but I was encouraged to see a couple entering by the lych-gate. It turned out that they were here to decorate the church for Advent and, as long as I removed my muddy boots, I'd be welcome to look around. 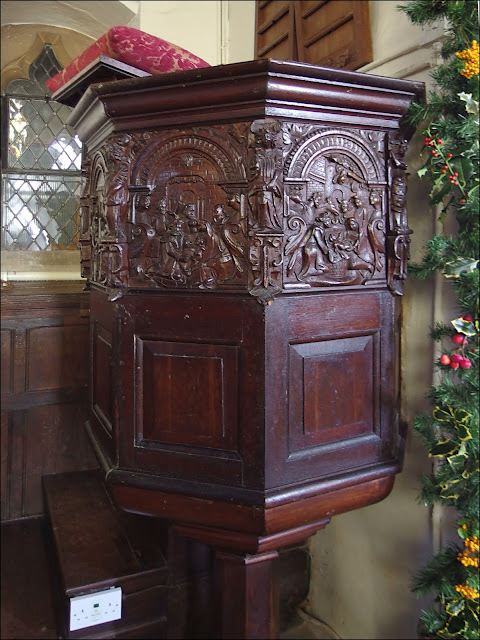 The gentleman was keen to point out the ornate carving on the pulpit - "seventeenth-century, Flemish" he said, and also informed me that the most notable feature was the side-chapel which was stuffed full of memorials to past owners of Knebworth House. 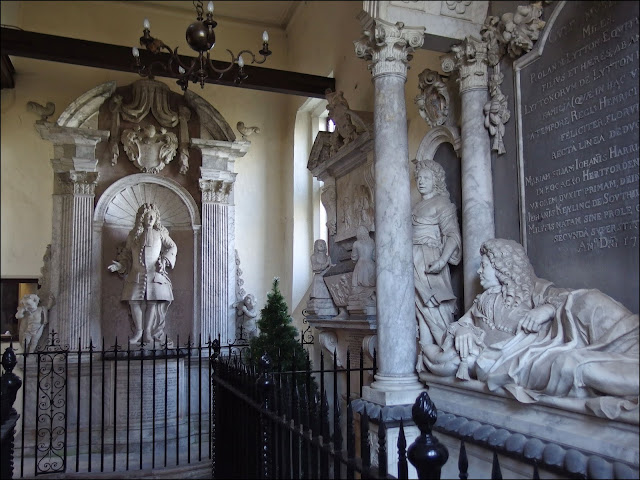 I had a good look around despite the feeling that I was interrupting some kind of family conversation between these cold, stony-faced ancestors. 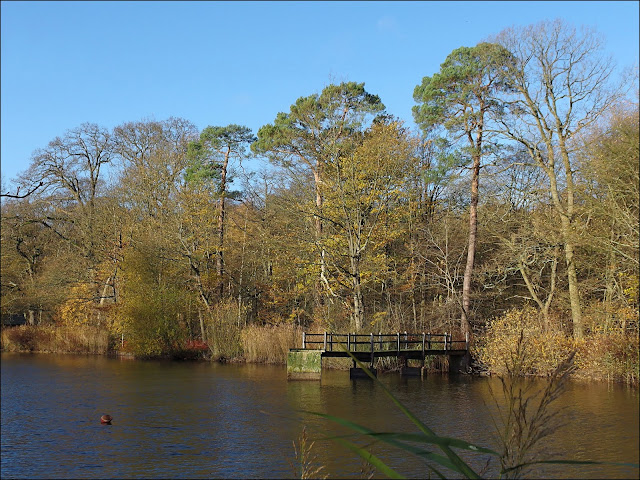 Like all good stately homes Knebworth has its ornamental lake, created by damming a small stream in the grounds. Unusually this one is at some distance from the House and surrounded by trees - not much chance of getting any help if some junior boatman got into trouble in the water. 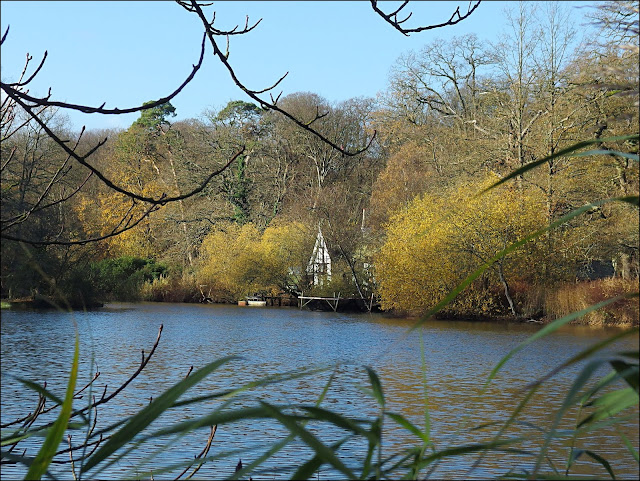 The designated footpath skirts the lake without ever getting quite close enough to give unimpeded views. One wonders if this secluded spot would have appealed to the writer, Edward Bulwer-Lytton, as he sought inspiration for his novels. Or if the reclusive Lady Constance wandered here as she contemplated society's injustices. 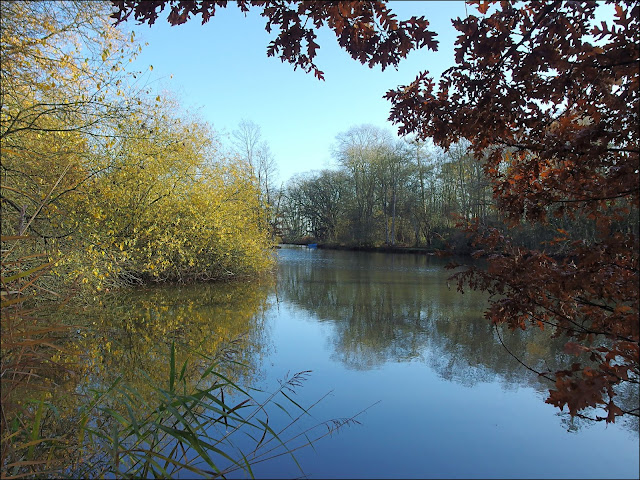 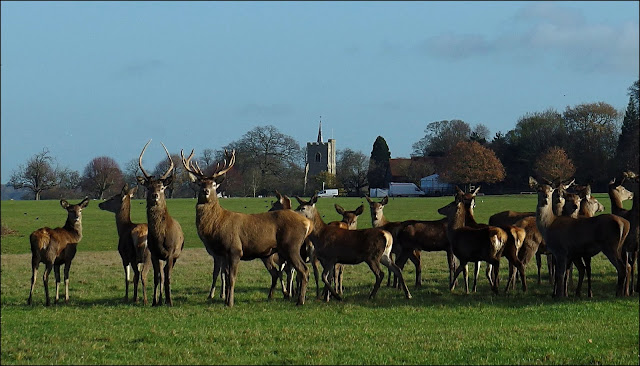 Besides signs telling me to stick to the footpaths I was also advised not to approach the deer as they are "wild animals". That's not quite true as they are confined by high fences to the park, but do live as wild animals nevertheless. 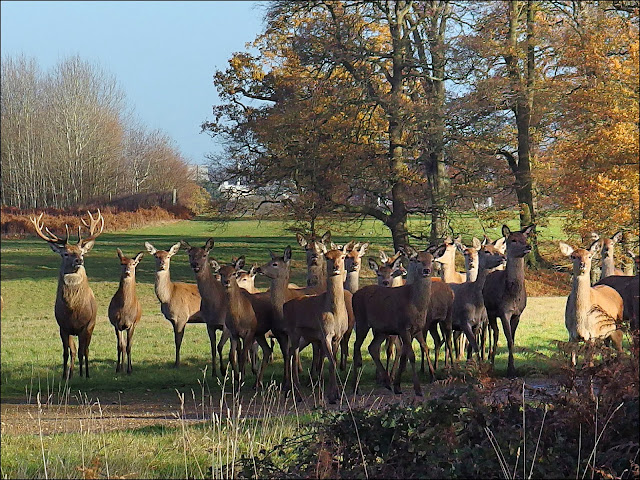 These are Red Deer, Britain's largest native species, and the stags can become aggressive, particularly during the Autumn rut, so I didn't approach too closely. Most of their testosterone-fired belligerence, however, is directed at other males and on occasion this can lead to the death of an old stag as he is deposed by a younger rival. 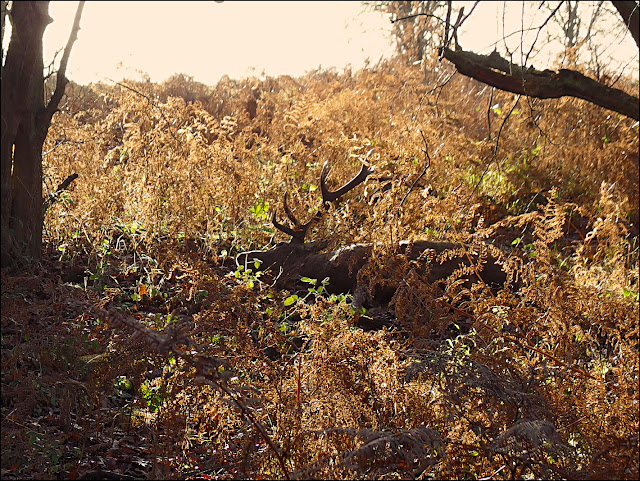 Monarch of the Glen no longer. 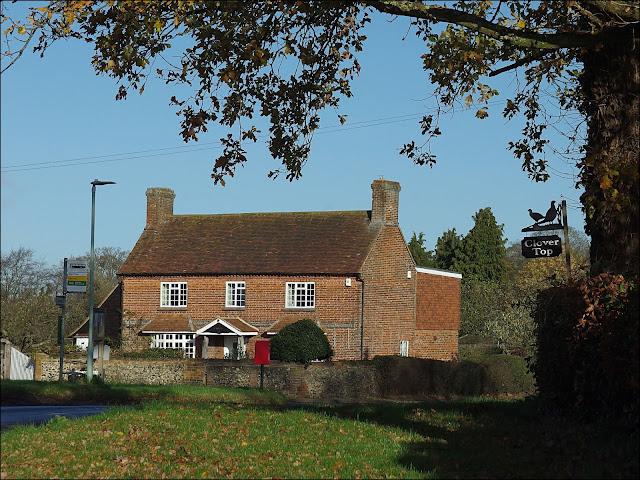 The countryside hereabouts is bespeckled with small settlements of just a few houses, though often with the kind of Tolkien-esque names which demand investigation. Above is the pleasant hamlet of Nup End. But we can do better still.... 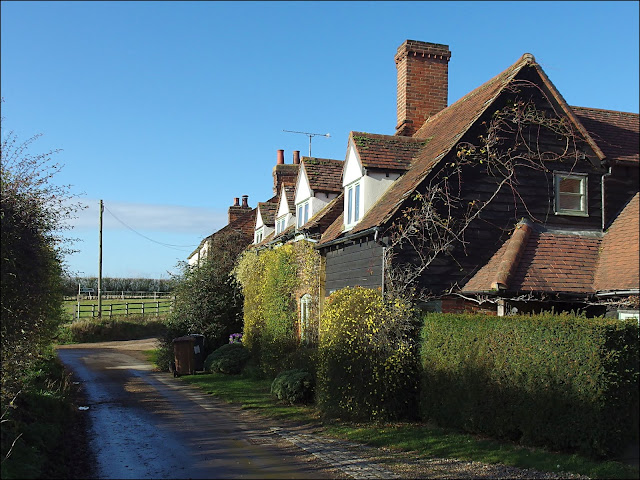 These two isolated dwellings form the unforgettably-named Hogsnorton. Its name is nothing to do with snorting but much to do with hogs. The Domesday Book records this area as having pannage for two hundred swine. "Pannage" means woodland where that number of pigs could find sufficient food. So the name translates as "the northern farm where hogs are kept". It lies to the north-east of the village of Codicote meaning that the prevailing south-westerly winds would carry the unmistakeable piggy fragrance away from the houses. 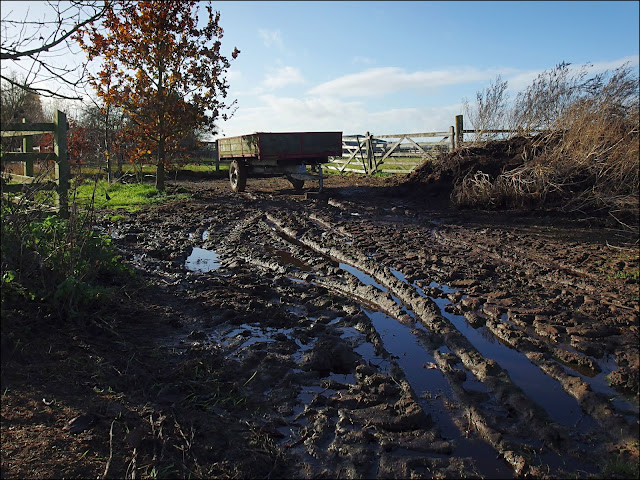 And this, ladies and gentlemen, is Hogsnorton Lane which my detailed map, and a small sign erected by the county council, assures us is a "highway open to all traffic". Someone's havin' a laugh!

The leaves are mostly scattered by the wind now, with only a few obstinate oaks refusing to join in the seasonal striptease, but the oblique sun glancing off the land still provides beauty as we approach midwinter. 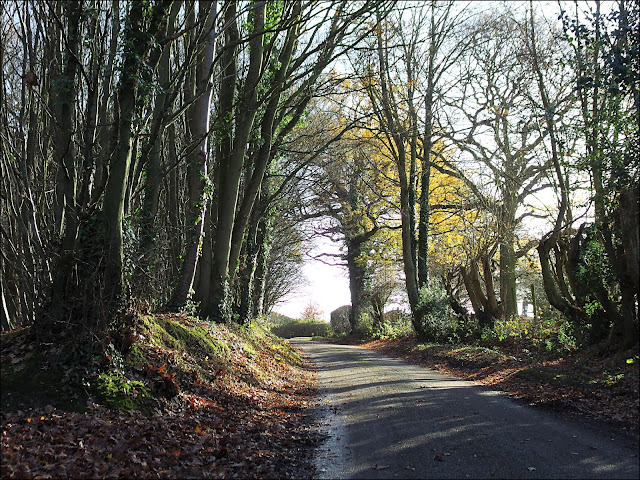 Apart from instructions to stay on the footpaths and beware of the deer, the signs on just about every footpath leading into Knebworth Park make one parting demand on the walker "Enjoy your day!" they chorus. Yes, I did. 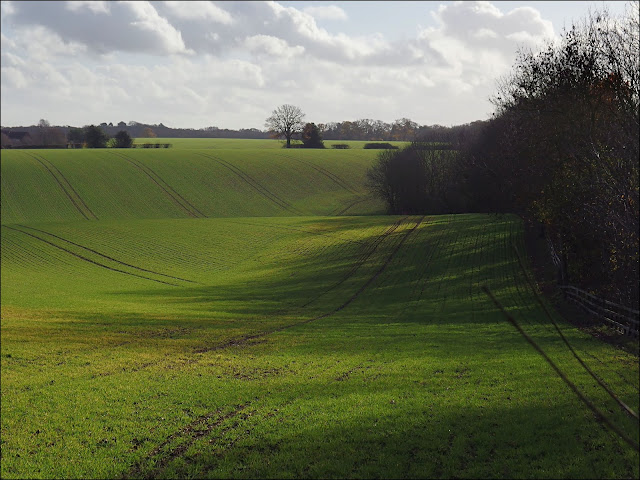 Posted by John "By Stargoose And Hanglands" at 08:11