Commons And Greens And Bits And Pieces

,,Cambridge may well have a larger percentage of green spaces than any similar sized city in these islands. And that green comes in various forms, from perfect lawns to rough grazing land. A few days ago I went on a circular walk around Cambridge to sample some of these green areas. 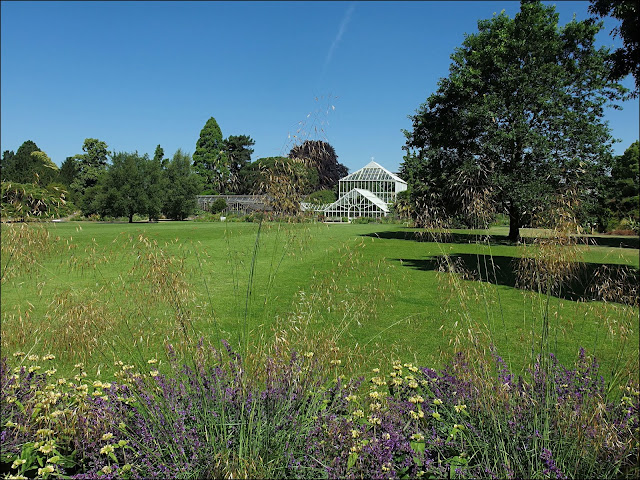 Mostly we'll be on public spaces, where anyone may go without paying for the pleasure, but I'm going to cheat a bit by starting off through the Botanic Gardens. I often encounter interesting people here and today it was a group of Buddhist monks with shaven heads and saffron robes. One of them seemed to be translating an information board for his companions, they were all giggling gleefully and produced smart-phones from their robes to photograph proceedings. 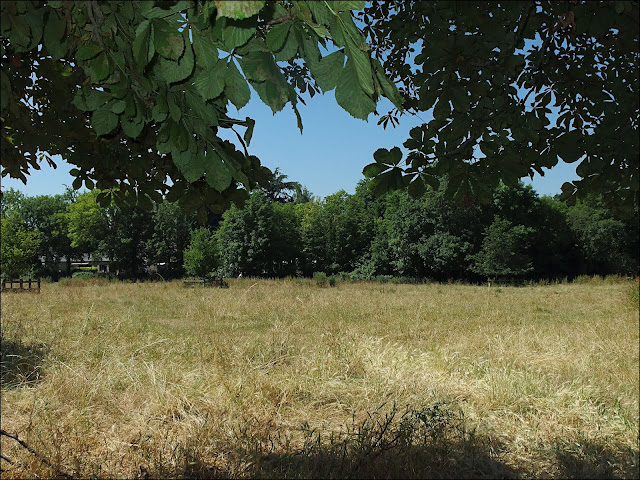 Leaving the Botanics I crossed the road to a small parcel of land known as New Bit (we'll get on to the "pieces" later, not to mention "commons" and "fens"). There are plans to turn New Bit into a mini nature reserve, wildflowers have been sown here and a few native trees planted. 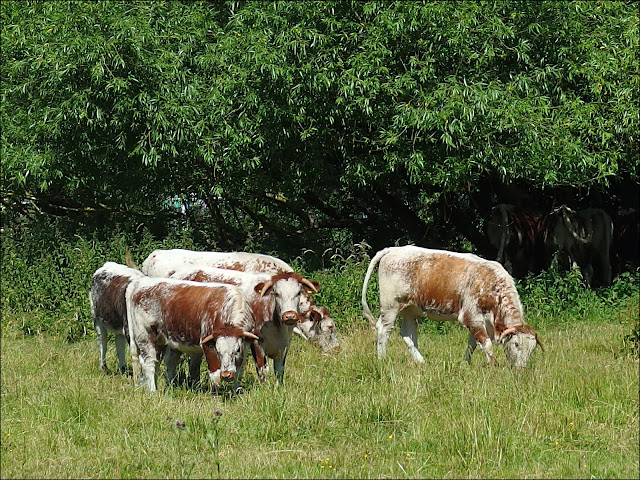 A path leads alongside Vicar's Brook and into Coe Fen which runs along the east side of the river. Coe Fen used to be Cow Fen and cows are pastured there to this day. Cross the footbridge over the River Cam and you're into Sheep's Green (where the sheeps used to be kept obviously). Both areas are rough grazing land divided up by many small streams. Birds like Grey Herons, Little Egrets and Kingfishers turn up here occasionally. 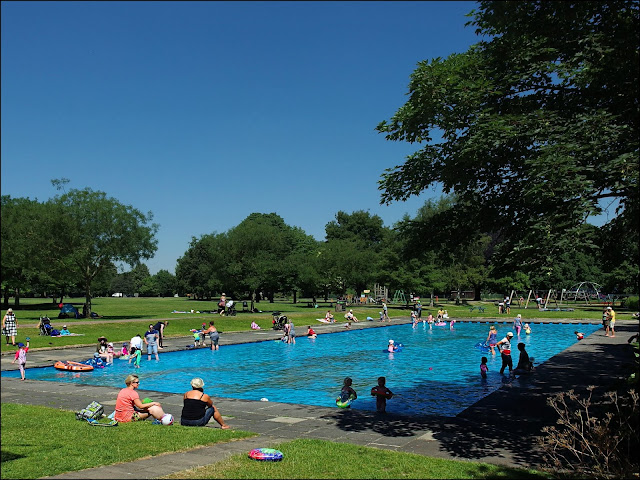 Cross another footbridge and you're into Lammas Land with its playground and paddling pool. After some more pleasant walking, through Sheep's Green and past Newnham watermill, you arrive at Laundress Green. 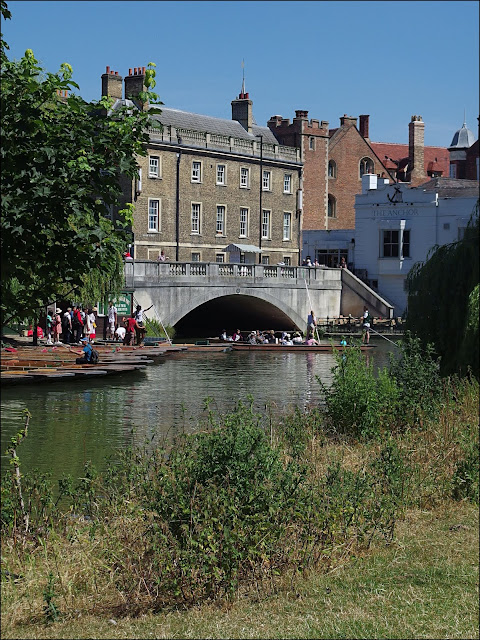 Laundress Green is surrounded by the river and its millstream. It gets its name from the fact that local women, who did the washing for the colleges, used to hang it out to dry here. It's only a small area and can get very crowded in summertime. When the young people of Cambridge say "Meet you down by the river" this is where they mean. There's a couple of convenient pubs nearby. 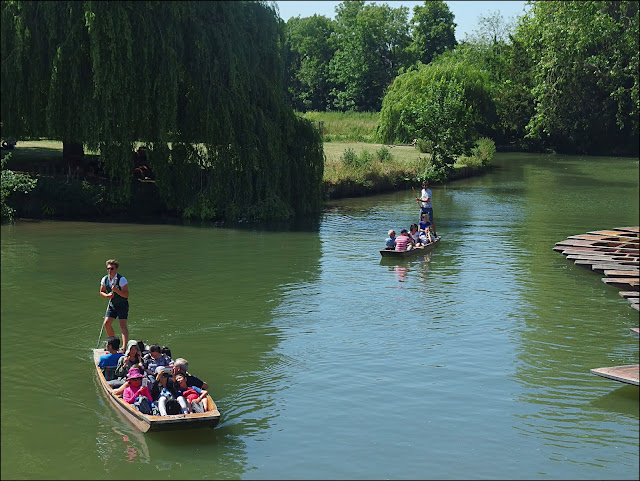 I don't know if the River Cam counts as green space, its waters certainly look greenish and it gets a lot of use as a leisure facility, both for fishing and boating. 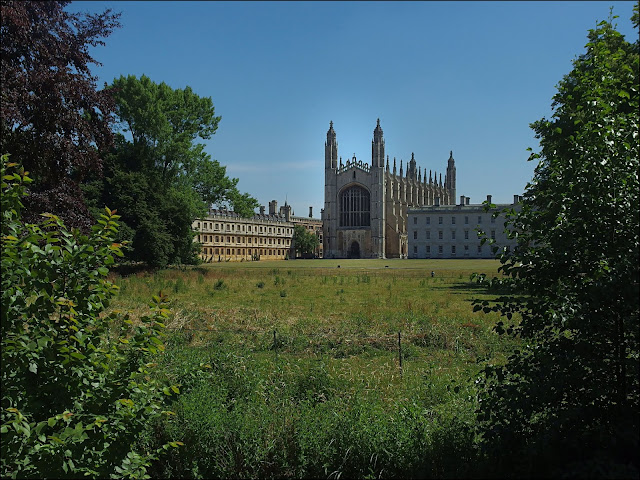 Just across Silver Street lies Queens' Green, which gets its name from Queens' College. A thin strip of public land runs along behind King's, Clare and Trinity Colleges, though most of the land here belongs to the colleges, though you can get down to the river in a couple of places. It gives iconic views of King's College Chapel. Only St John's College shuts you out completely and you have to take to the streets to get around to Magdalene Bridge. 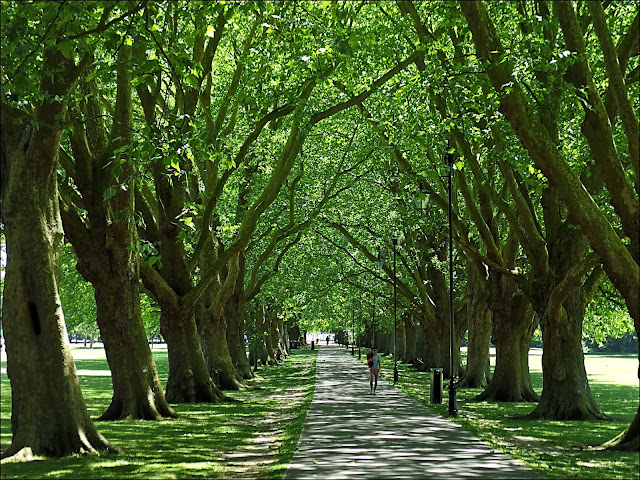 From the bridge you can take the riverside boardwalk around to Jesus Green with its magnificent tree-lined avenue. Of more interest to me on this warm day was the ice-cream kiosk. 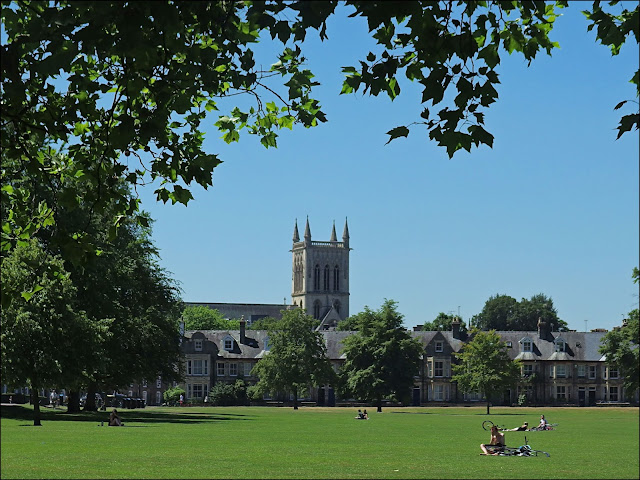 The chapel of St John's College soars majestically on the skyline. Jesus Green never gets crowded apart from the stretch along the river. It also has tennis courts and an outdoor swimming pool. Today the tennis courts were being used by two extremely proficient players, unsurprisingly they were not speaking English! 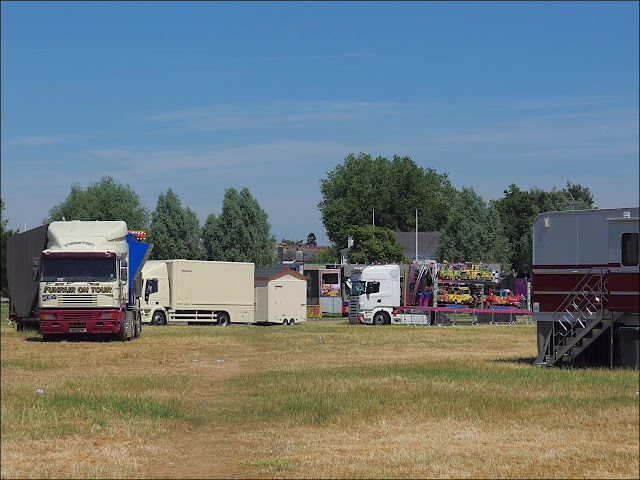 On the other side of Victoria Avenue lies Midsummer Common which gets its name from the fair which is held there for a week around the time of the solstice. They were busy packing up to leave when I was there. The grass of the Common takes a lot of punishment at this time of year, Strawberry Fair was held in the same place earlier in the month. 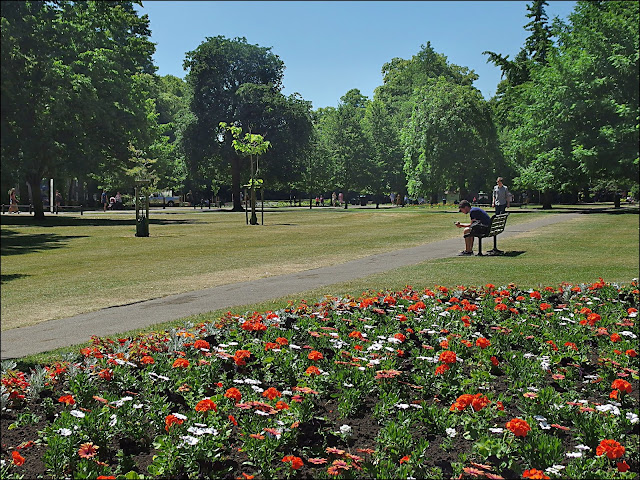 Next we cross Christ's Pieces (pieces of land once owned by Christ's College) where there are always terrific floral displays, as well as a rose garden dedicated to the memory of Diana, Princess of Wales. 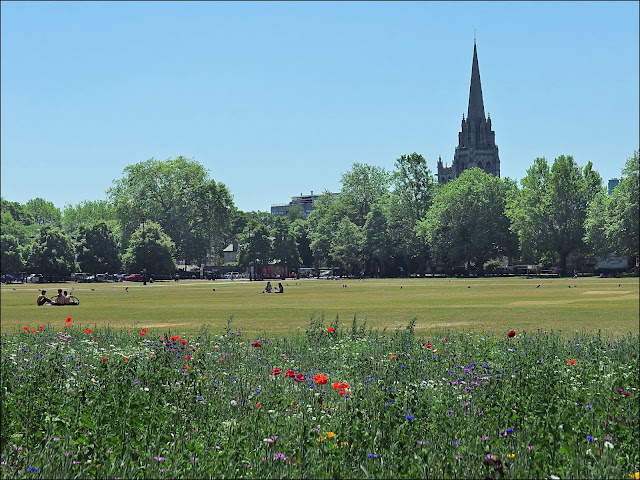 And finally we come to Parker's Piece where Jack Hobbs learned his cricket and the rules of Association Football were first formulated. It came into the city's ownership back in the seventeenth century after a deal with Trinity College to exchange it for land down by the river, where the college's library now stands. These negotiations took 66 years! The park is named after a college cook who previously had the rights to farm the land.

A short walk along Hills Road completes a circuit of about 5 miles (8 Km) of which just over 1 mile is on roads (though you could easily increase the overall distance by taking less direct routes through the various parks).

Posted by John "By Stargoose And Hanglands" at 07:19