About three-and-a-half years ago I went on a walk which took me through the village of Ashdon in North-West Essex and it sparked memories of a book I'd read a long time ago. I wrote about it on this blog and it received lots of nice comments from regular readers. But over the years there's also been an occasional comment from strangers to the blog, but not strangers to Ashdon or to the book. So here's the original post once again with welcome interjections from those unexpected visitors....... 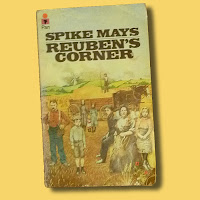 "Reuben's Corner" is one of those tatty little paperbacks that has hung around for a long time, has been picked up on countless occasions and is now looking rather the worse for wear. It's a simple story of Spike Mays' childhood in the early part of the twentieth century. The reviewer from The Sunday Times, no less, thought it a better book than 'Cider with Rosie', so it's a mystery why it has so long been out of print; though second-hand copies are available at very reasonable prices. And Mr Mays just happened to grow up in Ashdon, in Steventon End, Ashdon to be precise. I've long wanted to pay a visit to see if anything remained of Reuben's Corner.


I don't usually take much notice of Anonymous but I was glad to receive this information:

If you weren't aware, Mays's book has recently been republished (by Abacus) with a 'Misery Lit'-style cover and cringeworthy renaming: "The Only Way Was Essex". Available now from all good booksellers, tax-dodging online retailers and doubtless an aisle in Tesco, alongside all those other identically-marketed "We was poor but happy" memoirs.
(non-British readers may need to know that The Only Way IS Essex is the name of a TV programme in the UK - no, you don't want to see it!)


Walton's Park was where Spike Mays worked as a houseboy on leaving school. By poking a camera over the top of the wall I was able to get a view of the house. 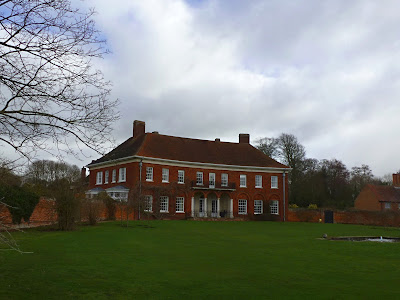 Used to live in Ashdon as a small child (my father built four bungalows there, and we lived in one), and have followed the hunt across the land belonging to Waltons Park. Wonderful memories! Thanks for reviving them!

I walked on past Place Farm, where he worked later. In the prologue he remembers the farmhands walking to work in the early morning - Toe-Rag Smith, Walt Stalley, Poddy Coote, Wuddy Smith - their cheerful voices and the plod of their hobnailed boots on the gravel road. No sound of boots now; everyone had driven off in their cars to work in town. Instead a woman jogged by in pink running shoes!

I have just discovered this - albeit a bit late in the day - and was delighted to see Toe-Rag Smith get a mention. He was my Great-Grandfather! 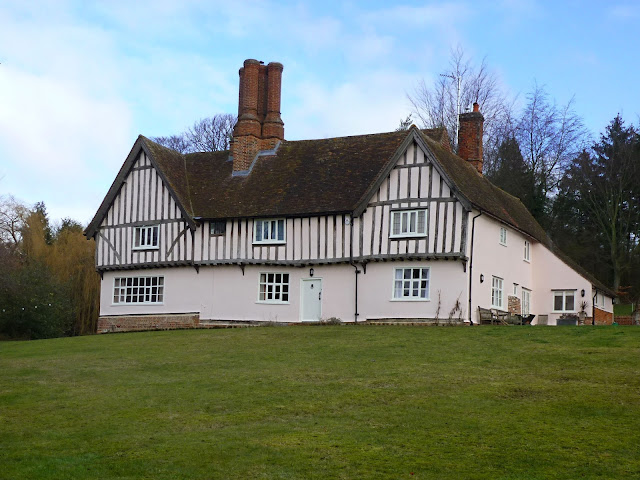 But, thanks to the book I suppose, Wuddy is not forgotten - Wuddy's cottage on the corner now bears his name.... 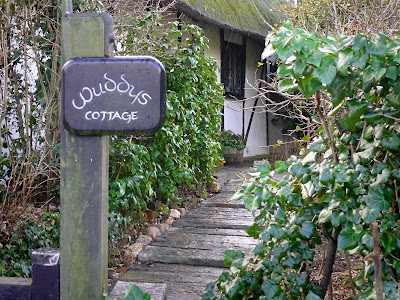 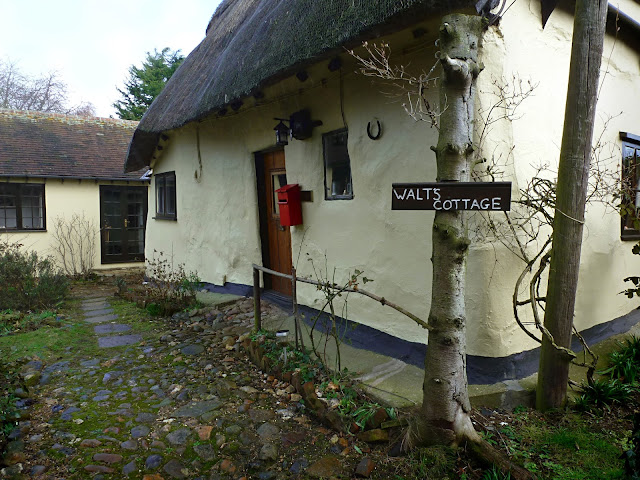 ....though of The Bonnet pub, which the author recalls fondly, the only evidence is now the sign on the wall of what is now a private house. 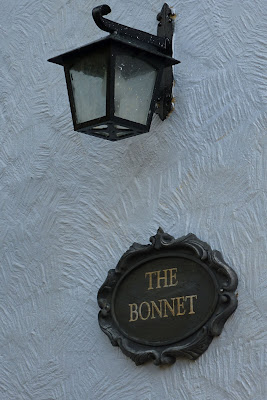 I wonder how often the inhabitants of these idyllic country retreats think about the real lives lived by the former occupants. For the book documents a lot of suffering too - the malnutrition, the poverty, the dreadful price paid by many in the First World War.

My mother Marion Weir 'found' Spike for Eyre Methuen when general book editor there and editing Colonel A D Wintle's diaries. (Spike was his batman in the Royal Dragoons). All Spike's books are still a brilliant read and it is marvellous that he is still in print. 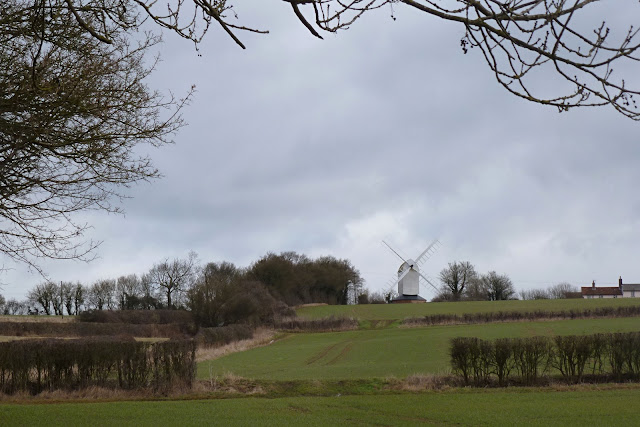 The windmill which is mentioned in the book is still to be seen looking down over the village. The postmill has now been fully restored to something like its former glory. 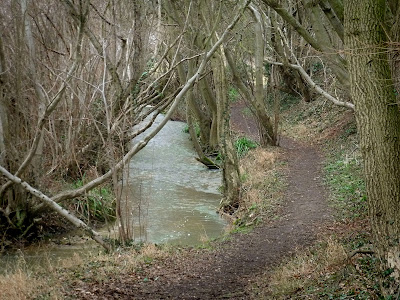 Wandering on, lost in my thoughts - and lost geographically too, as it happens - I strayed down beside the little River Bourn. What a wonderful place to spend ones boyhood even now. Especially now, in fact, when good food, good housing and a good education can be taken for granted by so many. I promised myself that I would return in spring or summer. (I still haven't done that).

Kathy Bowry was back again on 2 April 2015 to give a further recommendation: 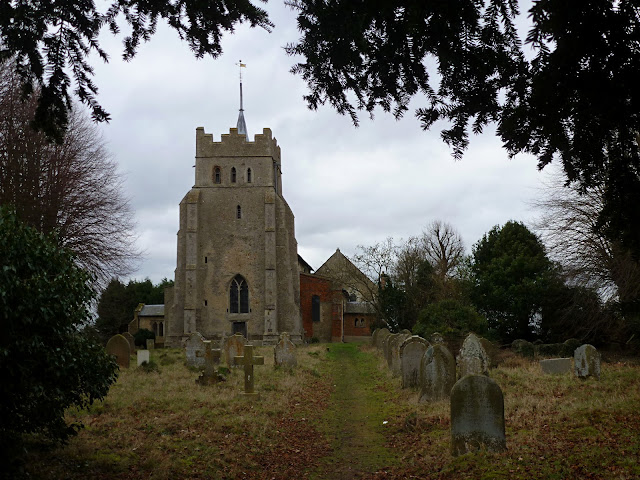 I eventually arrived at where I'd hoped to be, the village church. I didn't find any gravestones inscribed with the name of Mays, but several other surnames mentioned in the book were there. There was just one more place I'd hoped might still exist and my way out of the village would lead me to the site. And there it was.... 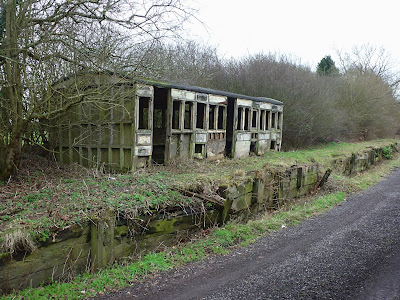 ....Ashdon Halt, where the railway once passed near to the village. The cinder trackbed was still there with the platform alongside, as well as the old railway carriage (the remains of it, at least) that once served as a waiting room.... 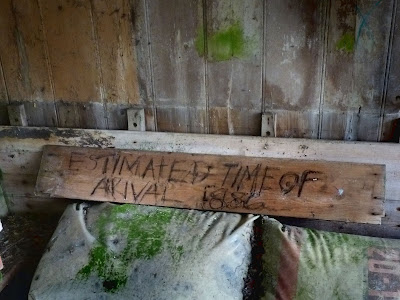 I also bought a copy of "The Only Way Was Essex" only to find it was a reprint of "Reuben's Way", itself (presumably) a reprint of "Reuben's Corner". I also googled Mays to find your excellent account of your "pilgrimage". I will be following in your footsteps . . . Richard Church in the Foreword mentions S L Bensusan who wrote about estuary life in Essex..... Finally may I recommend Out of Essex by James Canton, particularly the chapters on Shakespeare and J A Baker.

Thanks again to everyone who has visited and commented.

Posted by John "By Stargoose And Hanglands" at 07:43