A Stroll Through Newnham College 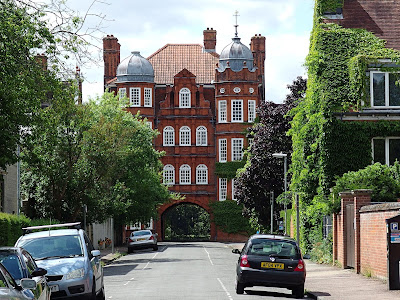 I recently found myself in a part of Cambridge where I seldom venture; not because it's remote or inaccessible but just because I have no reason to be there. However I knew there was something very special to see, as I used to go there many, many years ago. Soon I was making my way along Newnham Walk towards an impressive entrance. 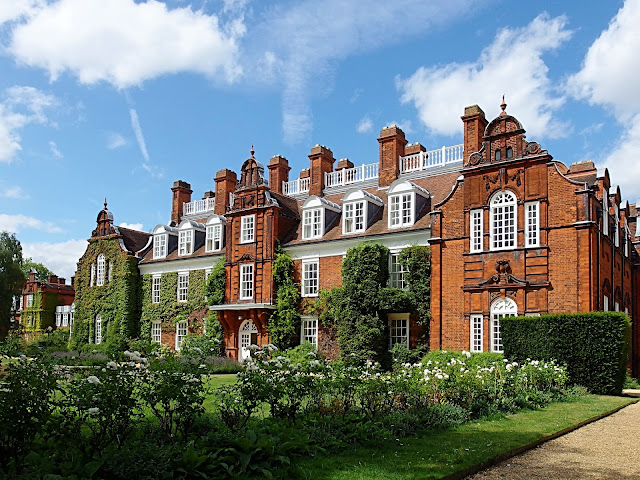 Not many tourists find their way here either, even though it's less than ten minutes walk from Queens' College which is very firmly on their itineraries. So if you're ever on Silver Street bridge just wander away from the city, cross Queens Road and go along Sidgwick Avenue to Newnham College. 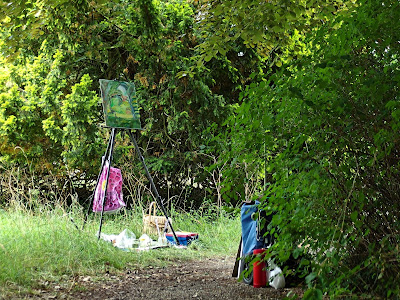 On the sunny July afternoon when I visited there were a few elderly ladies making landscape paintings but no other visitors at all. This time of year, after the exams have finished but while the gardens are still at their best, is the ideal time to inspect all the college gardens. Kings Parade was seething with tourist groups but here there were none. 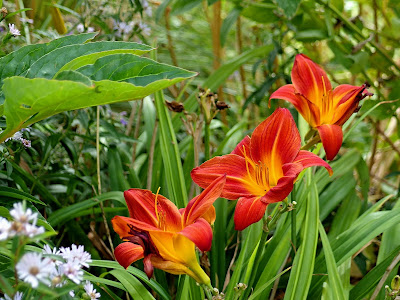 Now, how is it that I used to come here to one of the leading ladies' colleges in the University of Cambridge? No, it's not what you're thinking (unfortunately), it's simply that my mother worked here, cleaning the students' rooms, for a while and as a schoolboy I sometimes came with her in the holidays. 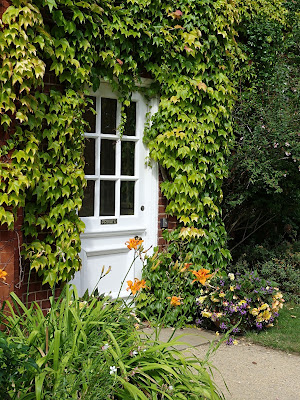 Her boss was a sour-faced old spinster whose only satisfaction in life seemed to be ensuring that the young ladies in her care had as miserable a time as she undoubtedly had. She would have been even more grumpy had she known how many muddy footprints my mother removed from the windowsills every morning! 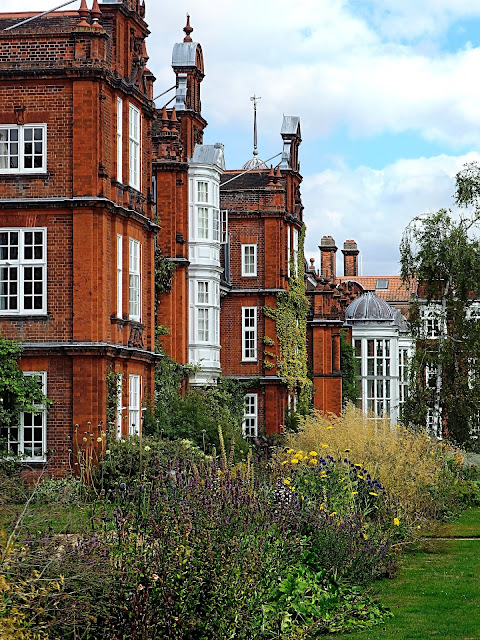 But, like those nocturnal visitors, we digress. Newnham was founded in 1872 as a house where women who wished to attend University lectures could reside. These women were not members of the University and could only attend at the discretion of the lecturer. One of those who championed the rights of these young women was Henry Sidgwick of Trinity College who went on to be co-founder and long-time benefactor of the college. 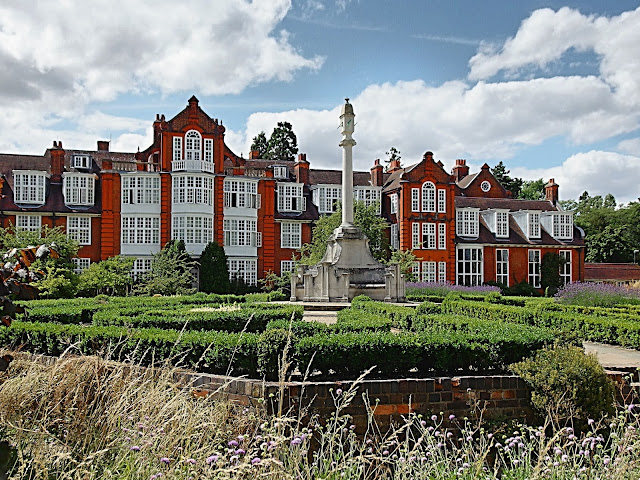 Land was purchased and buildings erected as the new college expanded. Luckily the architect Basil Chamneys was employed at the outset in 1875 and continued to design further developments for the next thirty-five years. This gives the various buildings a wonderful unity. 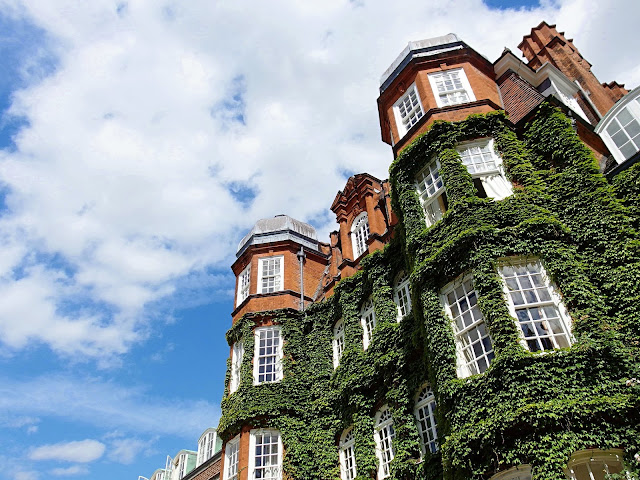 Basil Champneys designed buildings in an array of different styles but for Newnham employed what was known as "Queen Anne revival". In other hands this style often became a bizarre parody of itself but at Newnham everything is light, poised and tasteful. 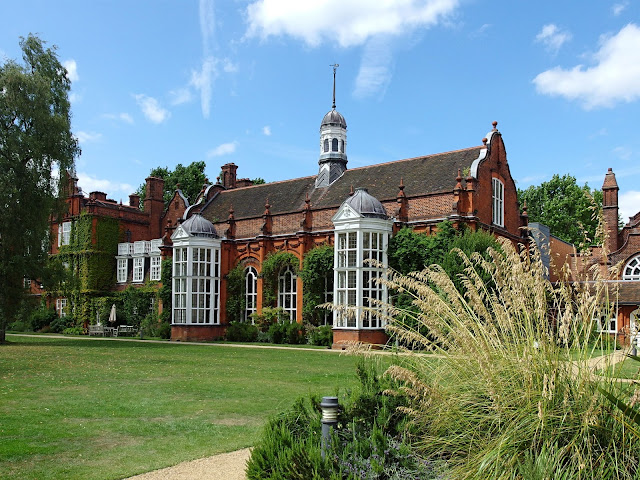 The more central colleges have quite cramped sites but here there are huge lawns and spacious gardens to wander in. The only areas where one is not allowed to intrude are those left for wildlife; an innovation not seen elsewhere. 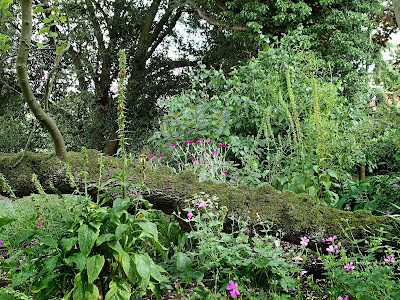 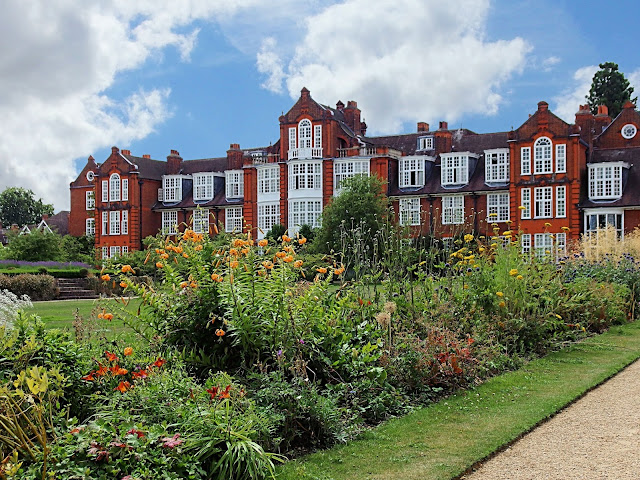 Posted by John "By Stargoose And Hanglands" at 11:03