In Cambridge With A Camera

I often find myself in Cambridge with a camera. I am not alone in that. You'll see more cameras than shopping bags in Cambridge, particularly during the summer months. They mostly all take the same pictures though. So here are some from the archive that I've never seen anybody else taking..... 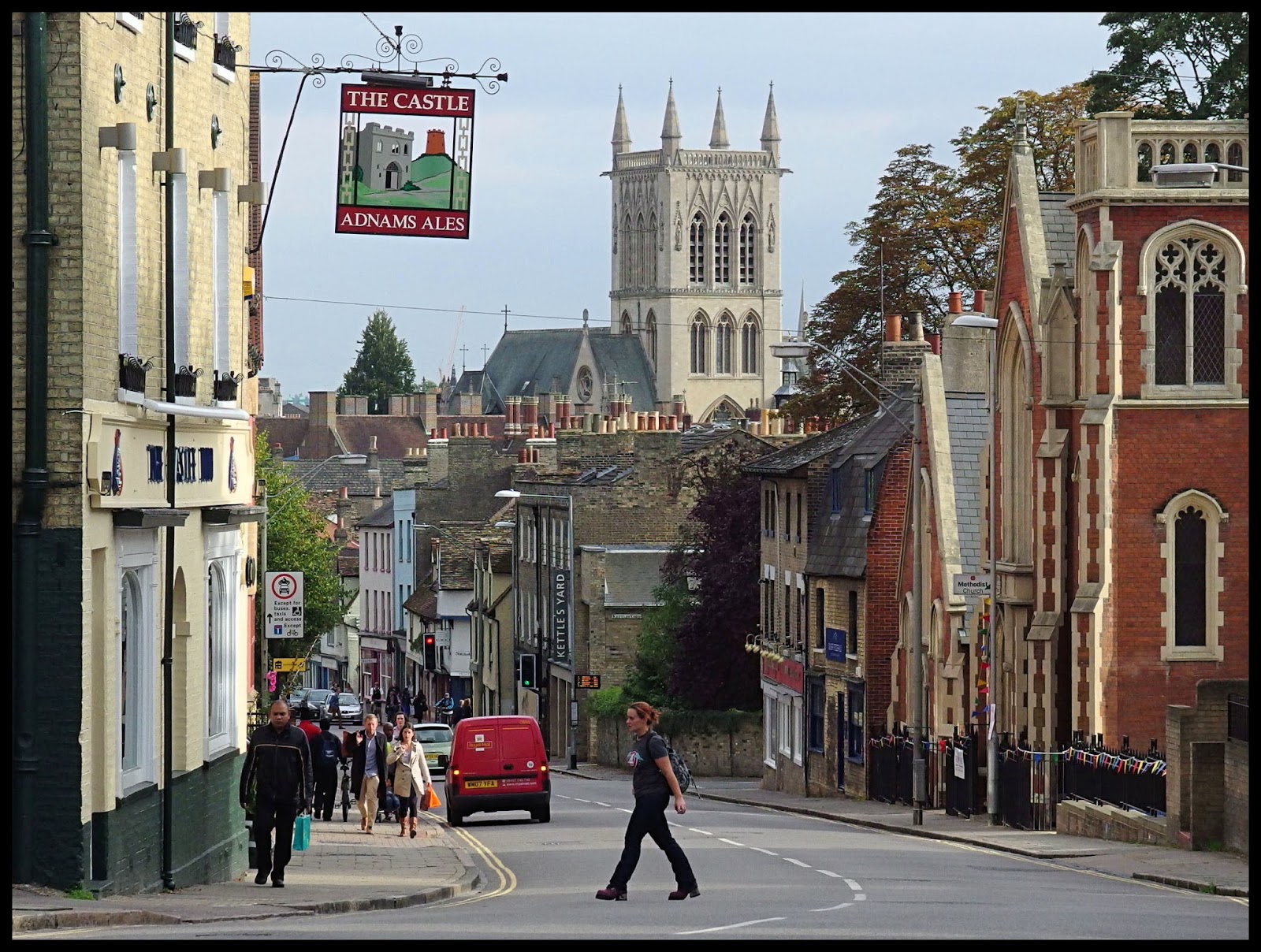 The view from Castle Hill, looking towards St John's College Chapel. All that remains of the castle in question is a big heap of earth, though there is a pub called The Castle as you can see. 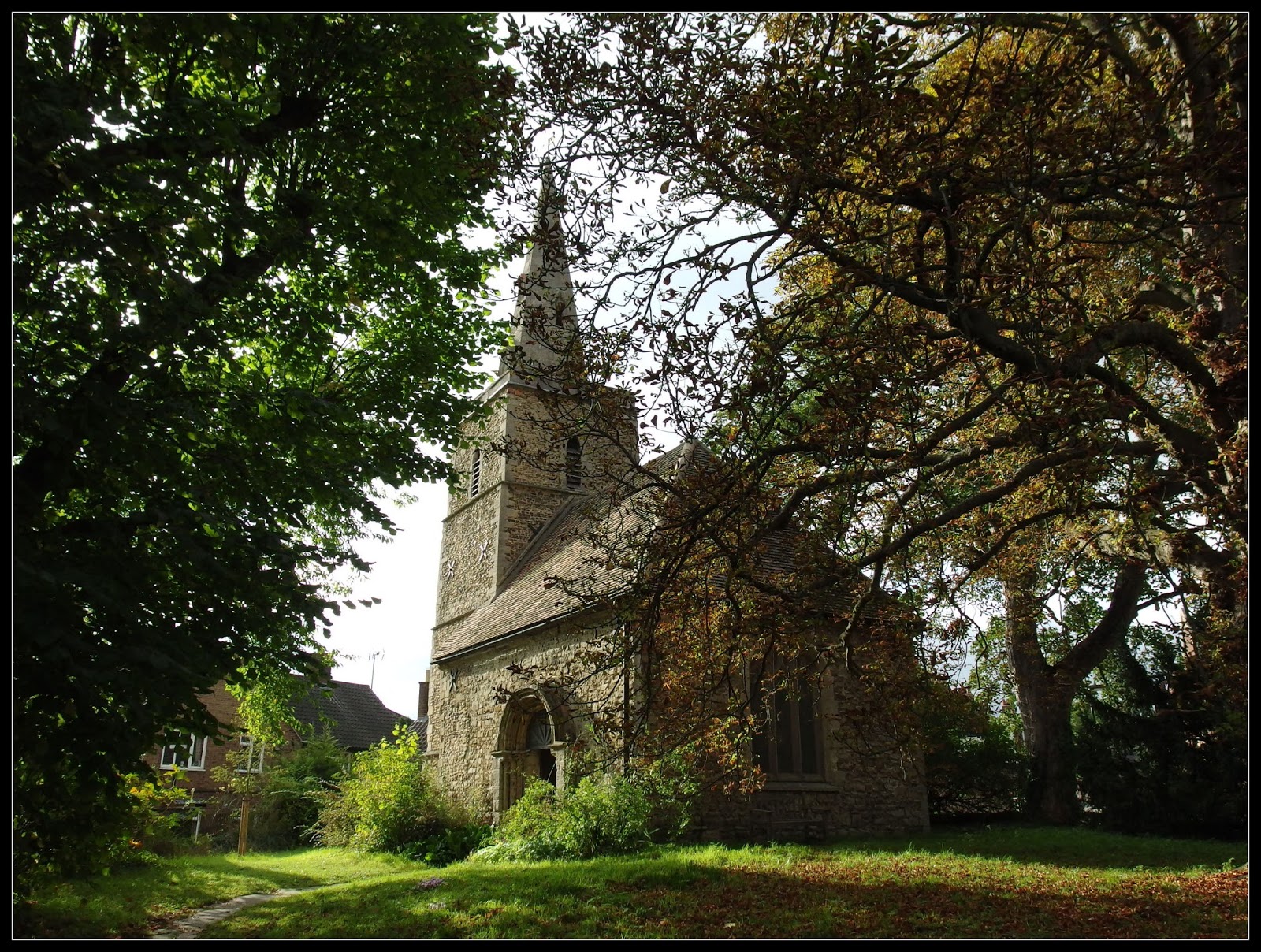 Perhaps the most perfect little church in Cambridge, St Peter's. No longer in use but cared for by the Churches Conservation Trust. 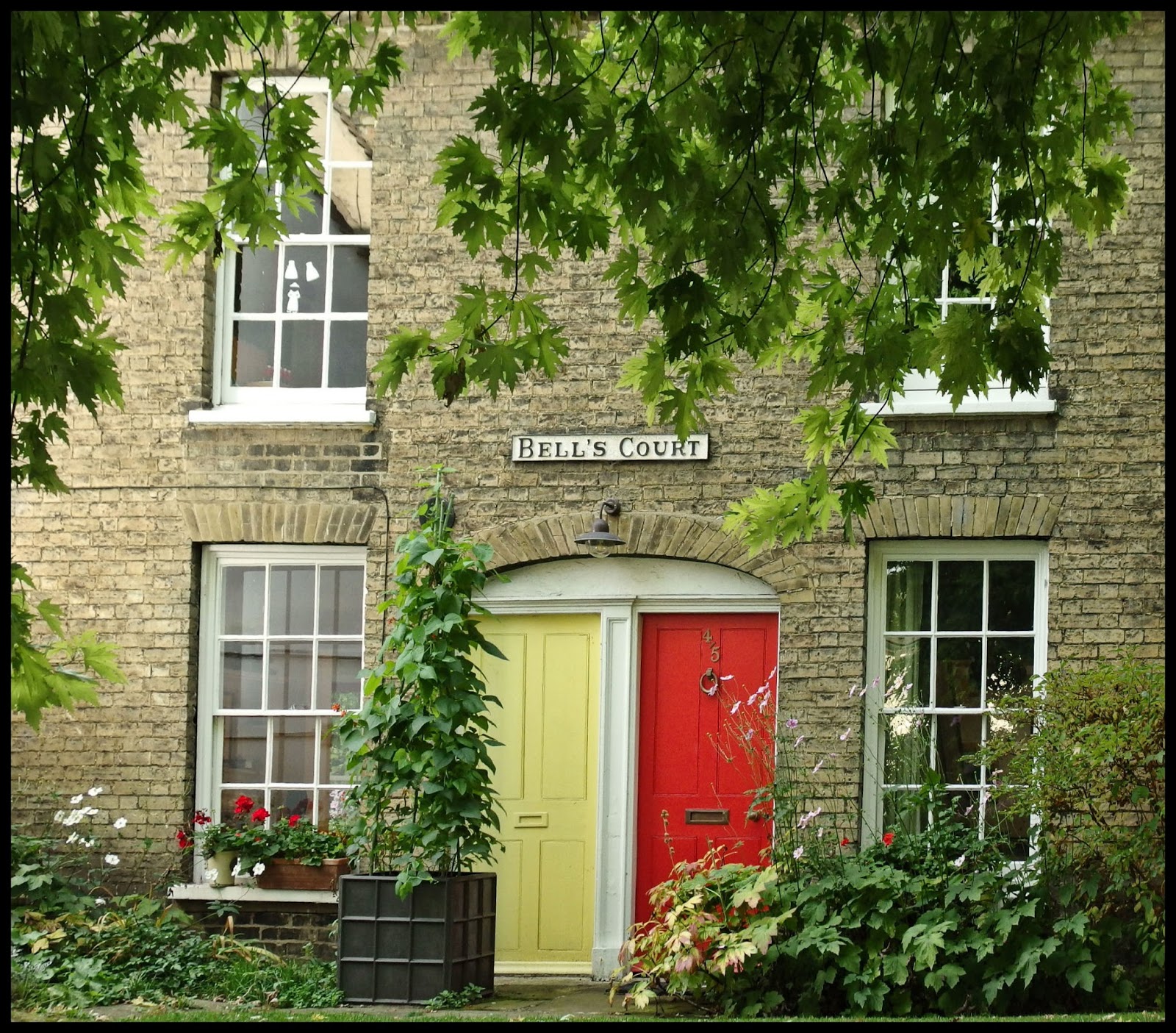 The city is full of nooks and crannies for the inquisitive explorer, some houses being tucked away where they can only be reached by walking down footpaths and passageways. 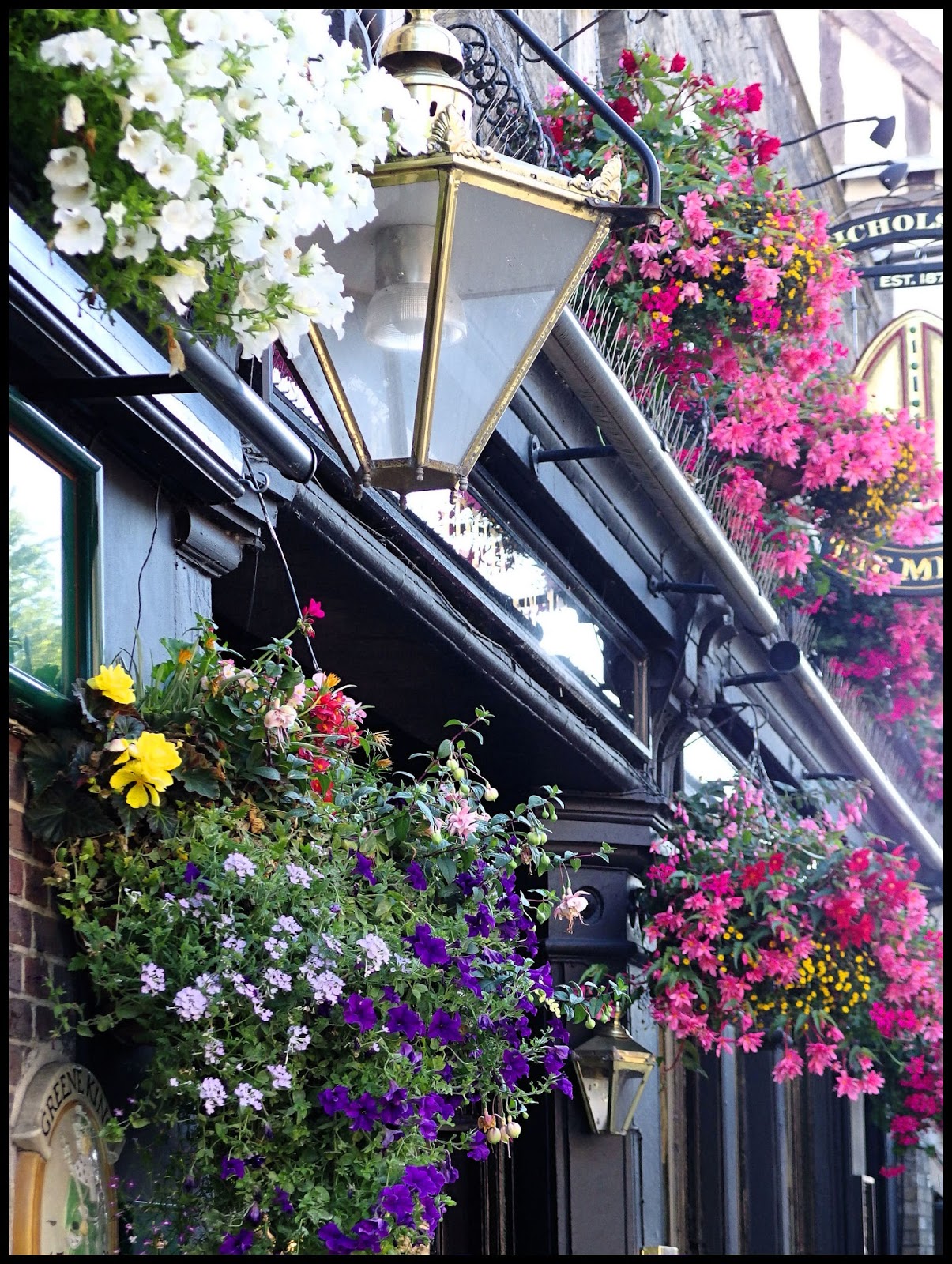 A floral display outside a pub. Back in the 1970s two friends and I visited all the pubs within the city boundary - all in the interest of research, you understand. I think there were about 120 pubs back then, though somehow my memory is a little hazy about some of the details. We undertook this task on bicycles and, as far as I remember, only fell off once! The pubs haven't survived as well as us - there are now only 85 of them. (If you read this, Graham or Paul, please feel free to contact me with more details!) 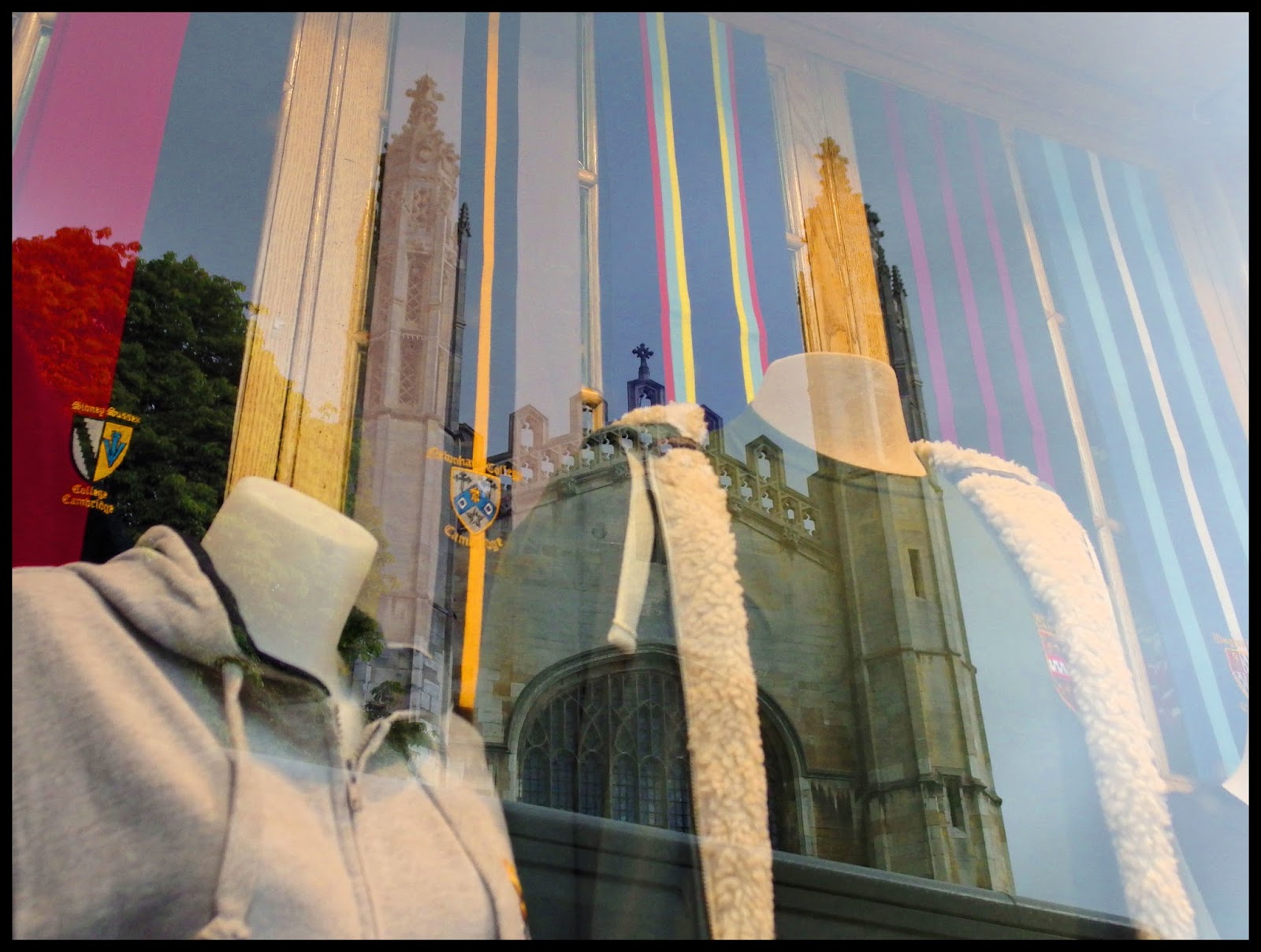 A shop selling college scarves and robes, with that well-known building determined to get in on the act. 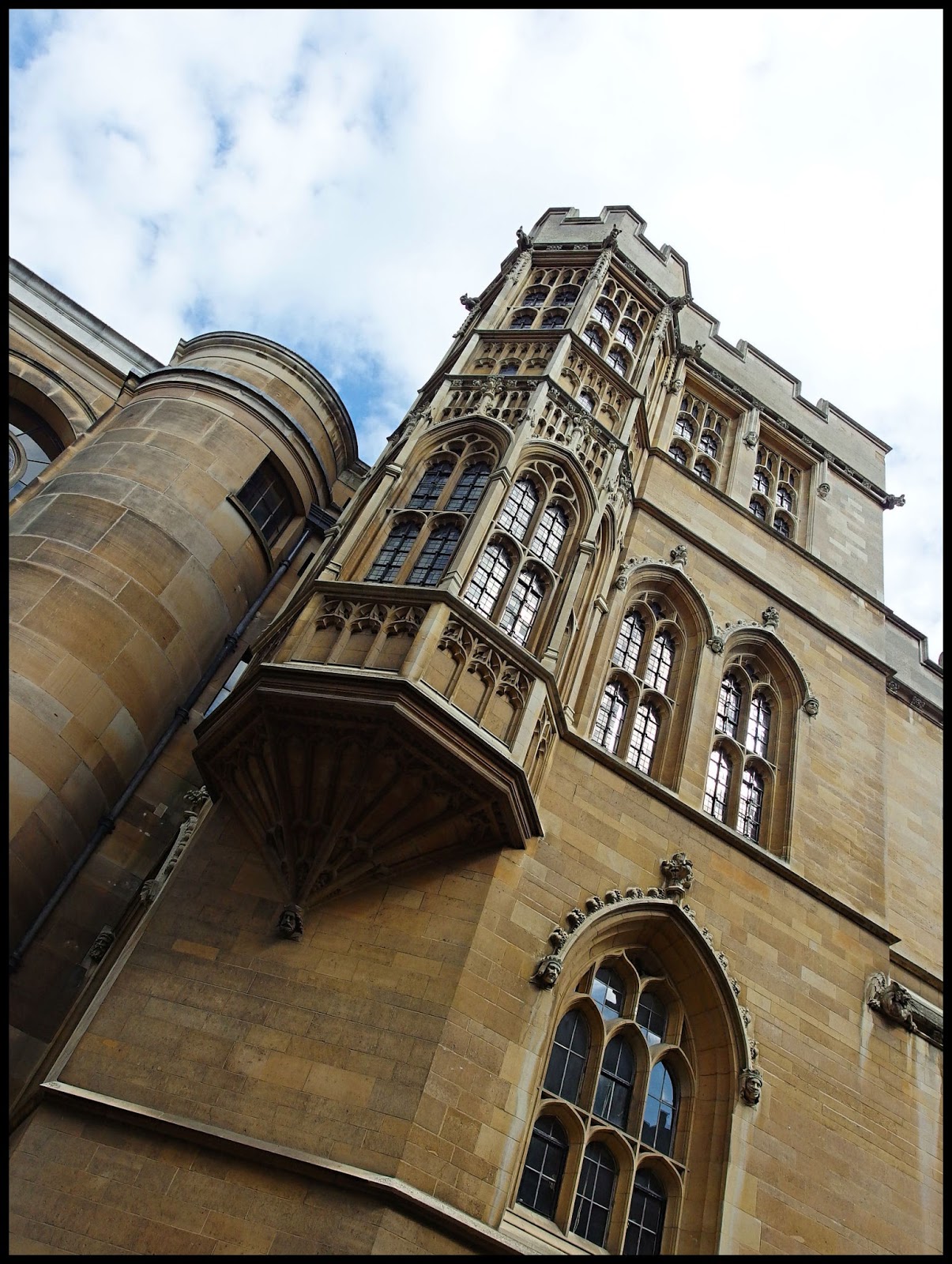 On the street leading around to King's is this marvellous arrangement of windows which nobody seems to notice, their sights being set upon visiting the Chapel. 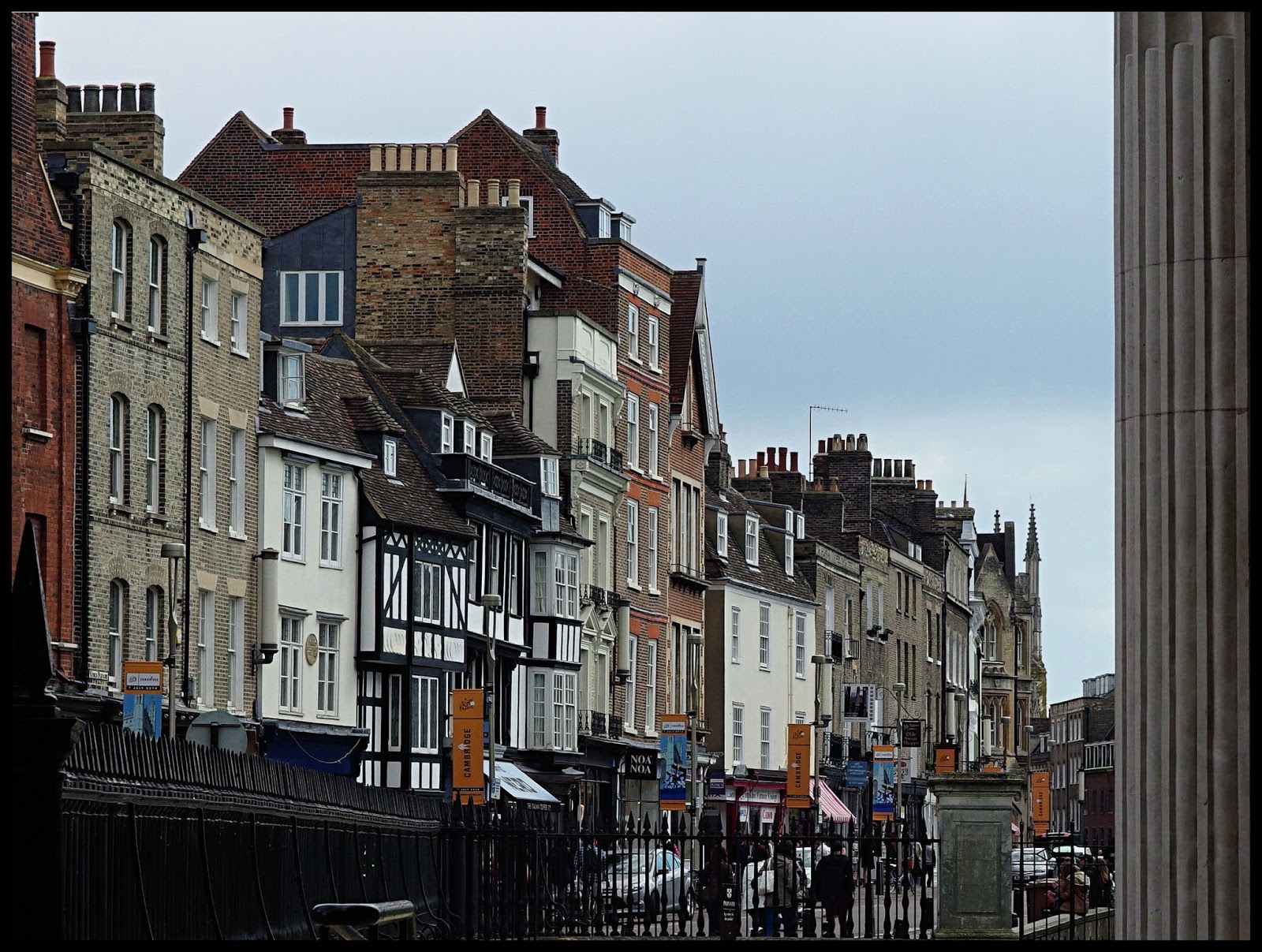 And here's an odd and unusual view of King's Parade; the side where the shops are rather than the side with all the college buildings. For those who know Cambridge this view can be sneaked from near the Senate House. 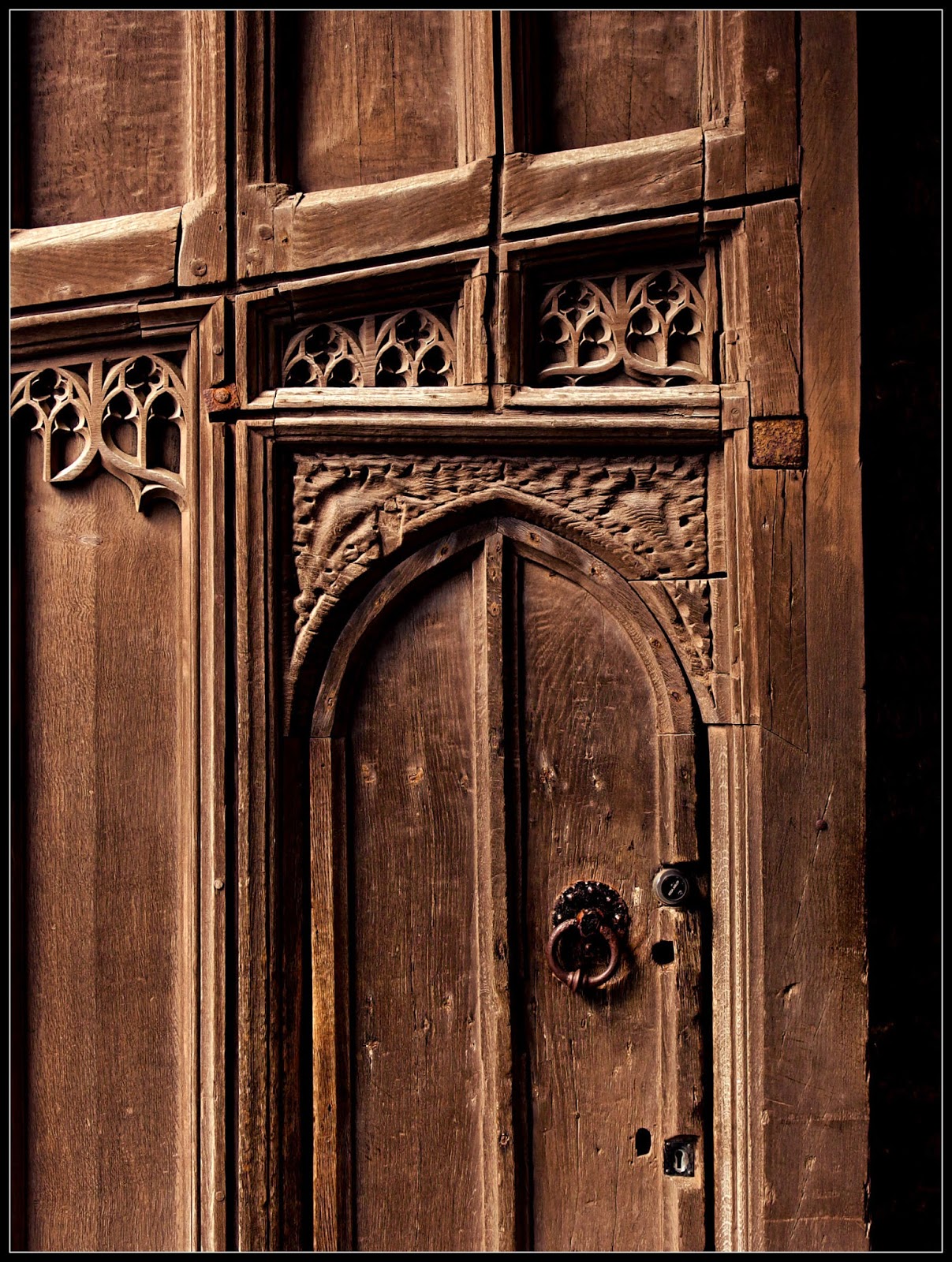 Just a door on the Old Schools building, full of character but suffering from its proximity to grander and more pompous feats of architectural achievement. 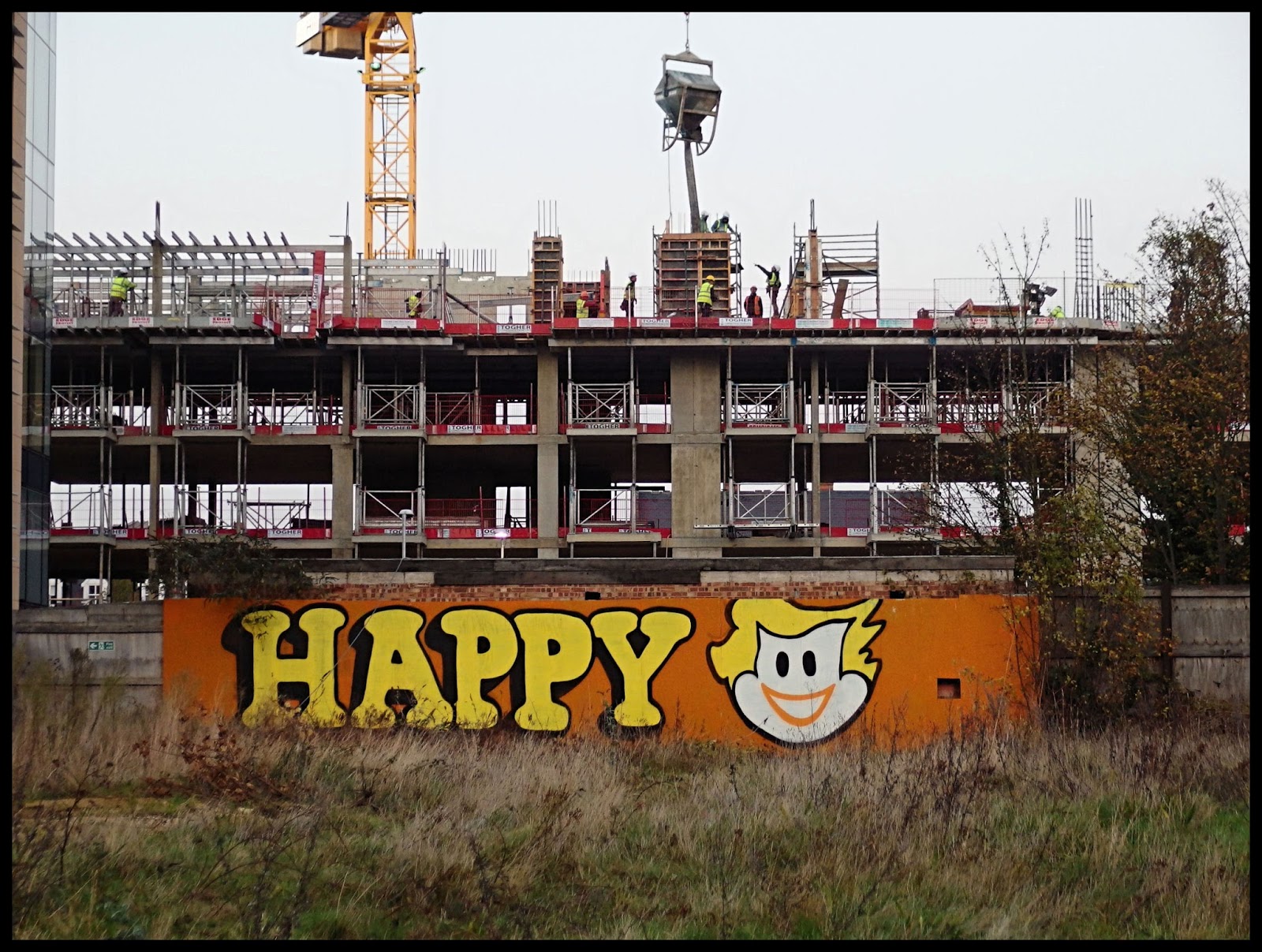 And the charm of the ephemeral.
Be Happy!


And take care.
Posted by John "By Stargoose And Hanglands" at 19:55