The Day The Music....Came Alive!

Mum was doing the ironing. The radio was on the Light Programme. Suddenly a piece of magic; music like I'd never heard before. Mum said it was a man with a strange name - Buddy Holly. They played several Buddy Holly songs that day. I didn't ask why. 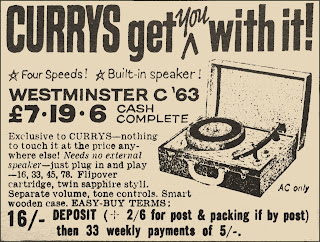 I'm sitting by the open window listening to "Pick Of The Pops". I'm writing down the Top Ten. The record playing is "Rag Doll" by The Four Seasons. I pestered my parents for a record player but they cost lots of money. Linda Pearce had a record player and a Cliff Richard LP. She put it on when we went there once. 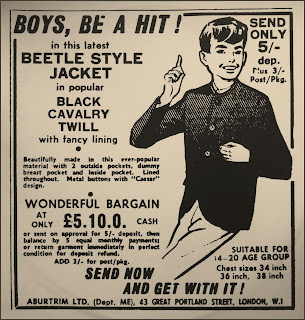 At primary school boys started talking about The Beatles. Some of the boys had televisions at home and had seen them sing on Thank Your Lucky Stars. We didn't have a television, but our friend Tim's big brother, Alan, had some Beatles records. 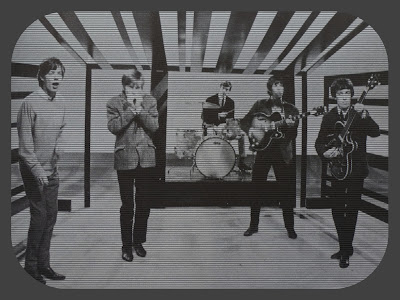 Then in someone's house I saw this lot on the telly. I couldn't take my eyes off the singer, wild and energetic. Dad said I couldn't grow my hair long. Dad said the Rolling Stones would soon be forgotten. "They won't be jigging around like that when they're 40", Dad said. 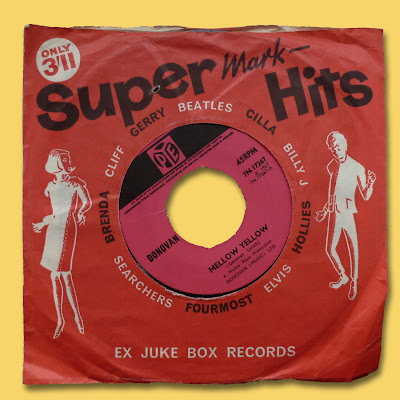 Then one Christmas I got a record player. A Dansette Viva with autochanger and tone control. £14.14s.0d. in Kays catalogue. Records soon followed: Colours by Donovan, Get Off My Cloud by The Rolling Stones, Mirror, Mirror by Pinkerton's Assorted Colours (oh dear!). 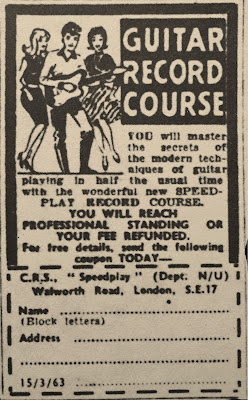 I wanted a guitar. I learnt the words to the latest songs. I used to run away when Mick Taylor came to the house to cut my hair. Eventually I got hold of a mouth organ and tried to play 5-4-3-2-1 by Manfred Mann. I thought I could play it too, near enough. 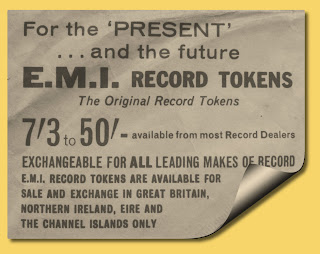 Then I began discovering the delights of record shops (I've never grown out of it!). Millers in Cambridge was the specialist shop, but my friend's brother's girlfriend worked in the record department of Boots and allowed us to spend half the afternoon in the listening booths without any intention of buying, till the manager came and turfed us out. 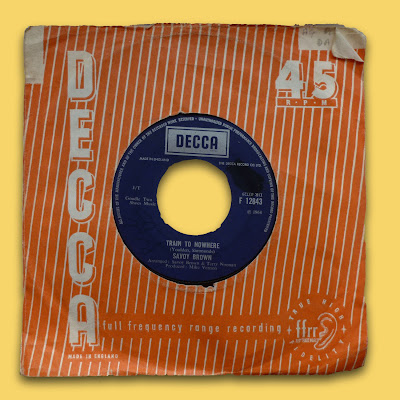 The world was changing fast. Our tastes were running to obscure songs that never made the charts.  Albums became more sought after than singles. The shops couldn't keep up. But Andy started selling albums (as we learnt to call LPs) by obscure bands (as we now called groups) from a stall on Cambridge market. And another savvy young man started advertising in Melody Maker and selling albums by mail order. He was called Richard Branson and he called his operation "Virgin", you may have heard of them.